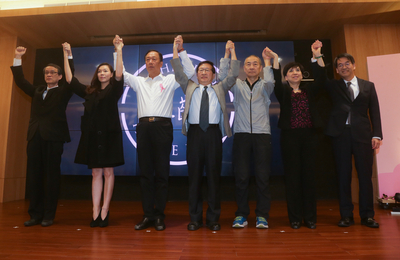 Gou plans to establish a special medical research zone in Kinmen with BGI, CNA reported. Further details about the zone will be announced in two months.

Gou said that his initial goal is to improve research for breast cancer and then expand to leukemia, according to UDN reports. With assistance from hospitals, university researchers at National Taiwan University Cancer Center and Taiwan’s biotech industry, Gou hopes to bring better precision medicine to Taiwanese suffering from cancer.

His focus on breast cancer is in memory of his first wife Serena Lin (林淑如) who succumbed to the disease in 2005 at the age of 55. Gou’s younger brother also died due to leukemia in 2007. Gou chose Sunday to make the announcement as it was the 12th anniversary of Serena’s passing. He is currently in discussions to cooperate with Japanese researchers who have developed technology currently in clinical trials that can more accurately detect breast cancer, but it can take up to five years to complete the trials. Gou hopes to bring the technology to Taiwan next year, but cited laws and regulations may delay plans.

Breast cancer is the most common cancer among women in Taiwan and is the fourth-leading cause of death with a rate of 69.1 per 100,000 each year.

BGI president Wang Jian (汪建) said that he hopes the cooperation will lead to success in the next five to ten years. BGI is an independent research institute with five sequencing centers in China and three more in the U.S., Australia and the Netherlands.

Gou previously pledged to donate more than 90% of his fortune to fund social causes. He said that he has no limit to the amount he is willing to contribute to fight cancer. 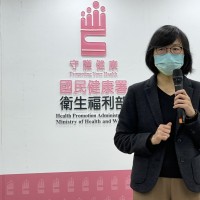