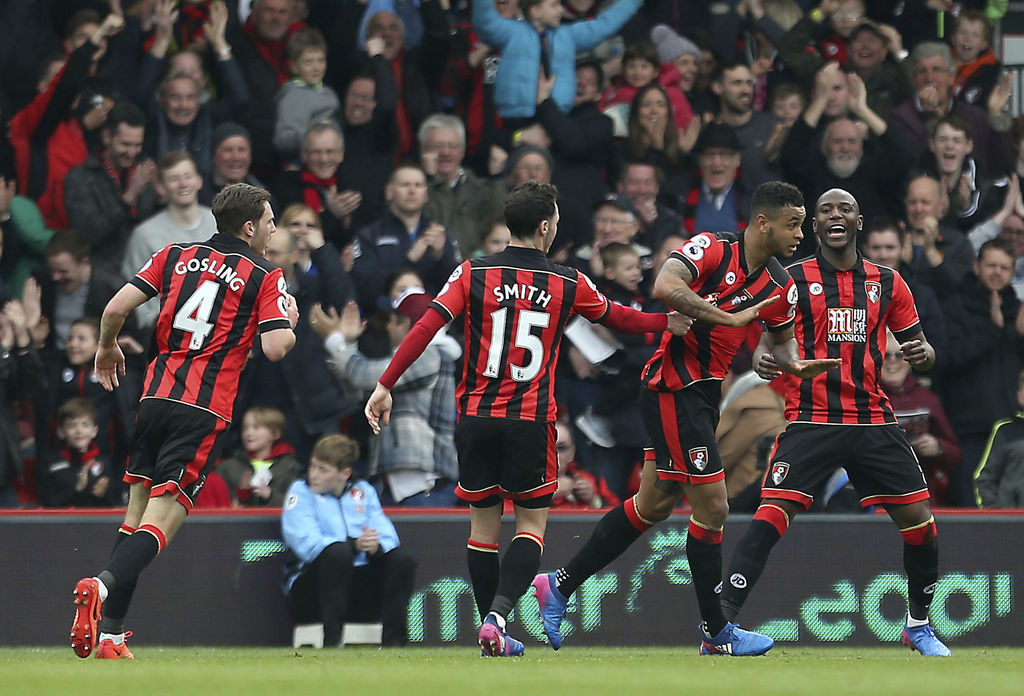 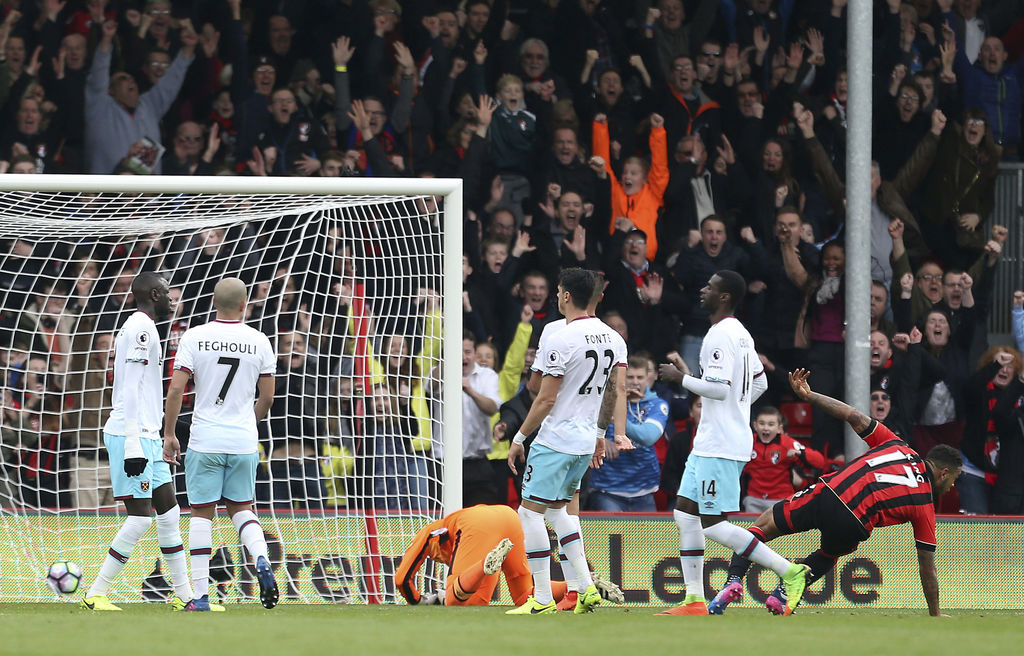 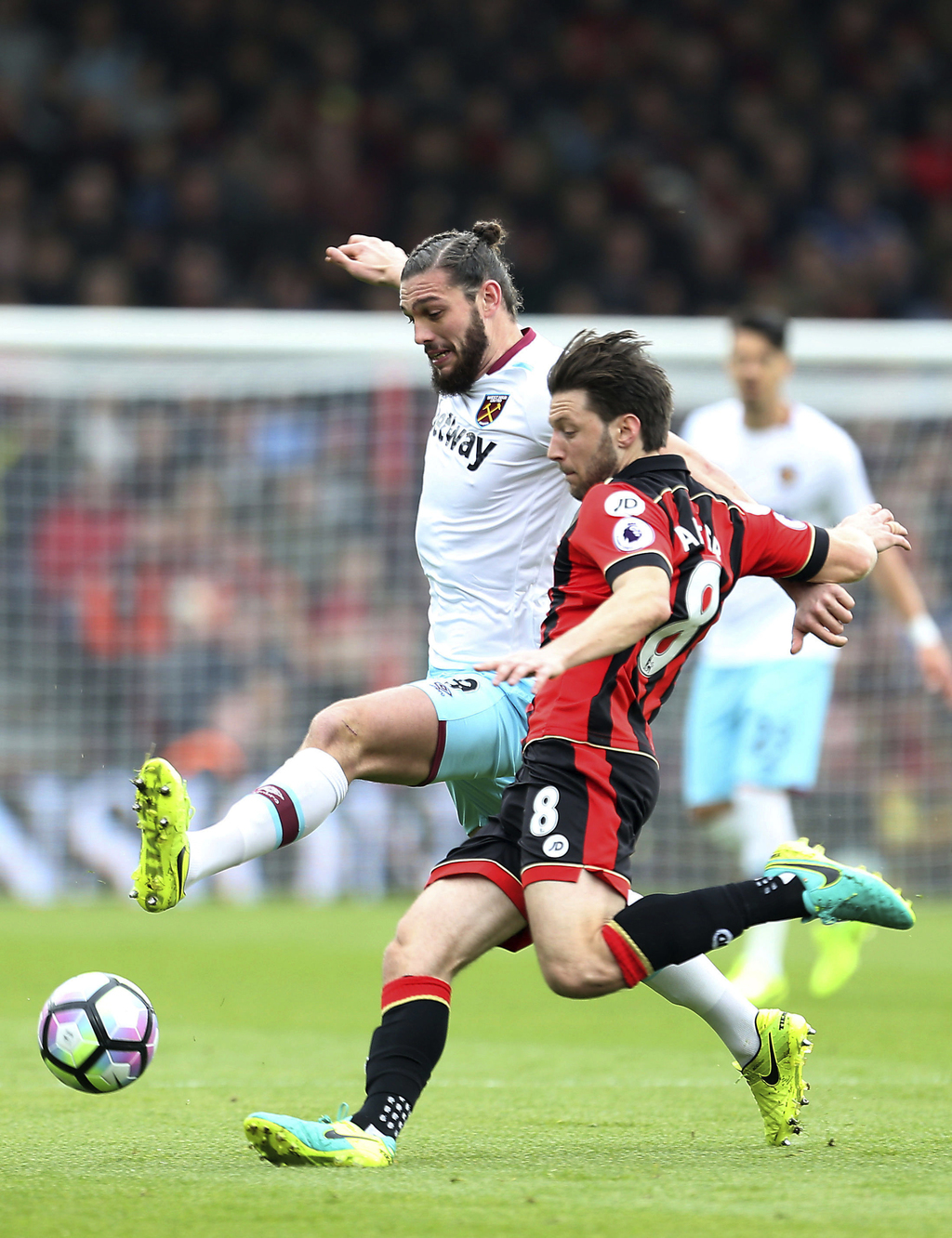 Joshua King scored a hat trick to lift his tally to eight goals in his last seven games.

Bournemouth scored all seven of its previous spot-kicks this season but failed on two in a half-hour.

It didn't matter as King hit a last-minute winner to complete his treble — canceling out strikes from Michail Antonio and substitute Andre Ayew for mid-table West Ham — as Bournemouth secured its first success of the year at the ninth attempt.

The Cherries were gifted the chance to take the lead after only eight minutes when Sofiane Feghouli needlessly hauled down Charlie Daniels in the area. King side-footed his penalty horribly wide.

Jose Fonte then gave away the softest of penalties when sticking out a leg as Marc Pugh darted past him.

This time Benik Afobe stepped up, only to roll his effort into the arms of the diving Darren Randolph.

Bournemouth is 14th, six points clear of the relegation zone.