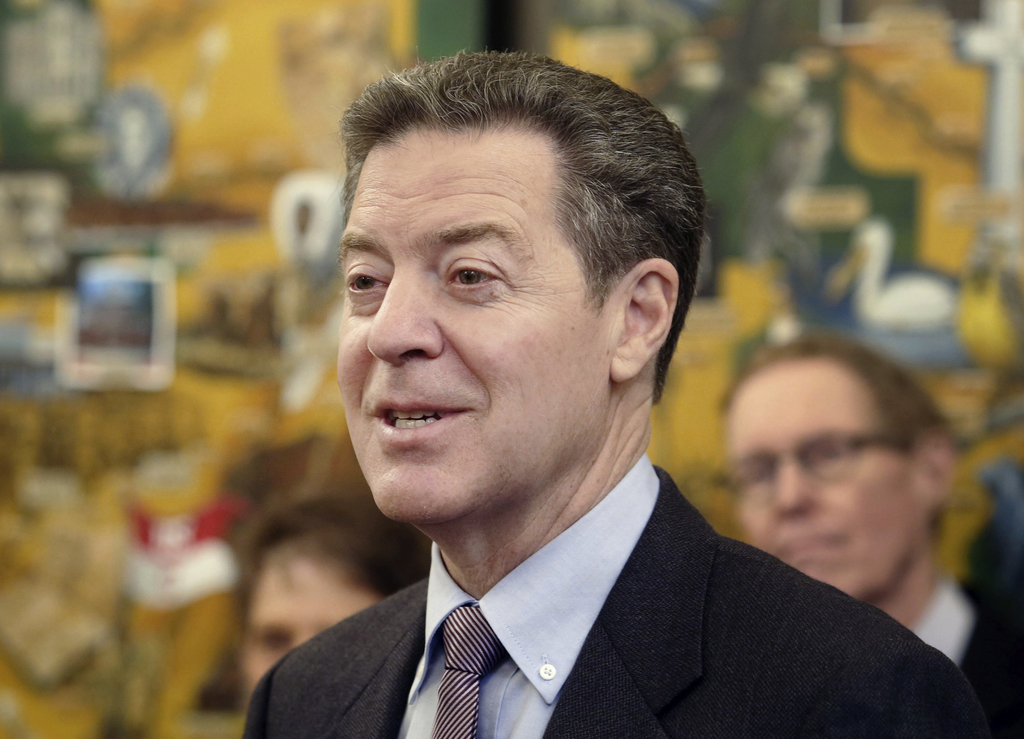 TOPEKA, Kan. (AP) — As Kansas legislators debate raising income taxes to fix the state's big budget problems, they're not tying any of their plans to whether Republican Gov. Sam Brownback departs for President Donald Trump's administration.

Sure, they're buzzing over recent news reports about whether Brownback will land an ambassador's post in Italy and speculating about how strongly a newly promoted GOP Lt. Gov. Jeff Colyer would defend past income tax cuts championed by Brownback. But that isn't affecting bipartisan groups' efforts to come up with an income tax increase that has enough support in the Republican-controlled Legislature to override any governor's veto.

Lawmakers are looking at increasing income taxes because Kansas is facing budget shortfalls totaling more than $1 billion through June 2019. Brownback vetoed one such plan last month. The Legislature failed to override his veto because the proposal didn't have the needed two-thirds support in the Senate, though it did have enough support in the House.

"It really doesn't matter who's on the second floor," said Senate Vice President Jeff Longbine, a moderate Emporia Republican, referring to the location of the governor's office in the Statehouse.

Reports this week about Brownback suggested he is in line to become the U.S. representative in Rome to three United Nations food and agricultural agencies. Neither Brownback nor Colyer are commenting.

Colyer is a fellow conservative Republican who ran on Brownback's ticket in 2010 and in 2014.

The lieutenant governor says he's focused on supporting Brownback. He added, "Let's make sure that we solve the budget issue, that we grow the economy, we look after Kansas families."

Kansas' persistent financial woes arose after GOP legislators slashed personal income taxes in 2012 and 2013 at Brownback's urging. After some voters soured last year on the tax-cutting experiment, Democrats and GOP moderates have solid majorities in both chambers if they work together. Nearly a third of the state's lawmakers — 49 of 165 — have not served in the Legislature previously.

"We are listening to our constituents and basing our decisions more on that, rather than, will the governor support or oppose what we're doing?" said freshman Sen. Dinah Sykes, a moderate Lenexa Republican.

While lawmakers are focused on increasing income taxes, Brownback is pushing to boost cigarette and liquor taxes and annual business filing fees while using internal government borrowing, the diversion of highway funds and other accounting moves to get the state through.

Legislators are debating whether Colyer would be more willing than Brownback to compromise on some income tax issues, such as ending an exemption enacted in 2012 for more than 330,000 farmers and business owners. But many lawmakers in both parties see Colyer as a political partner of Brownback.

"I don't expect him to be less rigid," said Democratic state Rep. Valdenia Winn, of Kansas City. He's part of the administration."