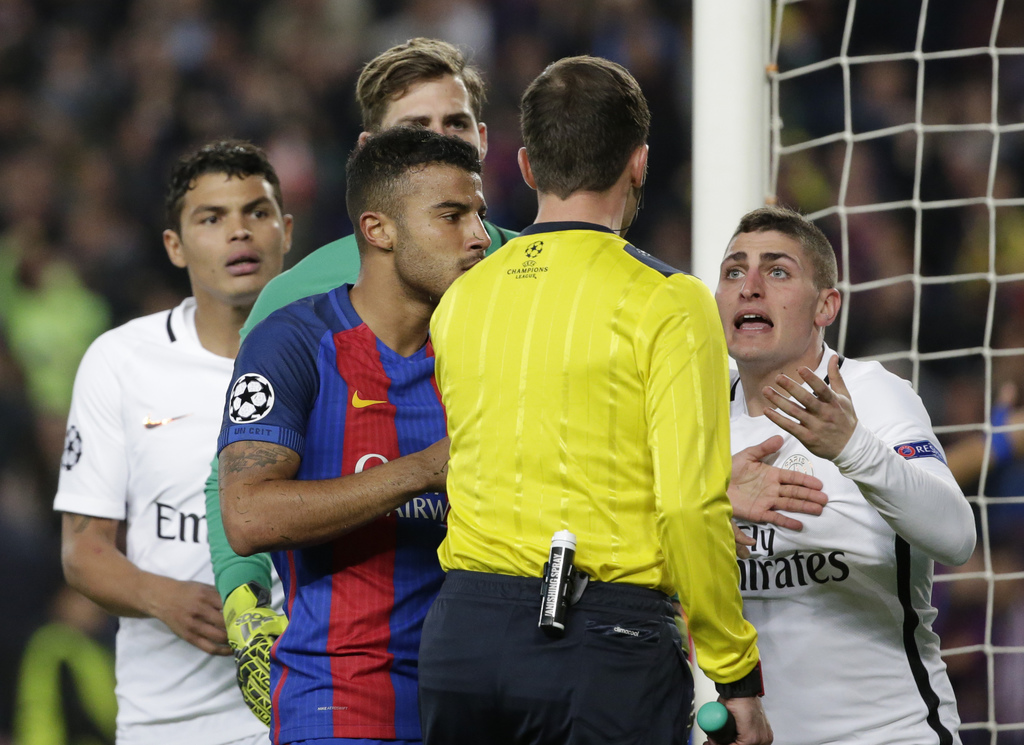 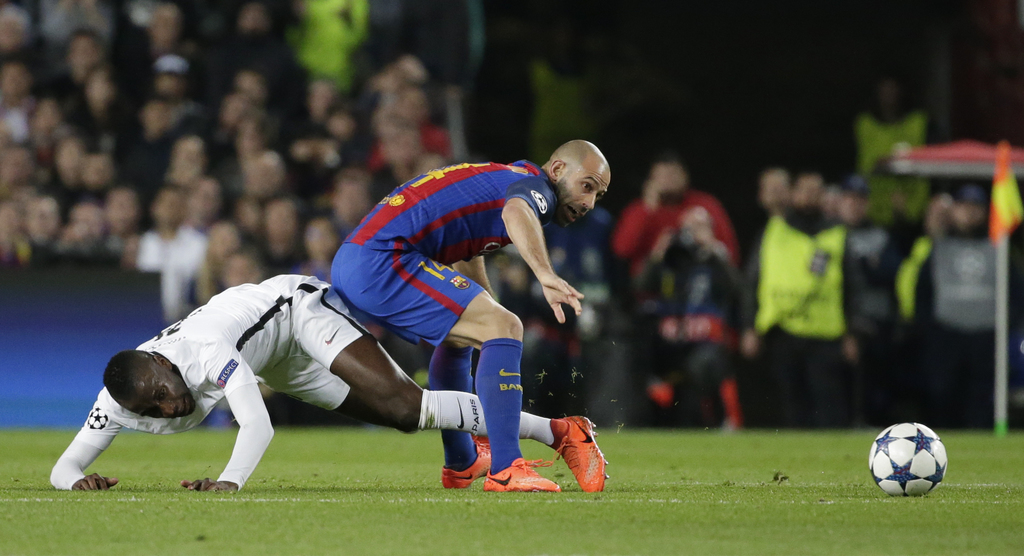 PARIS (AP) — Amid mounting tension at Paris Saint-Germain following its humiliating Champions League thrashing by Barcelona, the club has refuted reports saying two players were in a nightclub 48 hours before the 6-1 defeat, and launched a stinging attack on a leading newspaper.

In the first of strongly worded club statements on Friday, PSG said it was an "insult to their professionalism and to the club" to allege players were in a nightclub.

PSG aimed the first of two broadsides at sports daily L'Equipe, whose television channel reported that midfielders Blaise Matuidi and Marco Verratti were partying close to the game.

"A defeat is never a reason to spread the most malicious rumors," PSG's statement said. "Shame on those — often L'Equipe — who spread them without even checking their 'information.' No credibility."

Less than one hour after that statement, PSG released another. This one denounced "lies" in an article claiming the club asked permission from police authorities to parade the Champions League trophy down the Champs-Elysees if it won the competition.

PSG's players were also reportedly unhappy with L'Equipe's pre-match coverage before Wednesday's game, which appeared to be more about the threat posed by Barcelona than the fact PSG was odds on to reach the quarterfinals.

In the end, PSG made history as the only team to be eliminated from the competition after winning the first leg 4-0. The shambolic way PSG conceded three goals in the last seven minutes drew scathing and widespread criticism.

Angry PSG fans also waited to confront the players at the airport when they returned to France in the early hours of Thursday.

This led to frustrations spilling over and one car, reportedly driven by midfielder Thiago Motta, lightly touched a fan who was standing in the way.

That prompted another statement, late Thursday, explaining the situation.

"Paris Saint-Germain players were confronted at Bourget Airport by several individuals. ... These individuals verbally insulted the players before vandalizing their cars. Several vehicles were damaged," PSG said. "In this extremely hostile and aggressive climate, all vehicles were escorted to ensure the safe passage of the players, their families, and club staff members. One individual was struck by a car trying to escape the crowd that was physically threatening the players and their families."

PSG did not say if Motta or another player was driving the car, and added a police investigation was underway.

Rocked by the astonishing defeat to Barcelona, the players must find their focus for the trip to play last-place Lorient on Sunday in the French league.

Should PSG lose and Monaco win on Saturday, defending champion PSG would be six points behind in the title race with nine rounds remaining.