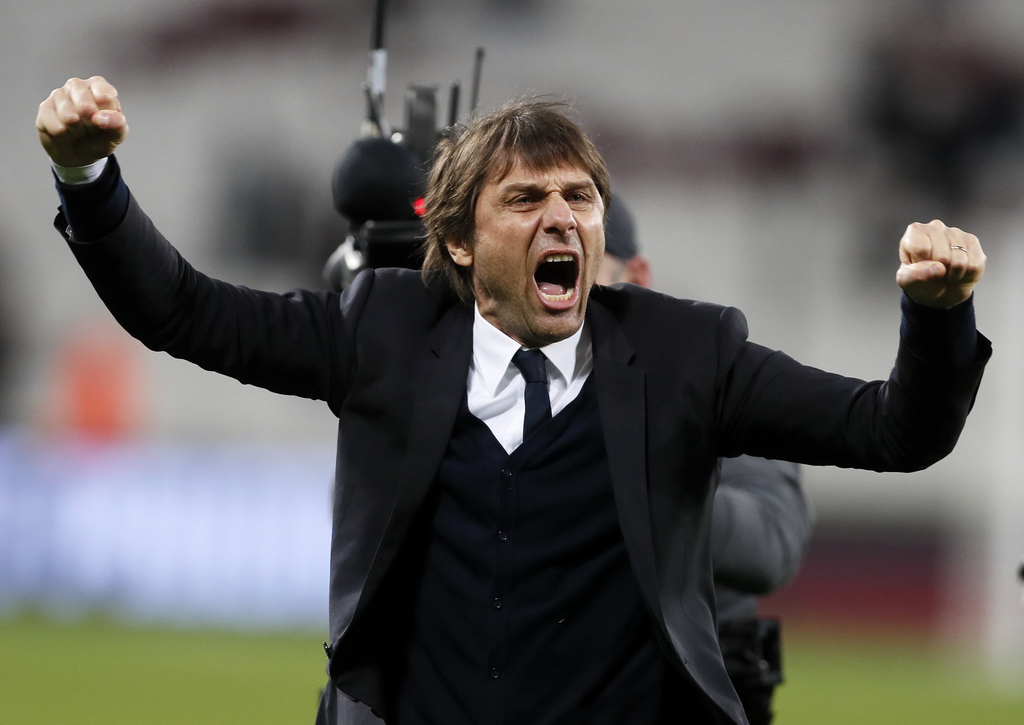 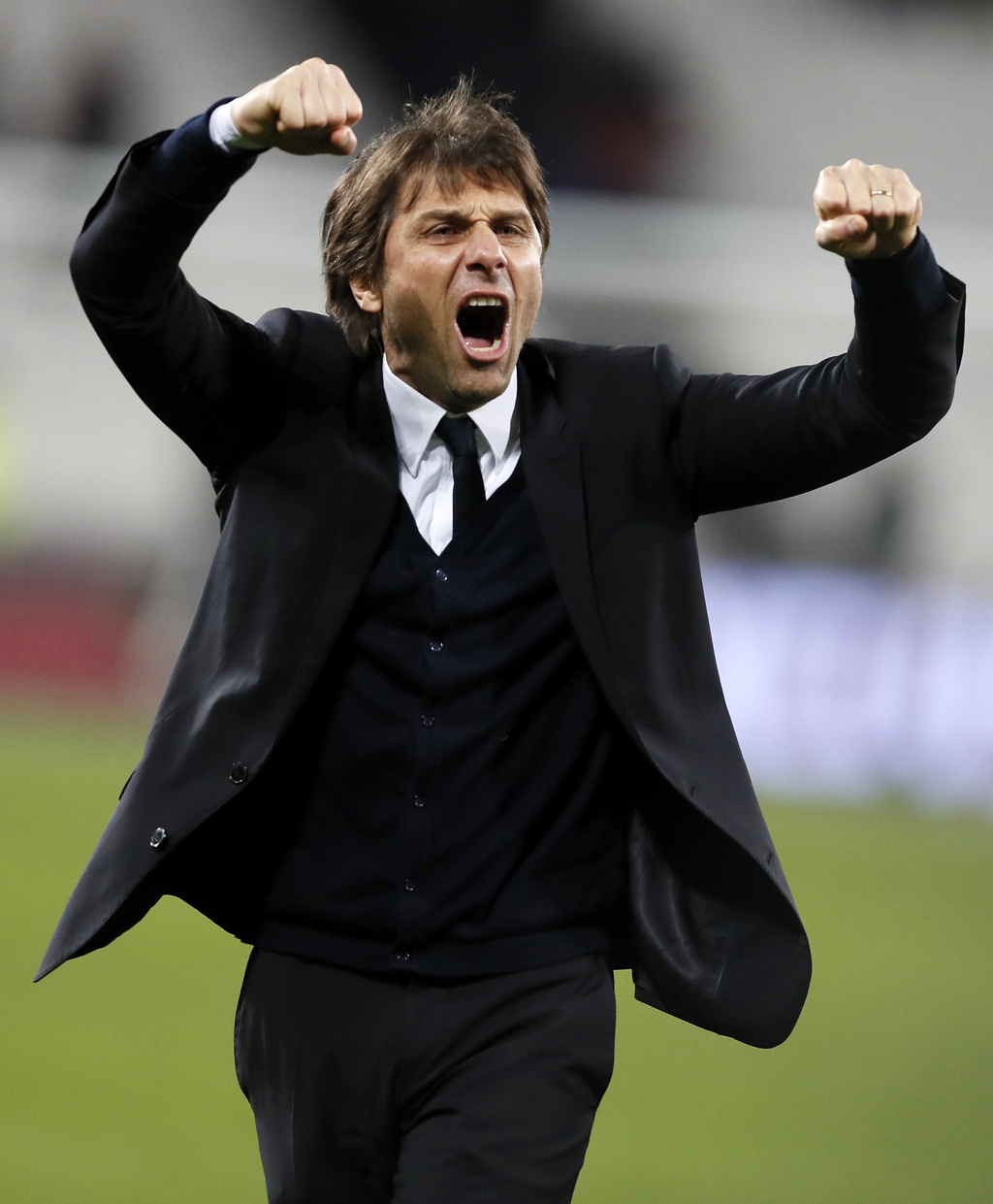 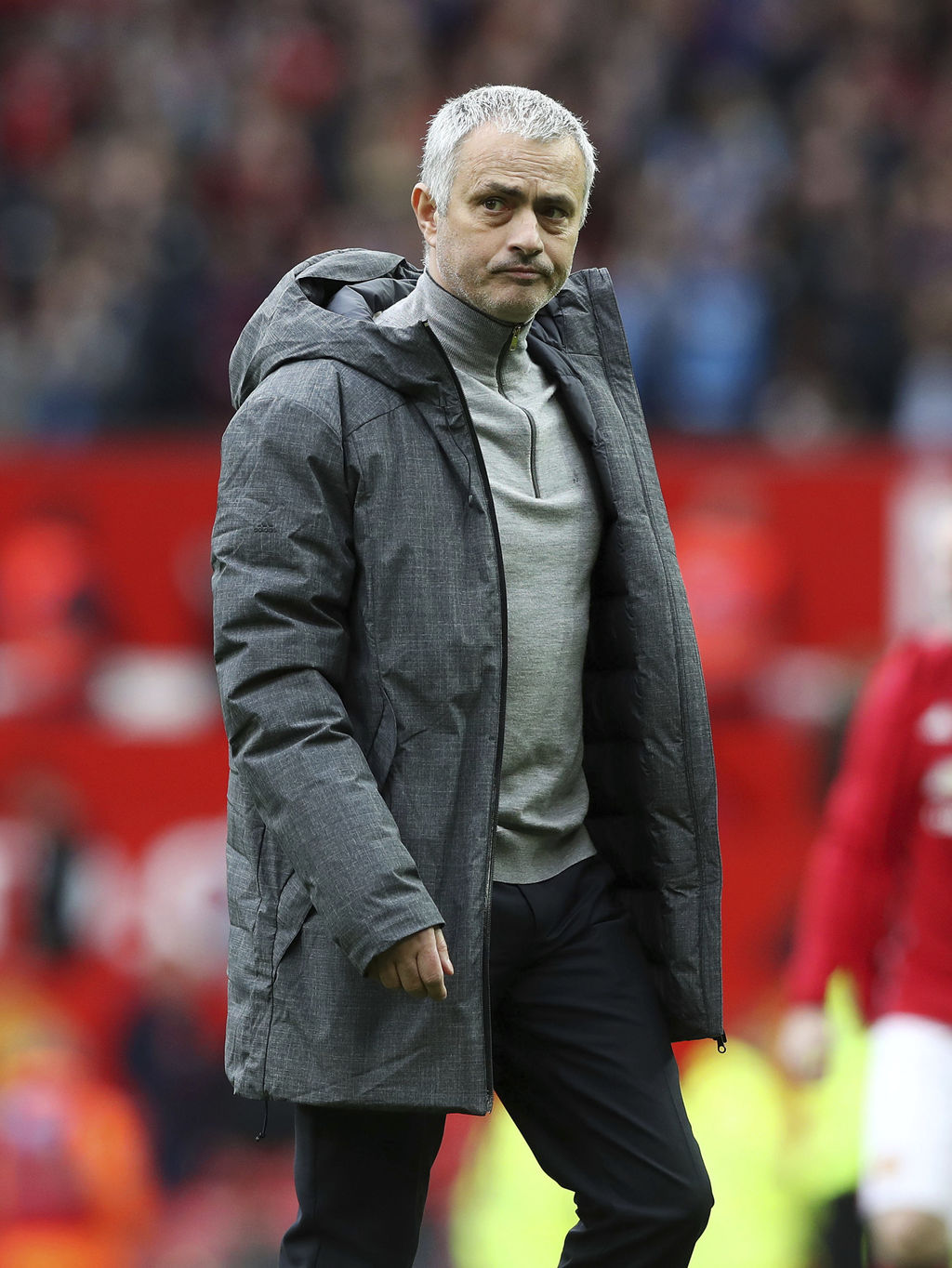 LONDON (AP) — Antonio Conte's energetic touchline celebrations have been a feature of Chelsea's impressive season, and he won't likely be changing his behavior anytime soon.

Chelsea, which holds a 10-point lead in the Premier League in Conte's first season in charge, will next face Manchester United in the FA Cup quarterfinals on Monday.

"I've shown at Chelsea, not only Chelsea, every team that I managed, that I live the game with great passion," Conte said Friday. "Sometimes I want to share my enthusiasm, my passion, with my players, with my staff, also with my fans. I think it's normal."

The former Chelsea manager was riled by Conte's antics during United's match at Stamford Bridge in October. Chelsea routed United 4-0 and Mourinho, once adored by the home fans, took exception to Conte's wild celebrations after his side's fourth goal.

It led to a touchline spat with an angry Mourinho wagging a finger at Conte and whispering words in his ear before disappearing down the tunnel.

If Chelsea scores against the defending champions at Stamford Bridge on Monday, expect Conte to show little restraint.

Mourinho, on the other hand, is hoping for a low-key build up.

"Chelsea? It's no different. Obviously before the game and after the game, I'll meet some fans and some people I like," Mourinho told MUTV. "The relation with the fans was always good but, for me, it's just professional."

United, which drew 1-1 in Russia against Rostov on Thursday in the Europa League, will be without Zlatan Ibrahimovic for the match at Chelsea. The Swede was banned for three matches for elbowing Bournemouth defender Tyrone Mings last week.

"We have three days and we have to travel," Mourinho told MUTV. "We have to go to London. It's really hard. We don't have Zlatan, of course not, but we go with everything we have. We don't put a (weakened) team out like some clubs sometimes - Manchester United cannot do that.

"We know this Europa League is very important for us, and the FA Cup is beautiful. We cannot go there with a (reserve) team. We'll try to manage it within our squad and get a good team to compete with them."