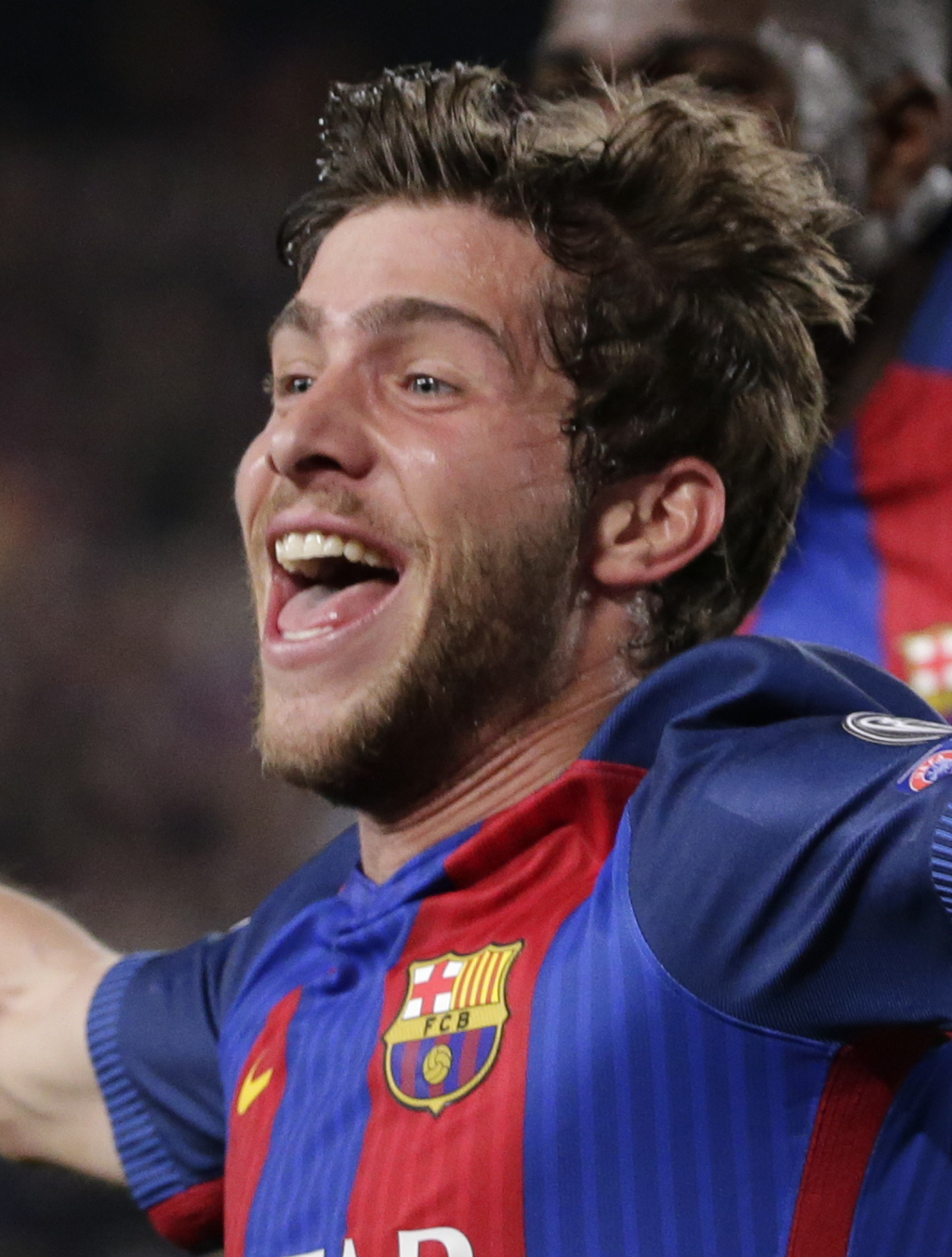 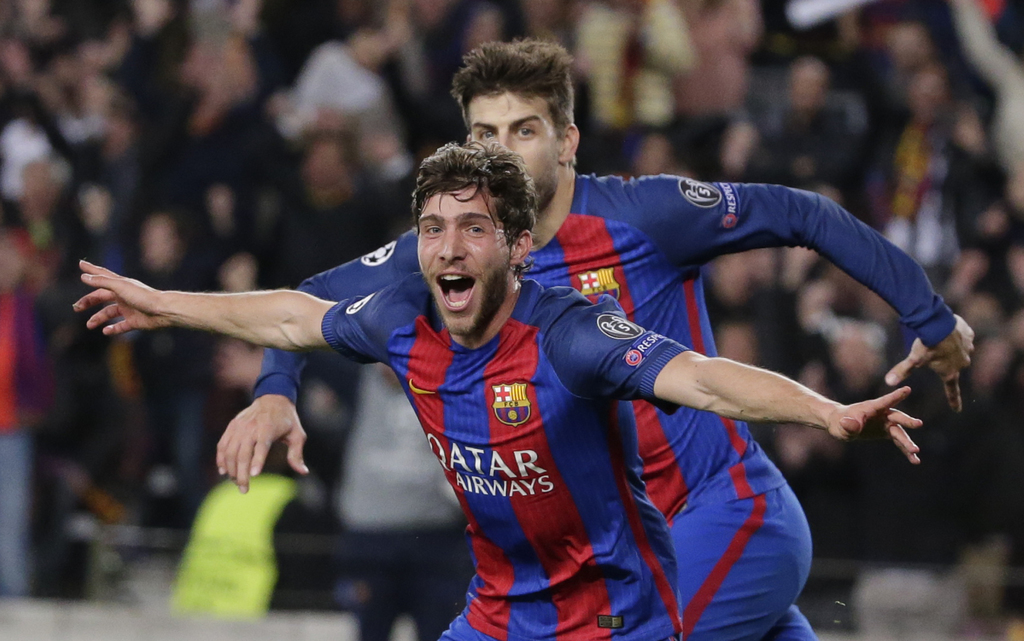 The 25-year-old Barcelona midfielder with bushy hair and broad, almost goofy grin wasn't supposed to decide the fate of a team stacked with battle-tested stars. But that's exactly what he did.

"When I woke up, I wasn't sure if it hadn't all been a dream," Roberto said the day after he stretched his leg to tap in the winning goal in Barcelona's remarkable 6-1 victory over Paris Saint-Germain.

The dramatic goal in the fifth and final minute of stoppage time Wednesday made Barcelona the first team to overturn a 4-0 first-leg loss in the Champions League.

"I didn't see a thing until the ball went in," Roberto said. "I could see that (Gerard) Pique hadn't reached (the ball) and I threw everything at it. It went in and we all went crazy. We could feel that the Camp Nou was buzzing. I simply have no words to explain how it felt.

"We made the impossible possible."

Barcelona coach Luis Enrique had Roberto on the bench at the start of the game, sacrificing him for Javier Mascherano to add muscle and veteran poise to a three-man defense. But with Barcelona in desperation mode needing three goals to stay alive, Roberto entered the match in the 76th minute with the score 3-1. Neymar's two late goals then set the scene for Roberto.

"At first we had thought to put Sergi Roberto on the right flank," Luis Enrique said about the decision to send on Roberto, "but he has a knack of going forward."

He should know. As Barcelona's reserve team coach, Luis Enrique brought Roberto up from the club's youth squads in 2009-10.

Not that putting the ball in the net was Roberto's strength. Despite being a regular starter this season, Roberto hadn't scored a goal for Barcelona since September 2015, and that was only the fifth of his career.

"I was always joking with him that he couldn't score even if the net were as wide as a rainbow," Luis Enrique said. "And look what happened. Today he is the one who scores. That's why football is amazing."

Even though Luis Enrique moved him to right back following the departure of Dani Alves, Roberto represents the last link in the chain of Barcelona's homebred midfielders that runs through Andres Iniesta, Xavi Hernandez and Pep Guardiola. When playing alongside Iniesta, Roberto has shown the ball control and creative passing skills which are central to Barcelona's signature style.

It is a midfield lineage that was threatened by the exit of Thiago Alcantara and Cesc Fabregas in recent years. So, as Luis Enrique said in December, Roberto's future is back in the midfield.

Luis Enrique had commented on several occasions that Roberto would become a complete player once he discovered his scoring touch. And that he did, in the biggest moment imaginable.

His training in the Barcelona mold ingrained at the La Masia academy from the age of 14 served him well when it mattered the most. Roberto pushed into the area just as he had been taught, judging the right moment to avoid being offside and leaving PSG's defenders hopeless to stop his run.

Instead of finding seasoned scorers Lionel Messi or Luis Suarez, Neymar's last-gasp lob fell to Roberto in front of Kevin Trapp's goal. There, Roberto slid to reach the ball and poked it to the side of goalkeeper, setting off a wild celebration by the 96,000 fans packed into Camp Nou.

Roberto compared his goal to Iniesta's memorable stoppage-time strike in 2009 that stunned Chelsea and earned a place in the Champions League final.

If Barcelona goes on to win a sixth European Cup, it may surpass that in the memory of the team's faithful.

"I had always dreamed of scoring a goal like that, and being a kid from La Masia made it all the more special," Roberto said. "I've worked so long to do something incredible like this for my club."