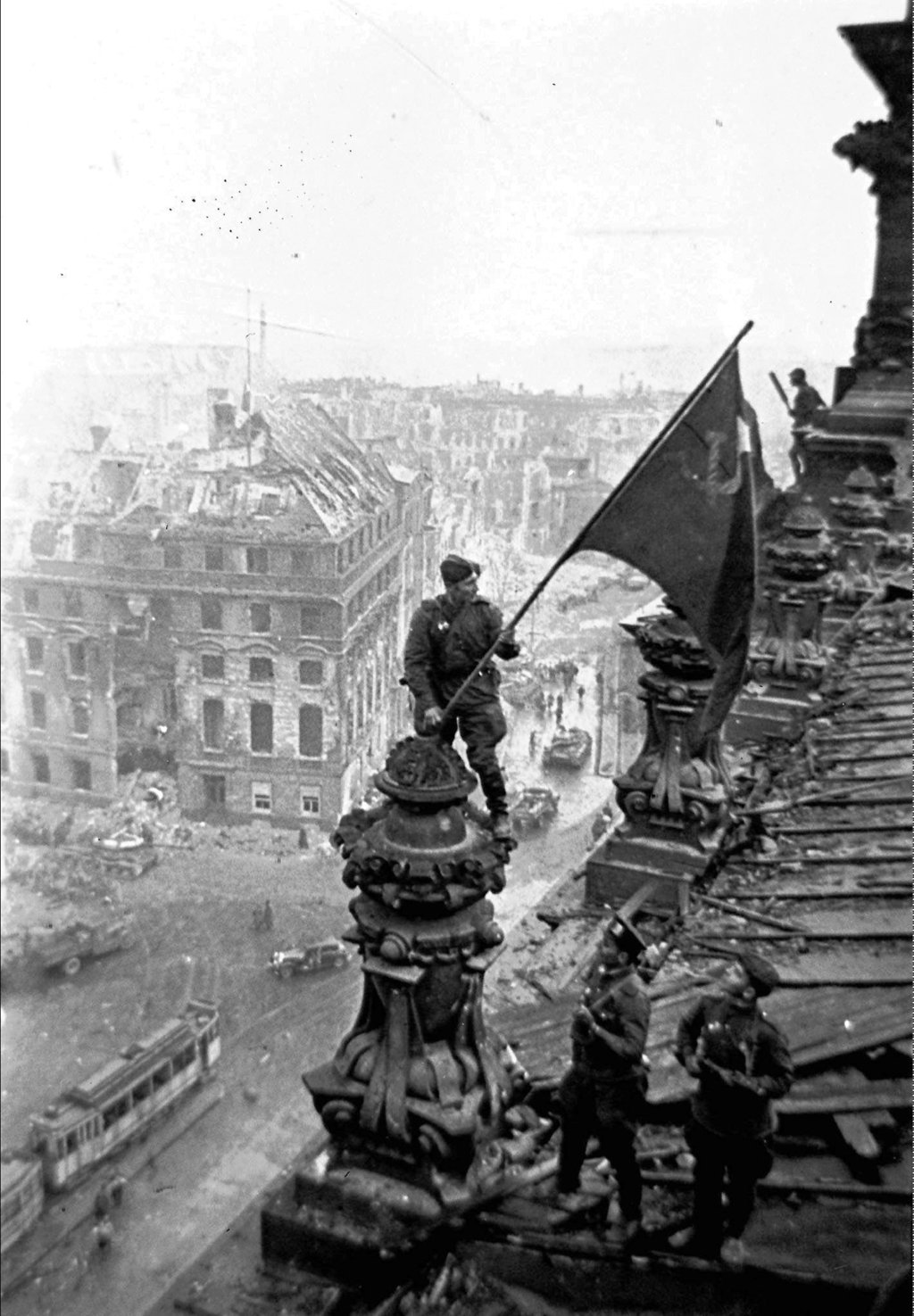 MOSCOW (AP) — Just days before the 100th anniversary of Yevgeni Khaldei's birth, the daughter of the photographer who took the iconic World War II image of Red Army soldiers atop the Reichstag has regained possession of his negatives after a 15-year court battle.

Anna Khaldei is now preparing to bring the negatives back to Moscow and to open an exhibition next month that includes previously unseen shots by the renowned photographer.

Yevgeny Khaldei's long career included commissioned portraits of Soviet leaders including Josef Stalin and Mikhail Gorbachev, but is best known for his dramatic image of soldiers unfurling a large Soviet flag on the roof-edge of the Reichstag after the Red Army took control of the seat of Nazi power on May 2, 1945.

Although the photo became the most potent image of the Red Army's grueling offensive against Nazi Germany, Khaldei's career declined soon after. He was fired from state news agency Tass in 1948 — many believe he was a victim of anti-semitism — and earned a living as a freelancer for many years.

A few months before his death in 1997, he signed an agreement with a New York-based photojournalist to be his agent. But Anna Khaldie later filed suit, claiming the agent seized more than 3,000 of his negatives, as well as prints. After a series of court rulings, she was able to take possession of the negatives on Wednesday, two days before the centennial of Khaldei's May 10, 1917 birthday.

"After 20 years of waiting, I experienced such happiness," she said by telephone from New York City.

She said the exhibition she is planning, which includes new photographs, aims to show the humane impulse of her father's recording of history through the lens, particularly in his war photography.

"For Yevgeny Khaldei, every photo he took was very dear. It's not only the events he photographed but the people who participated in the events," she said. "If it was during a military action he was photographing someone who was running in the attack, and in 10 meters he could be dead. In the negative he was still alive and he was running toward victory."

"Yes, he was vulnerable. He was 80 years old," he said. "It is a typical story of things that got lost or misplaced or improperly treated among the ruins of the Soviet Union."