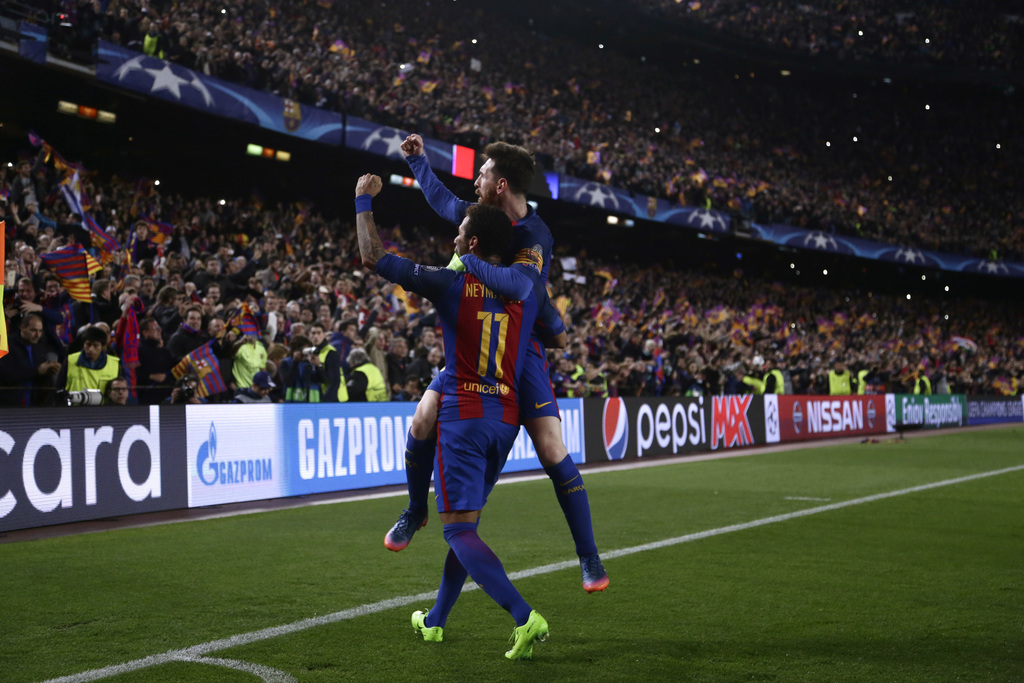 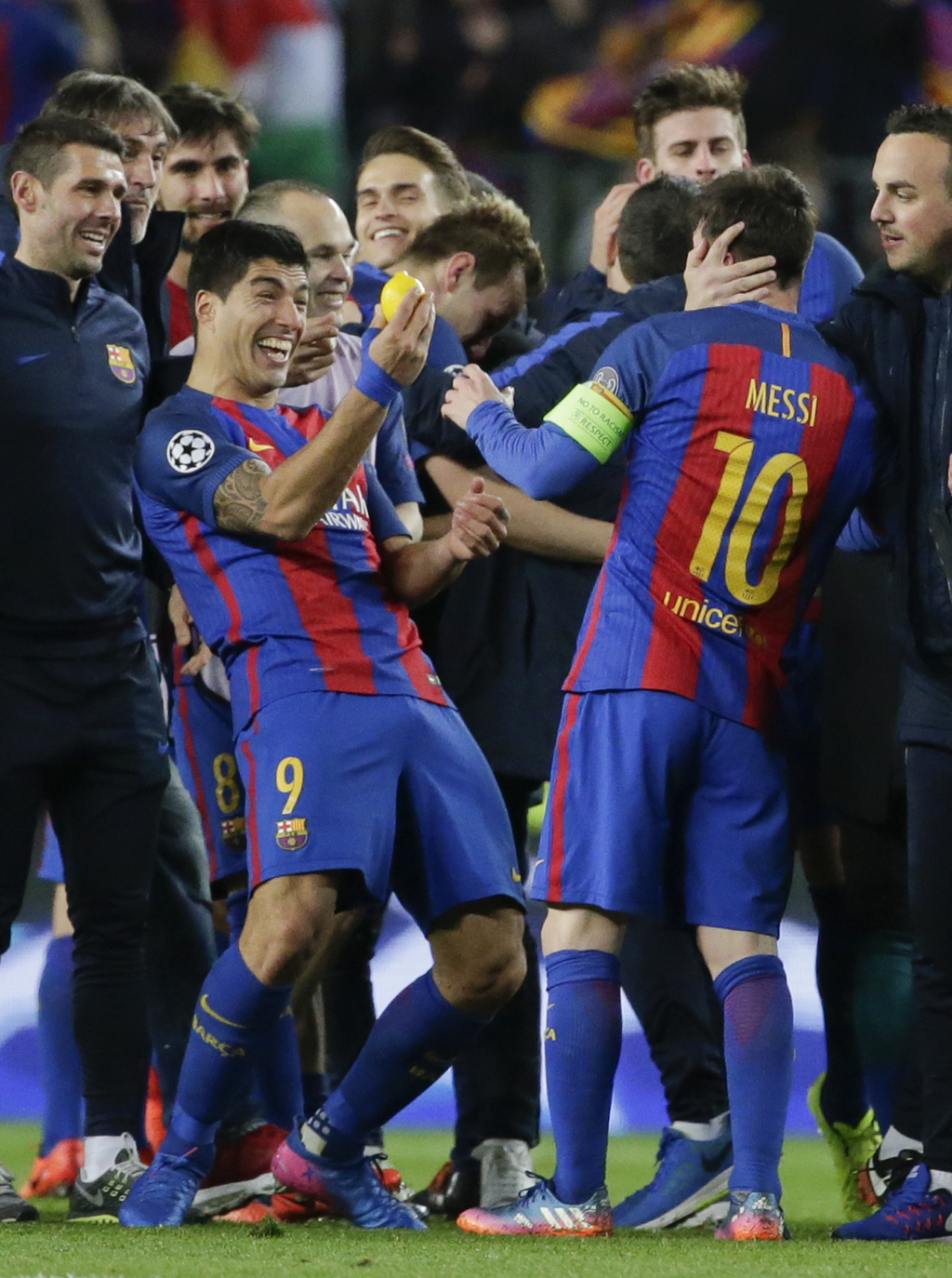 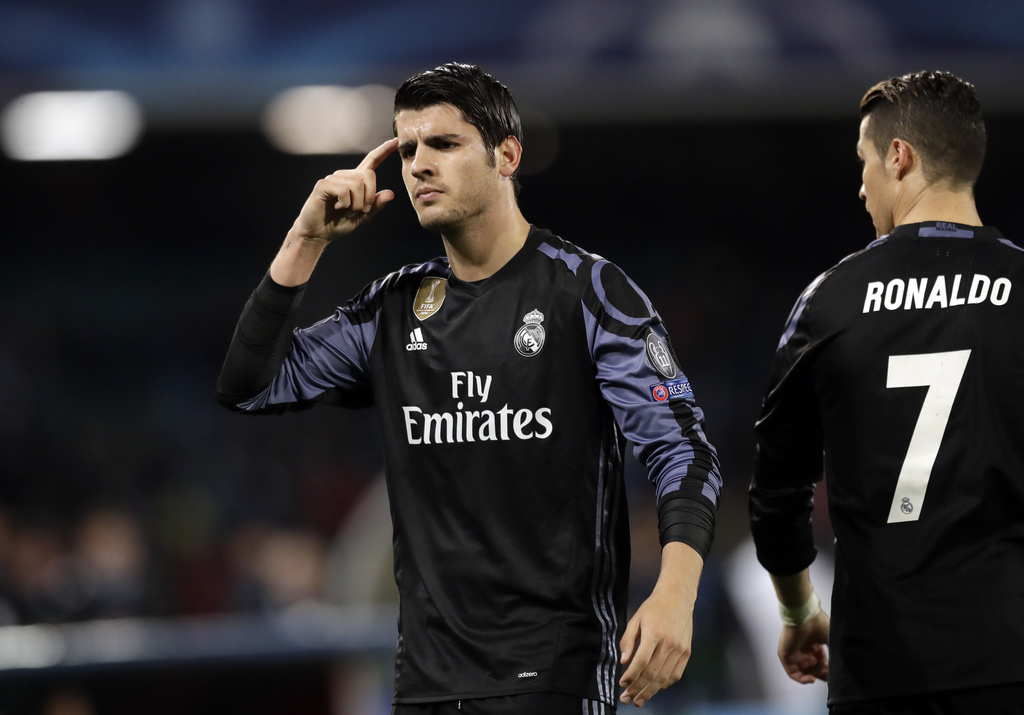 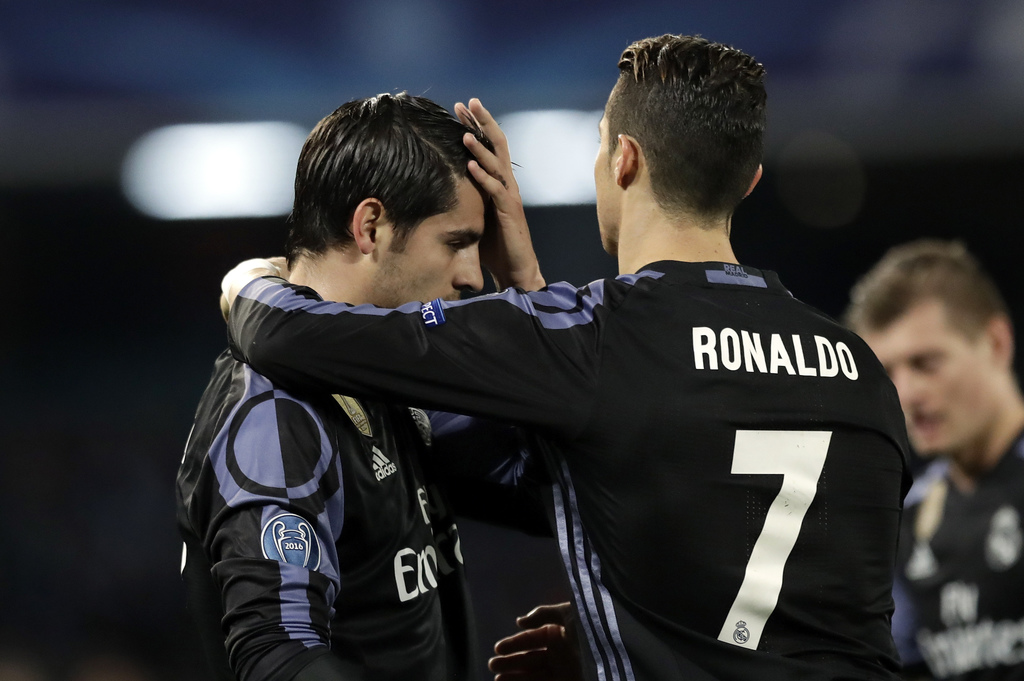 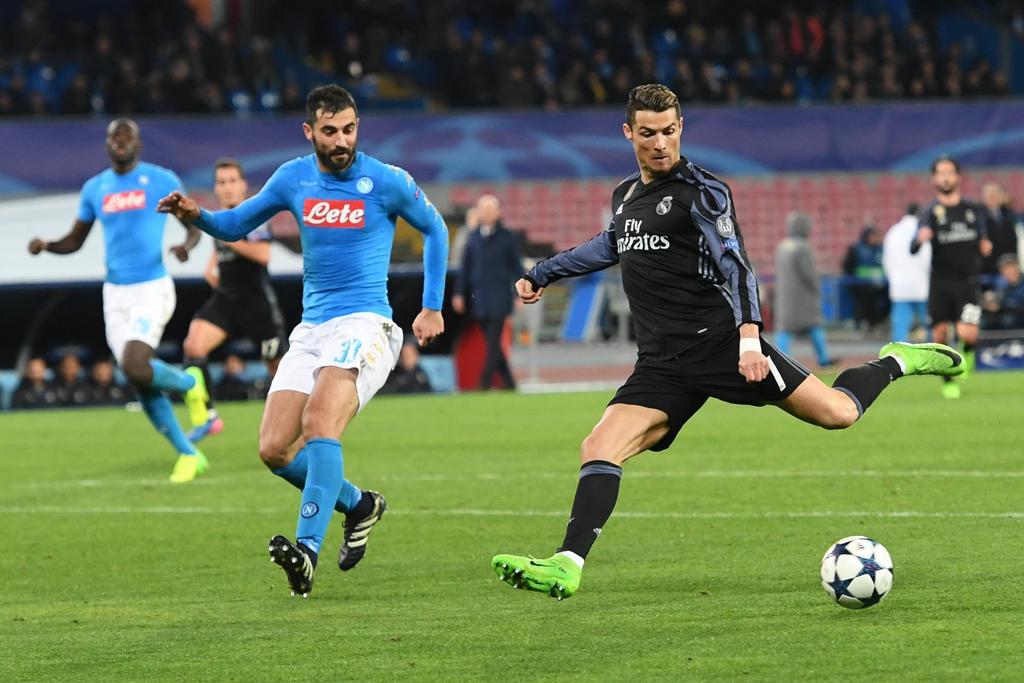 MADRID (AP) — How quickly things can change in Spanish soccer.

It wasn't long ago that Barcelona was in crisis, trailing Real Madrid by six points in the Spanish league and facing almost certain elimination from the Champions League. The team was struggling on the field and being jeered by fans. Coach Luis Enrique had just announced his upcoming departure, leaving the club mired in uncertainty.

Real Madrid, meanwhile, was thriving. Under Zinedine Zidane, the team was breaking records and enchanting crowds with top-notch performances. It was cruising in the Spanish league and had earned a comfortable first-leg win over Napoli in the last 16 of the Champions League.

It's all different now.

Barcelona has retaken the Spanish league lead and found a way to overcome the 4-0 first-leg loss to Paris Saint-Germain in the Champions League. The spectacular 6-1 win at Camp Nou on Wednesday reinvigorated the Catalan club and filled it with confidence.

"I can only imagine that the rest of the teams were not happy with what happened," Luis Enrique said. "We will learn from our mistakes and will continue to be as ambitious as ever."

Madrid lost some of its poise after a dominant first half of the season.

The defending European champions started to stumble after enjoying a 40-game unbeaten streak and leading the league comfortably since the eighth round. The team led by Cristiano Ronaldo recently lost to Valencia 2-1 and needed late goals to erase a 2-0 deficit at Villarreal and salvage a 3-3 home draw against Las Palmas.

In the Champions League, Madrid was outplayed in the first half against Napoli and was down a goal, suddenly in danger of not making it to the competition's quarterfinals for a seventh straight season.

The 11-time champions recovered with a couple of goals off set pieces in the second half and eventually advanced 6-2 on aggregate, but the feeling was that things could have gone wrong.

"We're capable of doing better than we did in the first half and we'll have to do so," Zidane said.

Madrid is trying to become the first team to win back-to-back Champions League titles since the competition's new format was introduced in 1992-93. It is trying to win the Spanish league for the first time since 2012.

The team's next league game is Sunday at home against struggling Real Betis, which has won only one of its last nine matches.

The first team to have to face Barcelona after the historic win against PSG is Deportivo La Coruna, which is near the relegation zone and has only one victory in the last 10 league matches. The good thing for Deportivo is that Luis Enrique is expected to rest some regular starters following Wednesday's grueling match at the Camp Nou.