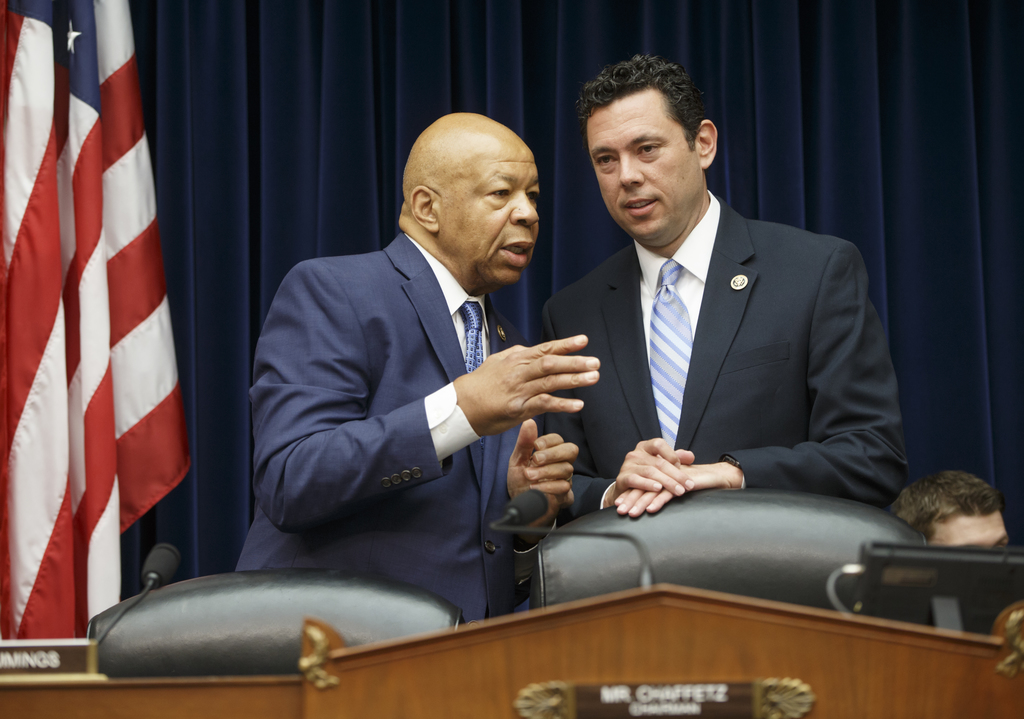 WASHINGTON (AP) — Congressional investigators are demanding documents and contacting witnesses in a wide-ranging probe of the Defense Department's troubled anti-propaganda efforts against the Islamic State.

The investigation by the House Oversight and Government Affairs Committee follows reporting by The Associated Press in January that uncovered critical problems with the program known as WebOps and revealed conflicts of interest in a new contract potentially worth $500 million to expand psychological operations against terrorist groups.

The AP found the WebOps programis so beset with incompetence and flawed data that multiple people with direct knowledge of it say it's having little impact.

"Recent allegations of failings in our fight against ISIS, particularly among leadership, are disturbing," the committee's Republican chairman, Jason Chaffetz of Utah, said in a statement.

Chaffetz, Rep. Elijah Cummings of Maryland, the committee's top Democrat, and other lawmakers on the panel requested corporate and government information about the program in separate letters to the contractor running WebOps, Alabama-based Colsa Corp., and to Defense Secretary Jim Mattis .

WebOps relies on dozens of Arabic-speaking analysts who scour Twitter and other social media platforms for people whose postings suggest they are vulnerable to the Islamic State's sophisticated propaganda. Using fictitious identities, the civilian analysts then reach out to these potential recruits and urge them not to join the extremists. But as AP reported, many of the analysts are not fluent and don't have the cultural background the work requires.

As one former worker told the AP, translators repeatedly mix up the Arabic words for "salad" and "authority."

"The news account details several examples where employees mistook words and ISIS recruiters laughed and insulted them," the lawmakers wrote in the Feb. 15 letter to Frank Collazo, Colsa's chairman and CEO. "In one particular instance, WebOps employees repeatedly referred to the Palestinian Authority as the 'Palestinian salad.'"

Colsa said it was cooperating with the committee.

"Colsa welcomes the chance to share the success of the WebOps program with members of the committee as well as the opportunity to set the record straight," the company said in a statement provided by Greg Vistica of Washington Media Group, a reputation management firm. "Colsa is contractually prohibited from releasing any information related to the program without the government's approval."

The congressional probe adds further scrutiny of the program, which is also under investigation by the Naval Criminal Investigative Service.

The committee also is looking into allegations that the problems were raised with officers at U.S. Central Command in Tampa, Florida, who ignored the concerns. Current and former workers told the AP that they had witnessed WebOps data being manipulated to create the appearance of success and that many other employees were aware of that. Others working on the program say that officers and contractors dodged independent oversight.

The letter to Mattis cites "leadership shortcomings" and a "general resistance to oversight and reform" disclosed by AP's reporting.

Central Command had declined AP's repeated requests for information about WebOps — including the cost of the contract — and other counter-propaganda programs, which were launched under the Obama administration.

The lawmakers also are demanding information about the award of the new $500 million contract to a team of contractors led by defense giant Northrop Grumman in September, along with allegations that a senior U.S. military officer, Col. Victor Garcia, steered the work to the Northrop team because it included a friend's company, the London-based advertising firm M&C Saatchi.

The AP obtained a screengrab from a Facebook page that shows Garcia and the friend, Simon Bergman, at a tiki bar in Key Largo, Florida, two weeks before the winning team was officially announced. The photo was also turned over to NCIS investigators by a whistleblower, who contended the photo created a "clear impression and perception of impropriety."

Garcia, a West Point graduate and decorated officer, has denied any impropriety and described allegations of misconduct as "character assassination." Bergman also denied any wrongdoing.

Northrop Grumman has referred questions from AP about the new contract to U.S. General Services Administration, which said the award of the contract was handled properly.

The lawmakers ask that the Defense Department and the contractor deliver relevant documents so that the committee "can better understand the Department's efforts to combat radical Islamic terrorism and resolve the apparent discrepancies about the WebOps unit."

Have a tip on government contracting? Contact the authors securely at https://securedrop.ap.org