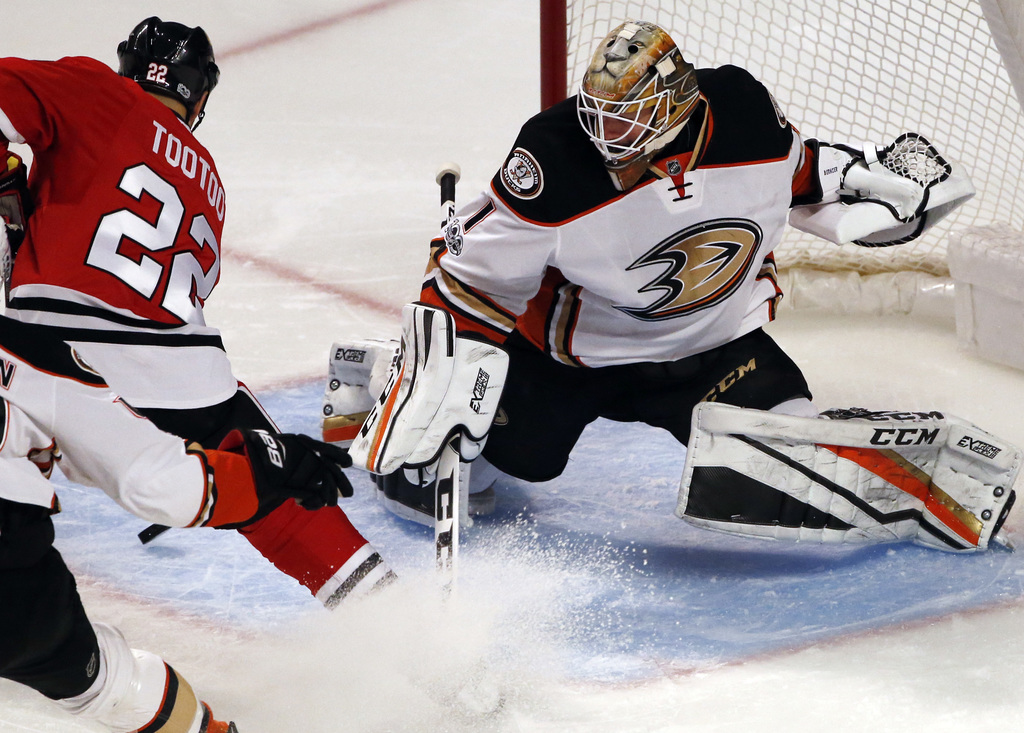 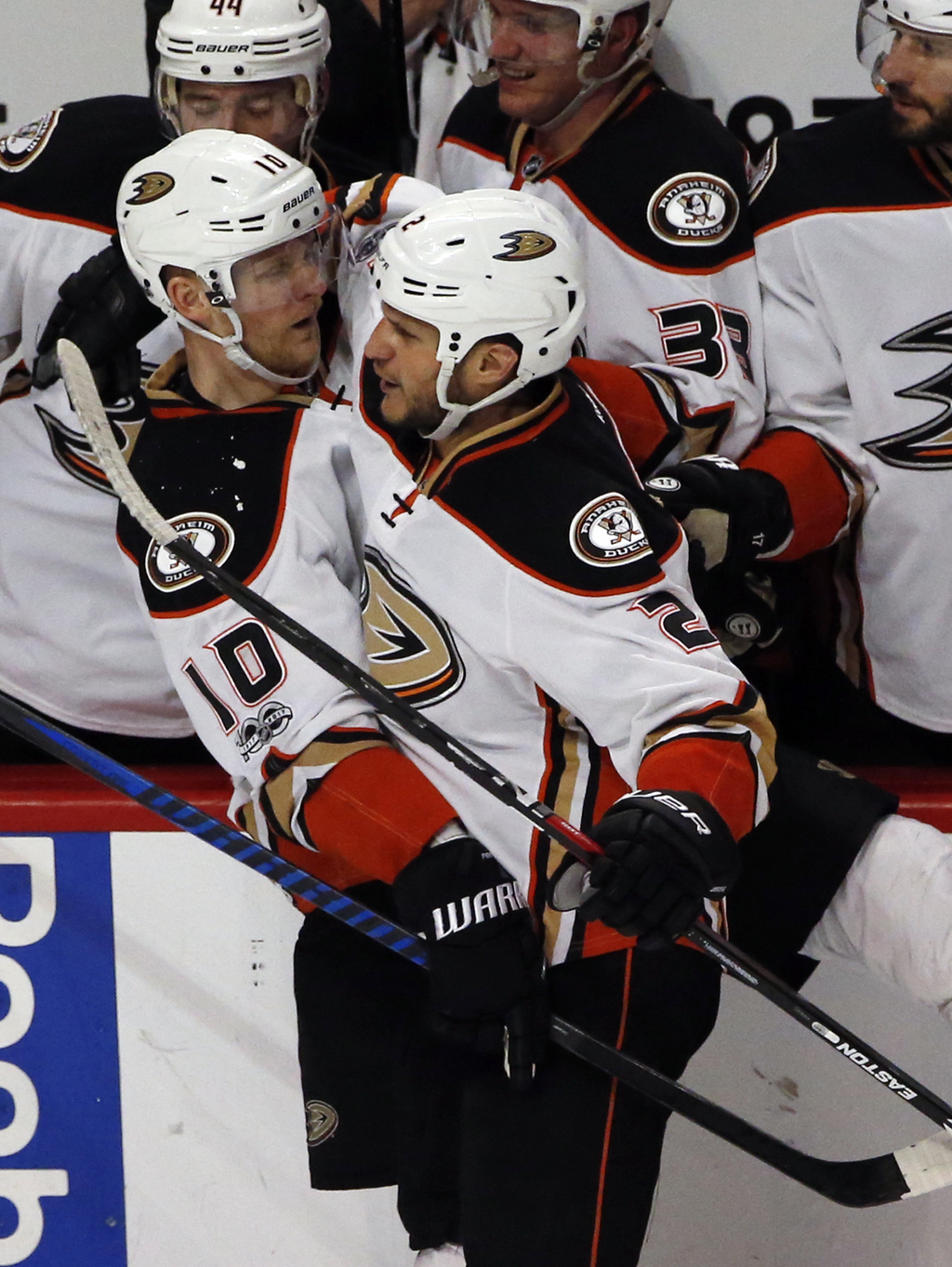 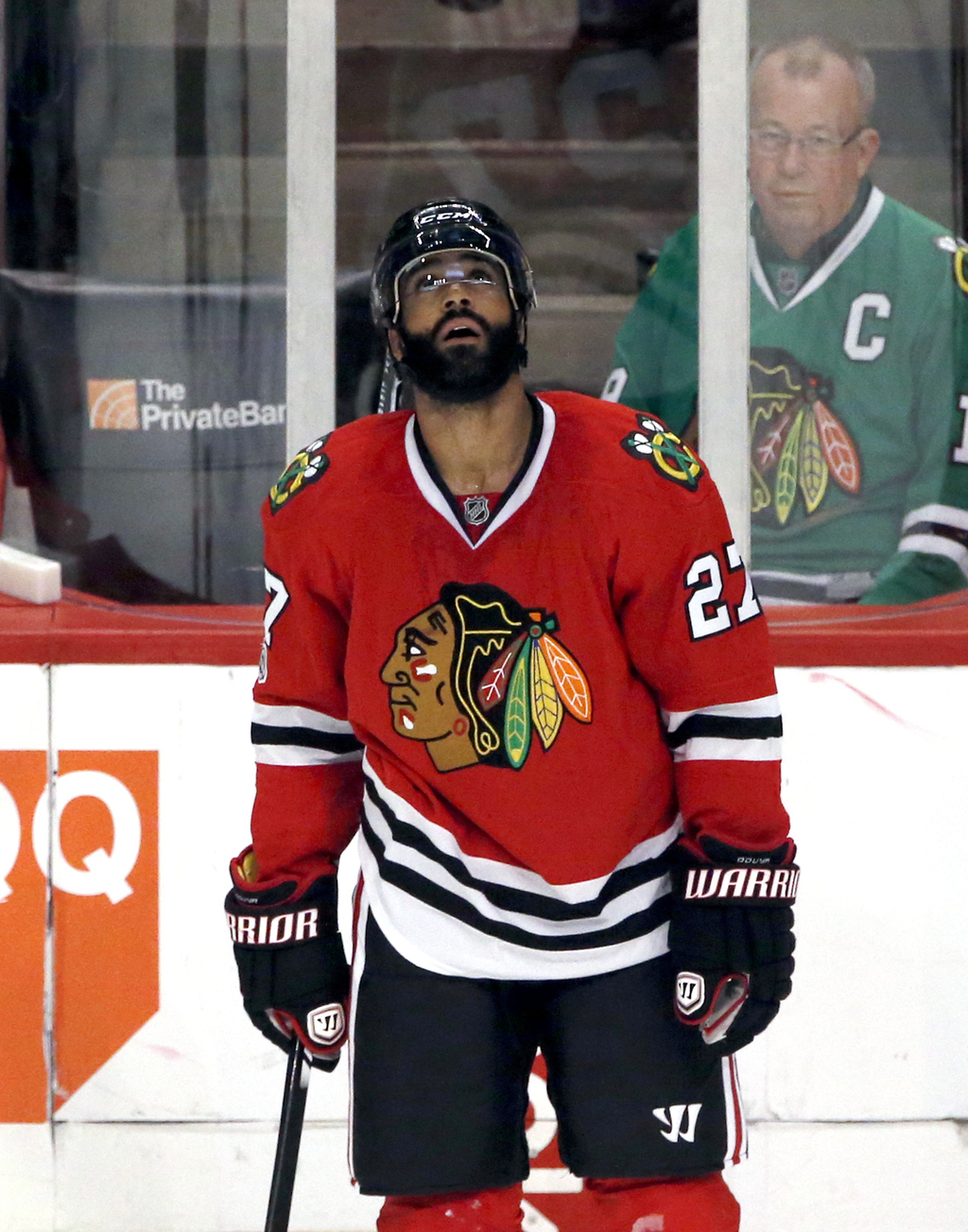 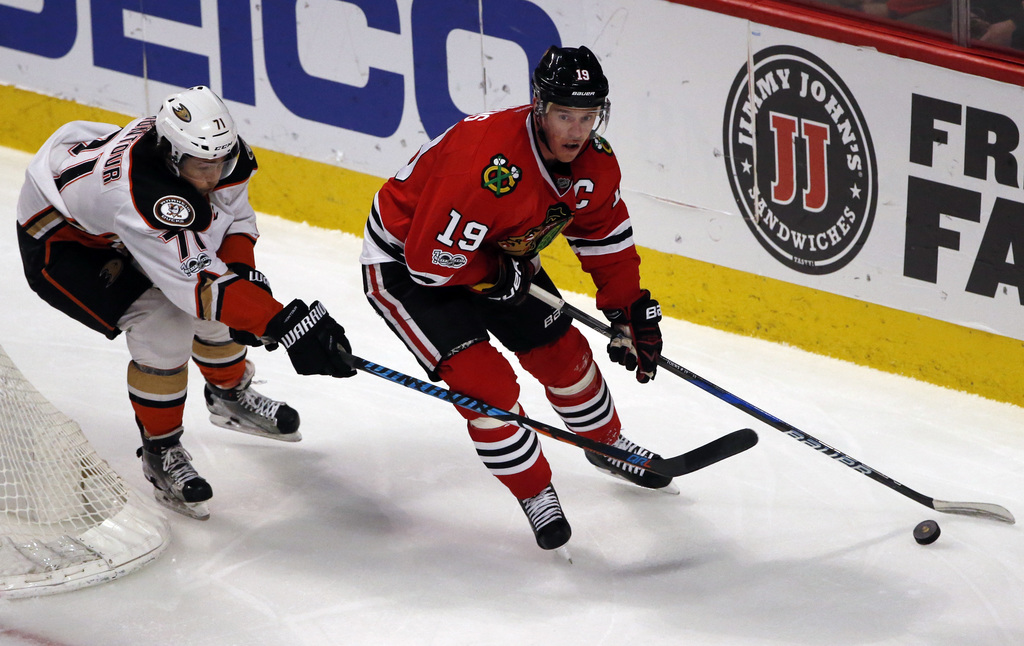 CHICAGO (AP) — Jonathan Bernier made 43 saves for his 100th NHL win as Anaheim stopped the Chicago Blackhawks with a 1-0 victory on Thursday.

Corey Perry scored in the second period as the Ducks ended the Blackhawks' seven-game winning streak despite being outshot 43-26 on the night. Corey Crawford blocked 25 shots as the Blackhawks lost for only the second time in their last 14.

Bernier's second shutout this season and 14th of his career helped the Ducks move ahead of idle Edmonton for second place in the Pacific Division. Bernier made his sixth straight start with John Gibson sidelined by a lower-body injury.

"These are the type of games as a goalie, on the road in this type of building against a good team, you need to show up and bring your 'A' game," Bernier said. "I felt really good tonight."

Perry stopped a 10-game scoring drought with his 12th goal at 17:44. Perry hadn't connected since scoring twice on Feb. 9 at Buffalo.

"We weathered the storm in the first period and our goalie stood tall," Perry said. "Got to give him a lot of credit.

"Sometimes you need him, and we needed him tonight."

Chicago wasted a chance to overtake Minnesota for the top spot in the Central Division and Western Conference. The Wild lost 4-1 at Tampa Bay.

Despite ample energy, the Blackhawks just couldn't finish against Bernier.

Blackhawks defenseman Niklas Hjalmarsson returned after missing four games with an upper-body injury. He was paired with Swedish countryman Johnny Oduya, who played in his first game since being reacquired on Feb. 28 from Dallas. He had been resting an ankle injury.

Hjalmarsson and Oduya often played together on Chicago's 2013 and 2015 Stanley Cup teams.

The Blackhawks outshot the Ducks 19-2 in a chippy first. Anaheim forward Ryan Getzlaf fought Chicago's Richard Panik late in the period, and the Ducks captain drew an extra minor for instigating and a misconduct on the altercation. Getzlaf entered with just 26 penalty minutes.

The Blackhawks kept dominating into the second, but Bernier stepped up every time he was challenged. His best stops included a point-blank right pad save on Jordin Tootoo in the opening minute, a glove save on Patrick Kane's backhander with 5:05 left in the period and a block of Artem Anisimov's quick shot from the side of the net about a minute later.

Bernier had to come up with a sprawling pad save in Artemi Panarin and close-in stop on Jonathan Toews with Crawford on the bench for an extra attacker in the final 1:40.