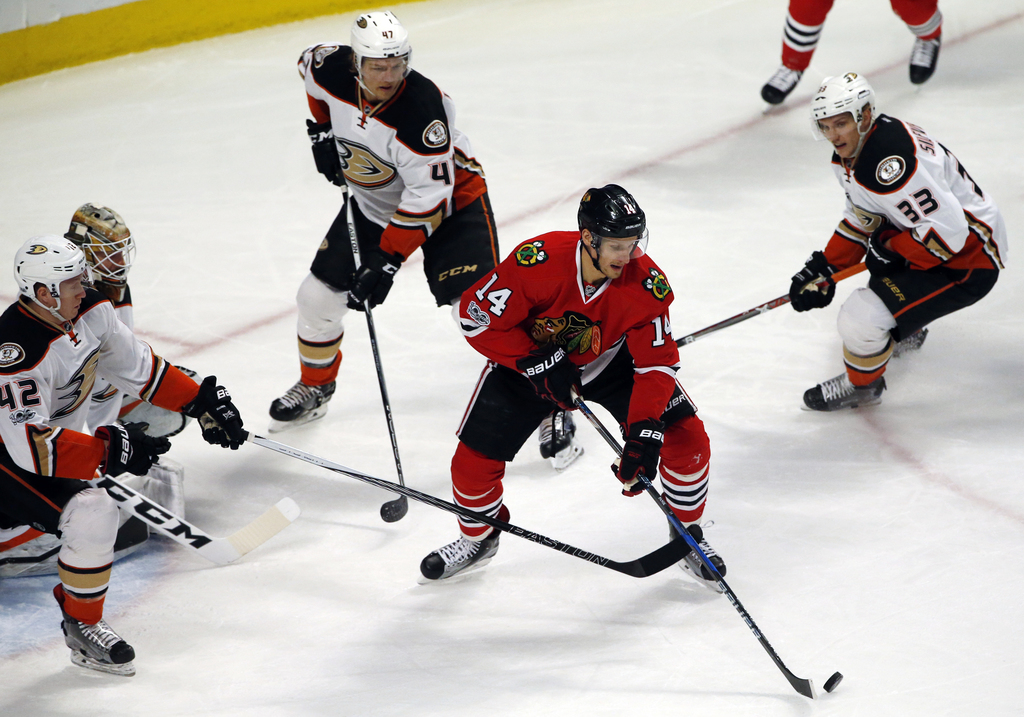 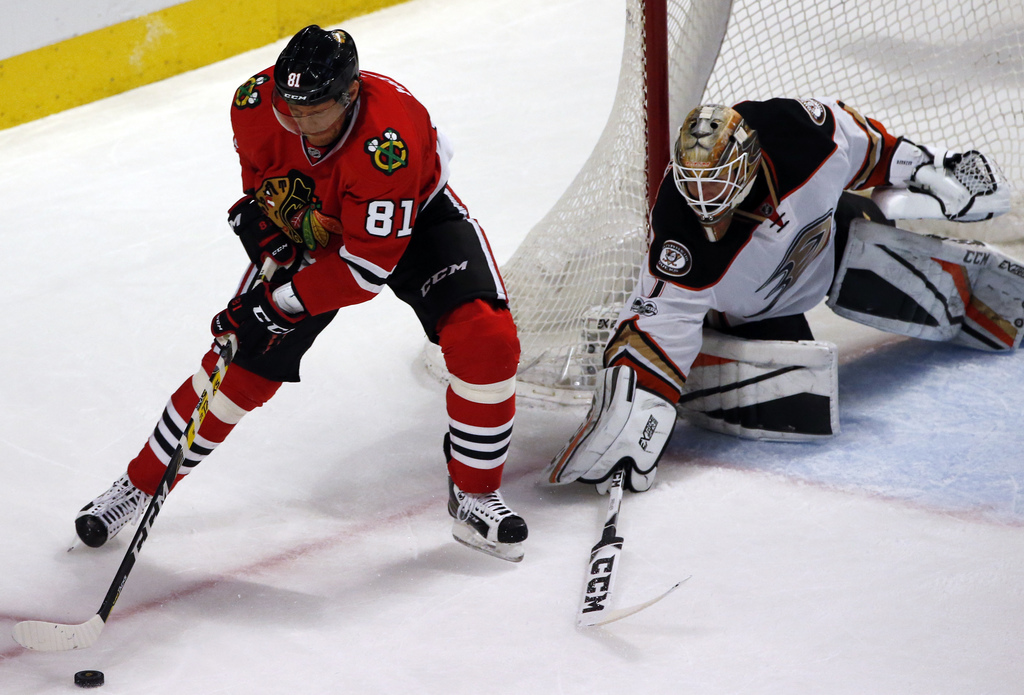 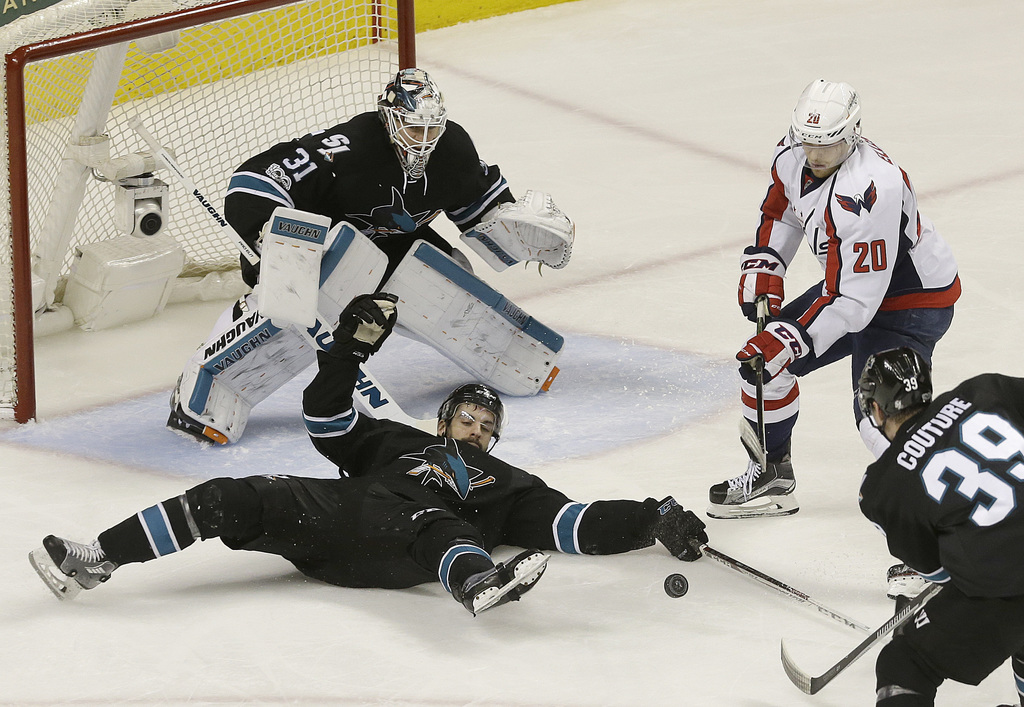 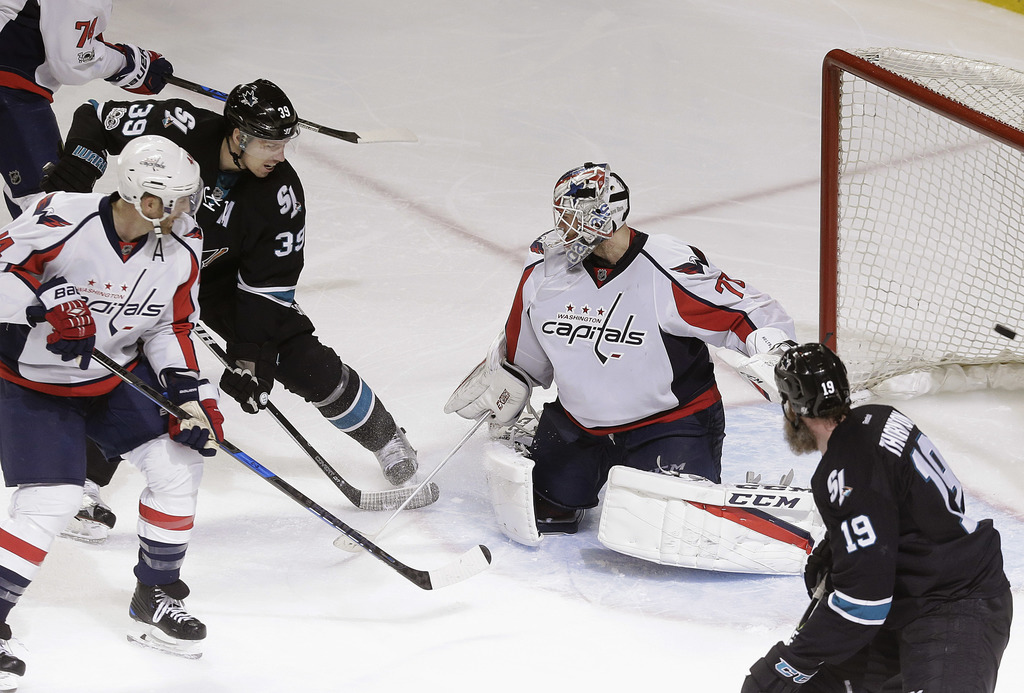 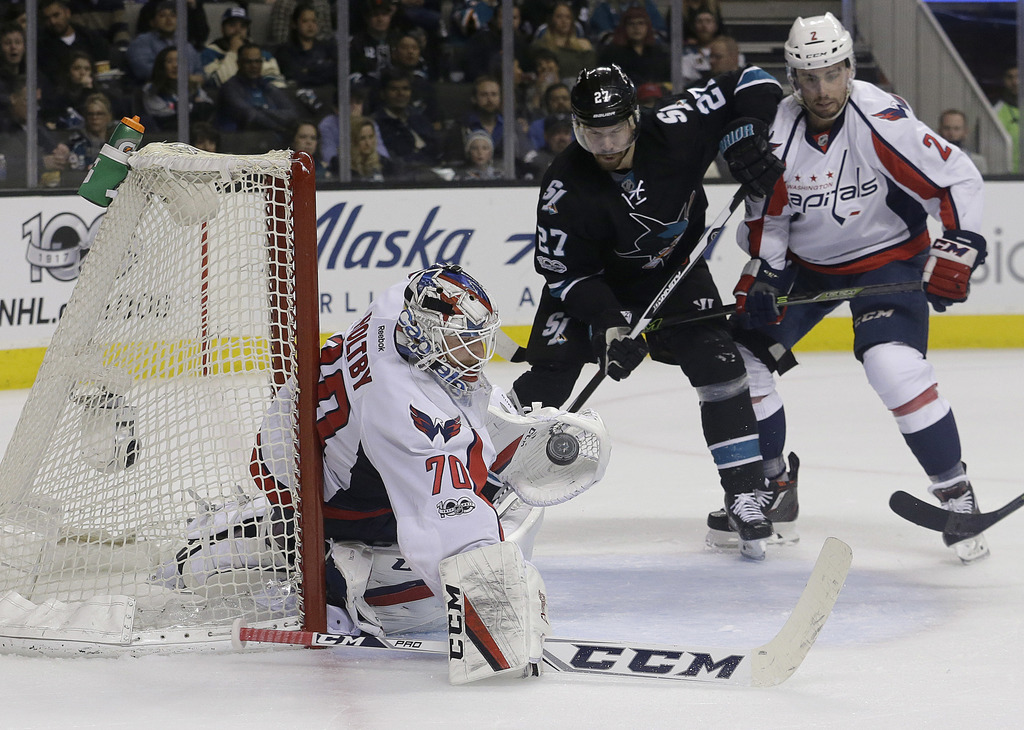 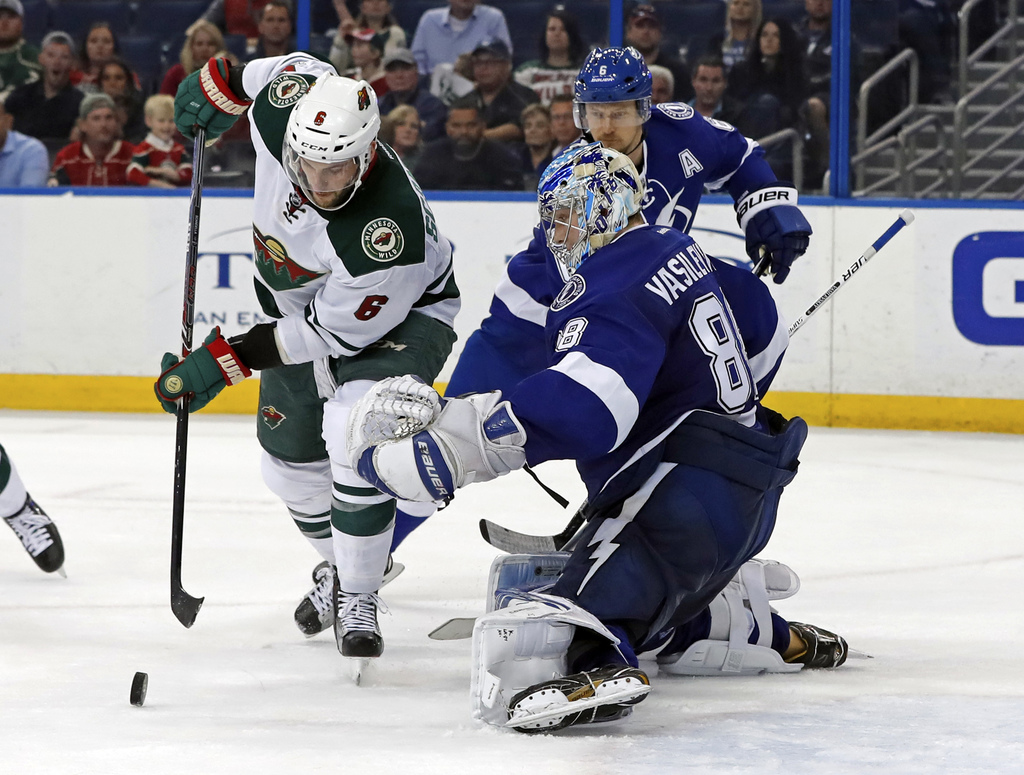 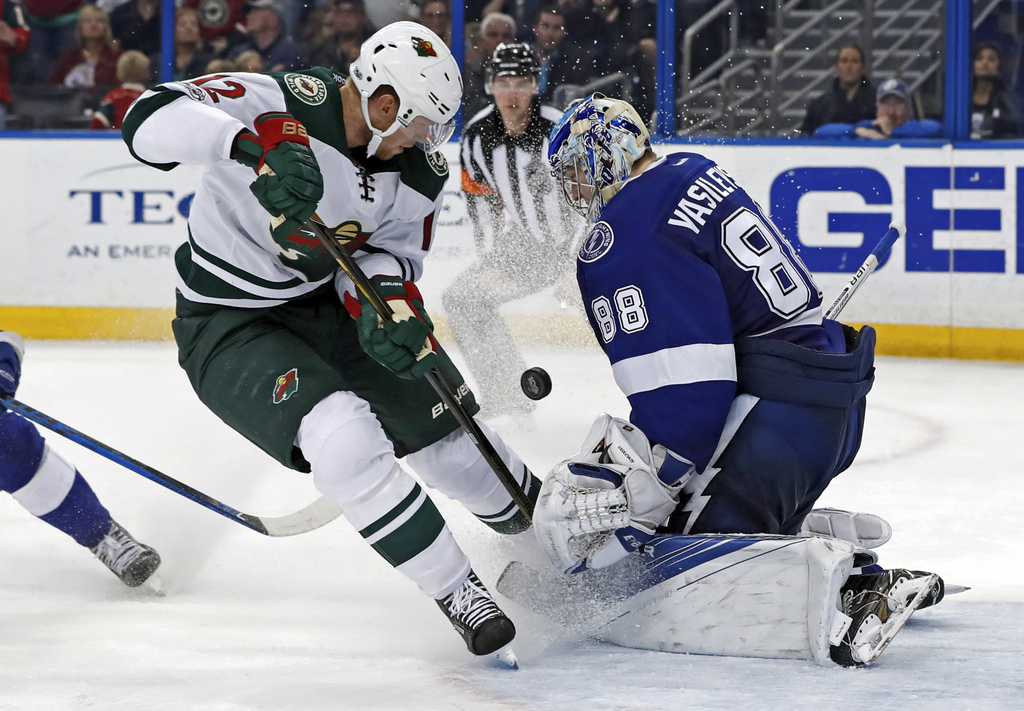 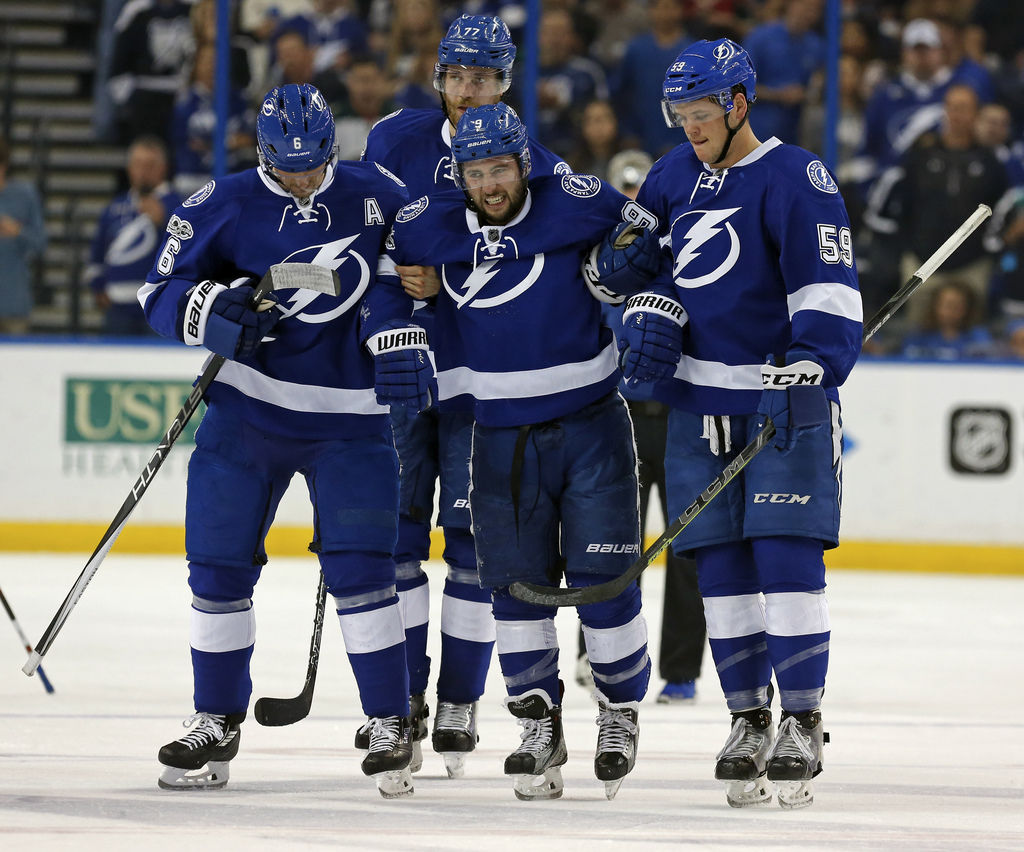 CHICAGO (AP) — Jonathan Bernier made 43 saves for his 100th NHL win as the Anaheim Ducks cooled off the Chicago Blackhawks with a 1-0 victory Thursday night.

Corey Perry scored in the second period as Anaheim ended Chicago's seven-game winning streak despite being outshot 43-26 on the night.

Corey Crawford stopped 25 shots for the Blackhawks. They lost for the second time in their past 14.

Bernier's second shutout this season and 14th of his career helped the Ducks pull ahead of idle Edmonton for second place in the Pacific Division. Bernier made his sixth straight start with John Gibson sidelined by a lower-body injury.

Perry stopped a 10-game scoring drought with his 12th goal at 17:44. He hadn't connected since scoring twice on Feb. 9 at Buffalo.

Joe Thornton and Joe Pavelski also scored for the Sharks, who have won five of their past six games. Jannik Hansen, acquired in a Feb. 28 trade with Vancouver, appeared in his first game with the Sharks and recorded the first assist on Thornton's goal.

Daniel Winnick and Brett Connolly scored for the Capitals, who lost their second straight since winning five of six.

Martin Jones had 25 saves for the Sharks. Braden Holtby stopped 20 shots for Washington.

Kucherov assisted a goal by Andrej Sustr, giving him nine goals and eight assists in his past eight games. Victor Hedman also scored, and Andrei Vasilevskiy made 32 saves. Vasilevskiy is 4-0-1 since the trade of Ben Bishop to Los Angeles, and the Lightning are 9-2-3 in their past 14 games.

Marco Scandella scored for Minnesota with 3:58 remaining, only the Wild's second goal in regulation time in their last three games. Western Conference-leading Minnesota has lost three of four for the first time since early December. The loss also broke the Wild's streak of 10 straight wins after a loss.

CALGARY, Alberta (AP) — Brian Elliott had 24 saves for his first shutout of the season while Johnny Gaudreau had a goal and three assists as Calgary beat Montreal for its eighth consecutive victory.

Gaudreau has 13 points (three goals, 10 assists) during the Flames' streak. It's the longest streak for Calgary since it also won eight in a row in November 2005.

Montreal had won six in a row.

Aho also scored the tying goal with 10:56 to play and added an assist. Jeff Skinner also scored, Valentin Zykov had a goal in his first NHL game, and Cam Ward made a season-best 40 saves.

Mika Zibanejad scored two power-play goals, and Chris Kreider added a power-play goal and an assist for the short-handed Rangers. They were without injured goalie Henrik Lundqvist and winger Rick Nash.

GLENDALE, Arizona (AP) — Erik Karlsson scored his second goal of the game 40 seconds into overtime to lift Ottawa past Arizona for its fifth straight victory.

Karlsson tied it at 2 midway through the third. Jean-Gabriel Pageau also scored, and Mike Condon made 39 saves.

TORONTO (AP) — Frederik Andersen made 36 saves while Tyler Bozak had a goal and an assist as Toronto beat Philadelphia.

William Nylander, Mitch Marner and Nazem Kadri also scored for the Maple Leafs. They have won two straight after dropping five in a row.

Wayne Simmonds and Shayne Gostisbehere scored for the Flyers.

Calvin de Haan fed Ladd in the extra period for a tap-in winner after the Canucks had a couple of chances at the other end.

Josh Bailey added three assists for the Islanders, who moved a point ahead of Toronto for the second wild-card spot in the Eastern Conference after briefly dropping out of a playoff position following the Maple Leafs' 4-2 win over the Philadelphia Flyers earlier Thursday.

Troy Stecher, with a goal and an assist, Reid Boucher and Sven Baertschi had the goals for Vancouver. Ryan Miller made 24 saves.

LOS ANGELES (AP) — Jarome Iginla scored his second goal on a power play with 1:26 left in overtime as Los Angeles rallied for a victory over Nashville.

Iginla scored his first two goals for the Kings in the veteran forward's third game with his new club. Marian Gaborik had the tying goal and an assist, and Jonathan Quick made 21 saves.

After the Predators were whistled for too many men on the ice with 2:24 to play, Iginla skated in low and roofed a shot over Pekka Rinne, who made 31 saves.

Calle Jarnkrok and Kevin Fiala scored for Nashville, which has lost four straight. The Predators still took a point in each of their first two stops on a three-game California road trip.