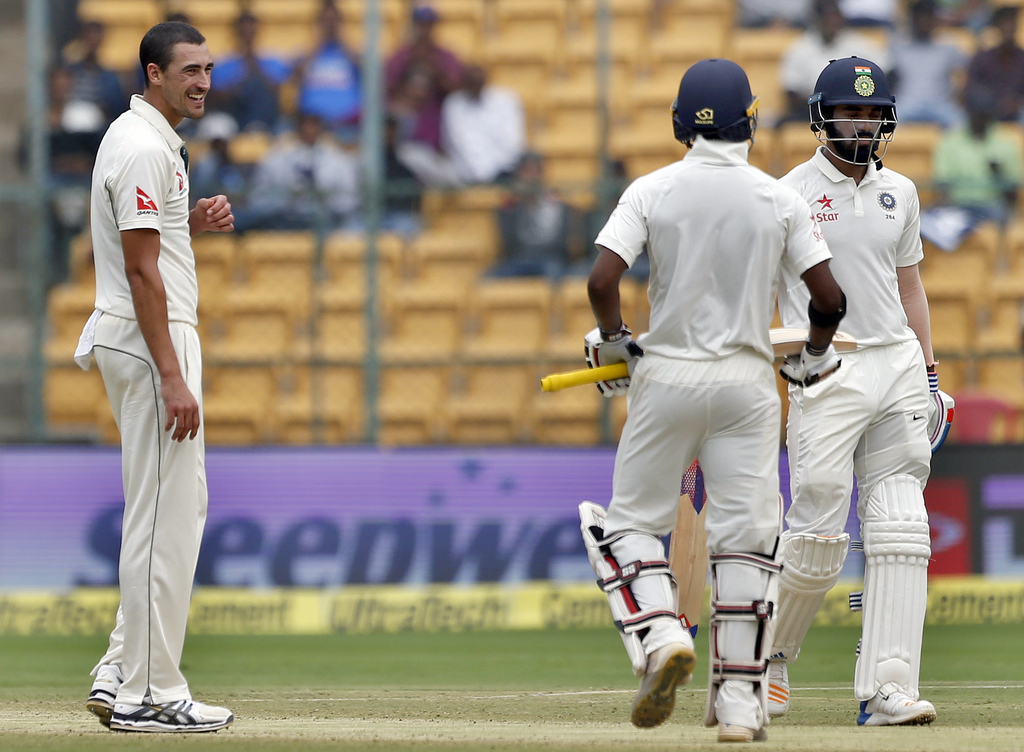 Cricket Australia physiotherapist David Beakley said in a statement Friday that Starc experienced pain in his right foot during the second test in Bangalore "which unfortunately had not subsided a few days after the test as we had hoped ... we made the decision to scan his foot in Bangalore this morning and unfortunately it has revealed a stress fracture."

Beakley said Starc would return to Australia for treatment and rehabilitation.

Cricket Australia said it would name a replacement player in the next few days. The series is level at 1-1.