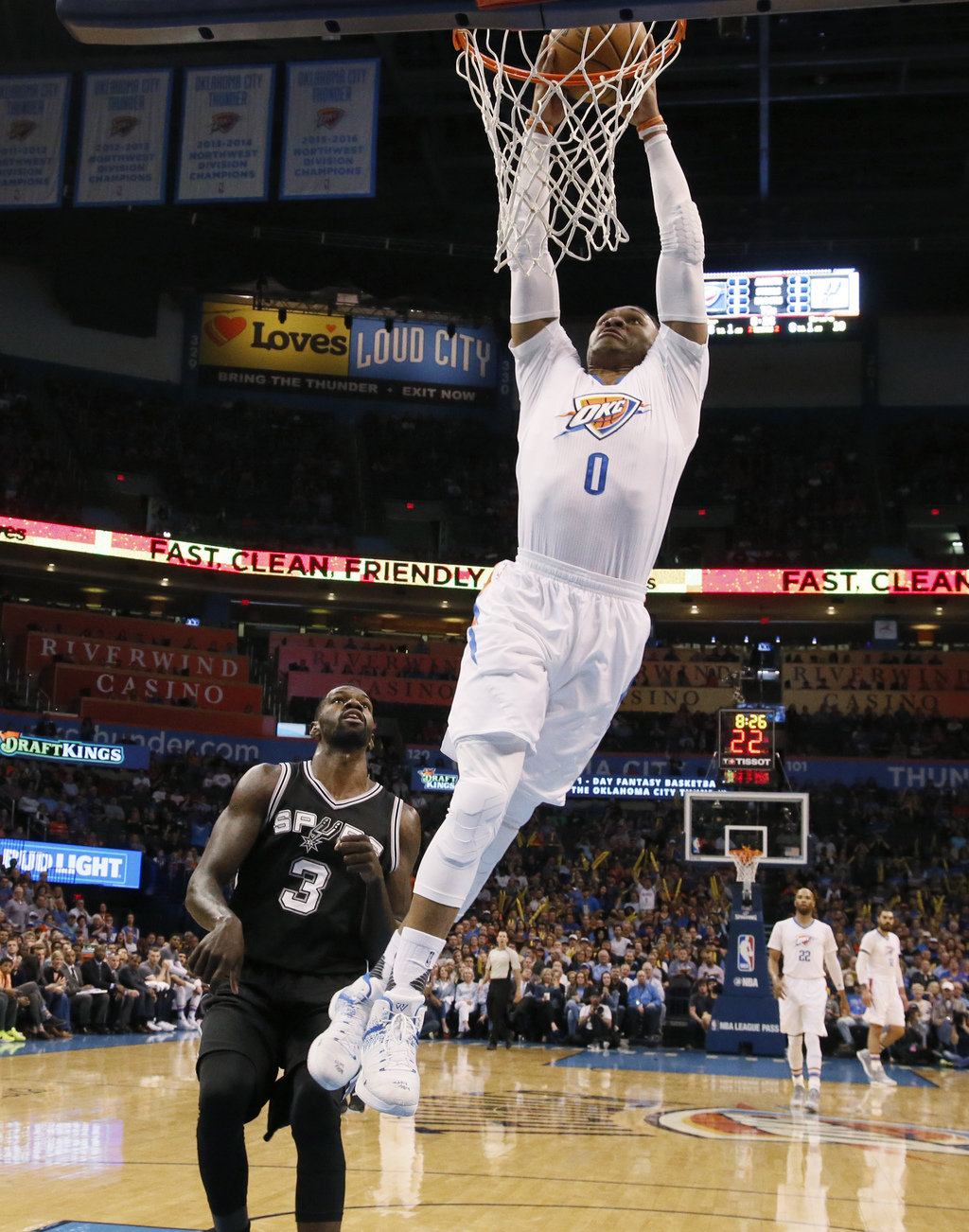 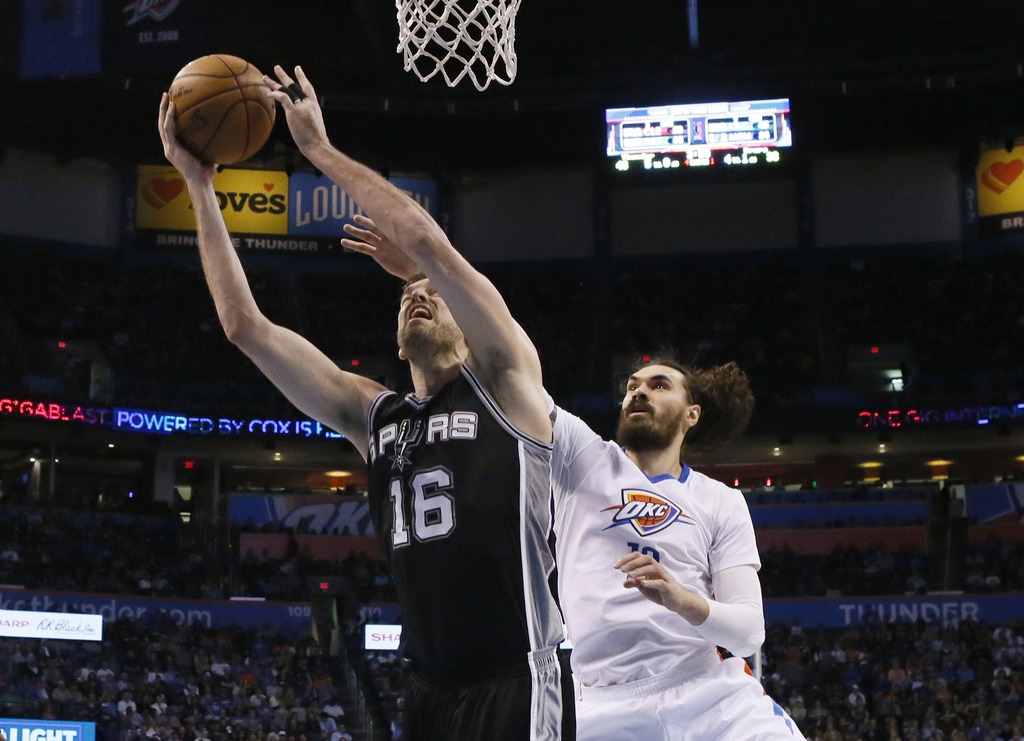 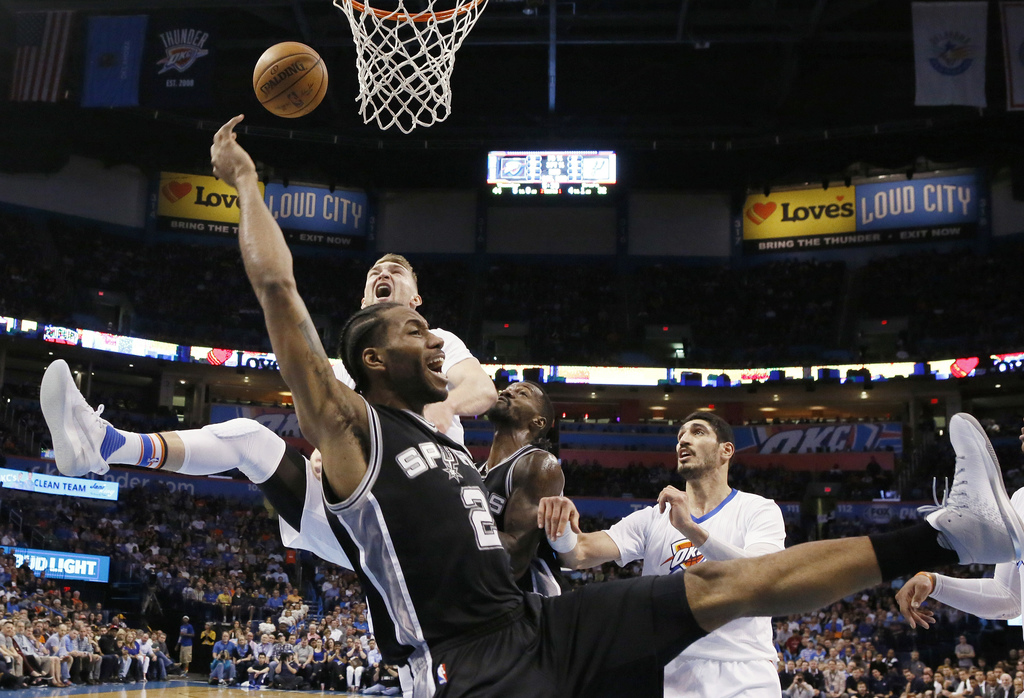 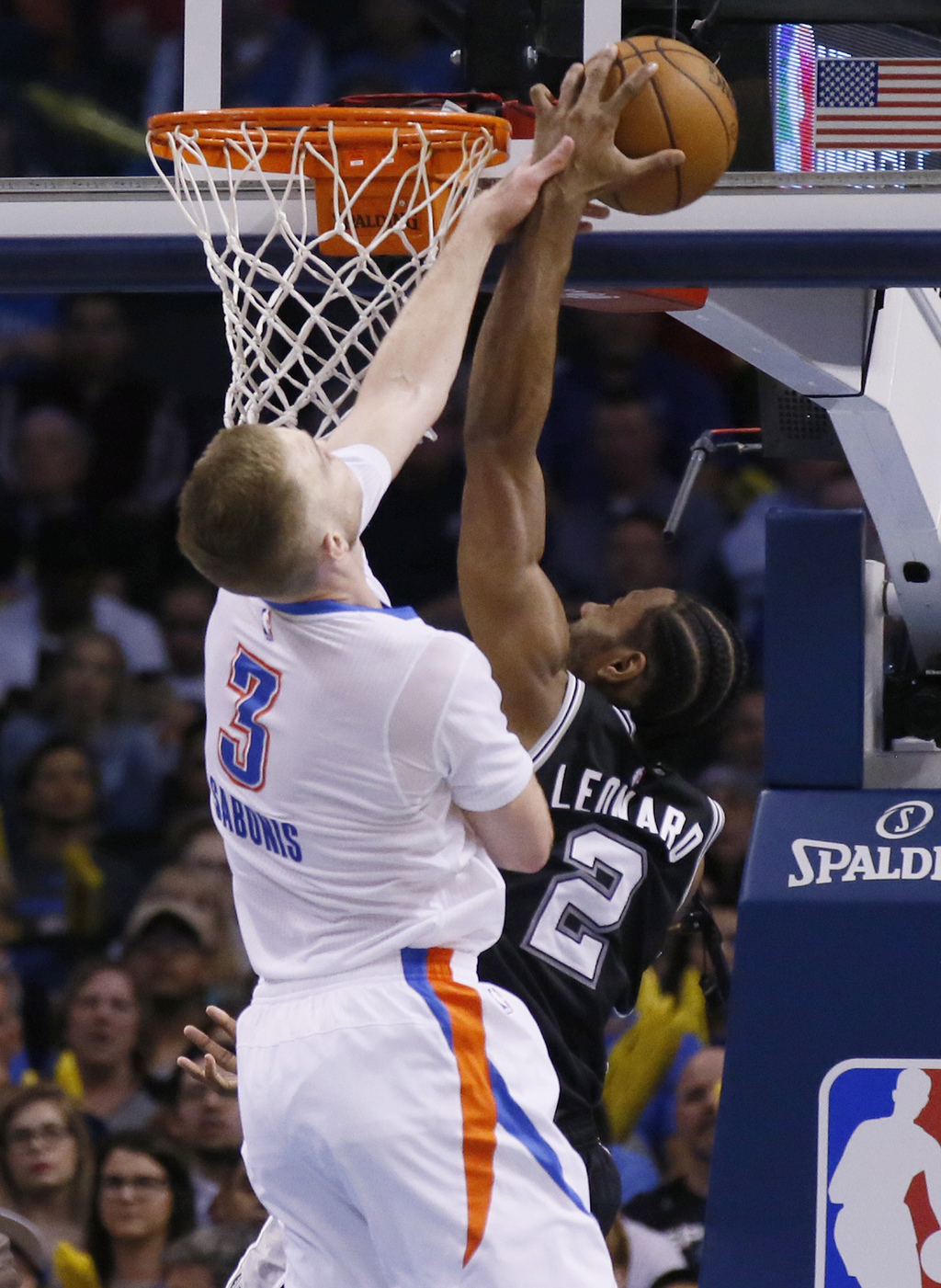 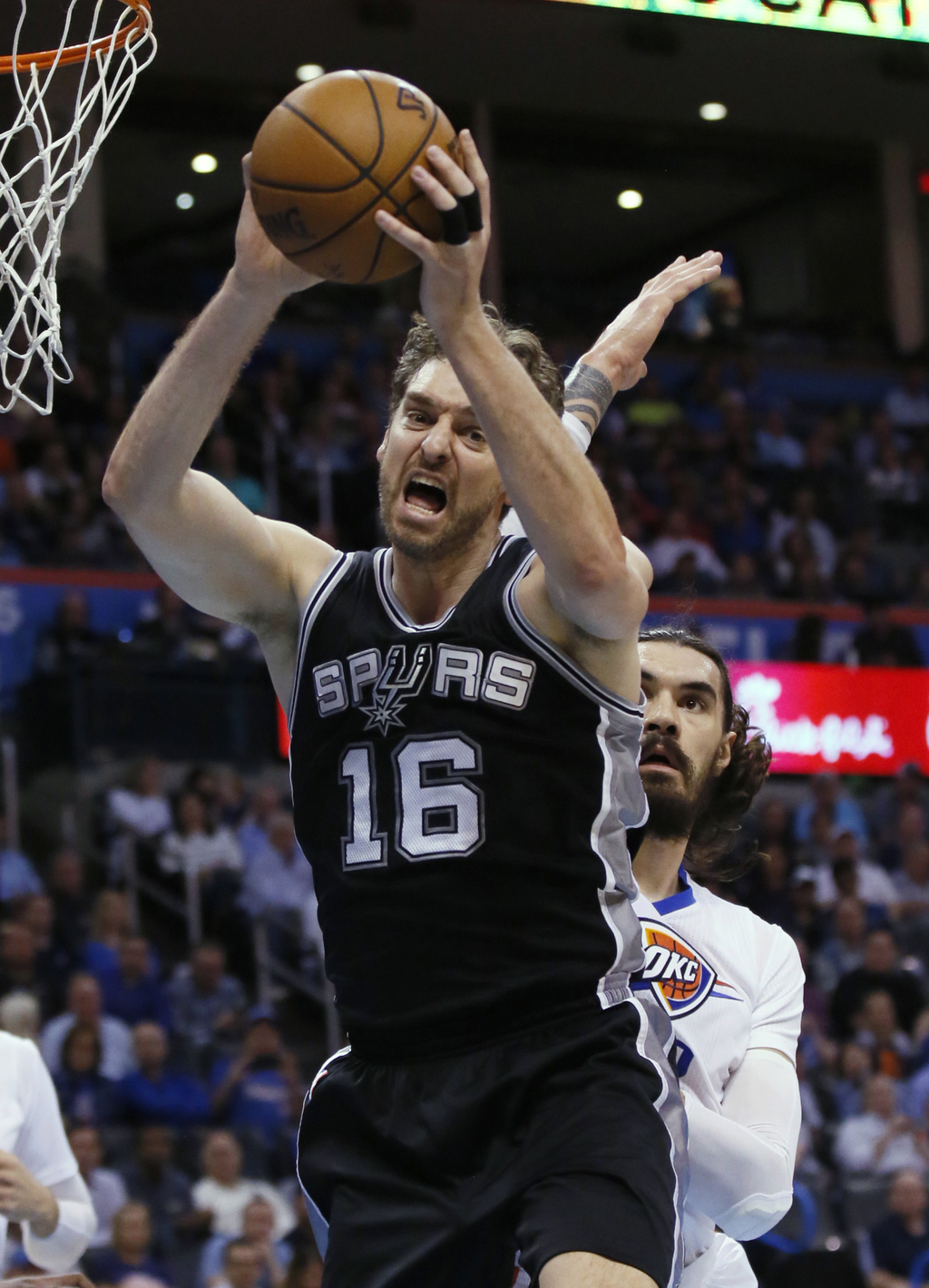 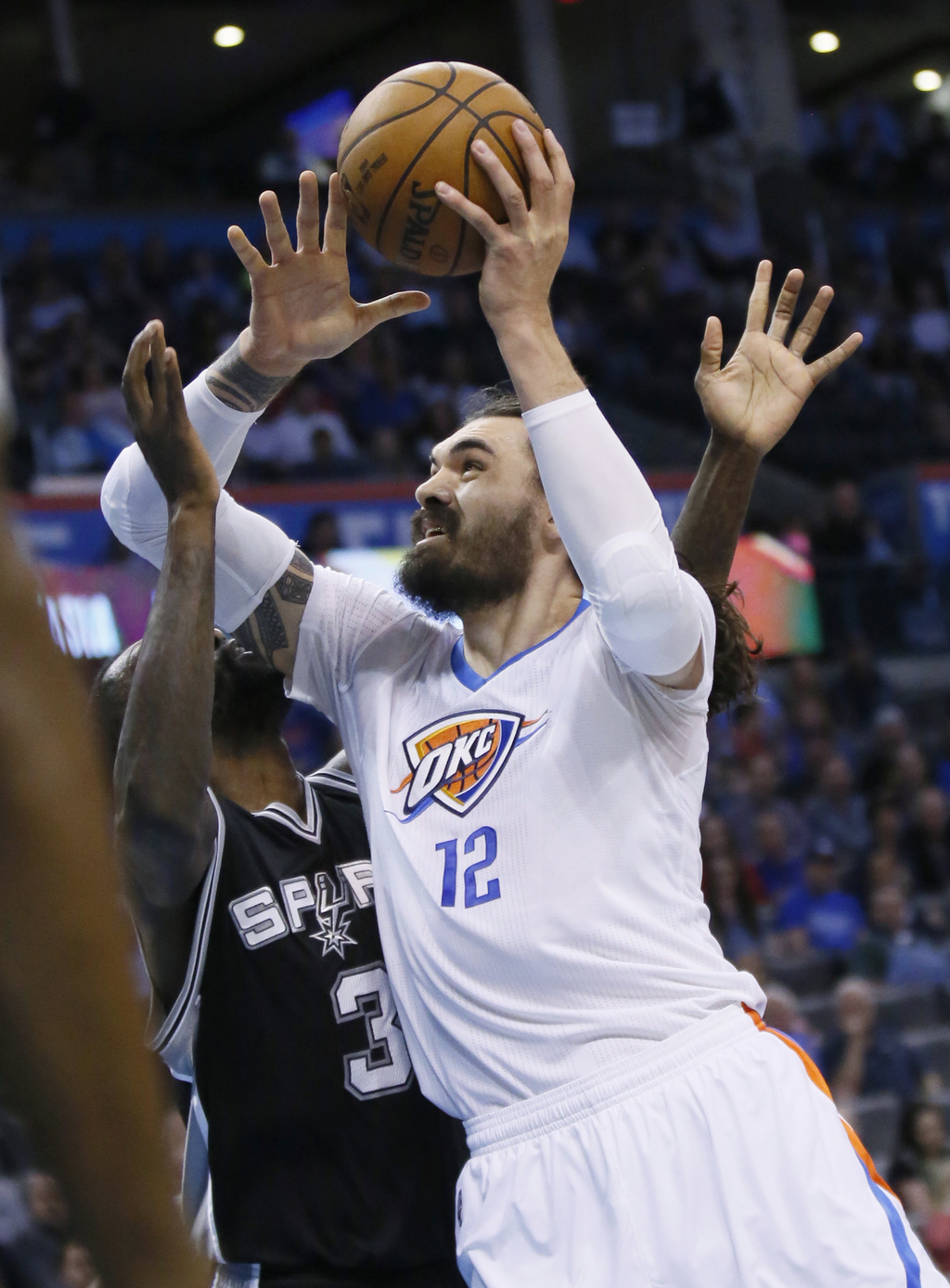 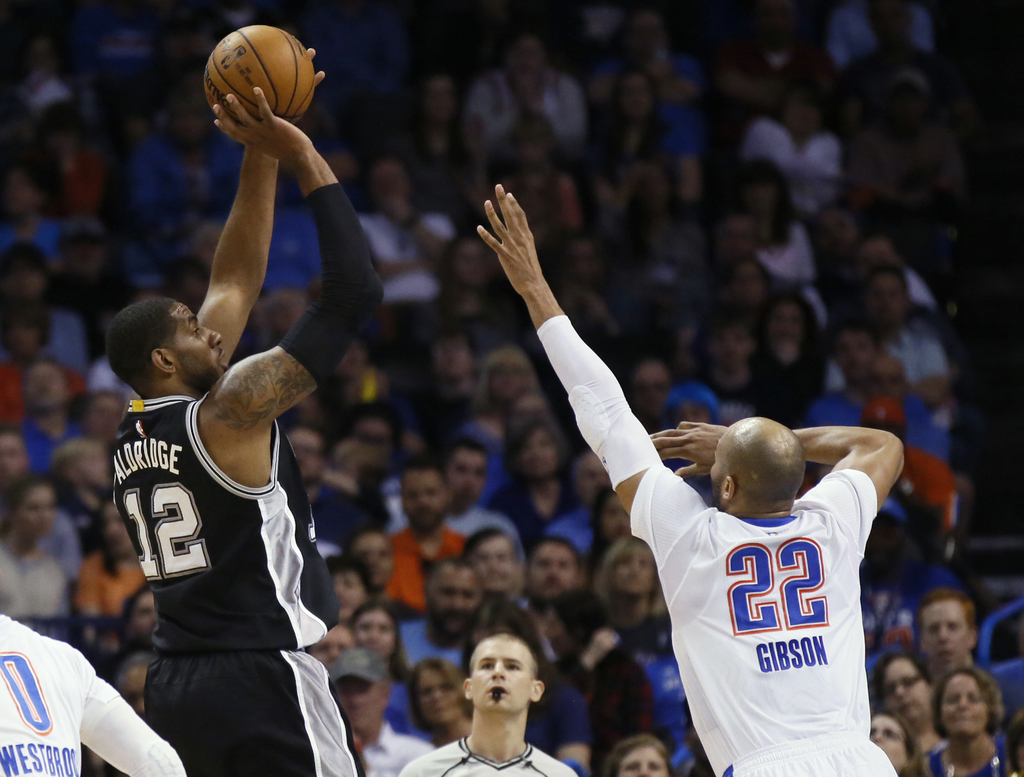 OKLAHOMA CITY (AP) — Oscar Robertson is the only player ever to have more triple-doubles in a season than Russell Westbrook.

Westbrook had his 31st triple-double of the season to help Oklahoma City beat San Antonio 102-92 on Thursday night. He had 23 points, 13 rebounds and 13 assists to match Wilt Chamberlain's 1967-68 campaign for the second-most in a season.

Robertson had 41 during the 1961-62 season. Westbrook said he is honored to be among the greats.

"It's a blessing, man," he said. "You come out every night and compete and try to compete at a high level. Whenever you are mentioned with guys like that, it's always a blessing. I don't take it for granted."

The Thunder are 25-6 this season when Westbrook gets a triple-double, and 43-6 the past two seasons.

Kawhi Leonard scored 19 points for the Spurs, but he took a hit in the head and neck area on a drive to the hoop by Oladipo in the third quarter, and he didn't play in the fourth quarter. Spurs coach Gregg Popovich was unsure how serious the injury was.

San Antonio dropped two games behind the Golden State Warriors in the race for the best record in the NBA. The Spurs host the Warriors on Saturday.

Westbrook scored 15 points in the first half, and the Thunder led 56-49 at the break. Pau Gasol had 16 points in the half for the Spurs.

Westbrook clinched the triple-double on a rebound with 7:17 to play. He made a 3-pointer with just less than six minutes remaining to push the lead to 96-80.

Oklahoma's Lithuanian rookie Domantas Sabonis came off the bench for the first time in his NBA career. He gave the team a spark with a poster dunk over Dewayne Dedmon in the second quarter.