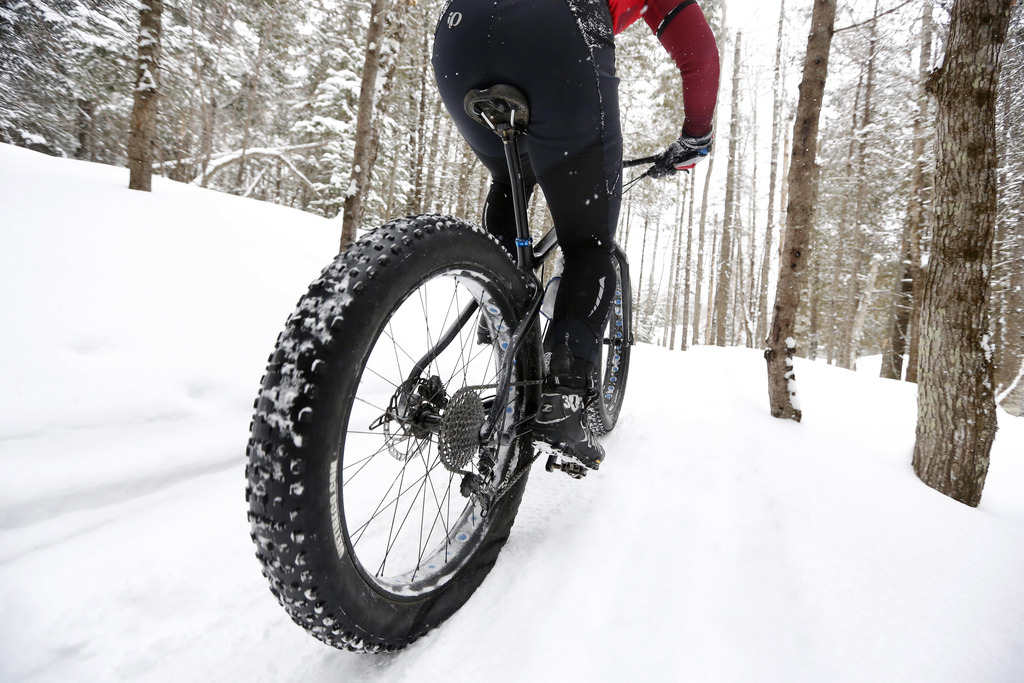 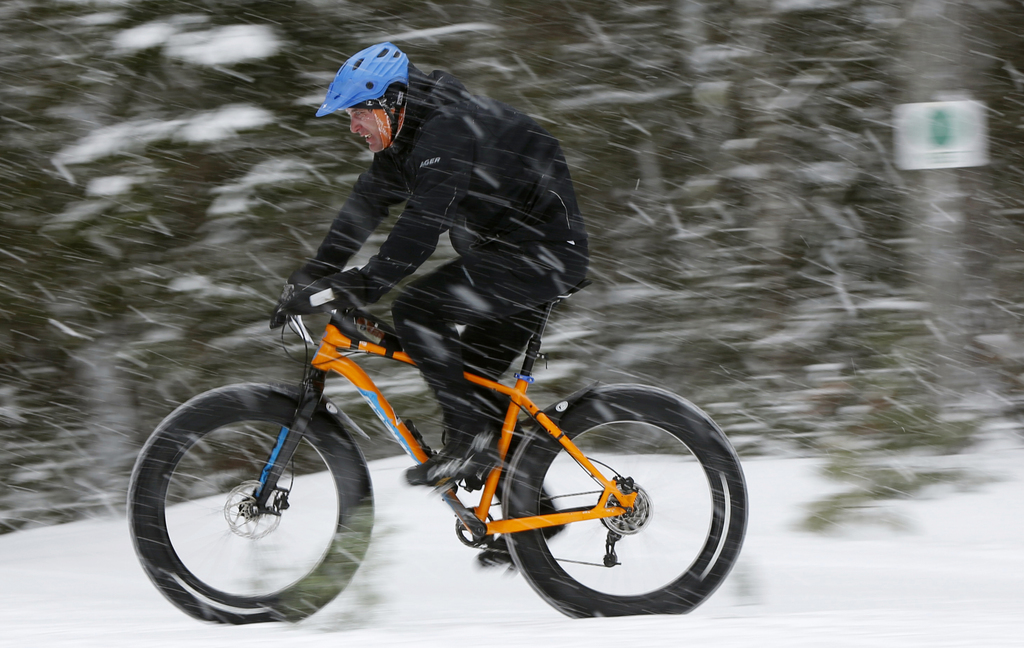 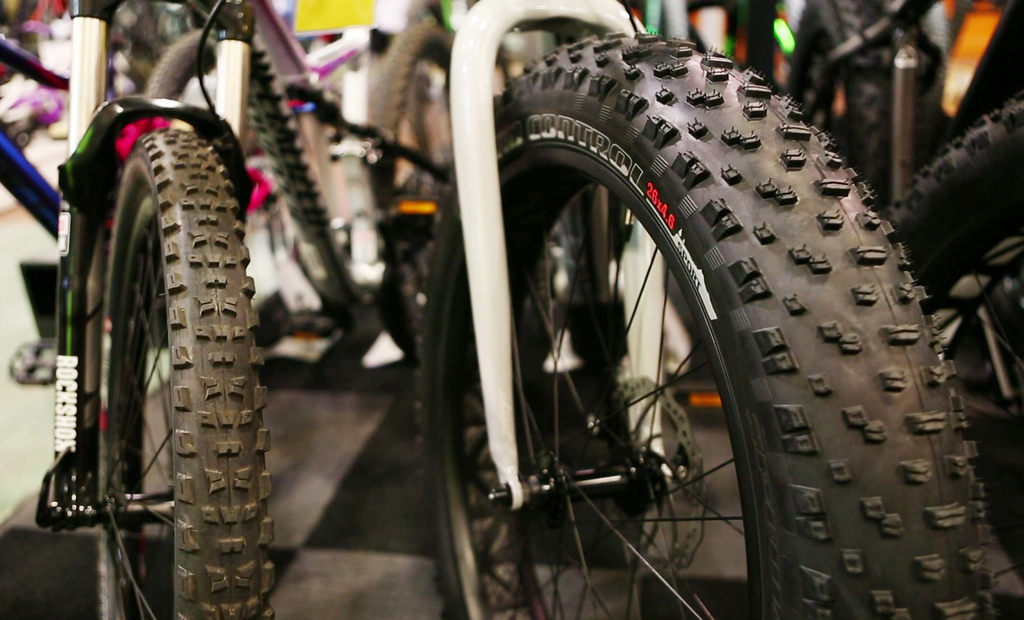 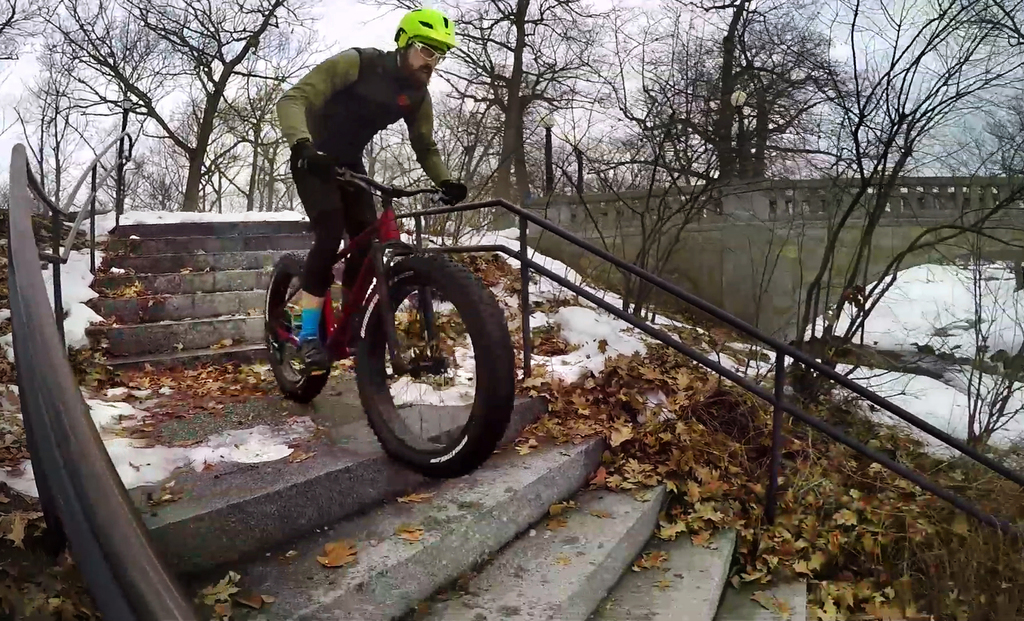 PORTLAND, Maine (AP) — Gone are the days when cyclists had to put away their bikes for the winter. These days, hard-core riders are staying outdoors year round thanks to "fat bikes" that allow them to conquer winter's worst instead of staying indoors on a stationary bike.

The bikes, with comically large tires, have come into the mainstream in the past couple of years, after being introduced about a decade ago.

John Grondin, 48, of Scarborough, got his fat bike to kick the winter blues.

"I wanted to get outside and ride in the winter," he said. "I like to ride, period. I'll ride a road bike. I'll ride a mountain bike. I just want to ride."

The ginormous tires are wide enough to float over snow and bounce over obstacles. Groomed snowmobile trails provide miles and miles of winter riding.

Fat bikes represent the first major bicycle trend in several decades, after BMX bikes in the 1970s and conventional mountain bikes in the 1980s, said Jay Townley, partner in Pennsylvania-based Gluskin-Townley Group, a consultant and market research company focusing on the bicycle business.

Growth in the segment has provided something to cheer about for bike retailers and has prevented a slide in bike sales, which number about 18 million units a year, he said.

"The industry, quite frankly, needed something. If anything, the fat tire bike helped to keep a stable bike industry instead of losing volume," he said.

The NPD Group, which tracks retail sales of bikes in the U.S., reports that fat tire bike sales have grown eightfold in the past three years, to $74.7 million in 2016.

The growing popularity can be seen at fat bike races.

Every weekend there are races and festivals across the nation's snowbelt. Dozens of riders braved single-digit temperatures in February for the "Sugarloaf Fat Tire Festival" at Maine's tallest ski mountain.

The bikes aren't cheap. Purchased at an independent bike shop, they can easily top $1,000, and the price goes up from there. But less-costly versions are being sold these days at big-box retailers like Wal-Mart.

Bike shops appreciate the extra business during what's typically a slow time of the year.

The Bar Harbor Bicycle Shop used to close for the winter but is now offering fat bike rentals for riding inside Maine's Acadia National Park. Cyclists can ride their fat bikes even if there's a lack of snow that sidelines snowmobiles and cross-country skiers and others winter sports, said shop manager Adam Gariepy.

Range Morton, sales manager at Gorham Bike and Ski in Portland, said fat bike sales creep upward when there's a lack of snow that leads to a corresponding decrease in ski sales.

"The fat bikes really help us to get through the winter," Morton said. "They were a big help last year and this year."

David Crowell, of Laconia, New Hampshire, said riding takes him back to his childhood, except that he couldn't afford a $5,000 carbon-fiber bike when he was 12.

Getting outdoors, there's a sense of freedom, and perhaps a bit of danger. After all, there's no way to avoid the occasional spill while bombing around in the snow. Thankfully, riders note, snow hurts less than pavement in a crash.

"There's something about those big fat tires — they tend to put a grin on people's faces," Crowell, 47, said. "It's like being a kid. You're out there doing something. Maybe you shouldn't be doing it, but you're doing it anyway."