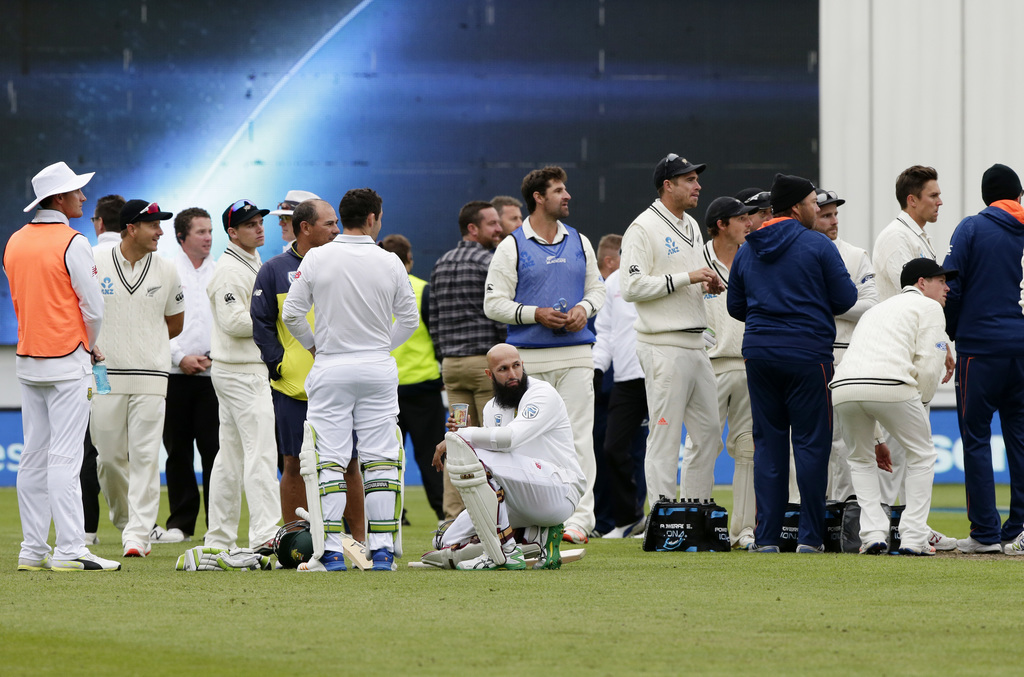 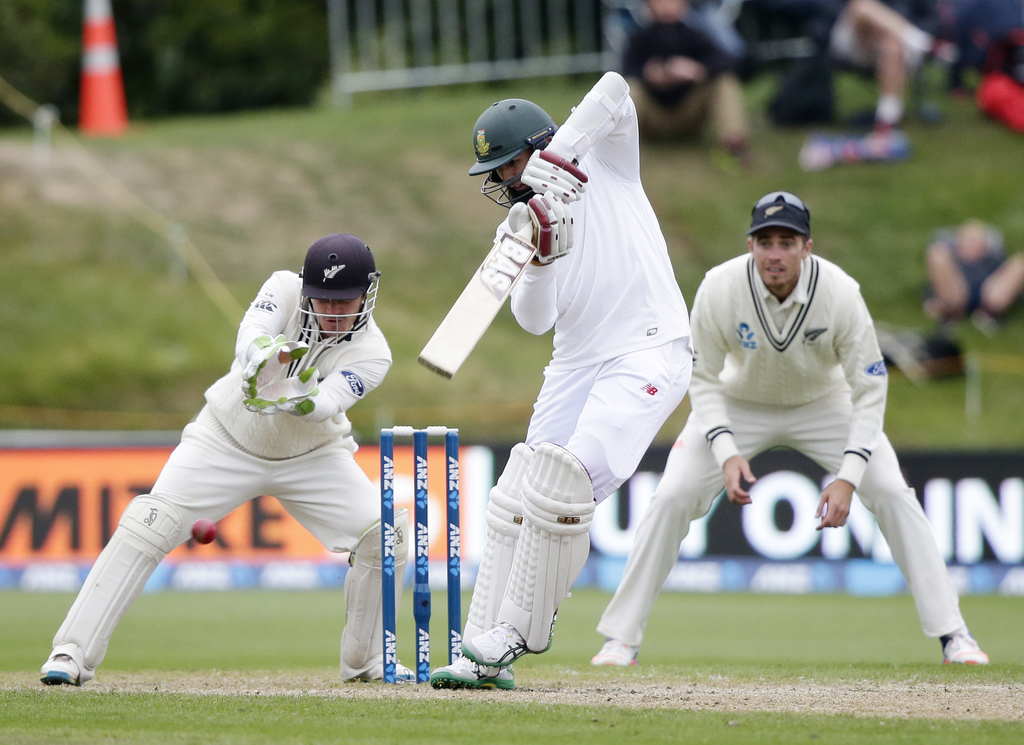 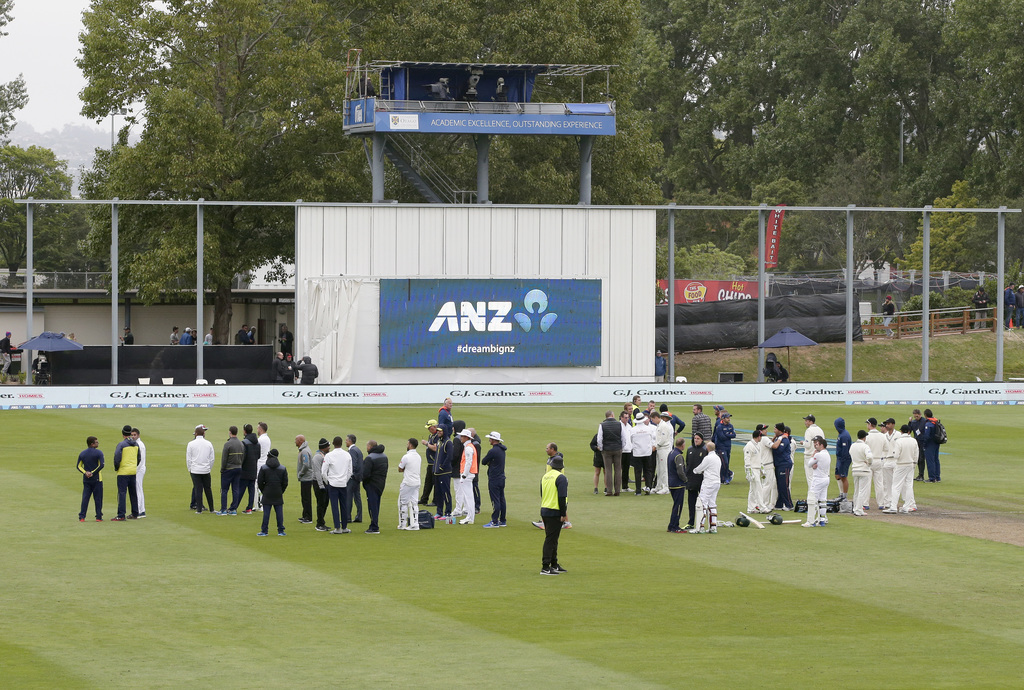 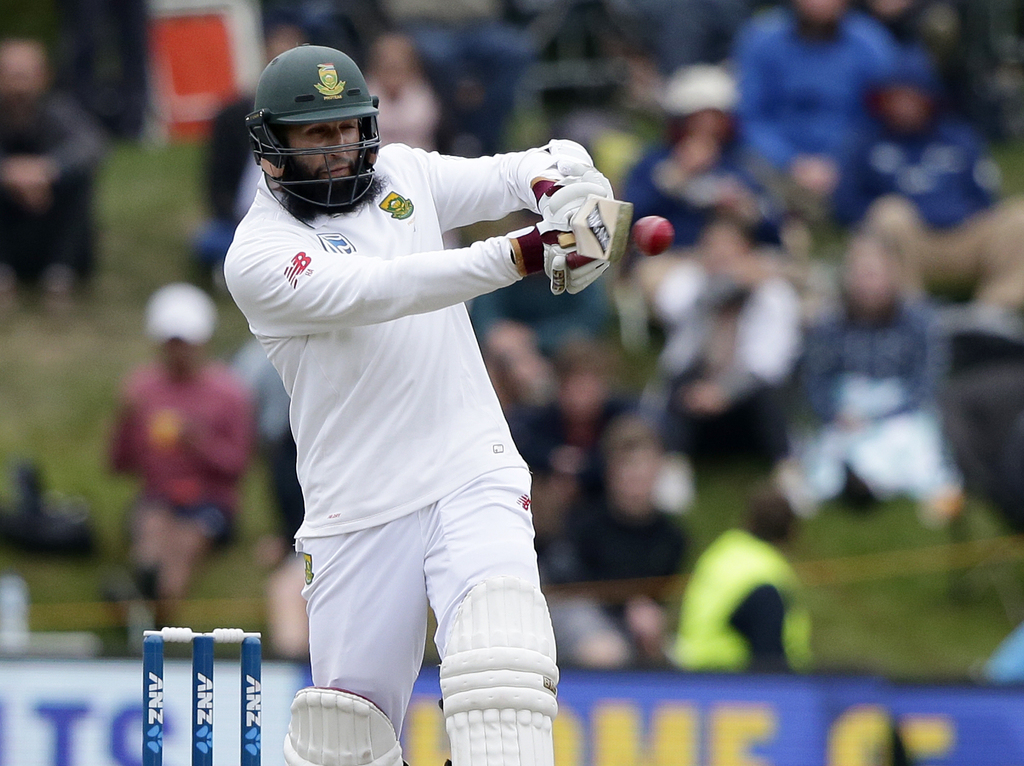 DUNEDIN, New Zealand (AP) — South Africa led New Zealand by five runs with nine second-innings wickets in hand at stumps Friday as the meandering third day of the first cricket test became dramatic when a fire alarm forced the evacuation of the stadium.

Kane Williamson's 16th test century helped New Zealand to 341 in reply to South Africa's first innings of 308 — a slight but significant lead of 33 runs in a match which has been in the balance since the first day.

A day played in bitterly cold conditions came to life less than an hour before scheduled stumps when a fire alarm began to blare at the University Oval. First the main grandstand was evacuated, then when fire trucks arrived, the decision was made that the whole stadium should be cleared.

Players left the field — South Africa was then 14-1 — and the instruction went out that the stadium should be cleared; television commentators were forced to down microphones mid-sentence as the demanded evacuation was strictly enforced.

Play was delayed by 20 minutes and stumps were pushed back by that margin until players and fans returned when no sign of fire was found. The day had a final, downbeat ending when the umpires called players from the field for bad light after 18 overs when Elgar was 12 not out and Hashim Amla 23.

A day on which two closely-matched teams competed for any small advantage and on which Williamson's 130 and Keshav Maharaj's 5-94 were highlights needed that injection of external drama to rise above the humdrum.

South Africa took 122.4 overs to assemble is 308 as it batted first on winning the toss and as Dean Elgar anchored its innings with 140 — his highest test score, compiled in just under seven hours.

New Zealand then needed 114.3 overs to achieve its small first-innings lead and, again, the effort revolved around one significant innings — Williamson's effort — which occupied 6 hours, 20 minutes.

Two South Africa-born players were critical to New Zealand achieving a first-innings lead. Wicketkeeper B.J. Watling made 50 — his 13th half century in tests and his third in seven test innings against South Africa — and Neil Wagner blasted 32 to push New Zealand beyond the Proteas' total.

New Zealand had gone to tea at 304-8, still four runs behind South Africa. Wagner went on the offensive at the start of the final session — the first sign of aggressive batting in the match — and hit 4, 6, 4 from Vernon Philander on his way to 32 from as many deliveries with five fours and two sixes.

Then Ross Taylor, who retired hurt on 8 after suffering a calf injury Thursday, returned to the crease unexpectedly and added a further 7 runs before ending with an unusual not out against his name. He put on 17 runs in his last wicket partnership with Wagner to give New Zealand a small lead.

"It's just a small tear so it was nice to contribute in some sort of way and get a bit of a lead but it's obviously still frustrating," Taylor said. "It's nice to get a bit of momentum into our innings and we obviously batted very well, led by Kane."