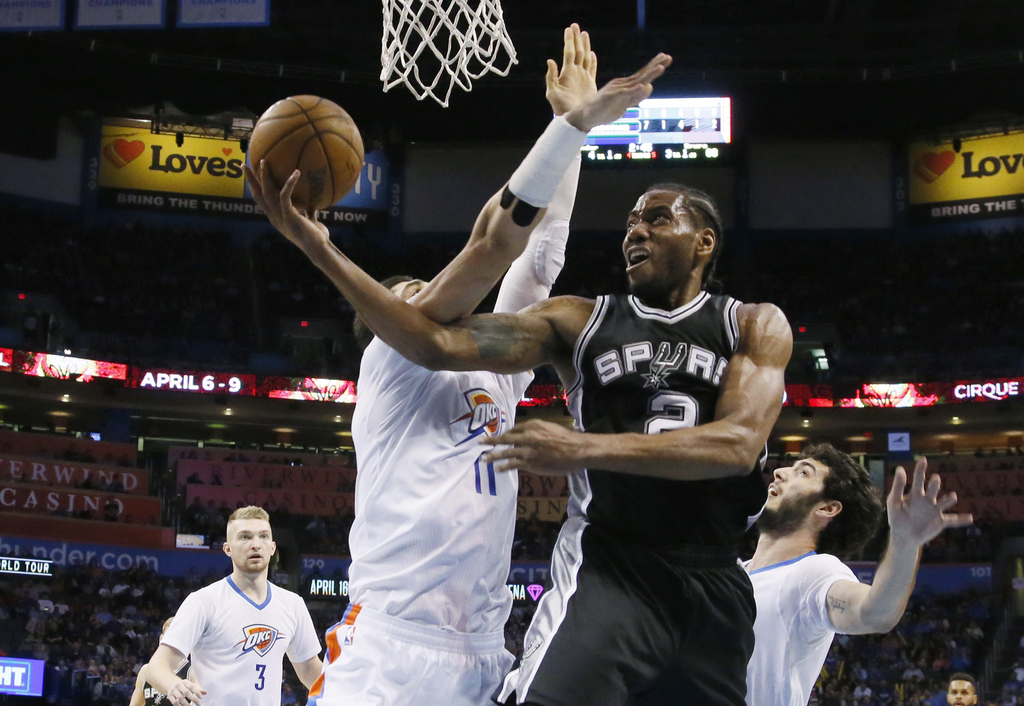 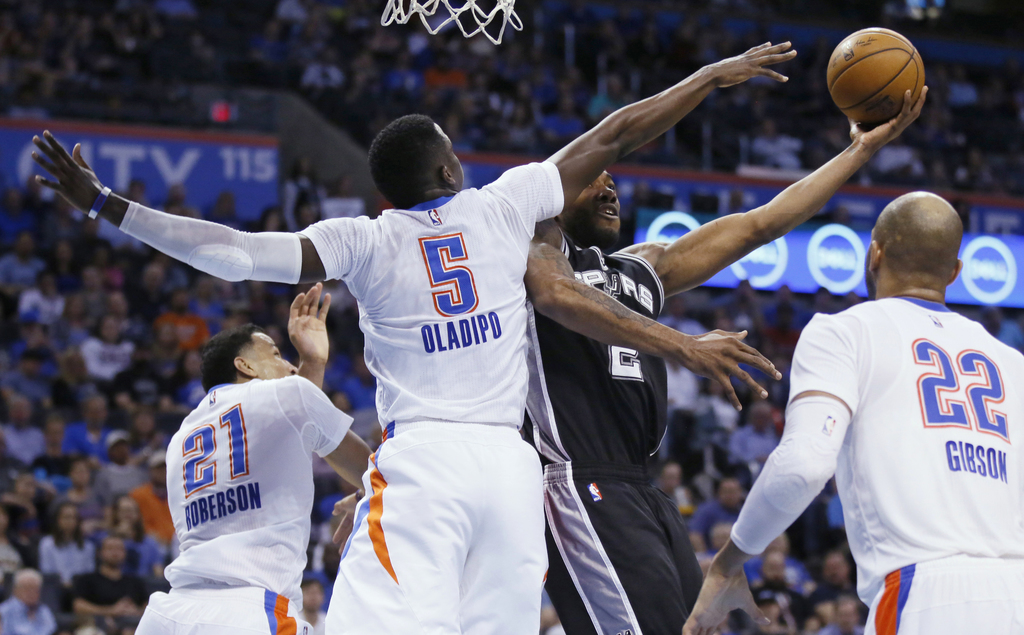 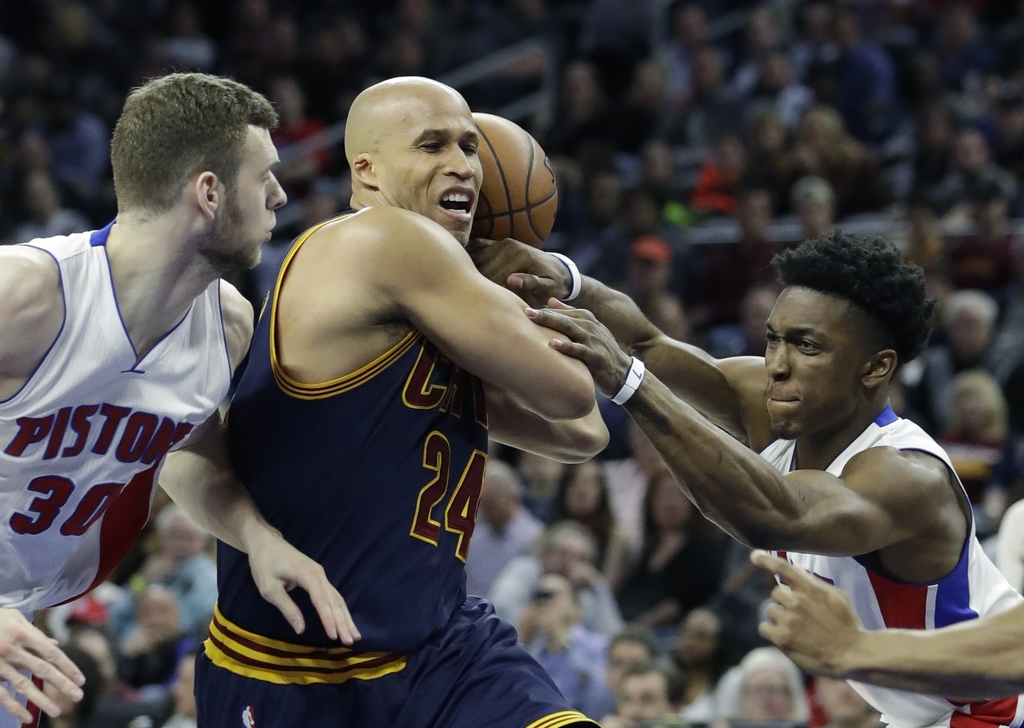 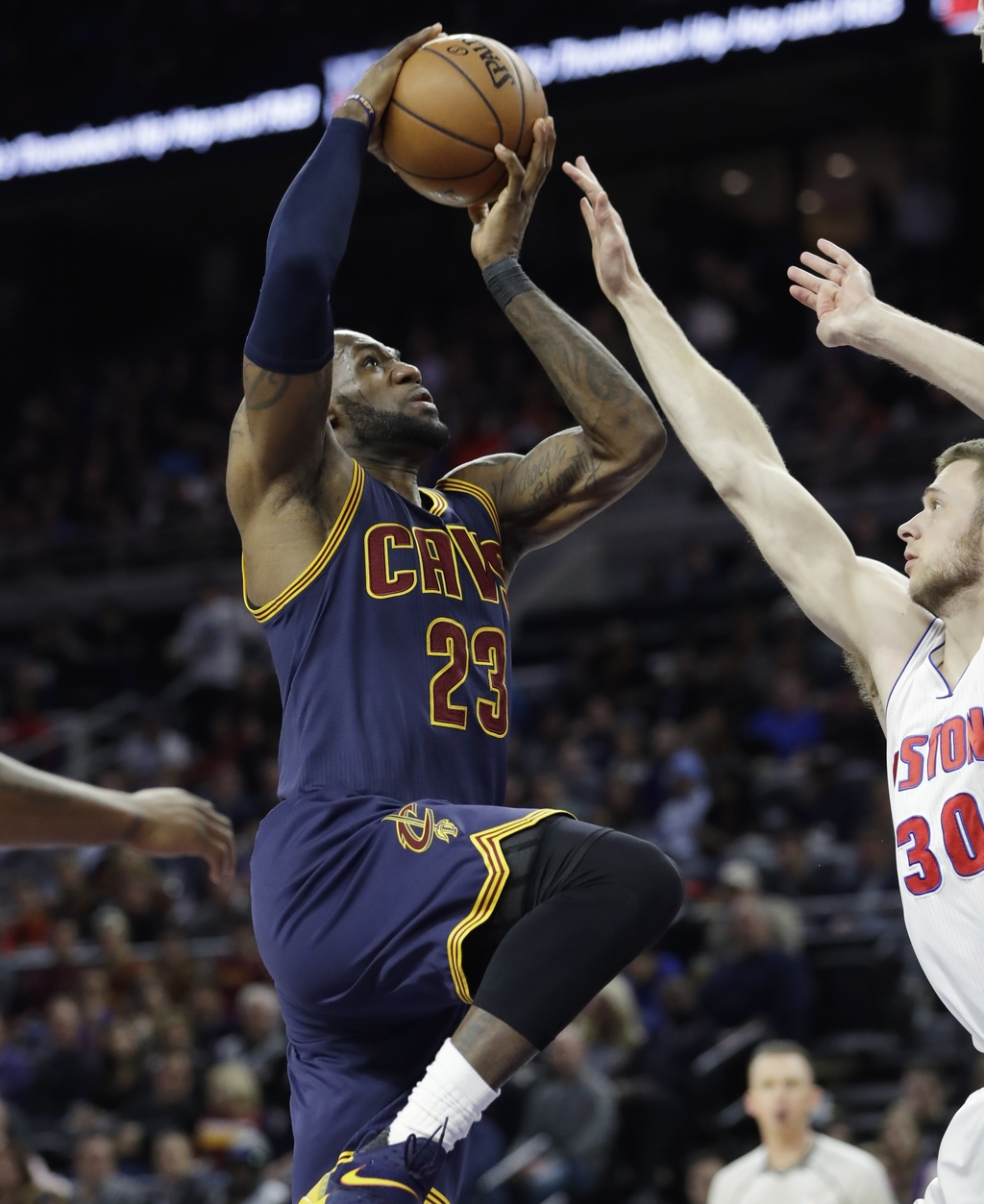 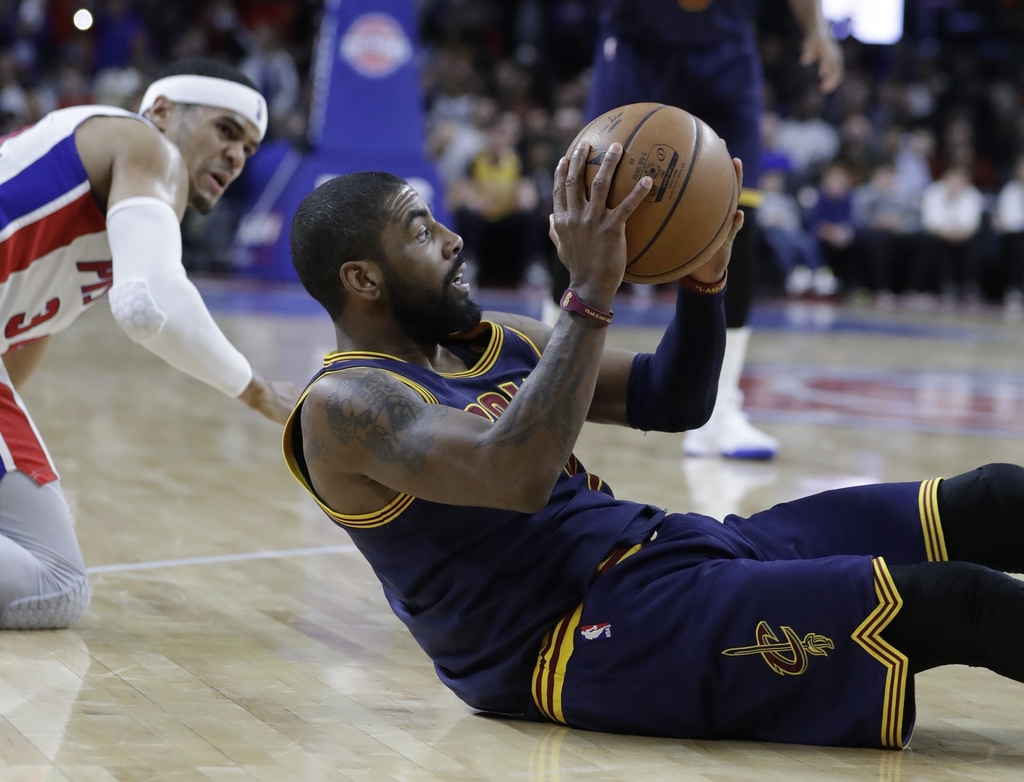 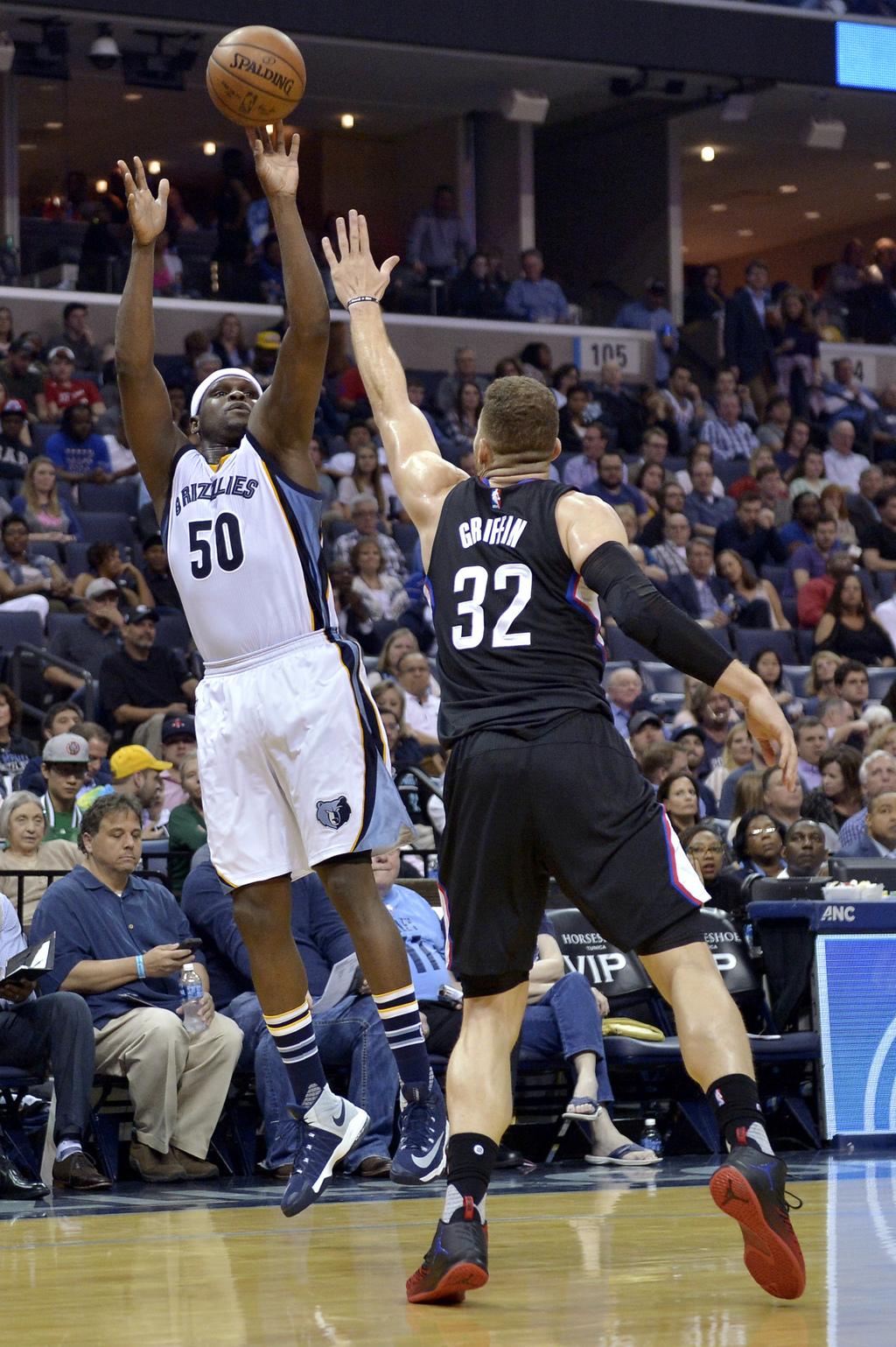 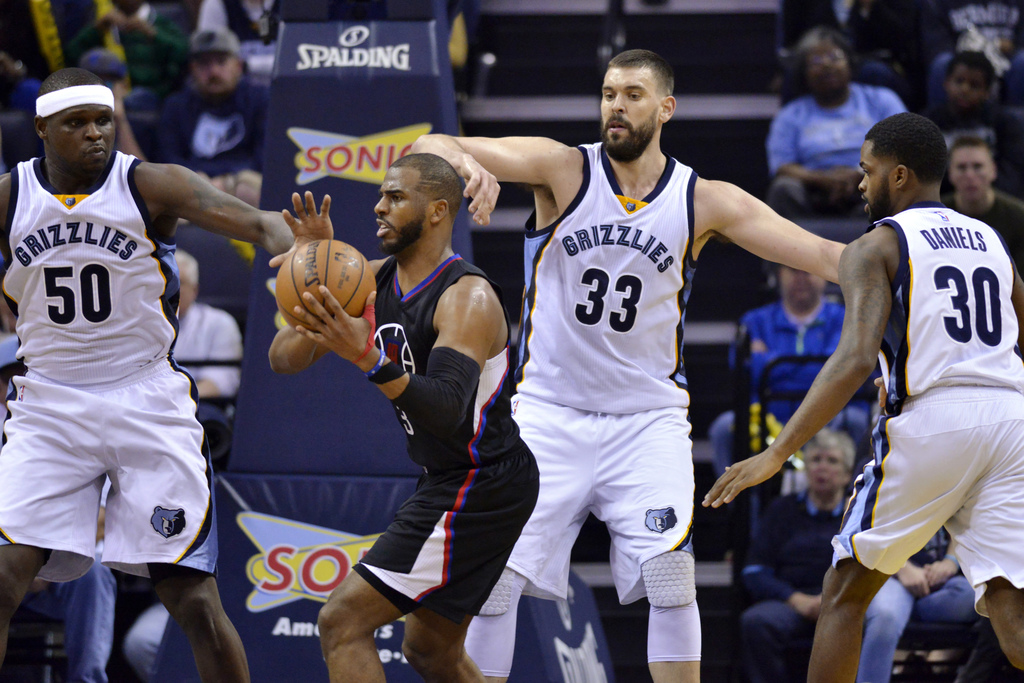 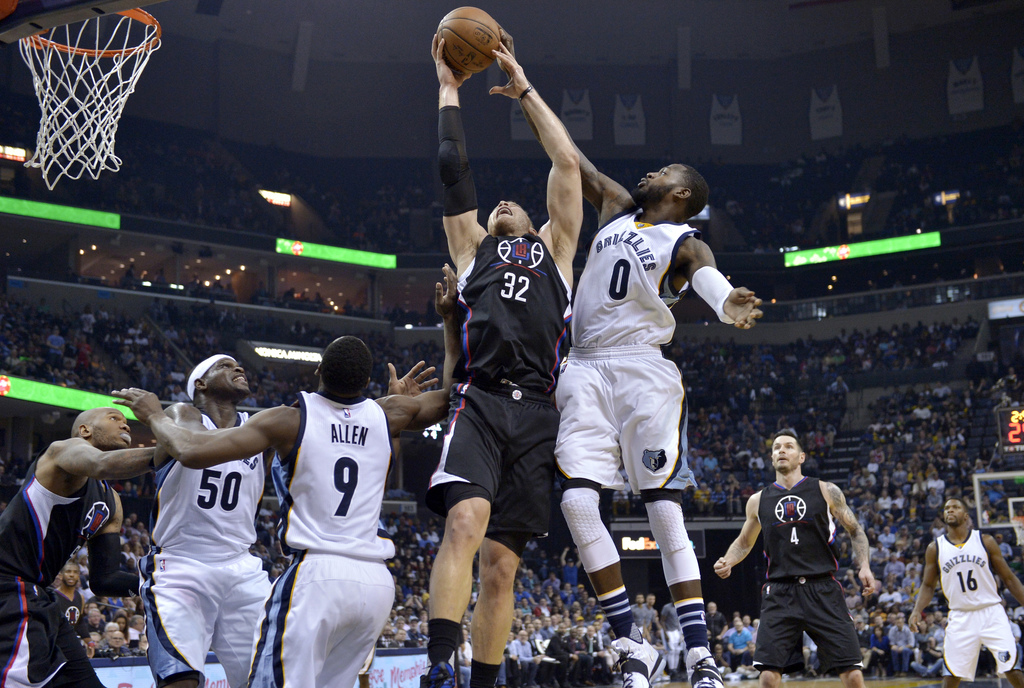 OKLAHOMA CITY (AP) — Russell Westbrook had his 31st triple-double of the season to help the Oklahoma City Thunder beat the San Antonio Spurs 102-92 in the NBA on Thursday night.

Westbrook had 23 points, 13 rebounds and 13 assists to match Wilt Chamberlain's 1967-68 campaign for the second-most triple-doubles in a season.

Victor Oladipo scored 20 points, and Enes Kanter added 14 points and 10 rebounds for the Thunder. They snapped a four-game losing streak.

Kawhi Leonard scored 19 points for the Spurs, who had won nine straight. San Antonio dropped two games behind the Golden State Warriors in the race for the best record in the NBA.

AUBURN HILLS, Michigan (AP) — Andre Drummond had 20 points and 16 rebounds, and Detroit scored the first 13 points of the fourth quarter before holding off injury-plagued Cleveland.

LeBron James had 29 points, 13 rebounds and 10 assists — and threw down over a half-dozen tremendous dunks — but the Cavaliers have now lost three straight and five of their last seven. J.R. Smith played for Cleveland after a thumb injury had kept him out since December, but Kevin Love and Kyle Korver were out, and the Cavaliers lost Andrew Bogut earlier in the week with a broken leg.

Cleveland led 80-73 after finishing the third quarter with a 22-5 run, but the Pistons started strong in the fourth, and a tip-in by Reggie Jackson gave Detroit an 82-80 advantage.

Kyrie Irving had 27 points for Cleveland.

The Clippers solidified their hold on the fifth seed in the Western Conference, while Memphis continued a skid that has reached four straight.