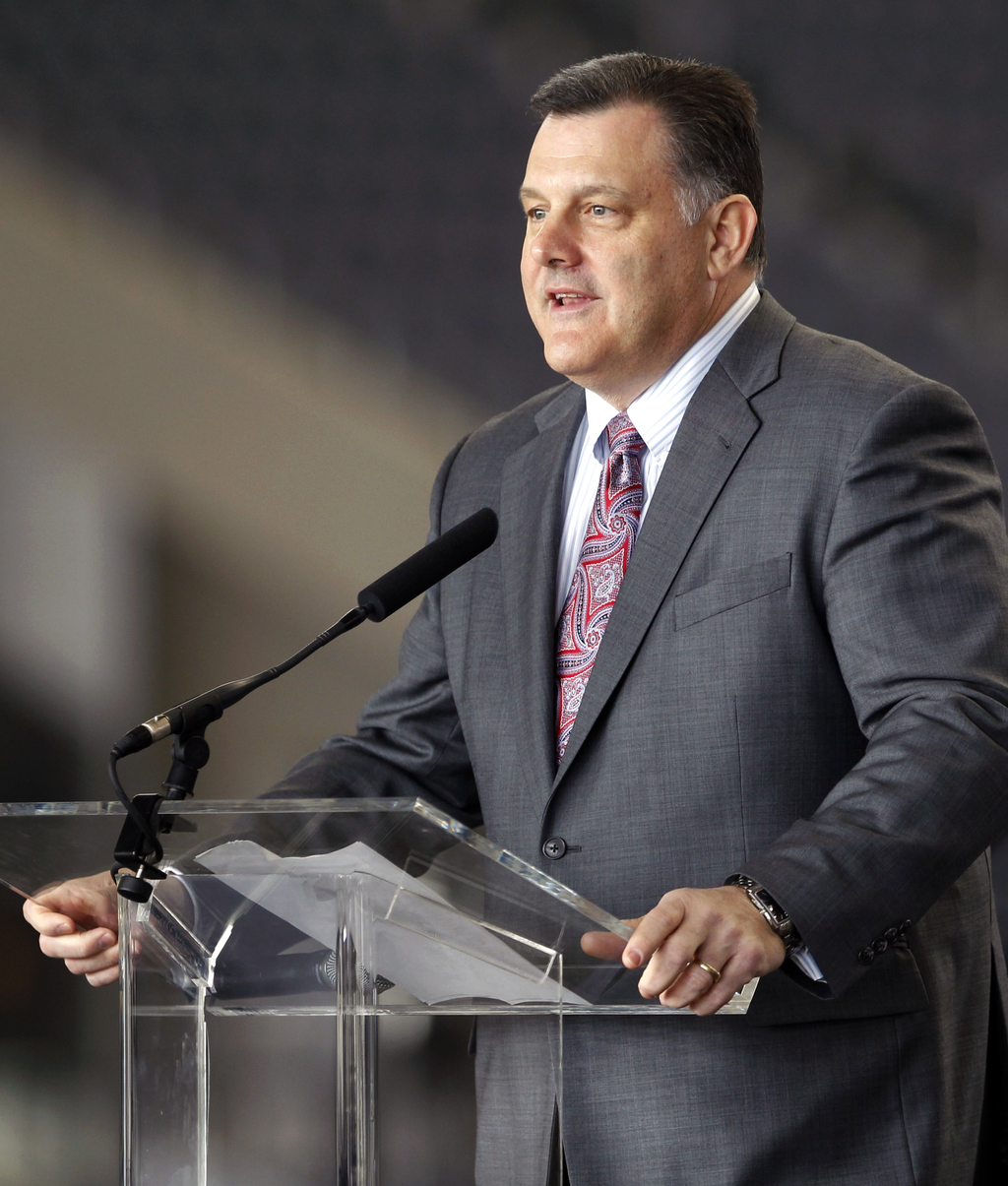 U.S. Olympic Committee leaders have contacted leaders at USA Gymnastics about president Steve Penny's future at the federation and say they'll wait for the gymnastics board to respond before divulging what was said.

Penny was discussed at Thursday's USOC board meeting. He is under scrutiny for the federation's handling of a string of sexual abuse cases.

He is a co-defendant in a civil lawsuit filed by 2000 Olympian Jamie Dantzscher, who has accused former volunteer team doctor Larry Nassar of sexual abuse.

Penny has had the support of the USA Gymnastics board. The USOC doesn't have official capacity to oust Penny but could take measures such as cutting funding. USOC gives USAG a cash grant of nearly $2 million each year.

USOC CEO Scott Blackmun said there was no deadline for USAG leadership to respond to the recommendations.

USA Gymnastics chairman Paul Parilla released a statement saying USAG "shares the USOC's commitment to promoting a safe environment for all athletes, and we take its views seriously."

He said the board would meet shortly to determine the next steps, but did not mention any recommendations from the USOC.

For years, the USOC has used its significant funding resources as a card in pressuring national governing bodies into making changes it deems necessary. For instance, in 2008, the USOC essentially demanded USA Track and Field streamline its board of directors and said it would consider decertifying the federation if it did not comply.

Since Blackmun took over in 2010, however, the USOC has been reluctant to pressure national governing bodies into making major changes.

A trove of documents unsealed last week in a Georgia lawsuit against USA Gymnastics included a 1999 letter from USA Gymnastics' former president, Bob Colarossi, to Blackmun and others at the USOC warning that it fell short of using the best methods to prevent sex abuse.

Little changed over the years, and not until a sex-abuse scandal at USA Swimming erupted in 2010 did the USOC start taking significant action. Just last month, the USOC-funded SafeSport center opened after a two-plus-year quest for funding.

"Should we have noticed earlier that this full area merited closer attention from the USOC?" said Blackmun, who served as general counsel when Colarossi sent the letter. "With the benefit of hindsight, I sure wish we had. But we didn't and the truth is, when this became an issue of great media interest in 2010, it became obvious to us that the scope and scale of the problem was much bigger than any of us were aware of.

"I wish we'd have jumped on it then. I wish we'd had a better appreciation and better response back in 1999."