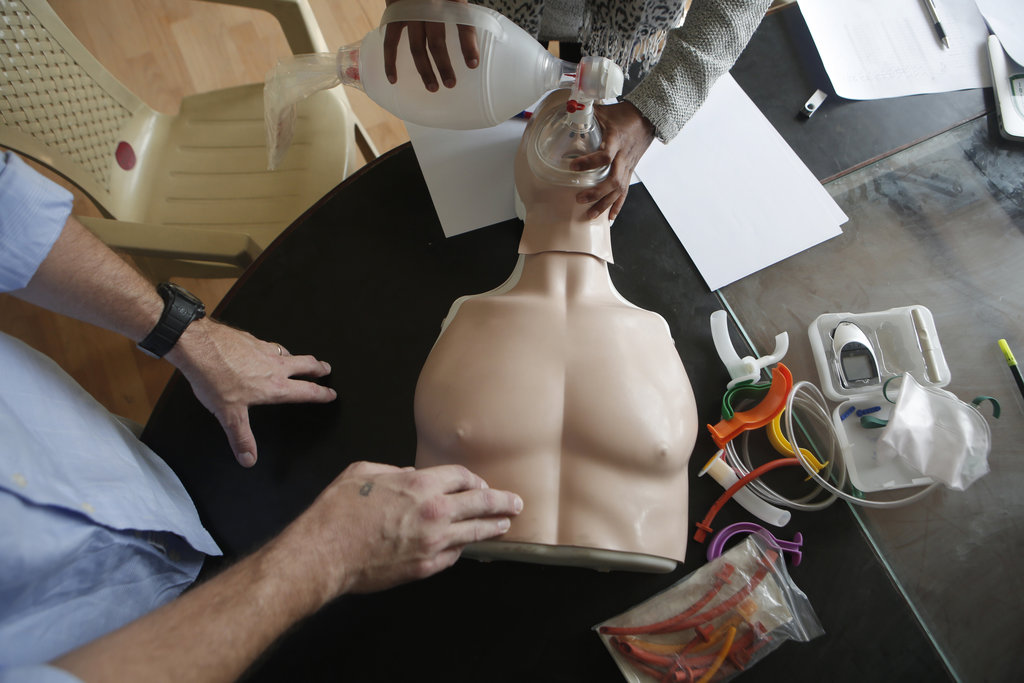 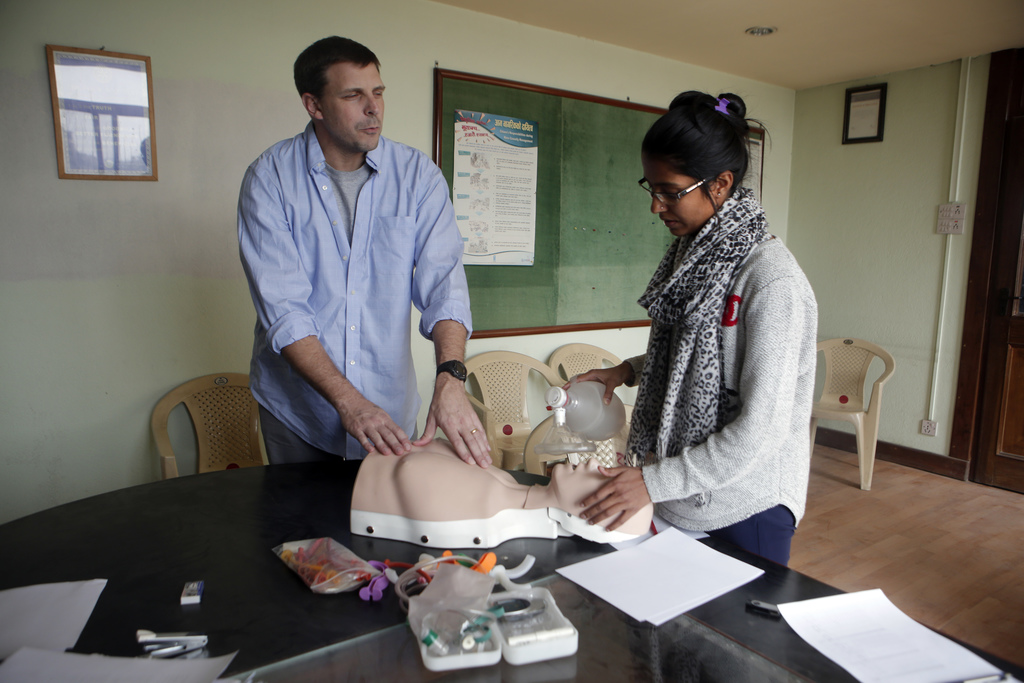 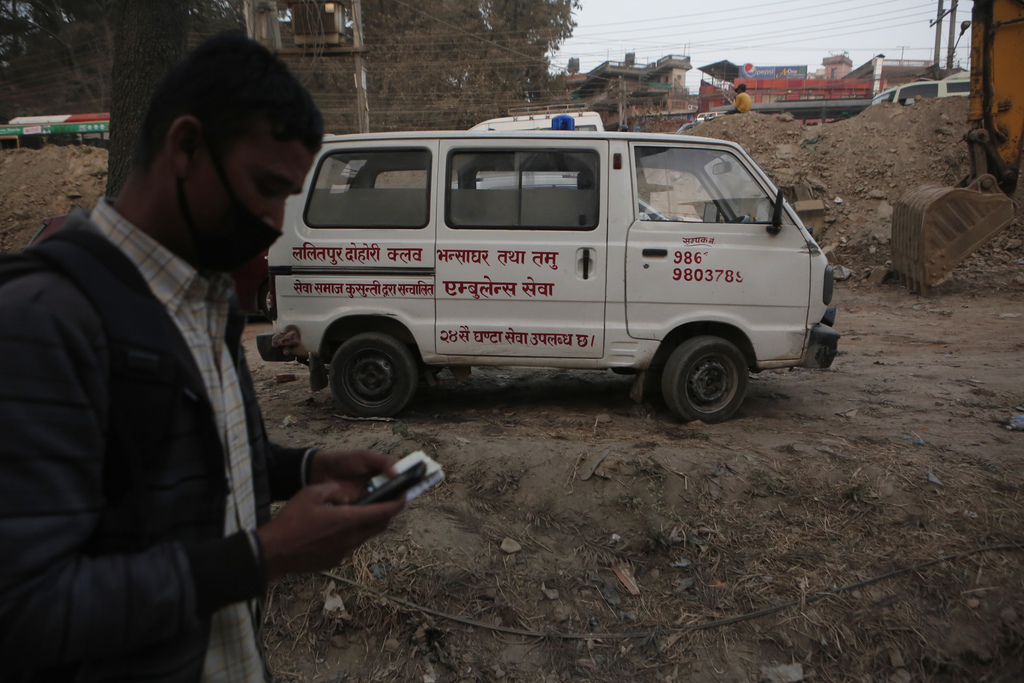 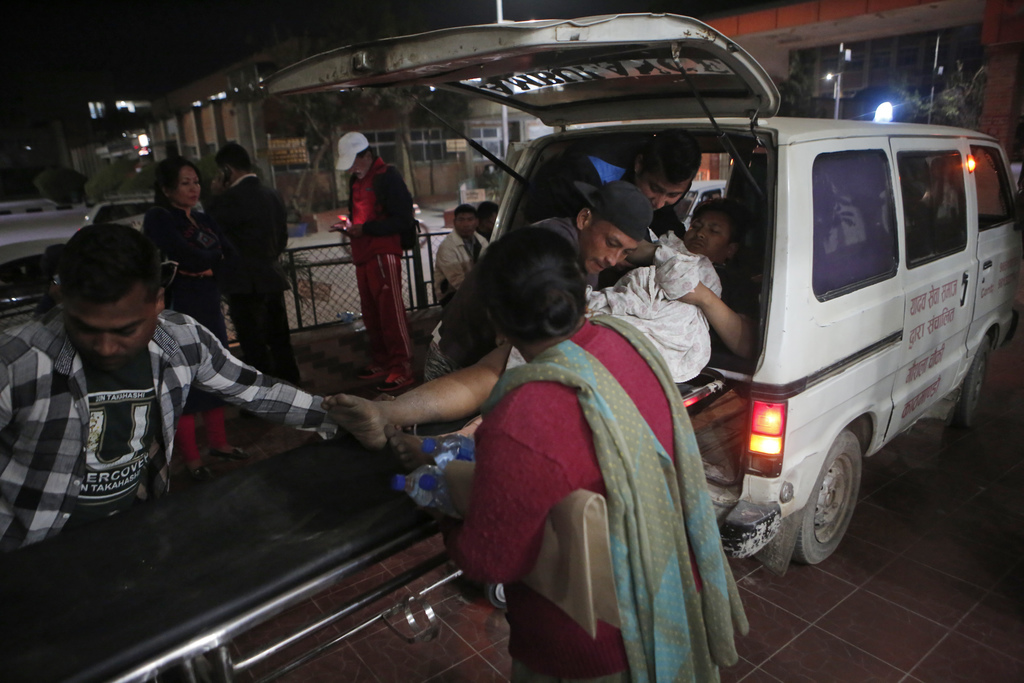 KATHMANDU, Nepal (AP) — When Subhash Dhungel's father passed out, the panicked road engineer called for an ambulance. To the Nepali man's horror, the vehicle arrived without a trained medical technician to help his unconscious father as they drove to a Kathmandu hospital.

It wasn't an isolated case. Nepal is woefully short of ambulances and trained emergency medical technicians are even rarer. Ambulances are mainly used as a means to simply transport patients to hospitals.

Now a group of doctors from Stanford University have trained four dozen EMTs in the hope that they can gradually transform the Himalayan nation's emergency services.

The team trained 48 EMTs for 12 weeks from December to February. The last such training they did in Nepal was in 2011.

"It is helpful to have people get to the hospital quickly, but there is no difference between the ambulance and a taxi if the person is not really trained to use equipment to save lives on the way," said Rebecca Walker, a Stanford University emergency medicine professor and team leader.

The trainees learnt about providing first aid, treating trauma and heart patients and even delivering babies.

"There is little or no public awareness about EMTs in Nepal and ambulances in Nepal generally do not have oxygen bottles, back boards or any trained EMTs," said Binod Thapa, a critical care manager who underwent the training despite having already worked for 17 years in a prominent hospital in Kathmandu.

Only three private hospitals and one non-profit group, the Nepal Ambulance Service, in the nation of 26.4 million people have ambulances with EMTs on board.

Capital Kathmandu is routinely gridlocked in massive traffic jams and mountains make up for the most of the country's terrain, so it takes a long time for ambulances to reach hospitals. A lack of trained staff on board to perform emergency life-saving procedures greatly decreases patients' chances of survival.

Dhungel said his family had expected to find at least one trained medical technician in the ambulance who could perform CPR. There was none.

"Eventually we reached the hospital. It was OK but imagine the situation if somebody really needs CPR," he said, describing his father's emergency in 2010.

The prospect of having trained emergency technicians on board ambulances is a huge leap for Nepal's capital where until a few years ago there was no centralized number to call for an ambulance, leaving people to dial individual hospitals in the hope they had a vehicle available.

It was only in 2011 that the Nepal Ambulance Service began operations in Kathmandu with a three-digit phone number and five ambulances.

"Now we have realized the importance of having EMTs who can make the difference between a patient living and dying before reaching the hospital," said Sita Koirala, who works at a community health center in a mountain village northwest of Kathmandu and was part of the training.