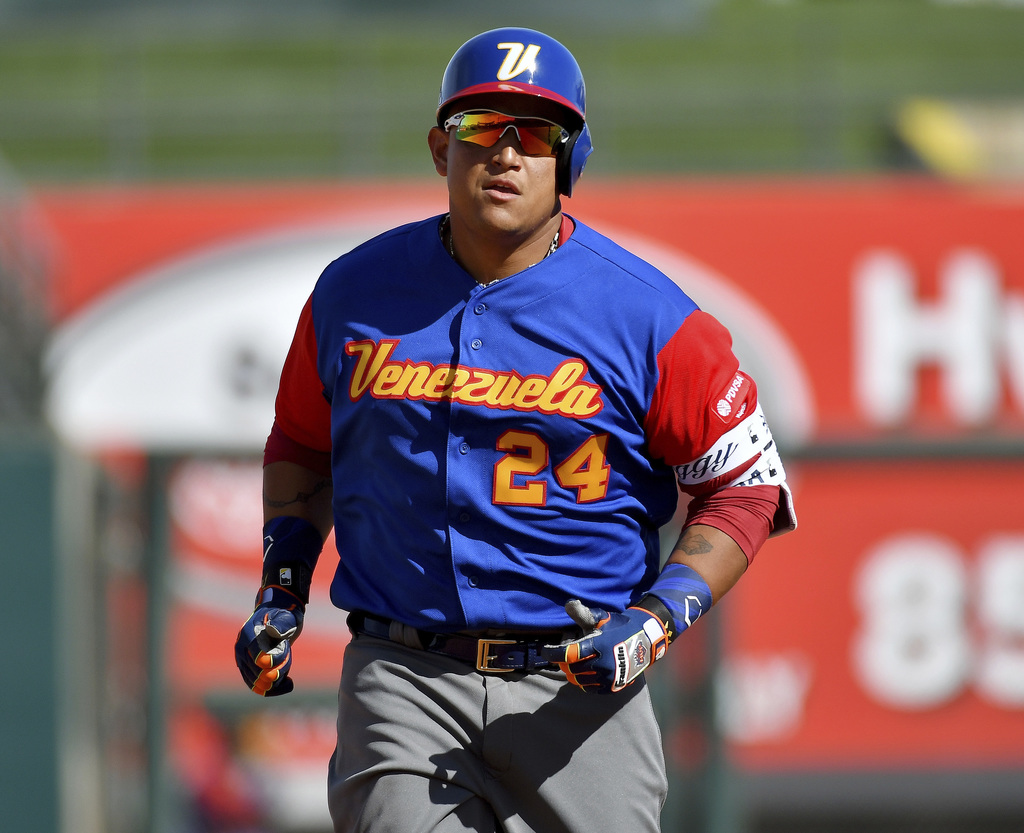 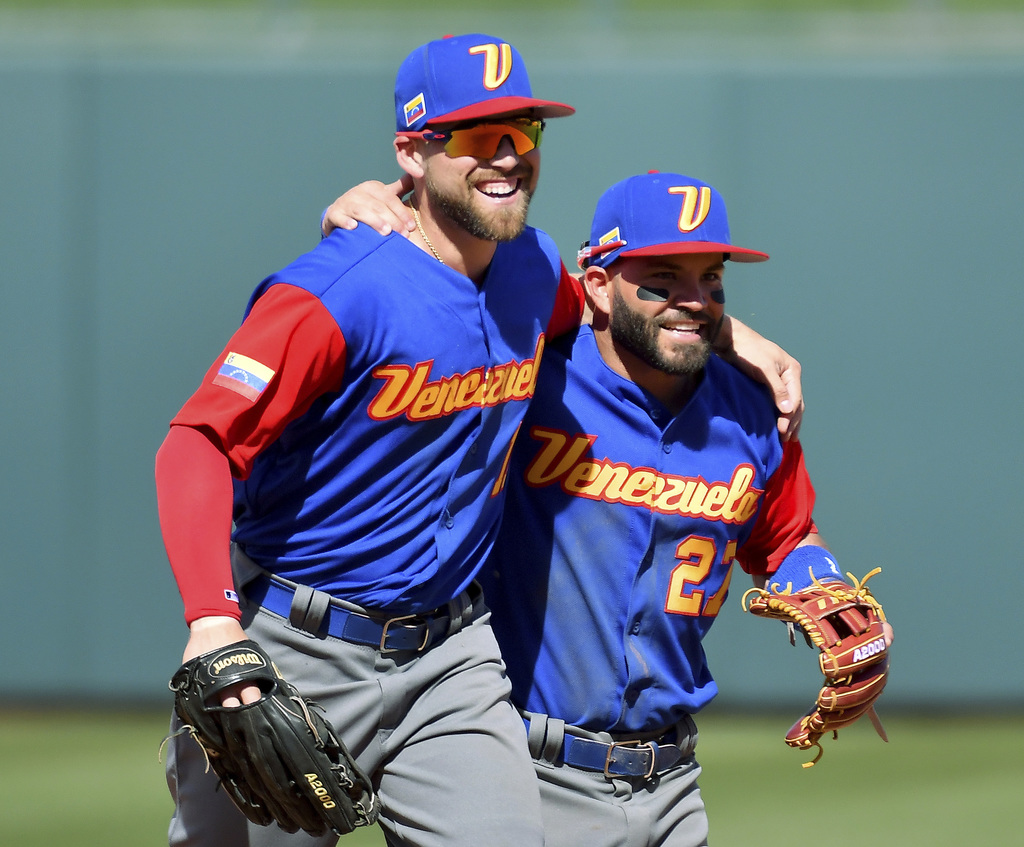 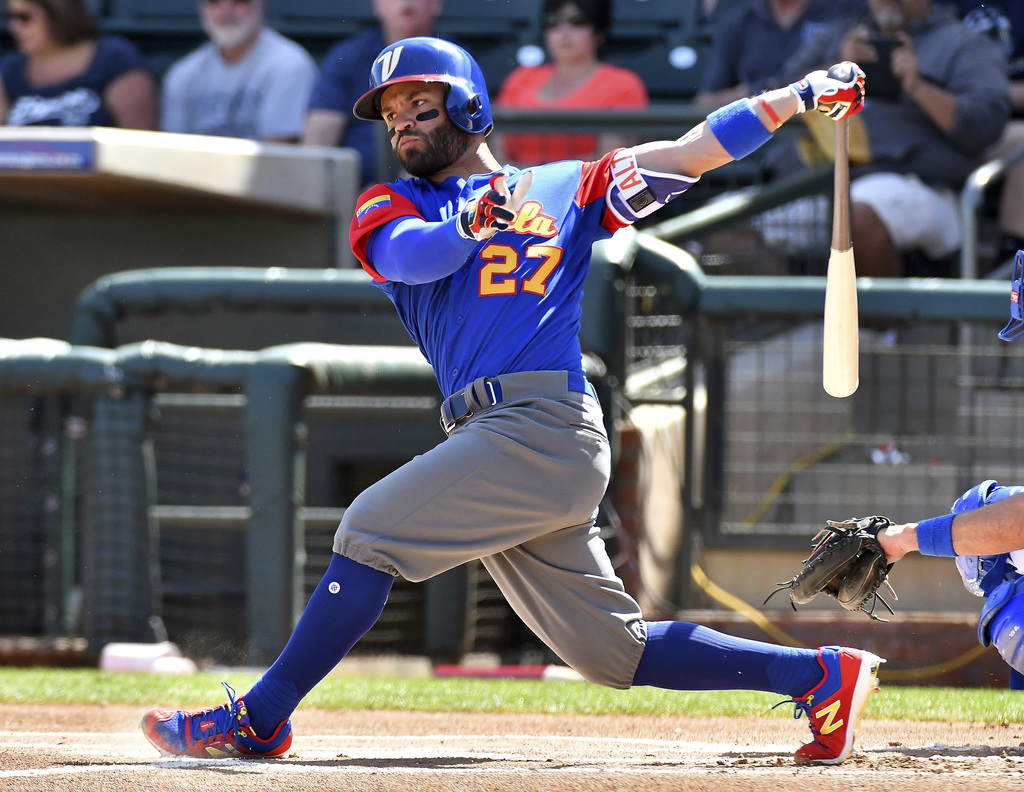 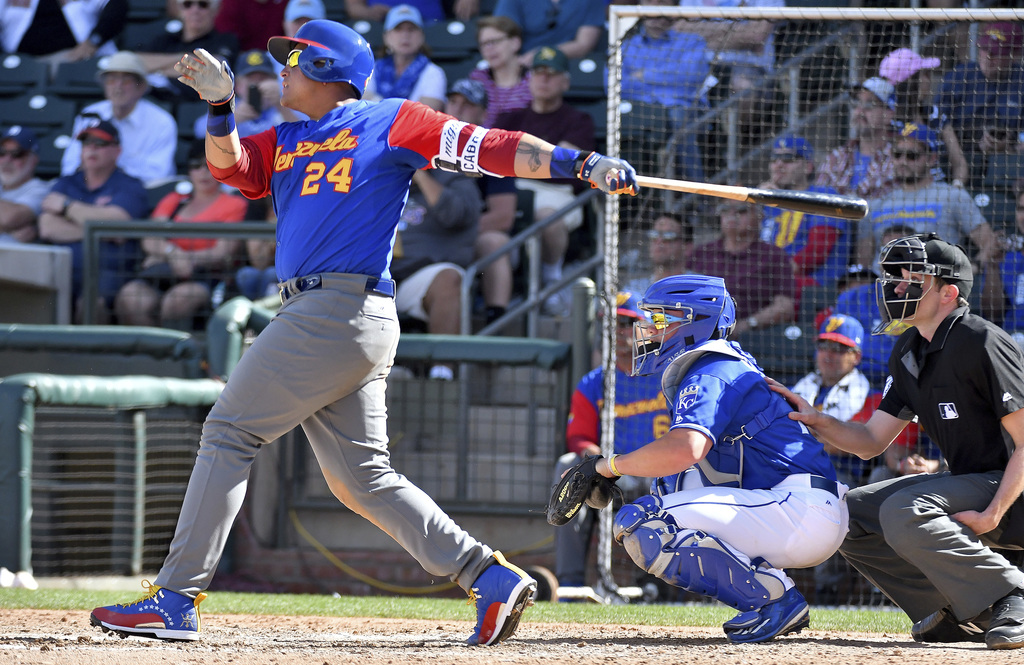 SURPRISE, Ariz. (AP) — A pitcher all of a sudden, Miguel Cabrera went into a windup and Venezuela teammate Rougned Odor dropped into a catcher's crouch.

The mood was light at Team Venezuela's last pre-World Baseball Classic workout Thursday morning, held before its last exhibition game against the Texas Rangers. But when the players take field in Jalisco, Mexico, for their first WBC game Friday against Puerto Rico, many thoughts will be with their countrymen.

Venezuela's political and economic turmoil have made the country a dangerous place, and the WBC players are grateful for the peace of playing baseball.

"We're all aware of that," manager Omar Vizquel said. "One of the things we talked about in the meetings when we came together is that we know how hard things are going for our country, and that's a big motivation to try to bring a lot of smiles and bring the people together."

Just before first pitch, Odor dragged a finger across his chest while looking into the Rangers dugout, pointing out the word "Venezuela" on his jersey for his major league club teammates to see. There's a sense of deep pride among the Venezuela players, and they want to uplift the nation's spirits with WBC success.

"We know as players we have a big responsibility for the people of Venezuela," catcher Robinson Chirinos said. "They love the game, they watch it. We have a really good team to go out and compete and hopefully make it to the final."

Venezuela fielded a quality lineup against the Rangers, anchored by Cabrera batting third and All-Star Carlos Gonzalez in the cleanup spot. All eight starters were major leaguers, along with two players who entered the game later, AL batting champion Jose Altuve and Yangervis Solarte.

The pitching staff is led by former AL Cy Young Award winner Felix Hernandez, who was already in Mexico Thursday in advance of his start in the opener, and the Rangers' Martin Perez, who is penciled in for Game 2 against Italy Saturday.

Venezuela looks primed for the WBC, if the two exhibitions it played in Arizona are any indication. The team beat Kansas City 11-0 with 18 hits on Wednesday, including Cabrera's home run, and scored five runs in the second inning against Texas in a 6-4 win.

"I think we're ready," Vizquel said. "We had a lot of hits and we scored a lot of runs, we pitched well, and that's all you can ask from your team."

Gonzalez's home run was the big hit Thursday. Venezuela hopes to progress beyond its best-ever showing in the WBC, an appearance in the semifinals in 2009.

Right-hander Omar Bencomo spent last season at Double-A and Triple-A in the Minnesota Twins' organization, and is making his WBC debut. Bencomo says he and his teammates follow the news out of their country very closely.

"We have our families back home and every day they tell us what is going on," Bencomo said. "Look, what can I tell you? It's very sad, but it's the reality."

Winning for Venezuela, he added, will provide at least some respite for the people in his native land, who face long lines and skyrocketing prices for basic goods and medicine.

"It's a huge responsibility, and it's important because the situation we face in the country is so difficult," Bencomo said. "If we are blessed enough to give some joy, it will make Venezuelans very emotional."