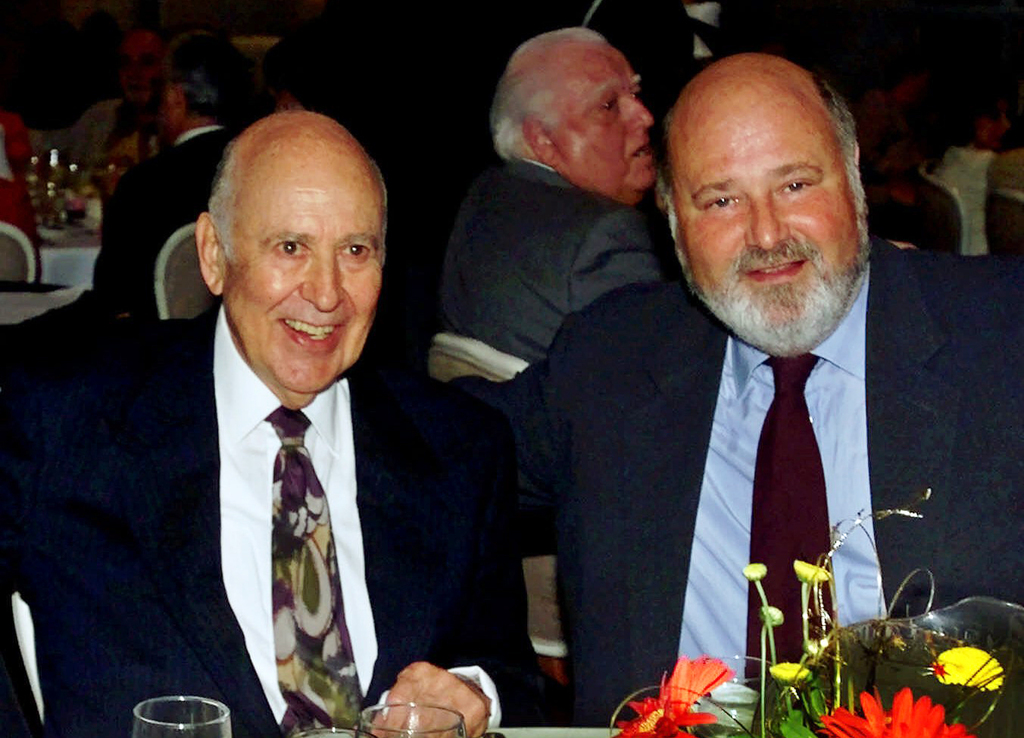 LOS ANGELES (AP) — Carl Reiner and Rob Reiner are set to make history at the TCL Chinese Theatre, becoming the first father and son to jointly leave their footprints in concrete outside the Hollywood landmark.

Organizers of the eighth annual TCM Classic Film Festival announced Thursday that it'll recognize the two entertainers with a hand-and-footprint ceremony on April 7. Both Reiners have had long careers as writers, directors and actors.

The 94-year-old Carl Reiner has collaborated with such legends as Mel Brooks, Sid Caesar, George Burns and Steve Martin, creating hit film and TV comedies since the 1960s.

Reiner's son, 70-year-old Rob Reiner, famously played "Meathead" on the 1970s sitcom "All in the Family" before going on to direct such films as "Stand By Me," ''This is Spinal Tap" and "A Few Good Men."