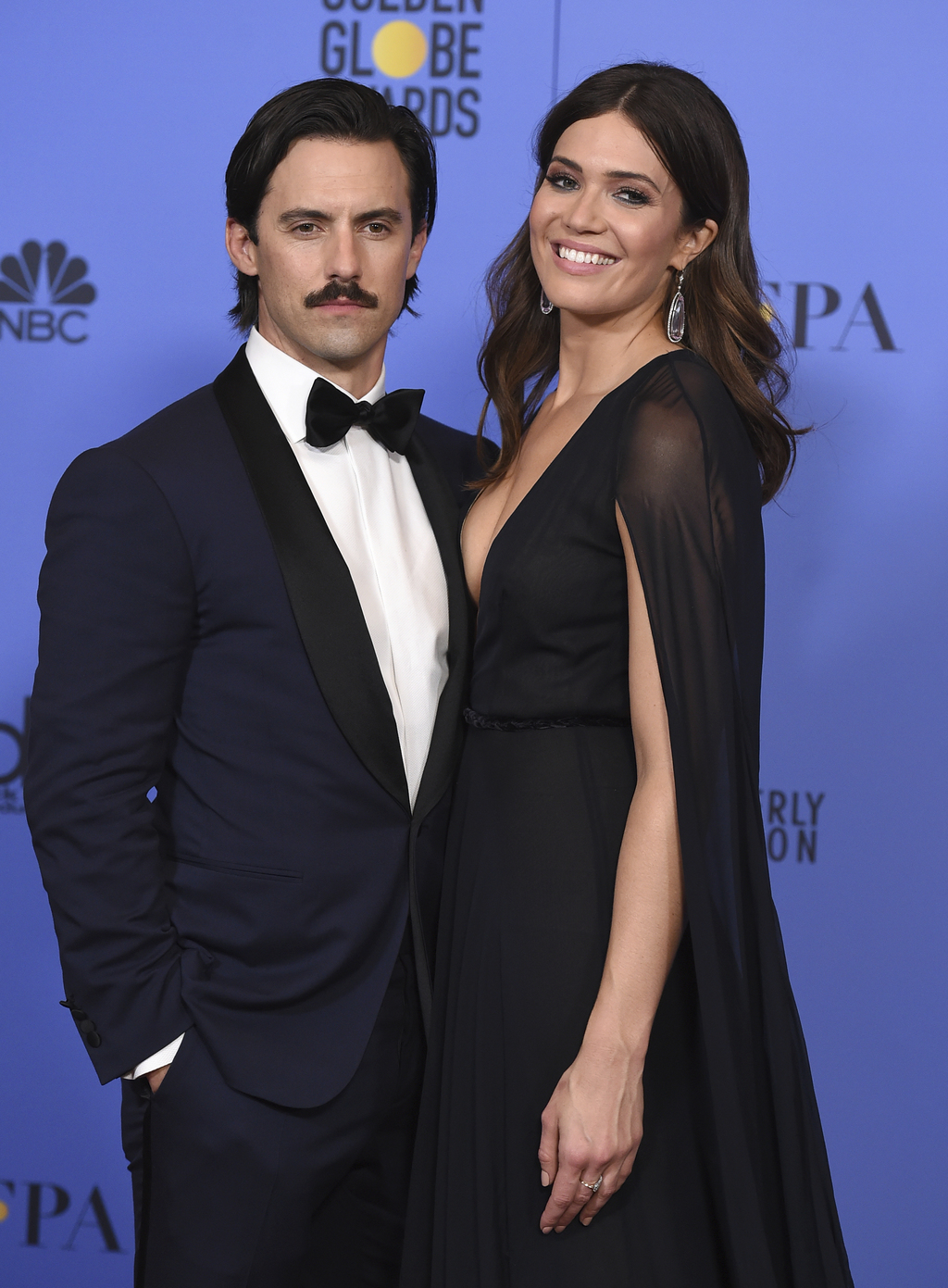 LOS ANGELES (AP) — Jack and Rebecca Pearson are television's current It Couple, and Milo Ventimiglia and Mandy Moore are delighted to be playing them on NBC's freshman hit, "This is Us."

Viewers have followed their characters through births, death, arguments and an unwavering commitment to their family. In separate interviews with The Associated Press, the actors discussed the show, reaction to it and their roles as the season finale nears. It airs 9 p.m. EST Tuesday.

No spoilers, but Ventimiglia did offer reassurances about Jack and his future with the drama that swings back and forth in time. Although viewers have learned that Jack dies young, the actor recalled an early promise he got from series creator Dan Fogelman: "Milo, you're not going anywhere."

ANATOMY OF A HIT

Ventimiglia: There are so many shows in the TV landscape that are about crime or scandal or saving the world, and we can't always relate to all those things. But we can relate to the daily struggle of trying to communicate with your wife, trying to communicate with a father you never knew, with battling weight, with battling insecurity when you're in the spotlight of a spotlight job. It's connecting to all of the fear, as well of the happiness, that we all feel.

Moore: I went on Facebook the other day ... and so many women are really adverse to a lot of the choices that Rebecca has made. ... "You have this perfect family and this perfect husband, and shouldn't that be enough and how could you want more, how could you want your career?" Those sorts of things I was really surprised by, because I don't feel that way. I don't have kids and can't speak to that. But I imagine that women want to try and have it all, and I think she's (Rebecca) done a remarkable job of taking care of her family and the children for 16 years. I'm all for her recognizing that side of her, the artist that never want away.

Ventimiglia: When I see my co-star at times online attacked for her character's decisions, it's like, "Hold on a second. If you're moved by what Mandy's doing, that means Mandy's doing her job, and she's doing it incredibly well." Trust me, I get a front-row seat to that performance every single scene. I look at her character's desire, as a 40-some-year-old woman that has always been driven by performing and singing, her kids have grown up, her husband's working, she does need something for herself.

THEY HAVE A SECRET

Moore: Occasionally friends will ask me, "What happened to Jack? How did he die?" I keep my lips sealed. I think it's much more exciting for an audience to discover on (its) own. I've never been part of a project where people are so interested in the work before, so it's still kind of astounding to me.

Ventimiglia: Friends and family, they don't really ask, they're along for the ride. Their biggest question is, "Well, when they showed Jack dead, do you not have a job anymore?" I said, "No, I have a job, it's fine." But viewers who walk up to me (saying), "You gotta tell me," it's a desire to know, and I almost feel like Jack Pearson talking to one of his kids: "Listen, death is going to come to us all, we never know when, so you just have to focus not on the time of death, you have to focus on the life. You have to be kind and giving and loving."

Moore: They're not perfect human beings, they're fallible. At the core they love each other deeply, a connection that feels unshakable and unbreakable. But that doesn't mean they'll always make the right call and make the most popular decisions and be these perfect parents.

Ventimiglia: They're dealing with a set of circumstances that not everybody deals with: having three kids, having a long relationship that has pulled them apart in some ways because of their duty to the kids, because of their work or desire to perform. People are just kind of rooting for them, they're wanting them to succeed.

IT'S A CAST LOVE FEST

Moore: I feel unendingly lucky to be on this road with this particular group of people. Milo, I feel, is sort of our group leader. He's like Jack. We call him our department head, because every other department has a head. He's the guy who knew everybody's name on day two, every crew member, shakes everybody's hand. He's pretty damn near perfect. I love working with him.

Ventimiglia: I guess I am the department head, speaking up for the actors when needed. But also trying to embody this man that I'm playing, who is the rallying cry of the Pearson family ... with the aid of his wife, and at times following her lead. That's something I very much appreciate about everyone in the cast, about Mandy, they are all such talented, strong people that at times I lead, at times I follow. We very much shift and share the responsibility of what the show has become. We're all just very lucky.