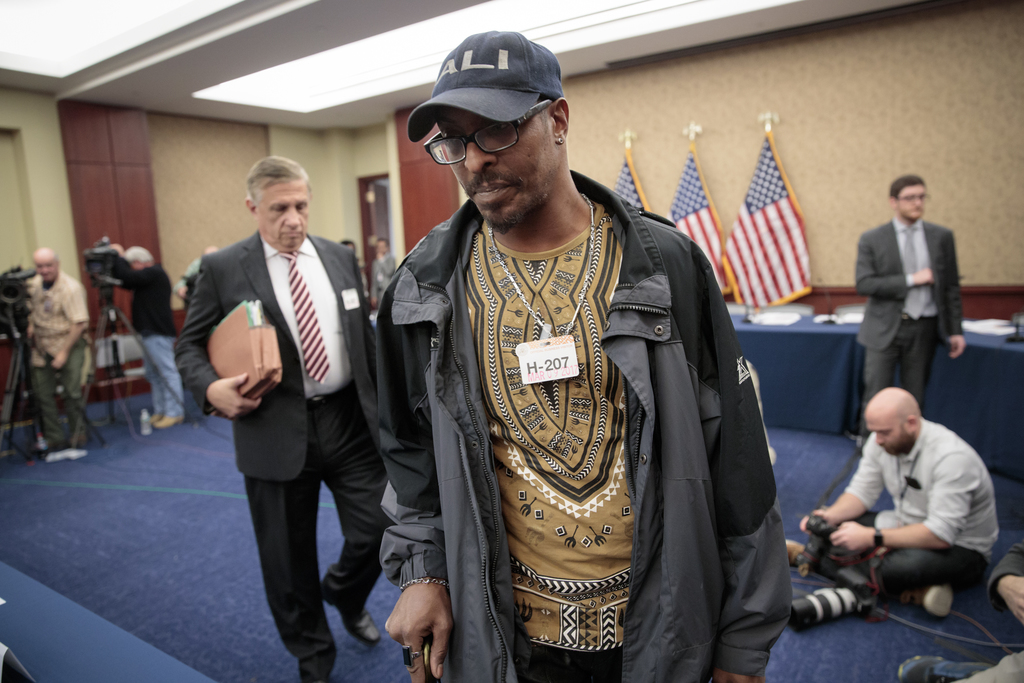 WASHINGTON (AP) — The son of the late boxing champion Muhammad Ali is telling lawmakers he believes his recent detention for extended questioning at a Florida airport shows the need for legislation to end racial profiling.

Democratic lawmakers had asked Muhammad Ali Jr. and his mother, Khalilah Camacho-Ali, to speak and answer questions at a forum critical of President Donald Trump's immigration policies. No Republicans attended.

Ali says he was detained for more than an hour and a half upon returning to the U.S. last month from Jamaica. He says agents asked him who gave him his name and his religion.

Ali says he was dumbfounded and said Thursday he feels like his "human rights" were violated. He tells lawmakers "to step into the ring and joint the fight for righteousness."