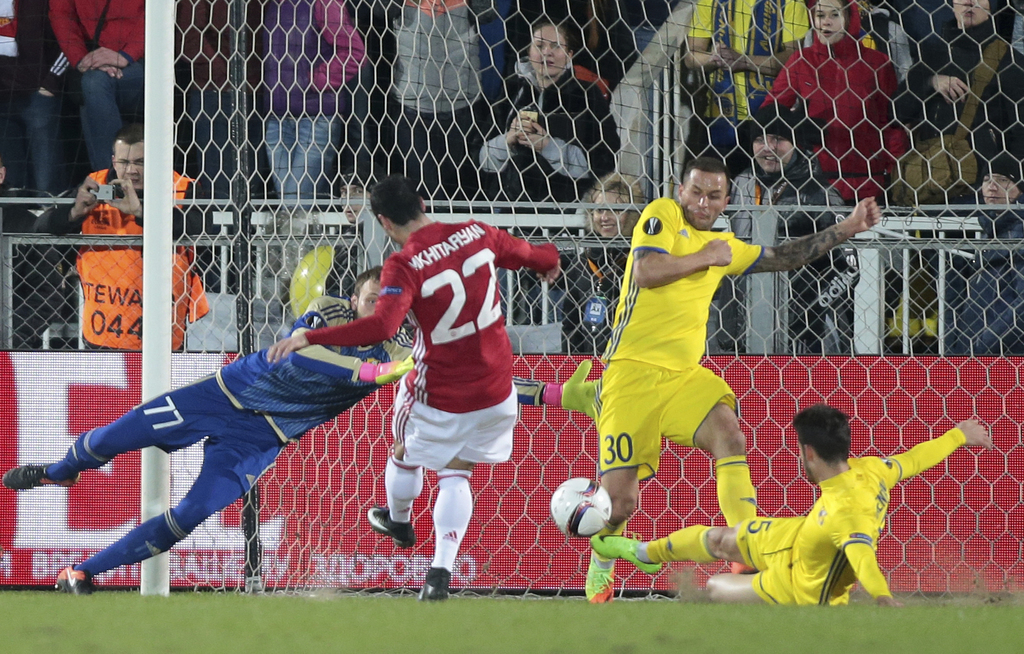 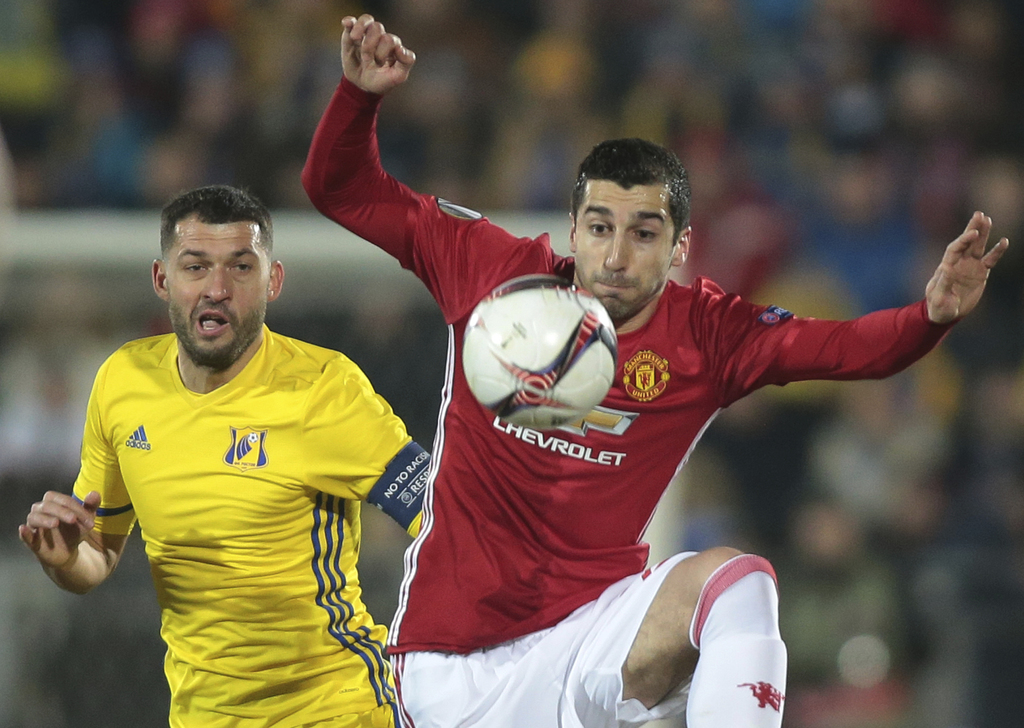 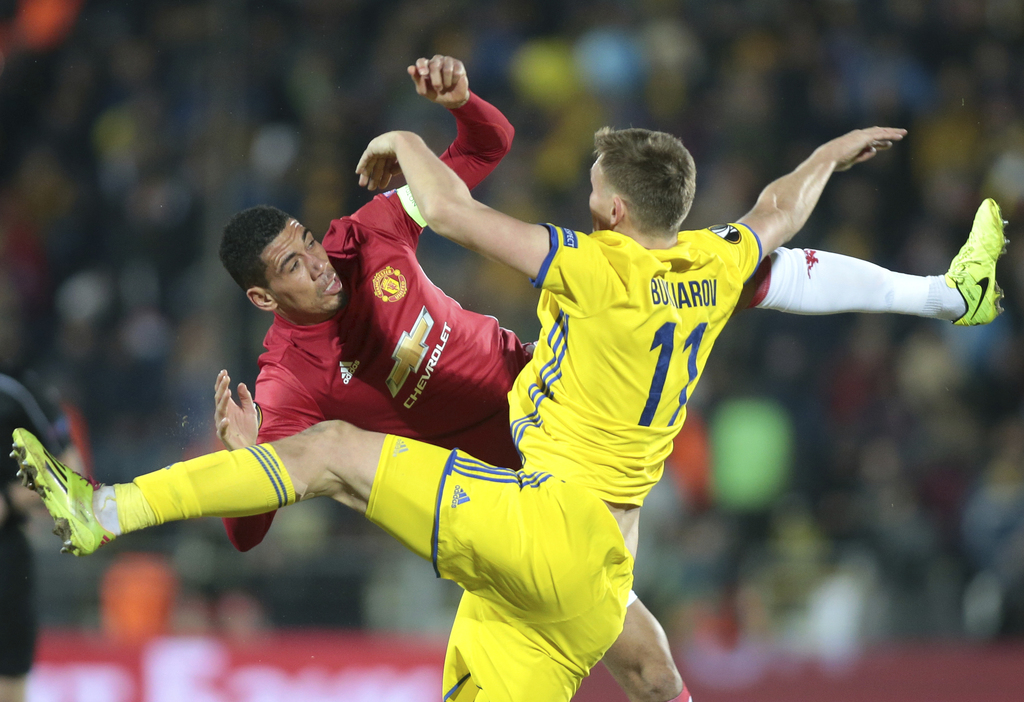 BERLIN (AP) — Manchester United preserved its unbeaten record in Russia but had to settle for 1-1 at Rostov in the first leg of their Europa League last-16 tie on Thursday.

Henrikh Mkhitaryan's away goal gives United, which has never won the Europa League, the advantage ahead of the second leg, particularly with Rostov captain Aleksandr Gatskan and goal-scorer Aleksandr Bukharov ruled out of the second leg due to bookings.

United coach Jose Mourinho complained about the quality of the pitch before the game, but his side had the benefit of a strong wind for the first half.

The visitors largely frustrated Rostov, playing for the first time at this stage of European competition, but failed to create many opportunities as both sides slugged it out in midfield.

Mkhitaryan made the breakthrough with the first real chance 10 minutes before the interval, when Zlatan Ibrahimovic did well to cut the ball back from the byline to set him up.

Rostov improved drastically in the second half, and Bukharov equalized minutes after the restart, taking Timofei Kalachev's long pass on his chest with his first touch and dispatching it past Sergio Romero with his next.

Olympiakos hosted Besiktas, and there was the all-Belgian meeting between Gent and Genk.