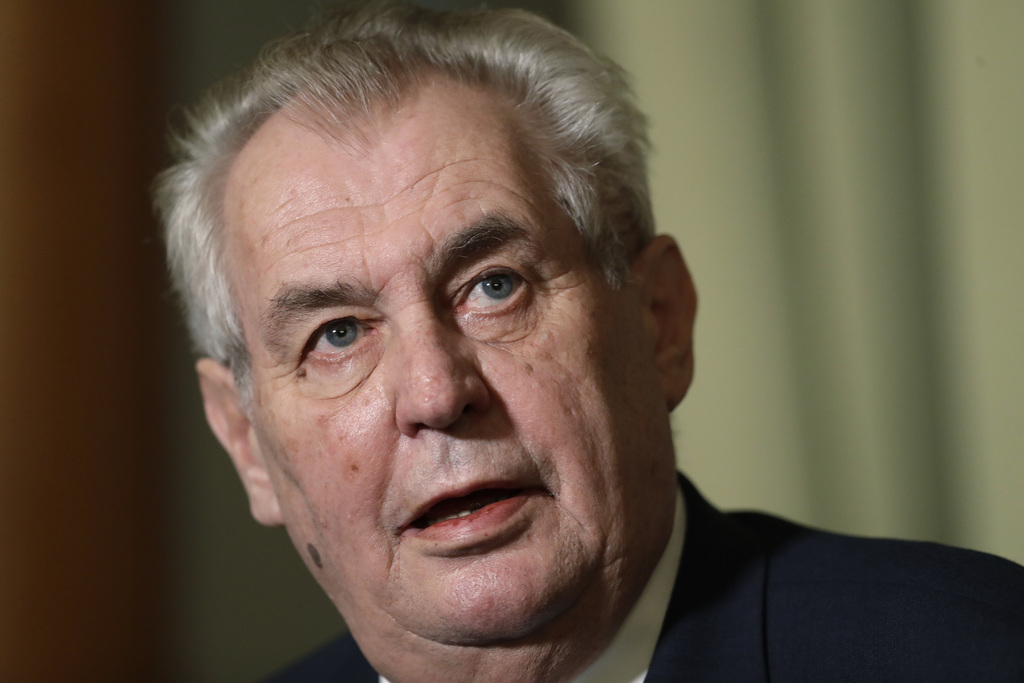 Zeman made a brief announcement on Thursday at a meeting with friends and supporters at the Prague Castle, the seat of the Czech Republic's largely ceremonial presidency.

Zeman, a European ally of U.S. President Donald Trump, was elected for his first five-year term in January 2013. Thursday was the fourth anniversary of his inauguration.

He divides the nation with his pro-Russia stance, anti-migrant rhetoric and support for closer ties with China.

But he remains popular and is thought at this time to face an easy road to re-election in early 2018.

Zeman was among the few European leaders who endorsed Trump. He has been invited to visit the White House in April.