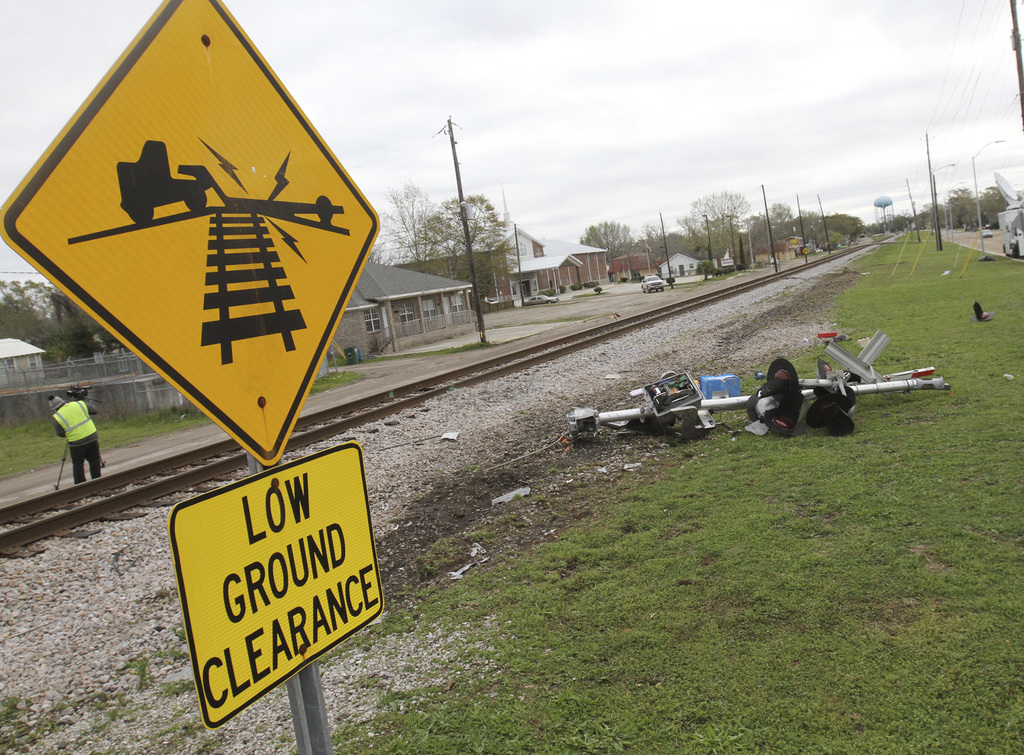 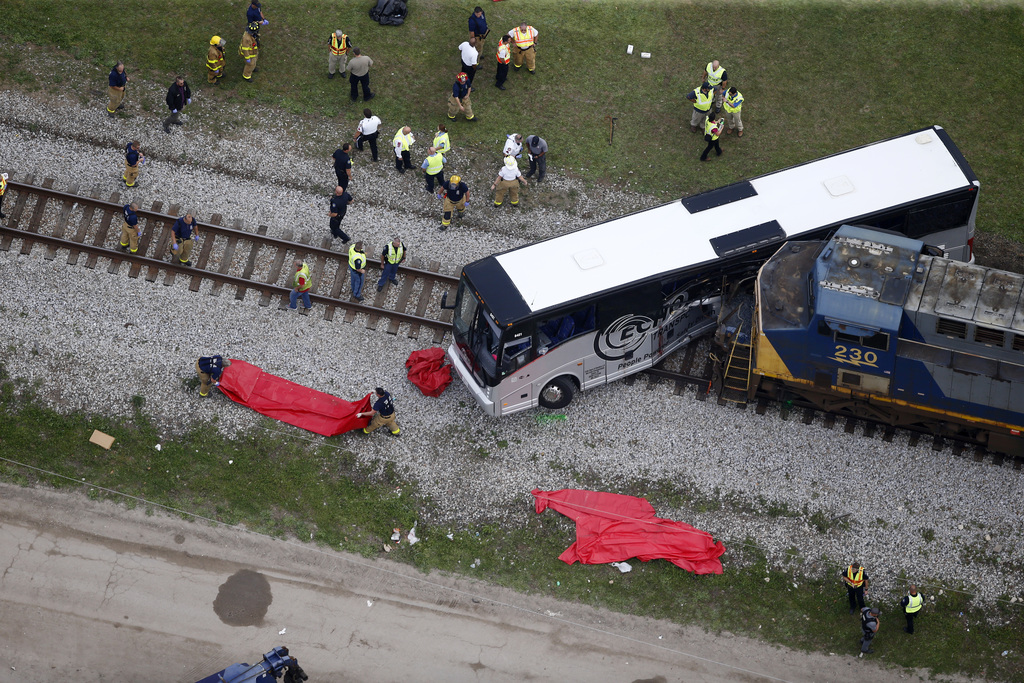 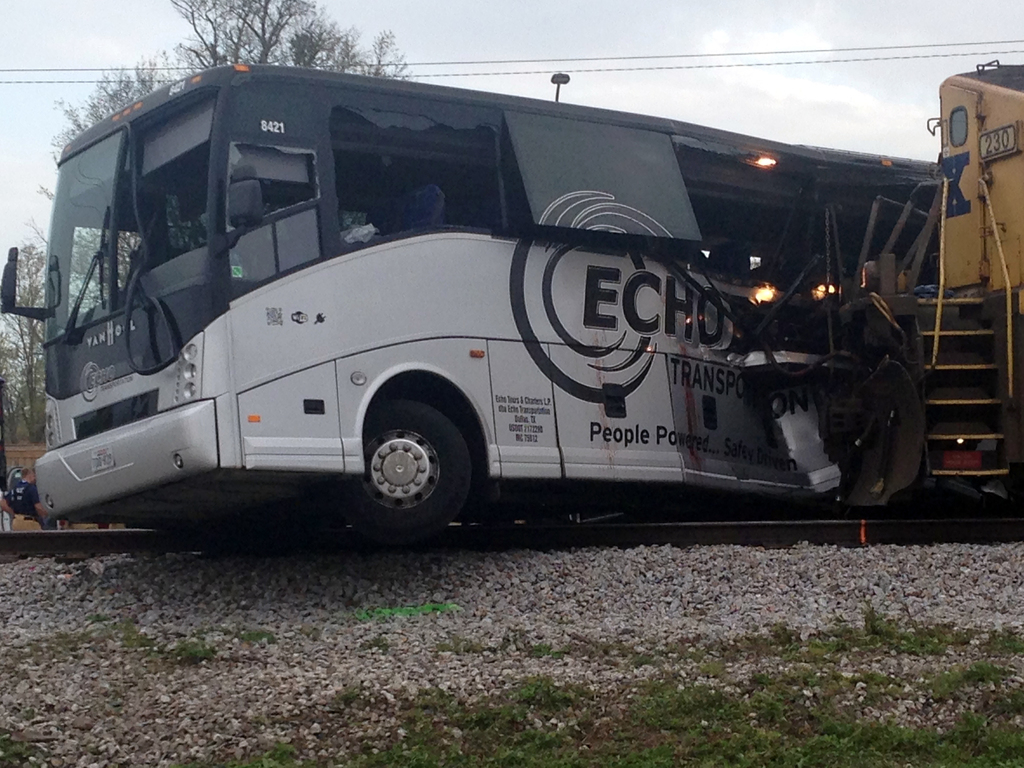 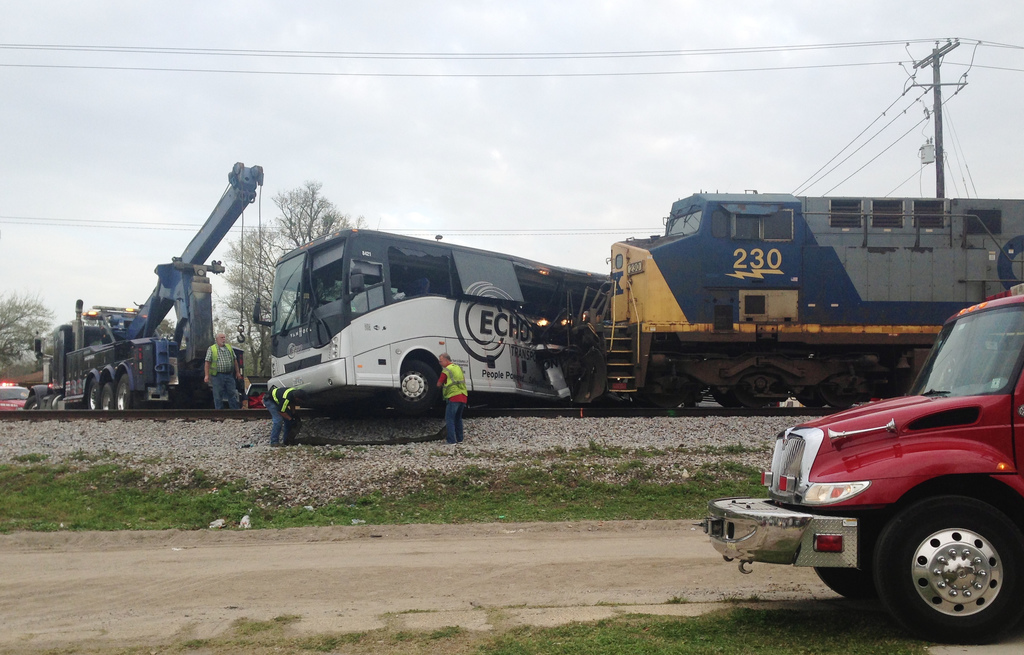 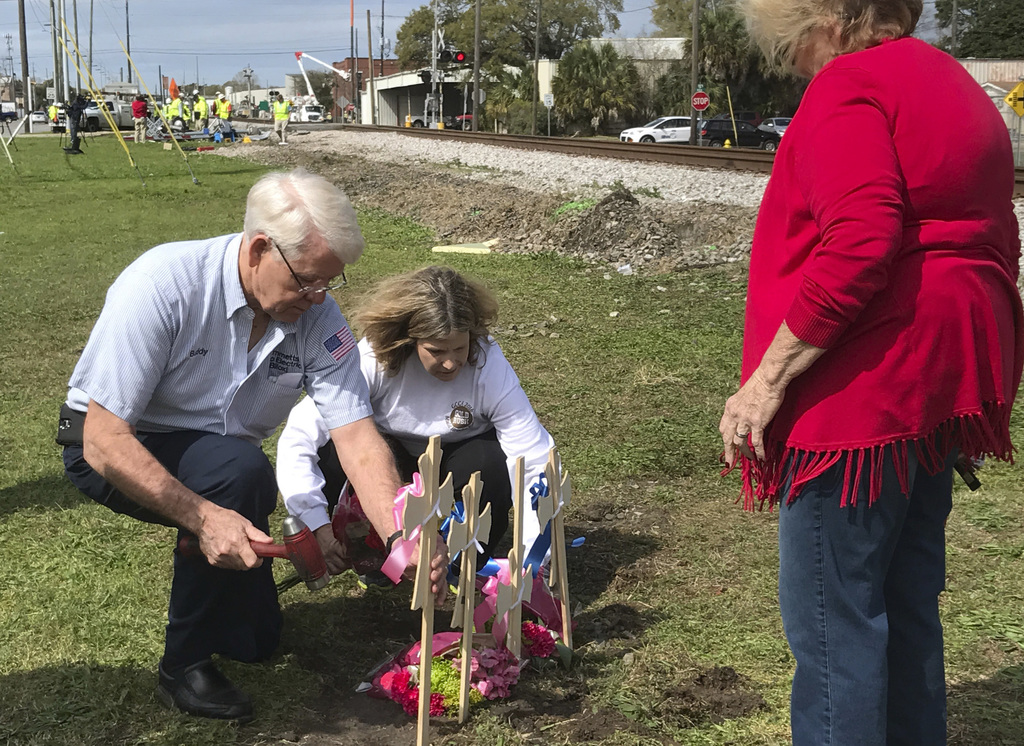 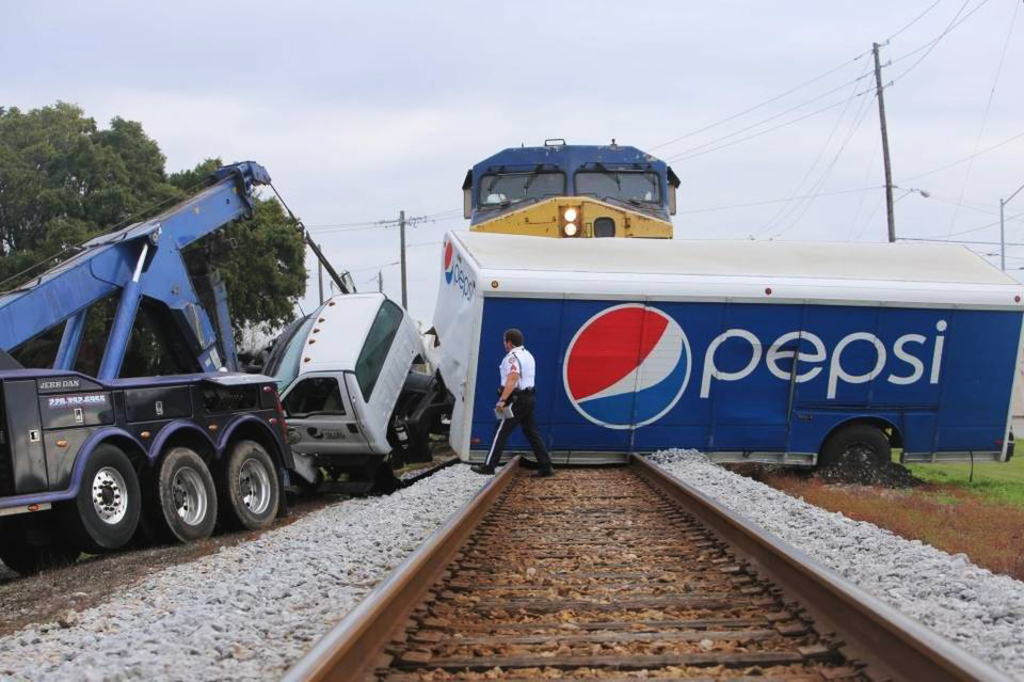 JACKSON, Miss. (AP) — The Latest on fatal crash between a tour bus and freight train in Mississippi: (all times local):

Heirs of a Texas couple killed when a train slammed into a tour bus in Mississippi are going to court.

Attorney Mikal Watts has sued the railroad, the bus company and its unidentified driver in state court in Dallas for Peggy Hoffman's son.

Watts said Thursday that attorney Broadus Spivey is suing separately for heirs of Hoffman's husband, Ken Hoffman, but they're working together.

The Hoffmans were among four people killed and dozens injured after their tour bus got stuck on a humped train crossing in Biloxi (buh-LUX-ee) and was hit by a CSX freight train.

Neither CSX nor Echo responded immediately to requests for comment.

The mayor of the Mississippi city where a train slammed into a bus, killing four Texas tourists, says he'll work with the railroad to close some crossings and make others safer.

Biloxi Mayor Andrew "FoFo" Gilich said Wednesday that he'll use recommendations from CSX Transportation to minimize the chances of another fatal wreck.

The city had already scheduled a hearing March 21 to discuss closing six railroad crossings when the CSX freight train hit a bus stuck on the tracks Tuesday. However, the Main Street crossing, where 40 were injured in addition to the deaths, isn't on the closure list.

The National Transportation Safety Board is investigating.

The crossing has a warning sign about low clearance, topped by a picture of a tractor-trailer stuck on a railroad track.