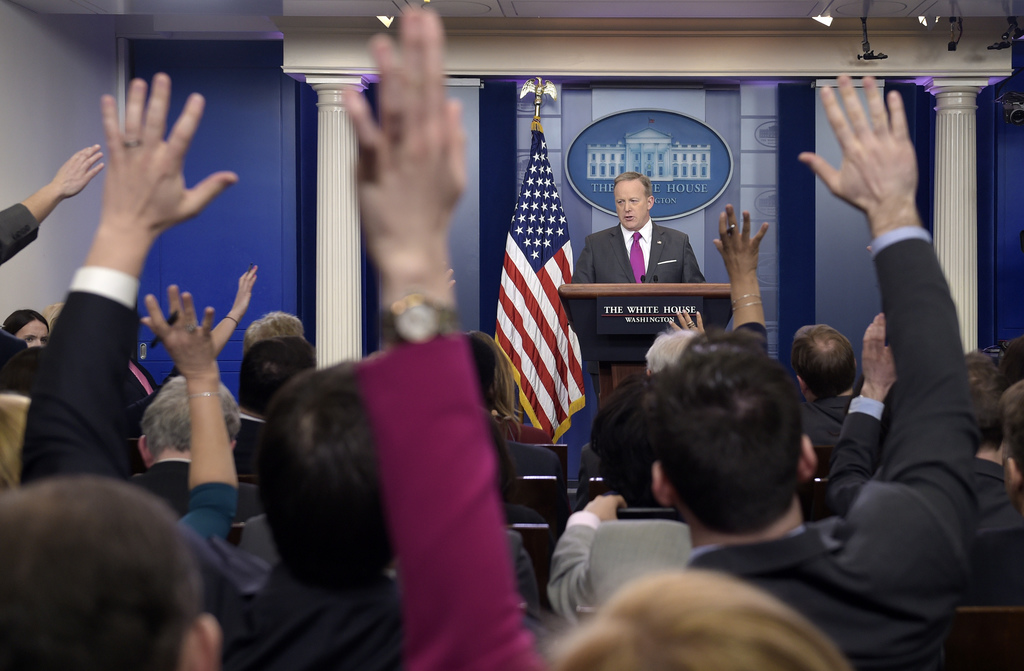 WASHINGTON (AP) — White House press secretary Sean Spicer says President Donald Trump has "grave concern" about the release of classified material and believes the systems at the CIA are outdated.

Spicer was responding Thursday to questions about WikiLeaks' disclosure of thousands of documents that it says reveals details of the CIA's cyberespionage toolkit.

The disclosure by WikiLeaks founder Julian Assange is expected to be discussed at the president's meeting later Thursday with CIA Director Mike Pompeo (pahm-PAY'-oh).

Spicer also denounced Assange for his previous release of classified material, saying he has undermined U.S. national security in the past. Spicer says he leaves it to the Justice Department to comment on its "disposition of him."