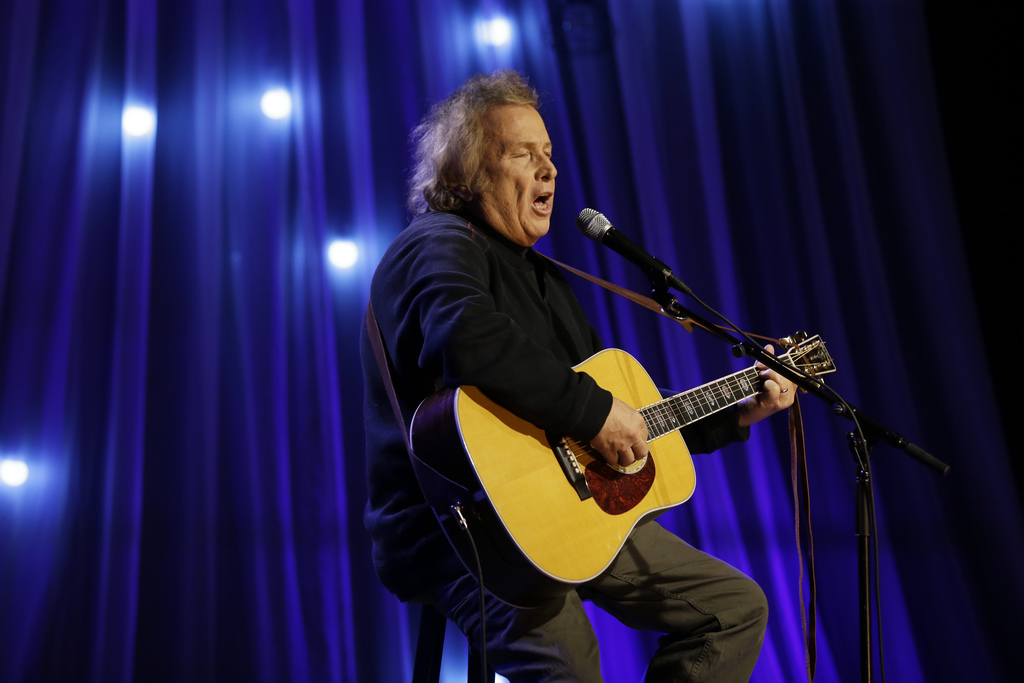 CAMDEN, Maine (AP) — "American Pie" singer Don McLean says he has had no contact with his ex-wife for more than a year and will obey the terms of an order of protection she received in court.

A Maine court granted an order of protection for Patrisha McLean on Wednesday. Don McLean pleaded guilty in July to domestic violence assault.

Don McLean says he has moved on. He avoided jail time after pleading guilty to charges stemming from the January 2016 arrest at his home in Camden on the Maine coast.

Patrisha McLean says she hopes the case will motivate people to support organizations that serve victims of domestic abuse.

McLean's best-known album is "American Pie" from 1971. It includes the chart-topping title song as well as the song "Vincent," which also charted.