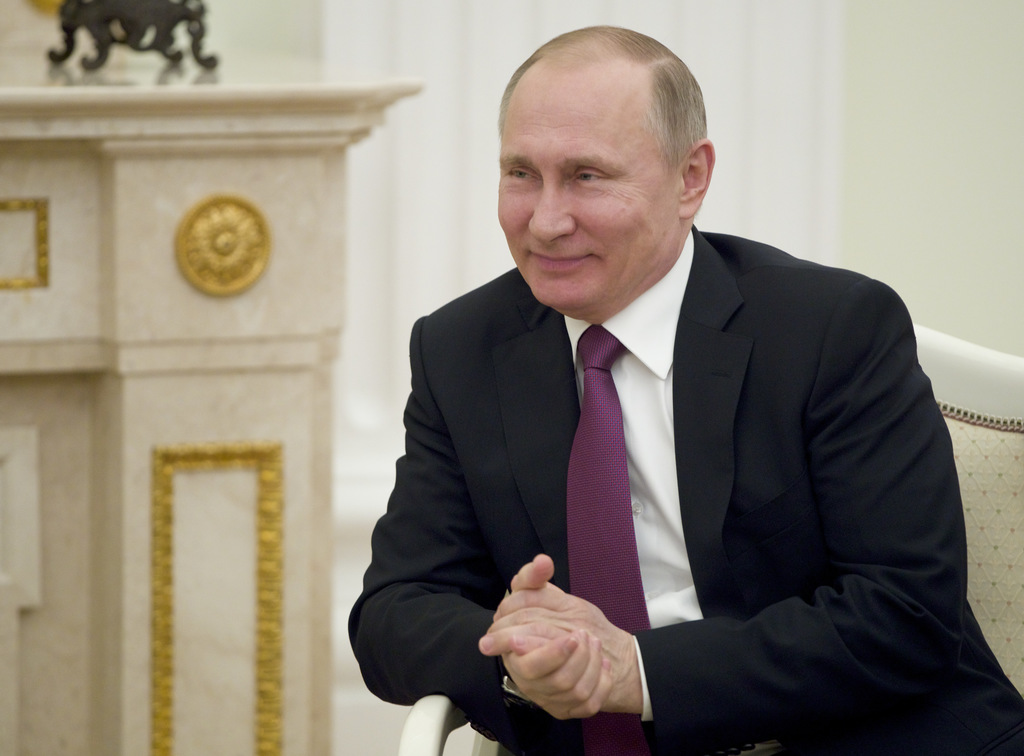 MOSCOW (AP) — Russian President Vladimir Putin has told the visiting German foreign minister that he would like to improve ties between the two countries that were soured by the Ukraine crisis.

Russia's annexation of Crimea in 2014 and support for separatist rebels in eastern Ukraine put a strain on a traditionally warm relationship.

Putin on Thursday received German Foreign Minister Sigmar Gabriel and extended an invitation for Chancellor Angela Merkel to visit Moscow. Gabriel had meet with his counterpart Sergey Lavrov earlier in the day.

Putin told Gabriel in remarks carried by Russian news agencies that that it is "our common goal to fully normalize the relations and to make sure all the difficulties we face are overcome."

Merkel has been a staunch supporter of Ukraine's territorial integrity, which has irked Moscow.