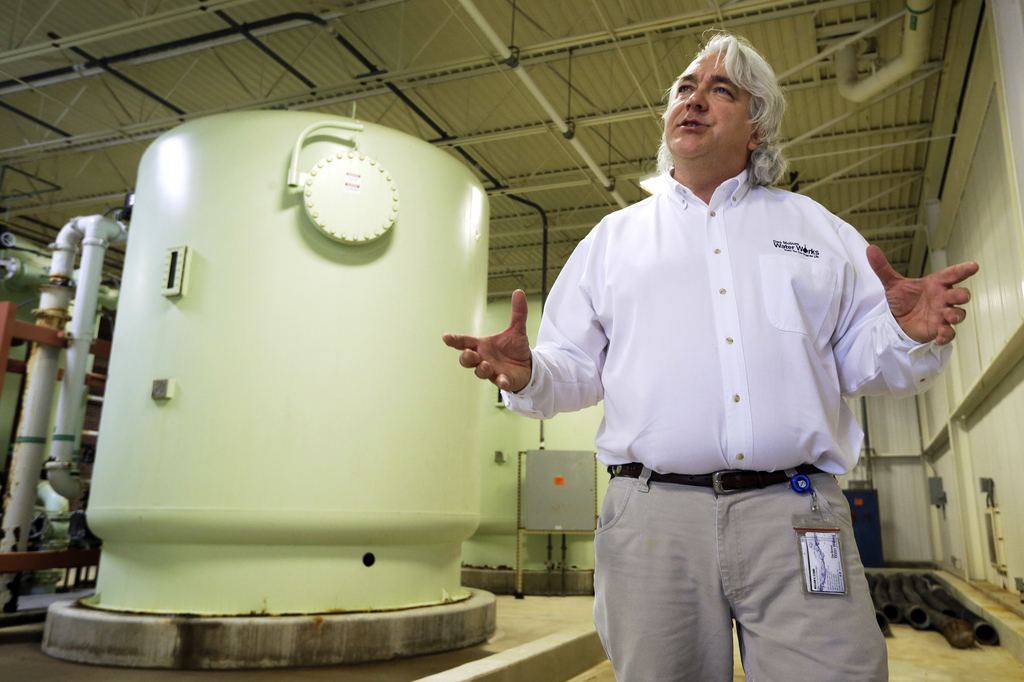 DES MOINES, Iowa (AP) — For years a utility that supplies drinking water to Iowa's capital city has spent millions of dollars to rid its water supply of pollutants that run off farm fields upstream. Finally, exasperated officials filed a lawsuit to force the agricultural counties to clamp down on the runoff.

But the state Legislature, now controlled by Republicans who won big majorities in the November election, has decided to address the issue in a different way. It's preparing to dissolve the utility, effectively killing the lawsuit.

GOP lawmakers say the change is meant to allow the cities in the area more direct control of their own water. But supporters of the Des Moines Water Works, an independent utility that has served the region for a century, say the move is a bold show of power by farm interests in a legislature where conservatives now hold sway.

"This is just a smoke screen," said Bill Stowe, the utility's CEO. "It's based on protecting industrial agriculture."

The legislation ending the utility was proposed by a pig farmer who lives nearly 100 miles from Des Moines whose farm has been fined for mishandling hog waste. The legislation is moving through an agriculture committee, rather than a government-focused panel.

It's hard to overstate the importance of farming in Iowa, the nation's leader in the production of corn, eggs and pork. The state of just over 3 million people has 22 million hogs and 55 million chickens on about 9,000 large-scale animal farms.

Much of the 20 billion gallons of liquid manure produced annually is spread as fertilizer on farmland, and runoff is blamed for causing more than 750 Iowa waterways to be reported to the Environmental Protection Agency as impaired.

Two years ago, the Des Moines Water Works sued three counties over rising nitrate levels in the Des Moines and Raccoon rivers, from which it draws water. The utility complained that cleaning the water has cost Des Moines area residents millions of dollars to operate a filtration system that when installed was intended to be used rarely. Federal regulations require nitrate levels below 10 milligrams per liter, but river levels have been measured at up to four times that amount.

Republican lawmakers and GOP Gov. Terry Branstad have been critical of the lawsuit and have said officials should rely on voluntary methods to reduce pollution from farms.

The new legislation would transfer the assets and control of the independent water utilities in Des Moines and the suburbs of Urbandale and West Des Moines to their respective cities. Iowa law currently allows water boards to be dissolved only by a public vote. In a 2003 election in the suburb of West Des Moines, 90 percent of voters chose to keep the independent water board rather than transfer power to the city council.

Republican Rep. Jarad Klein, who introduced the legislation, said the Water Works board should have been more willing to listen to ratepayers and elected officials from surrounding areas.

"If they were more willing to listen we might not be here today," Klein said.

Farm groups have said the lawsuit soured relationships and has done nothing to improve water quality. Farmers are voluntarily using measures such as grass filters and buffer strips to contain runoff, according to Iowa Farm Bureau President Craig Hill.

"That work will and must continue," he said.

But Stowe said those efforts aren't working, as shown by continued high nitrate levels in rivers.

If the bill passes, as expected, the presiding judge could dismiss the lawsuit if it's clear the board that filed the case no longer exists.

Stowe said the bill is a way to scare off others who might think of taking on Iowa's agriculture industry.

"This has a chilling effect on people who are advocating for environmental protection," he said.

The Iowa Farm Bureau has denied pushing for the change, though it has repeatedly criticized Des Moines Water Works and Stowe for filing the lawsuit.

The legislation has outraged environment groups and some Des Moines area legislators, but Democrats have little way of stopping it since losing control of the Senate in the November election.

Some city leaders said earlier they were open to the change, saying they feared even more restrictive legislation.

But some Des Moines residents at a public hearing complained about bearing the financial cost of continued pollution.

"This would allow corporate ag to continue to pollute our waterways," said resident Cherie Mortice. "This is like asking Des Moines ratepayers to swallow a porcupine."