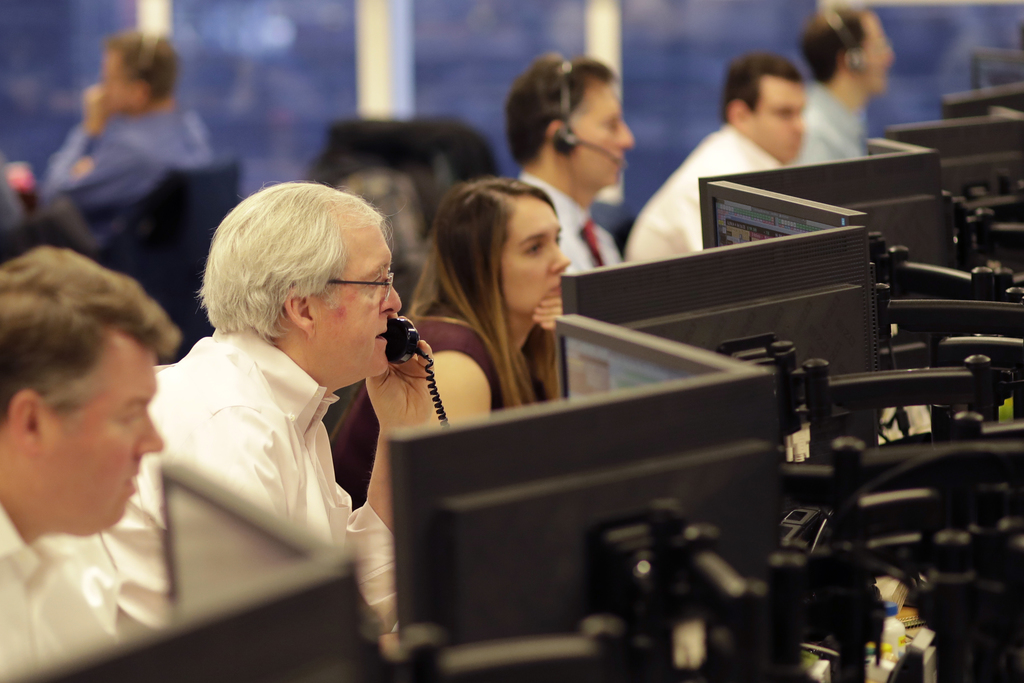 NEW YORK (AP) — U.S. stock indexes are slightly higher Thursday morning as interest rates continue to move higher and banks climb with them. Energy companies continue to fall with the price of oil. Retailers Tailored Brands and Staples are falling after weak quarterly reports, but Sears is climbing as investors are pleased it cut its losses. Stocks have fallen for the last three days.

Thursday marks the eighth anniversary of the current bull market.

The S&P 500 is up about 250 percent since March 9, 2009, when it bottomed out in the depths of the financial crisis. The current bull run is the second-longest since World War II.

EXCESS ENERGY: Crude oil prices continued to slip after the U.S. government reported a huge buildup in fuel stockpiles early Wednesday. Oil is now trading at its lowest price since November, before OPEC countries agreed to reduce production in an effort to shore up prices.

THE BIG STORE: Sears Holdings rose 47 cents, or 6.3 percent, to $7.96 after it took a smaller adjusted loss than it did a year ago. Investors were also pleased the struggling chain kept its inventory and expenses under control. Sears also announced that it completed the sale of its Craftsman tool brand to Stanley Black & Decker on Thursday for $900 million.

Office supply company Staples reported fourth-quarter sales that were far weaker than analysts expected and the company said it will close another 70 stores in North America. The stock gave up 19 cents, or 2.1 percent, to $8.77.

BAD FIT: Tailored Brands, the parent of Men's Wearhouse and Jos. A. Bank, plunged $7.19, or 30.8 percent, to $16.18. The company disclosed a rough fourth quarter that included a bigger loss than expected along with disappointing sales. The company also said it wants to rework an agreement with Macy's. In 2015 the company agreed to run tuxedo shops in 300 Macy's stores, but it said business isn't picking up the way it expected.

BONDS: Bond prices fell further. The yield on the 10-year Treasury note rose to 2.58 percent from 2.56 percent. Higher bond yields mean higher interest rates on loans, which can translate into higher profits for banks. Citigroup picked up 72 cents, or 1.2 percent, to $61.83 and Northern Trust added 47 cents, or 3.4 percent, to $14.53.

ECB IN FOCUS: Mario Draghi, president of the European Central Bank, will be in focus after the bank opted to keep interest rates and its monetary stimulus unchanged.