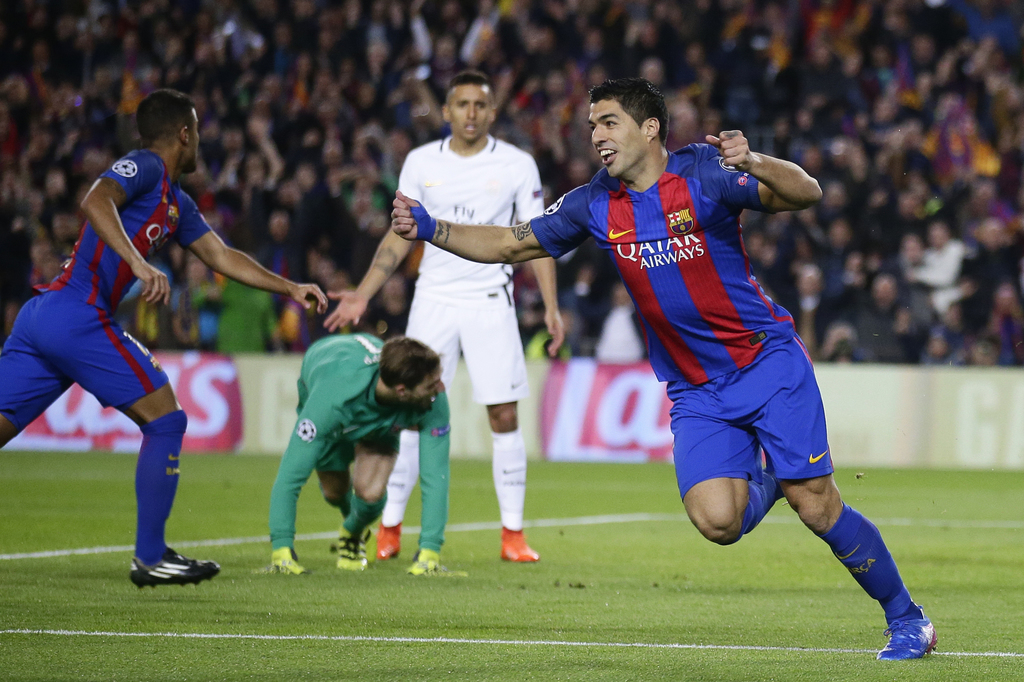 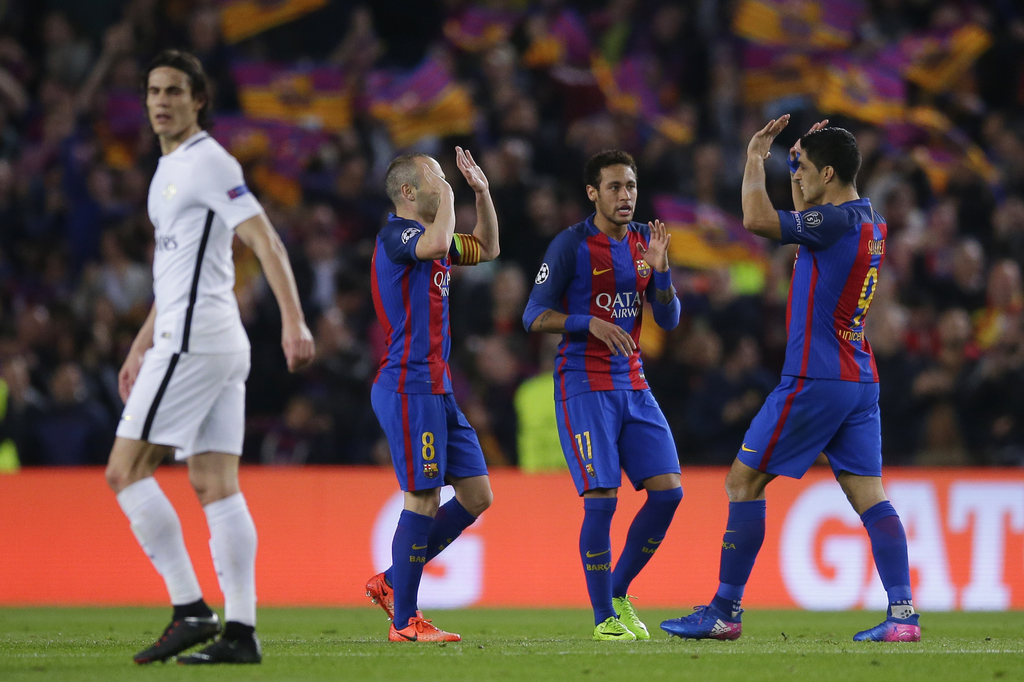 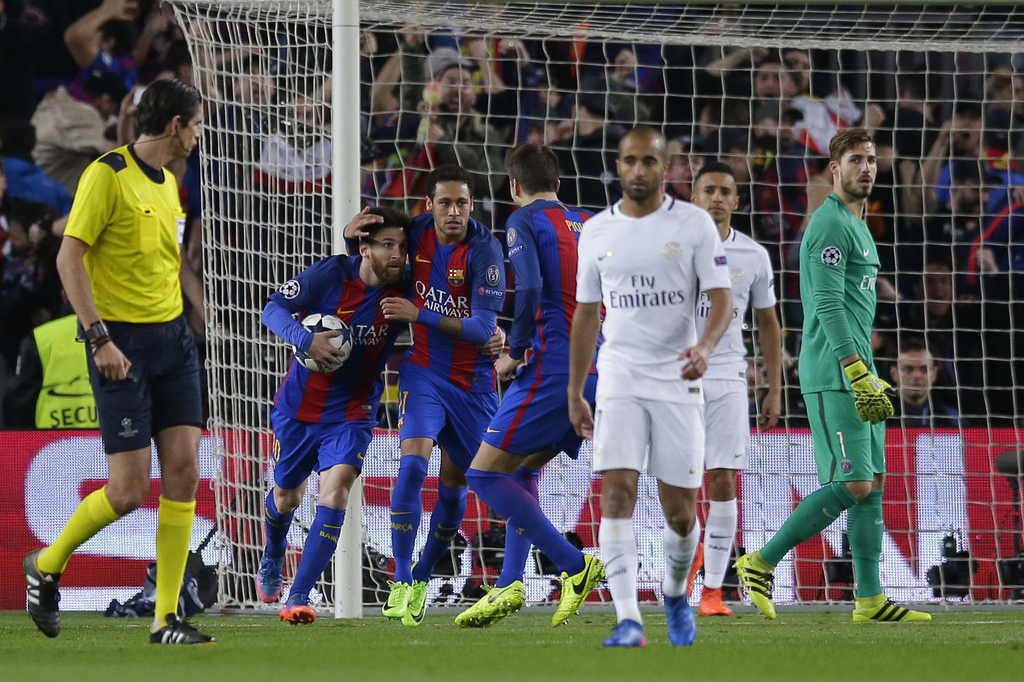 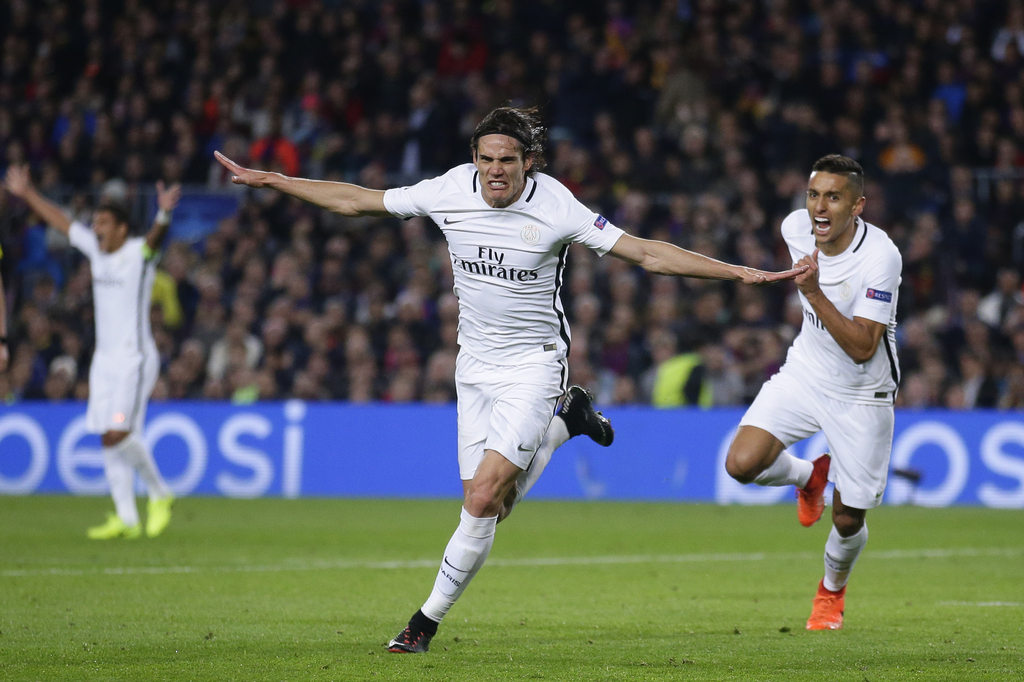 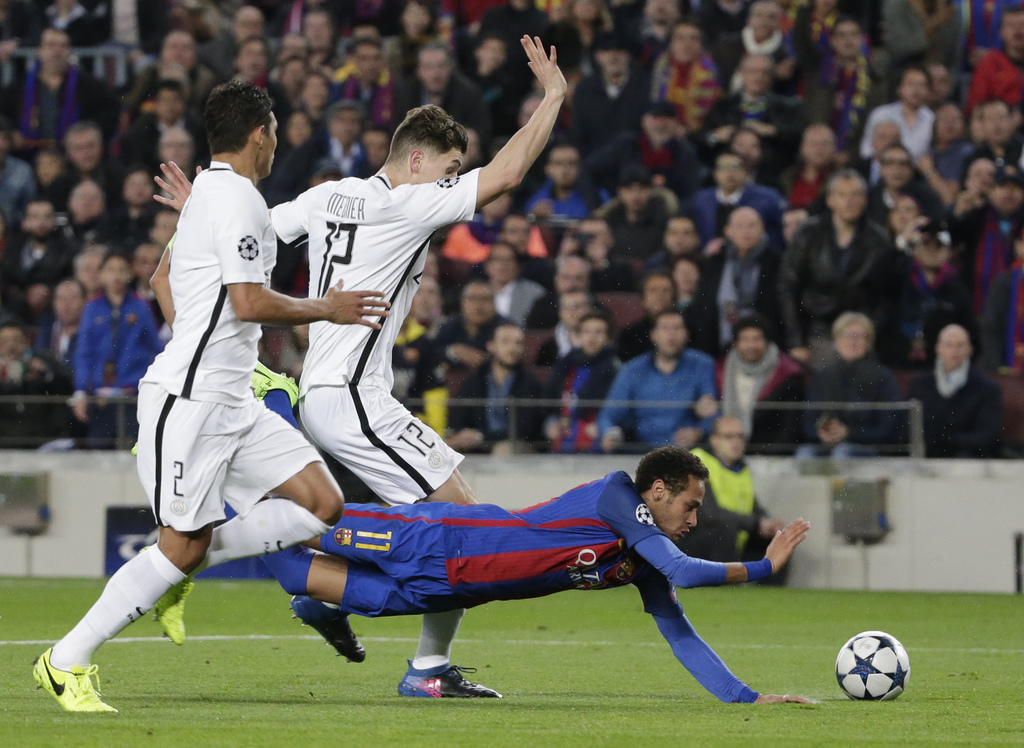 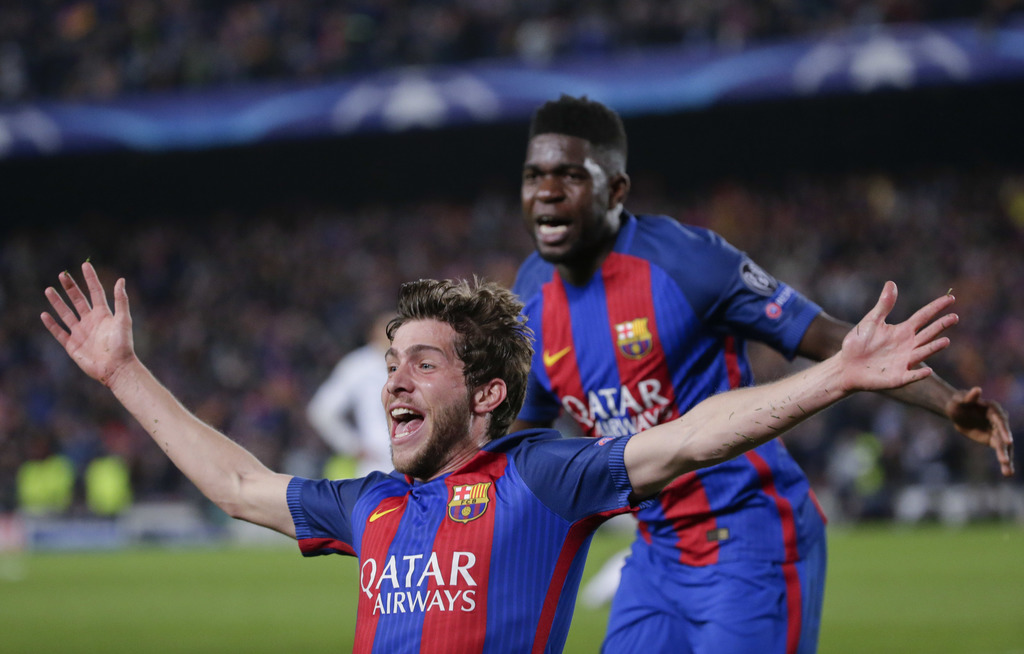 One of the most incredible aspects of Barcelona's historic 6-1 win over Paris Saint-Germain was that the last three goals all came after 87 minutes were up.

Barcelona surged to a three-goal lead at Camp Nou on Wednesday in the Champions League, but the Spanish club was soon back on the brink of missing the quarterfinals for the first time in nearly a decade after PSG scored.

That just set the scene for one of the sport's most dramatic finishes — the first time a team has ever overturned a 4-0 deficit in the Champions League.

Here is a look at each goal from Wednesday's remarkable match:

Luis Suarez gave Barcelona a confidence boost with the first goal. He also got a good deal of help from PSG's defense, which failed on two tries to clear a routine cross from the right side by Rafinha. The entire backline froze when Suarez charged in to head the bouncing ball over a flailing Kevin Trapp. The early sequence captured the lack of initiative from PSG's players.

Barcelona kept PSG hemmed in its box and it was only a question of time before a second goal came. Two lobbed forward passes in succession by Neymar and Suarez put the ball at the feet of Andres Iniesta at near the post. A trio of defenders swarmed to the midfielder, who while twisting used a deft back-heeled flick to send the ball across the goalmouth. Unfortunately for PSG's Layvin Kurzawa, his stab at the ball redirected it into his own net.

The French defense was again at fault when Thomas Meunier lacked the pace to keep up with Neymar as he sped past him and into the area in an attempt to reach a well-placed through ball from Iniesta. Meunier stumbled and threw his shoulder into the legs of Neymar, who promptly tumbled to the turf. Messi didn't waste the chance and drilled the penalty kick past a diving Trapp to further stoke the already supercharged Camp Nou crowd.

Finally ordering his team forward, PSG coach Unai Emery got the goal his team direly needed. Striker Edinson Cavani stroked home an elegant goal, jumping to shoot in Kurzawa's headed pass as he arrived to the center of Barcelona's area. Cavani had hit the post moments before, and after his goal he would squander an opportunity to finish Barcelona off when he failed to better goalkeeper Marc-Andre ter Stegen in a one-on-one situation.

Barcelona was done for, needing three goals with the clock ticking down. That was when Neymar stepped up by curling a right-footed free kick from the left corner of the box between Trapp and his near post. Trapp was again exposed, but the worst was yet to come.

Barcelona quickly added another goal. Suarez earned the penalty when he was tripped by Marquinhos from behind while attempting to control a long pass behind the defense. Neymar stepped up and coolly slotted his spot kick to his right while Trapp went the other way.

Barcelona poured forward, willed on by 96,000 screaming fans who sensed history was about to be made. And sure enough, Barcelona completed the comeback in the most dramatic fashion possible. Substitute Sergi Roberto charged into the box while Neymar cut back outside the area to put the ball on his left foot. There, he chipped the ball forward in a perfectly-placed pass that found Roberto all alone for him to stretch his right boot and steer the ball past Trapp.