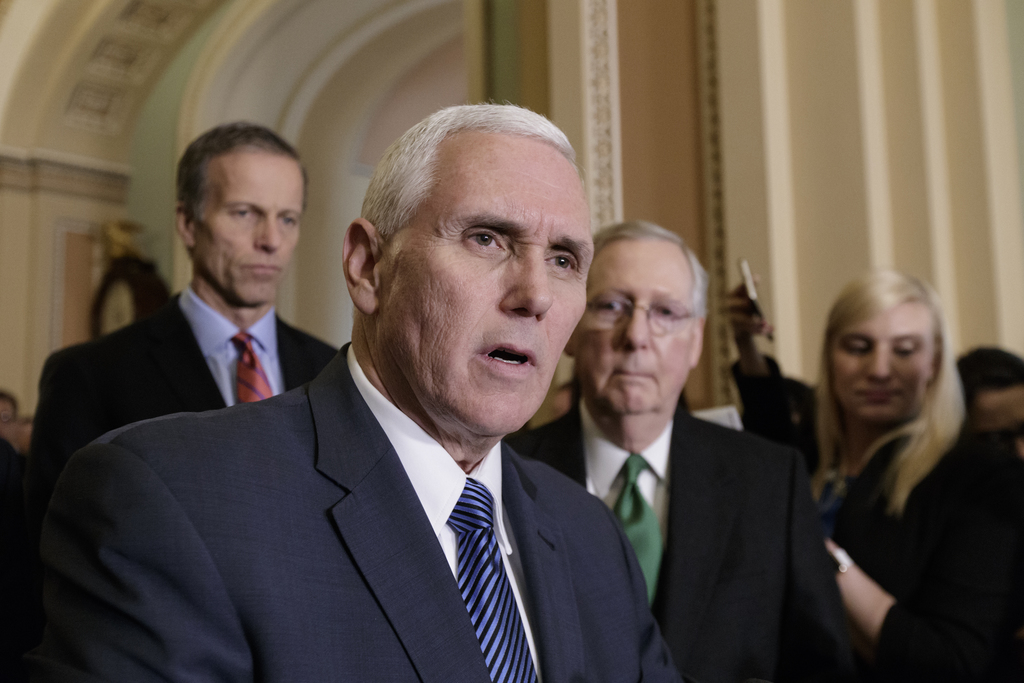 WASHINGTON (AP) — The Latest on the health care debate as Congress begins work on a GOP-drafted overhaul (all times EST):

Pence is set to appear with Kentucky Gov. Matt Bevin at the event in the hometown of Senate Majority Leader Mitch McConnell.

Fellow Kentucky Republican Sen. Rand Paul has been a critic of the health care legislation backed by President Donald Trump and Pence.

Pence was in Ohio and Wisconsin last week in support of the repeal.

The American Action Network says it will run spots in 30 districts represented by members of the hard-line House Freedom Caucus.

Many in that group have opposed the GOP-drafted health care overhaul. They say the measure creates costly tax credits and doesn't end former President Barack Obama's law swiftly, including its Medicaid expansion.

The announcer tells viewers to urge lawmakers to "vote with President Trump" and support the bill.