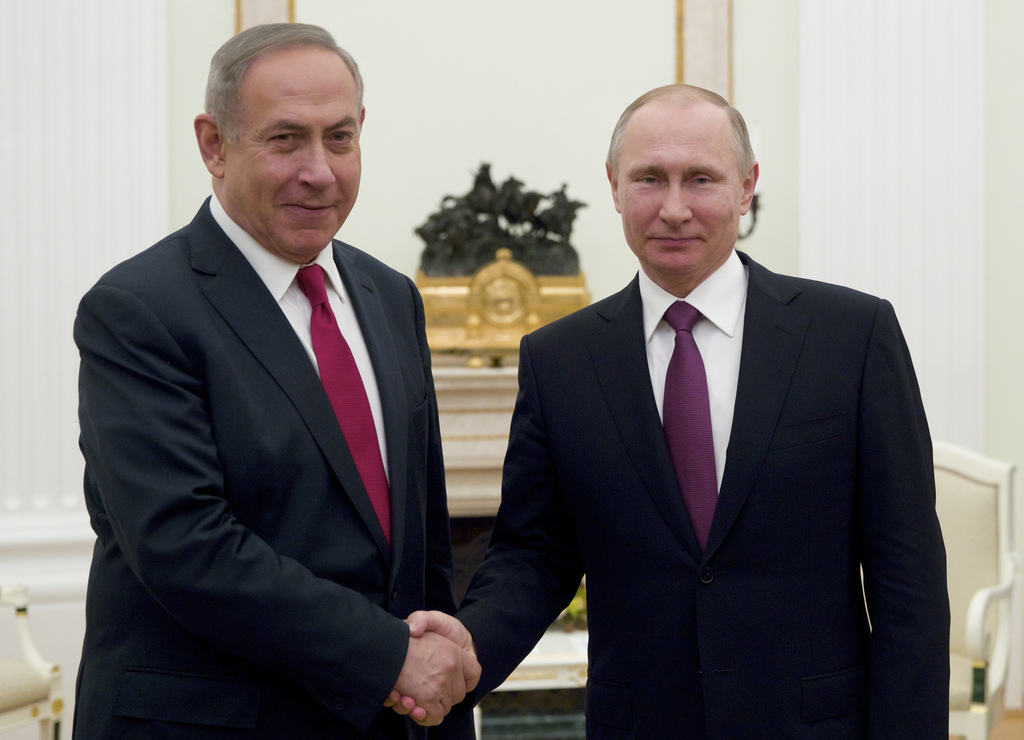 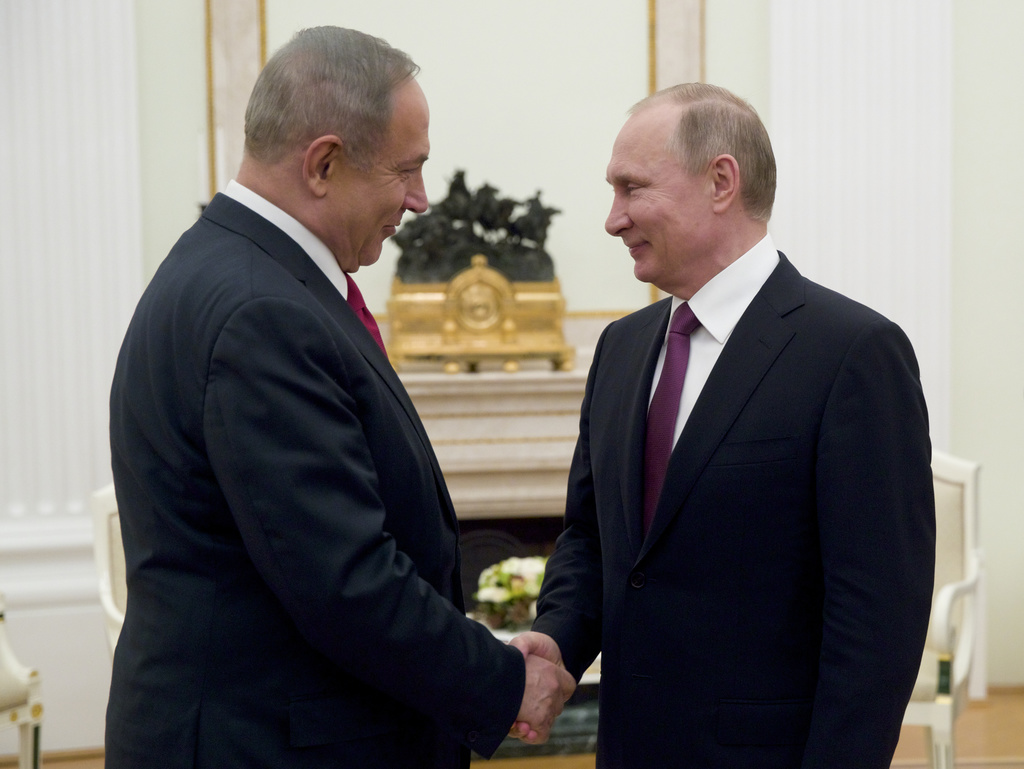 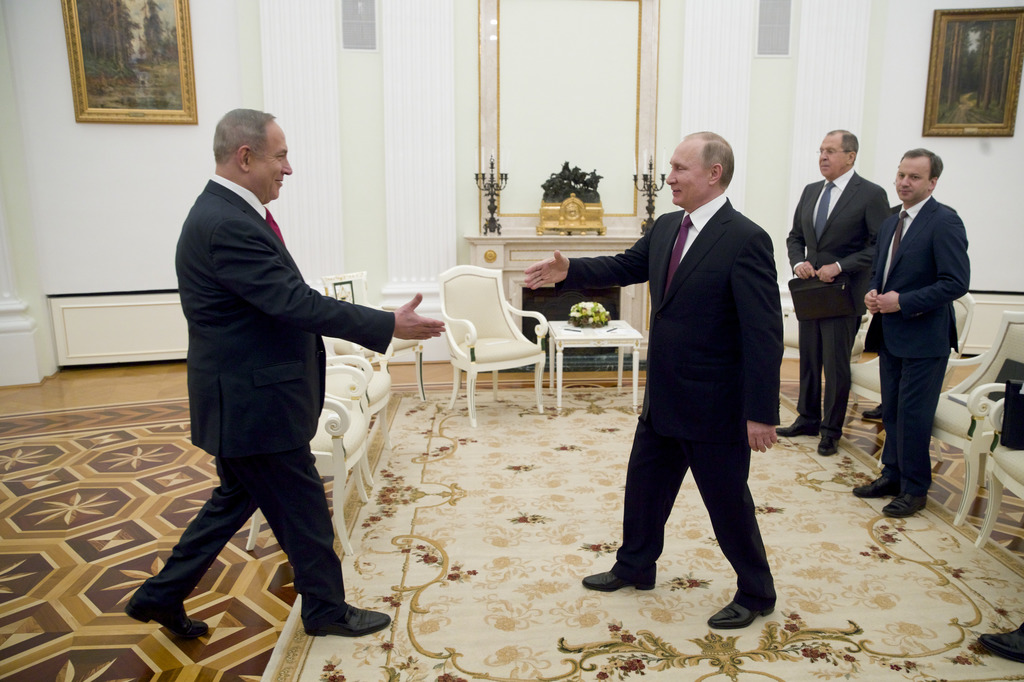 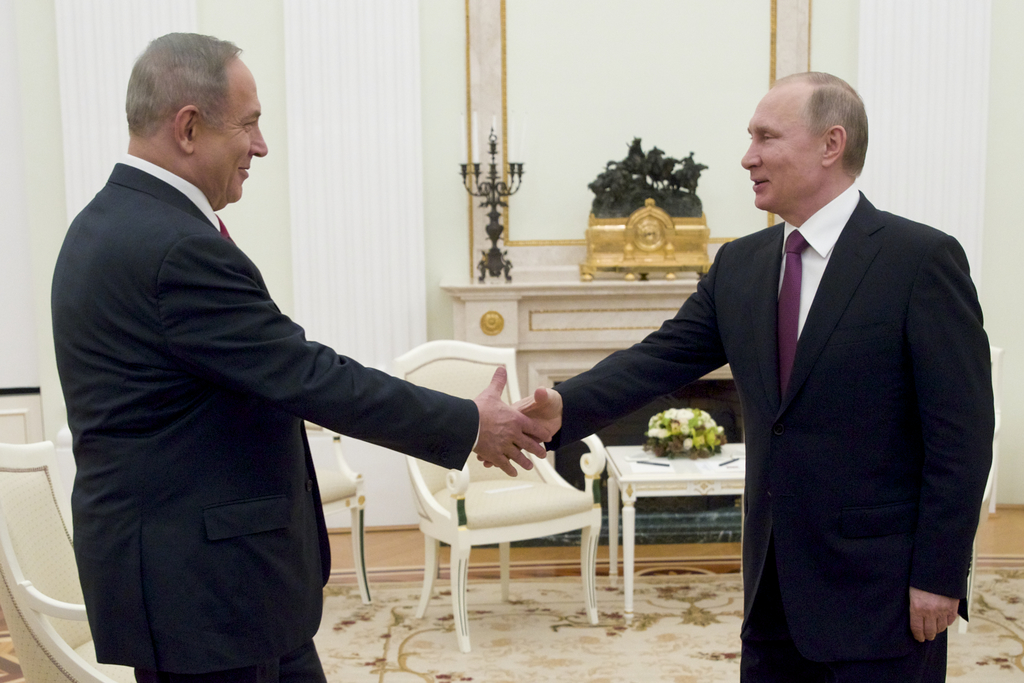 Greeting Netanyahu at the start of their talks, Putin emphasized a high level of trust between them.

Netanyahu hailed Russia's role in fighting the Islamic State group and other radical militants in Syria. At the same time, he warned of the danger posed by radical Shiite groups, an apparent reference to the Hezbollah movement.

Russia has sided with Iran and Hezbollah in helping support Syrian President Bashar Assad, but at the same time it has maintained warm ties with Israel. The two nations have coordinated to prevent any possible incidents between their militaries in Syria.