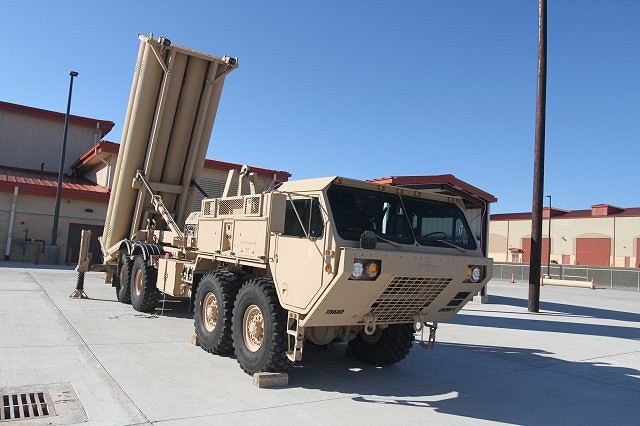 THAAD. The abbreviation of the little-known term “Terminal High Altitude Area Defense” forced the closure of supermarkets in China. For once, it is not anger at a perceived Taiwan Independence statement by a Taiwanese entertainer or at a politician’s refusal to mention the “1992 Consensus” which is ruffling Beijing’s feathers.

The unexpected culprit is South Korea, which decided to deploy the American-made system in a response to the numerous missile launches, nuclear tests and other provocations by its communist-ruled neighbor, North Korea.

Despite repeated assertions by both Seoul and Washington that all the system is designed to do, is to take down missiles emanating from the cantankerous north, it is China that has reacted with the most fury.

However, critics have also blamed China, saying it should have made more of an effort to restrain North Korea, how difficult that task might be.

Kim Jong-un has shown time and time again that he is not afraid of challenging international opinion. Barely had his half-brother been assassinated in broad daylight at Malaysia’s main international airport, or the country launched four missiles in the general direction of Japan.

The incident provided the administration of United States President Donald Trump with the rationale to move the issue forward, with the first elements of the THAAD system, two launcher trucks, arriving in South Korea just hours after Pyongyang’s missile tests.

Washington’s haste with the timetable can be explained by concern about the future of embattled South Korean President Park Geun-hye. If or when she is forced to resign, elections are likely to bring to power a candidate and a party who are opposed to the missile system.

What Beijing objects to, is not particularly that South Korea can defend itself against the whims of Kim Jong-un, but that THAAD – and especially its radar components – could be used to keep an eye on missile movements inside its own borders. For the same reasons, Russia has also objected, be it in a somewhat lower tone.

That element is of course interesting for Taiwan, which has between 1,000 and 2,000 missiles pointed at its territory from China. If any of those movements can be picked up by a U.S.-controlled system located in South Korea, Washington could pass on the information to Taipei.

Defense Minister Feng Shih-kuan publicly voiced his opposition against a THAAD present for Taiwan, said the island had no need to be drawn into other countries’ conflicts. He may be right on that last point, but the island still has no room to be lulled into complacency just because the communist leadership in Beijing is less outrageous than the one in Pyongyang.

The administration of President Tsai Ing-wen has placed a laudable emphasis on development of its own defense and weapon systems, including submarines, Sky Bow missiles, and aircraft carriers for helicopters.

While disregarding the more unrealistic statements from Trump’s entourage about moving U.S. troops stationed in Southern Japan’s Okinawa to Taiwan, that doesn’t mean it should shut out all suggestions.

Thanks to agreements achieved during the Obama Administration, more senior defense and other officials of the two nations will be able to meet, paving the way for closer contacts and for a more direct and realistic exchange of views.

Within budgetary reason, Taiwan’s government and military can move forward and submit a wish list to the U.S. The island has already stationed Patriot PAC-3 supplied by Washington, but holding an extra card against China cannot be a problem. Whether THAAD is that card, should be decided by the defense establishment.