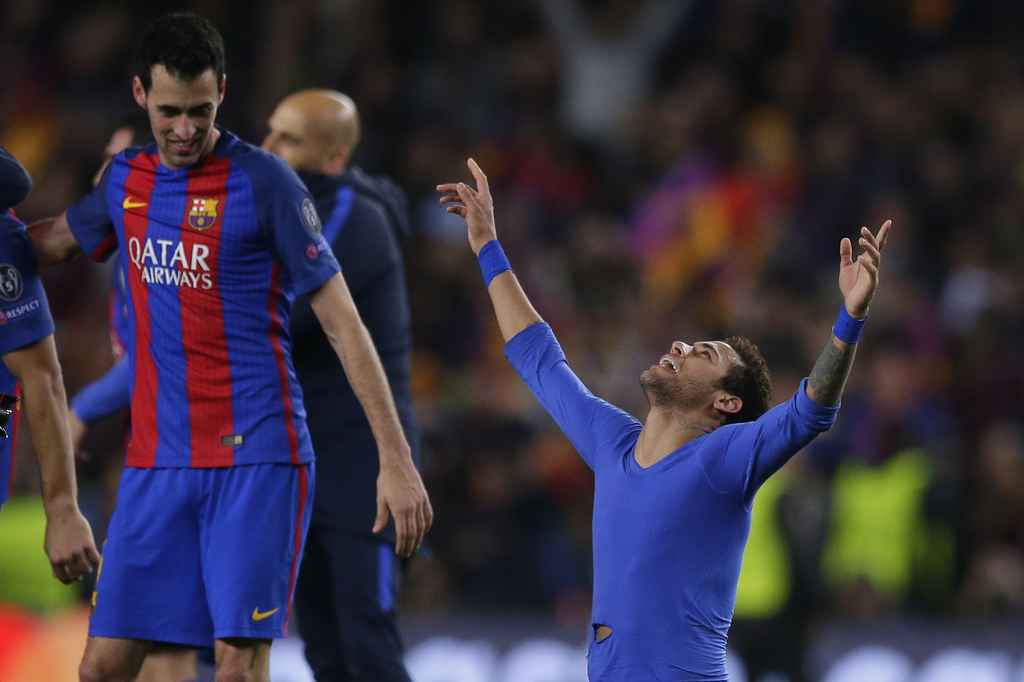 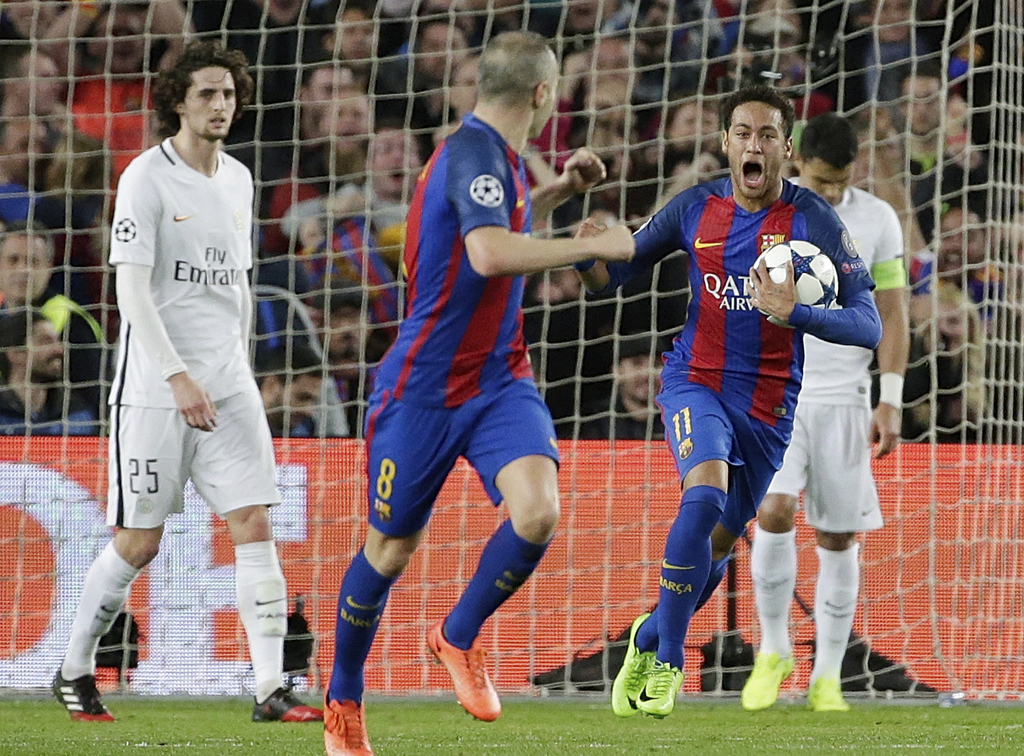 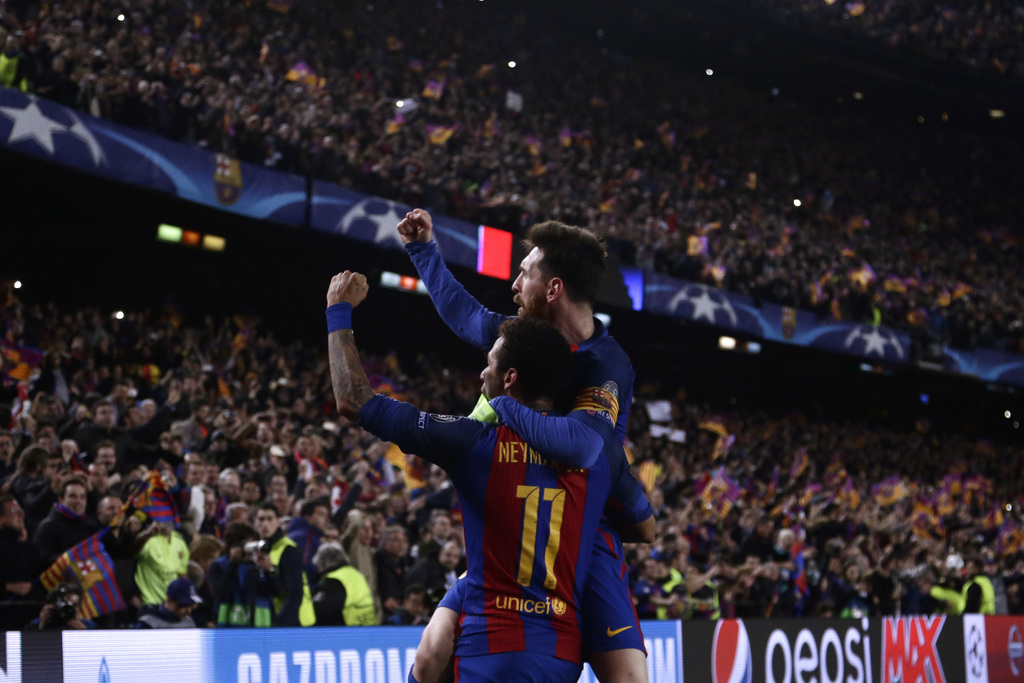 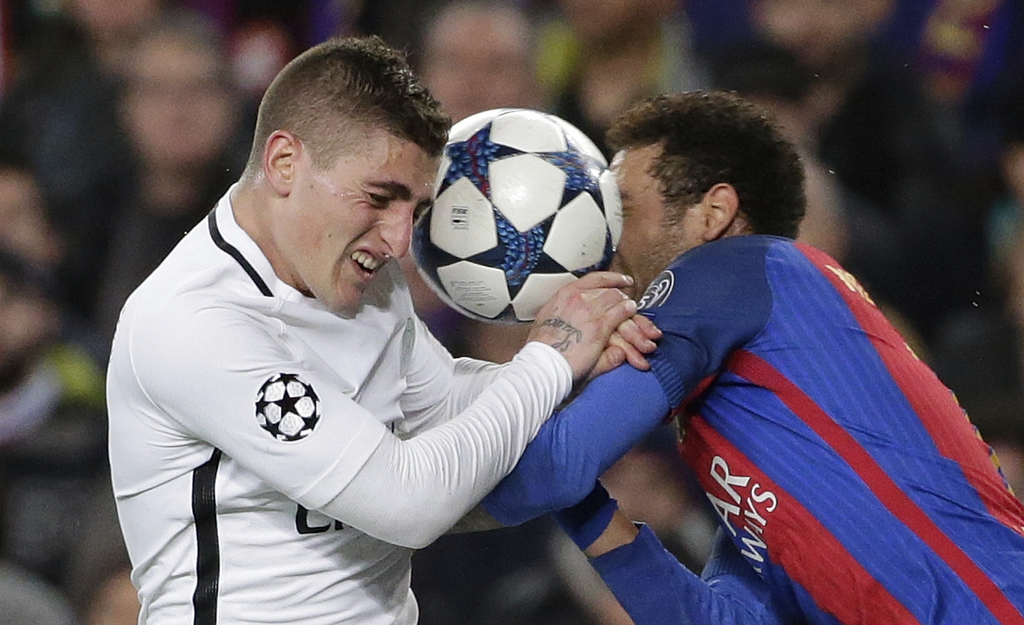 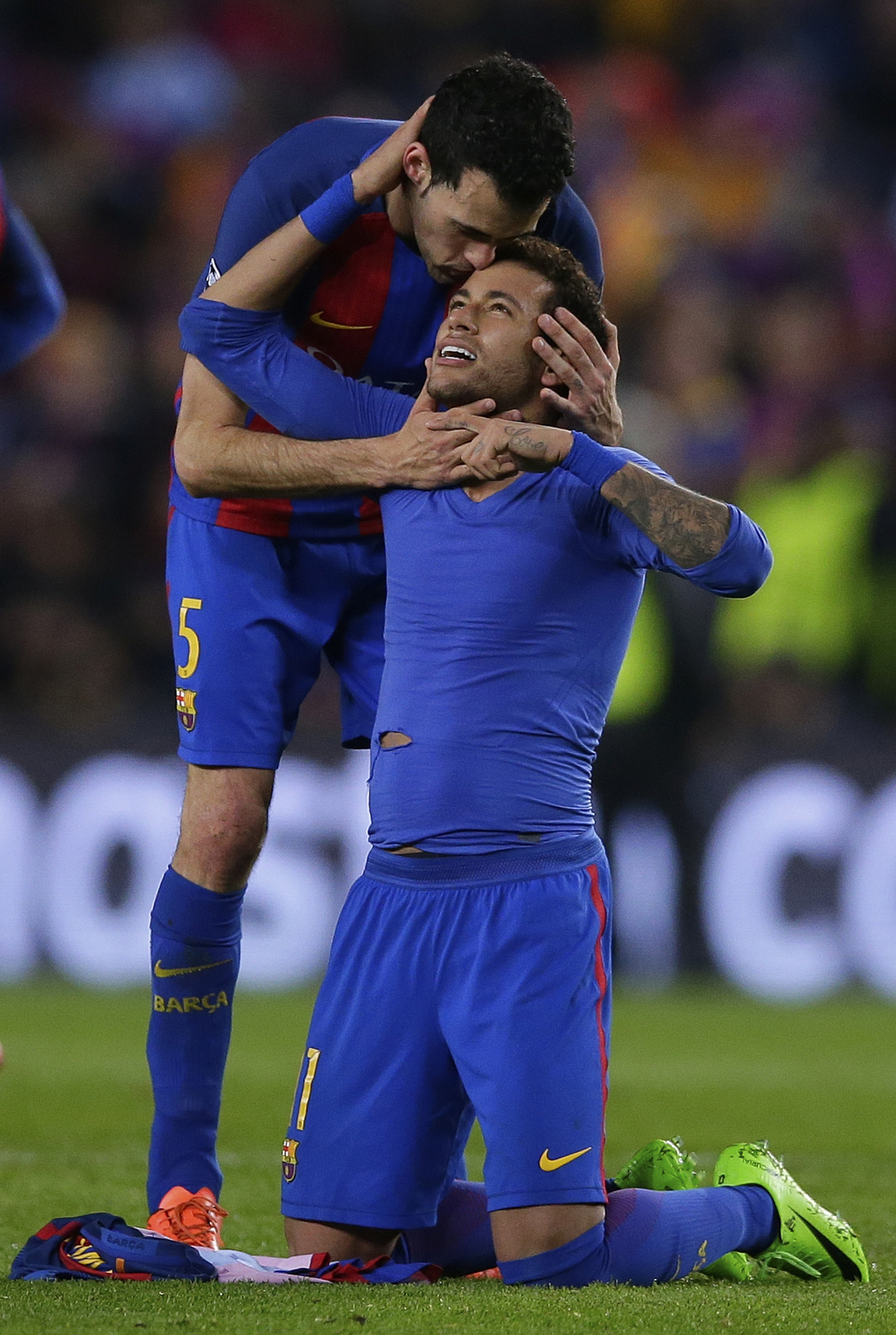 Displaying his unique creative talent, speed and audacity, Camp Nou witnessed the blossoming of a true team leader on Wednesday.

"The best match of my career," said Neymar, who scored two goals and set up two more as Barcelona beat Paris Saint-Germain 6-1 in the second leg to become the first team to overhaul a 4-0 loss in the Champions League.

"If we believe, if we play our way, it is difficult to stop Barca," the 25-year-old Brazil striker said. "This can happen only once in a lifetime."

Neymar set the tone, simply willing Barcelona to victory when elimination seemed inevitable. Needing three goals to reach the quarterfinals and with the clock ticking toward the 88th minute, Neymar sparked an incredible late surge by scoring from a free kick and a penalty. He then made the pass that Sergi Roberto tapped in for the dramatic winner in the fifth and final minute of stoppage time.

It was one of the most jaw-dropping sequences ever seen at Camp Nou — or any other ground.

"Nobody believed that we could score six goals, and there they are," Neymar said. "This victory is like winning a final."

Since his transfer from Brazilian club Santos in 2013, Neymar has helped Barcelona win the Champions League, a pair of Spanish league and Copa del Rey titles, and the Club World Cup. But those achievements came with Neymar acting as a support player to the one-and-only Lionel Messi.

That underscores a key detail of Wednesday's match that is easily overlooked amid the celebrations: Barcelona pulled off this feat without Messi being the best player on the field.

Right from kickoff, Neymar bedeviled PSG's defense with his lightning-fast feet on the left flank. His run into the area resulted in Barcelona's third goal, converted by Messi from the penalty spot in the 50th after Thomas Meunier stumbled and thrust his shoulder into Neymar as he streaked past.

PSG forward Edinson Cavani appeared to snuff out the fight back with his goal a few minutes later. But instead of Messi, it fell to Neymar to conjure up the three goals now needed.

And he was up to the task.

Neymar's free kick curled inside the near post of Kevin Trapp's goal, rekindling the comeback attempt. And when everyone expected Messi to step back up to the penalty spot after Luis Suarez was brought down by Marquinhos, there was Neymar seizing the moment with a second goal.

He then delivered the critical pass, a floating forward lob to meet Roberto's charge into the box. It was Goal No. 6.