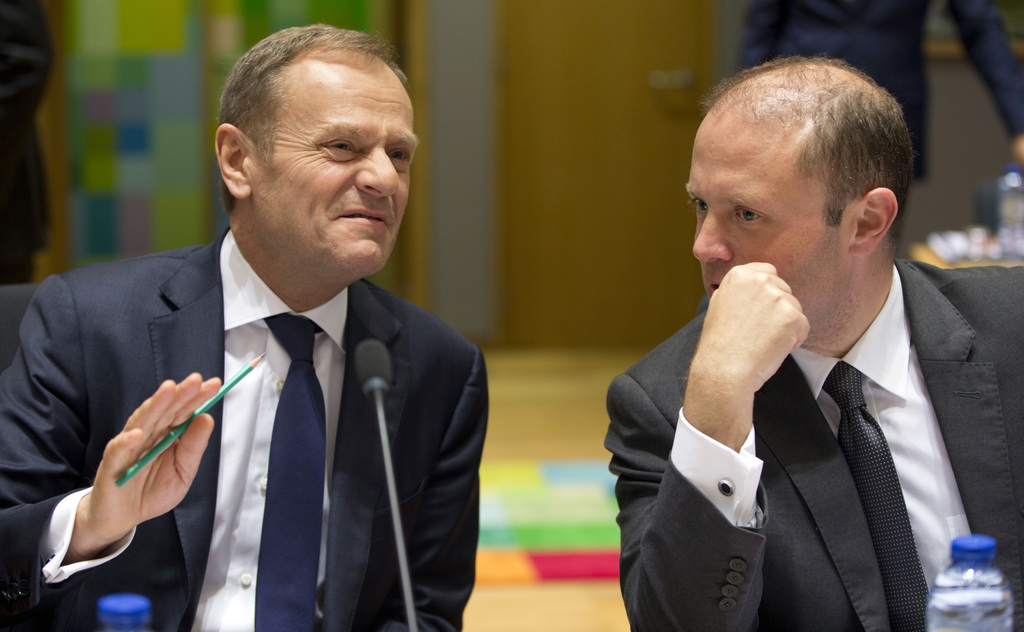 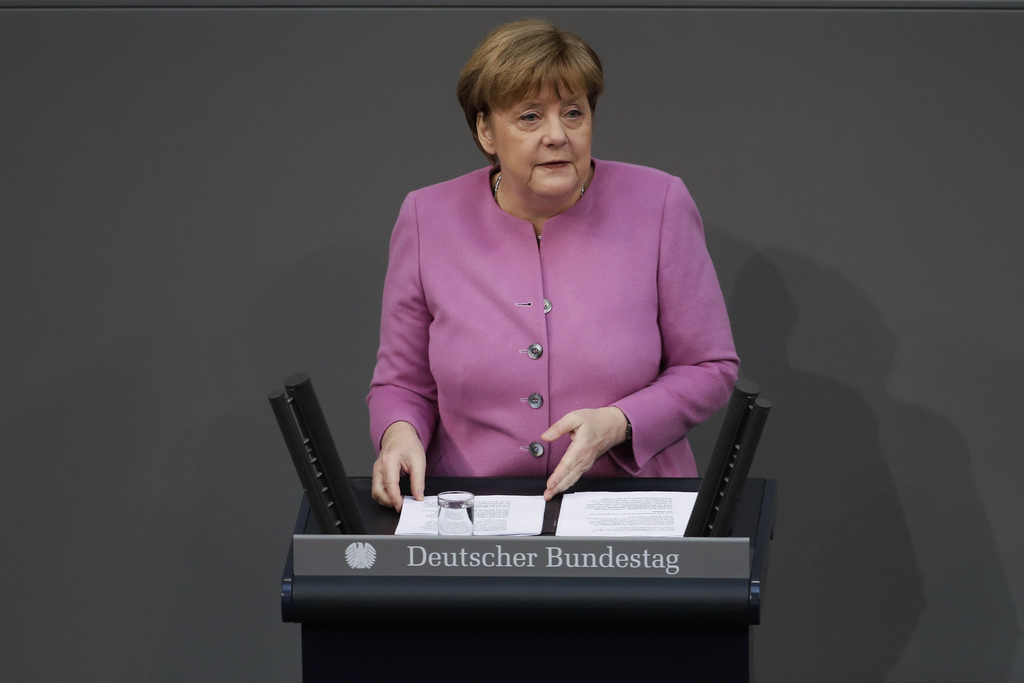 German Chancellor Angela Merkel has thrown her weight behind Donald Tusk to retain one of the European Union's top jobs ahead of an EU summit in Brussels Thursday, despite staunch opposition from his home country of Poland.

The EU's 28 leaders are due to decide who will be president of the EU Council for the next 2½ years. It is one of the bloc's most prestigious jobs, and involves chairing summits and coordinating the work of member countries.

Diplomats from several member nations say Warsaw has little or no support, while Tusk has strong backing. Merkel offered Tusk public support in a pre-summit speech to lawmakers in Berlin.

"I see the re-election of Donald Tusk as a sign of stability for the entire EU," she said.

Malta's prime minister, who will preside over the election of the next president of the European Union's Council, is indicating that he remains convinced the decision will be made Thursday.

Poland is holding out against the re-election of incumbent Donald Tusk, a former Polish prime minister who's a bitter rival of the leader of the country's current governing party. It has proposed that a European lawmaker from Poland, Jacek Saryusz-Wolski, replace him but appears to have little or no support.

The election will be overseen by Prime Minister Joseph Muscat of Malta, which holds the EU's rotating presidency.

Poland's foreign minister says the nation will do "everything" to block the re-election of European Council head Donald Tusk at a EU summit starting Thursday.

Tusk's term holding one of EU's most prestigious jobs ends May 31, and he enjoys wide backing for a second term.

Minister Witold Waszczykowski said Thursday Poland's diplomats will be telling their foreign partners that the summit "is in danger" if they insist on Tusk, Poland's former prime minister and adversary of the current government.

He said Polish media reports that Poland would refuse to sign the summit's conclusions were "journalist speculation."

"There is no need for hurry, no need to make the decision today," Waszczykowski said on TVN24.