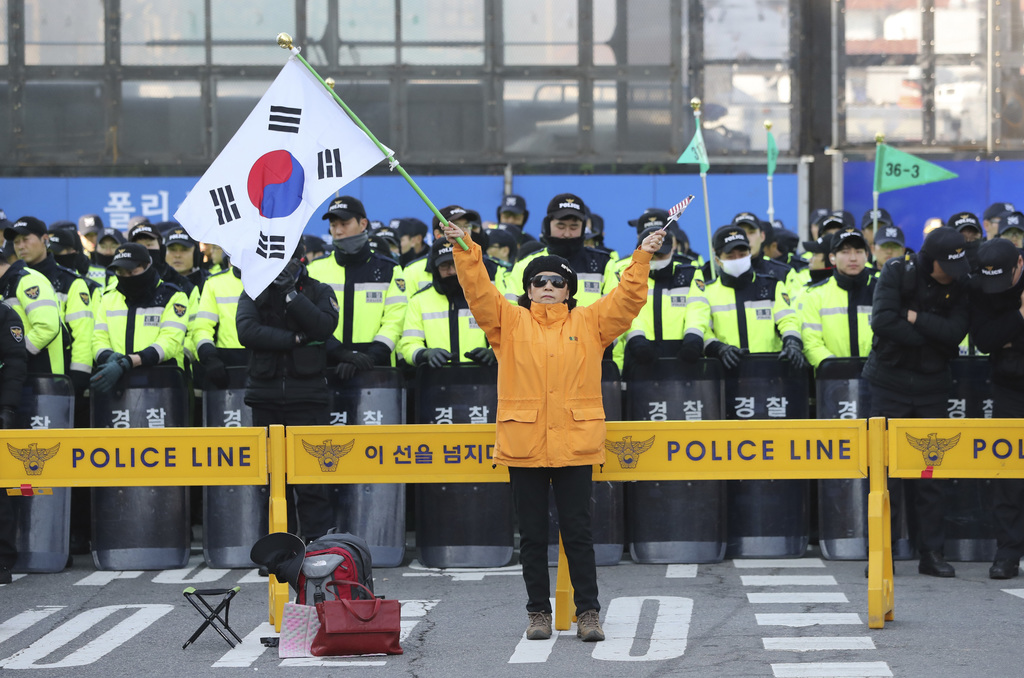 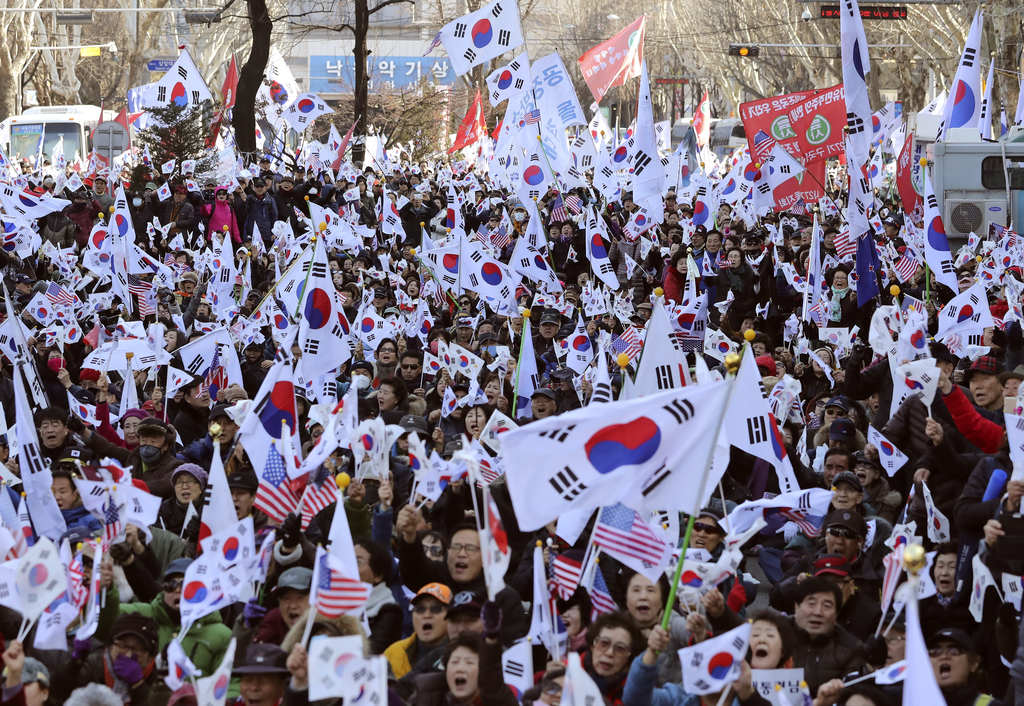 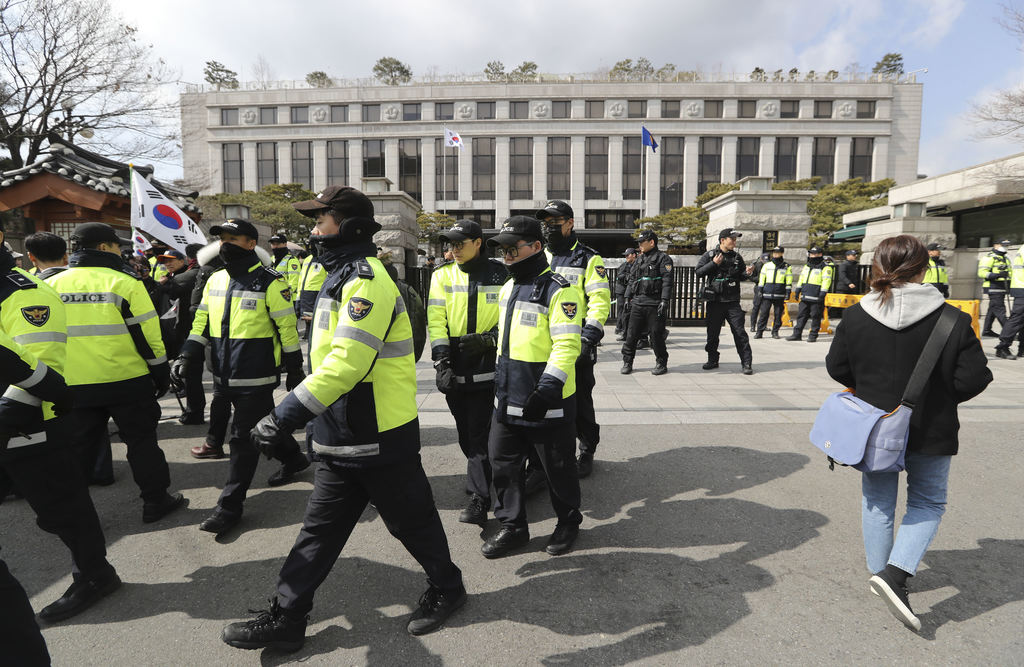 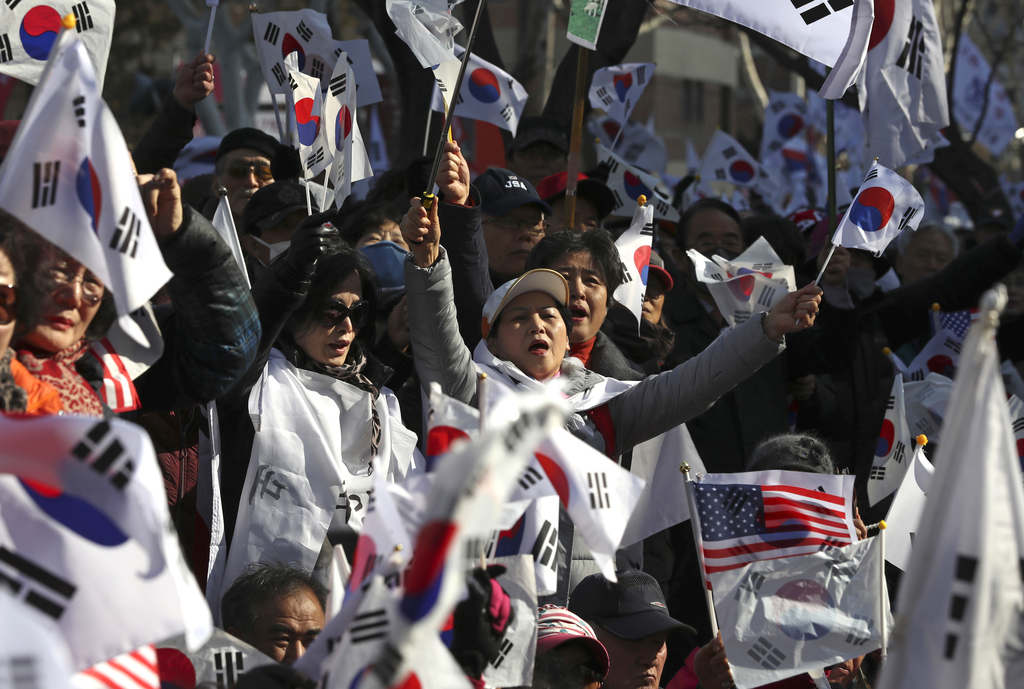 SEOUL, South Korea (AP) — South Korean President Park Geun-hye finds out Friday whether a court will remove her from office over a corruption scandal or allow her to complete her term.

A look at the consequences of both possible decisions ahead of the Constitutional Court's ruling:

IF PARK IS BOOTED

Following weeks of protests that saw millions take to the streets, South Korea's opposition-controlled parliament voted to impeach Park in December amid suspicions that she colluded with a confidante to filch from companies and allowed the friend to secretly manipulate state affairs.

For Park to be formally removed, at least six of the court's eight justices will have to support the impeachment motion filed by lawmakers, which accuses the president of extortion, bribery, abuse of power and leaking government secrets. Park has apologized for putting trust in her friend, Choi (pronounced CHWEY) Soon-sil, but denies any legal wrongdoing.

If the court unseats Park, the country's election law requires a presidential vote within 60 days, which likely means May 9.

The ruling would instantly strip Park of her powers and also her immunity against prosecution. She could be interrogated by prosecutors seeking to indict her on criminal charges. Park has repeatedly refused to be interviewed by prosecutors over the scandal in past months, but that will be harder to do if prosecutors have an arrest warrant.

If a presidential election is triggered, opinion polls favor liberal opposition politician Moon Jae-in, who lost the 2012 race to Park, to succeed her.

A Moon presidency could bring significant changes after a decade of conservative rule. He stresses the need for dialogue with belligerent, nuclear-armed North Korea, which would be a dramatic departure from Park's hard line.

IF PARK IS REINSTATED

The court restoring Park's powers would be a huge victory for tens of thousands of her conservative supporters who rallied passionately near the court in recent weeks. It would also vindicate party loyalists who stuck with her even as dozens of their colleagues defected to create a new party in anticipation of an early presidential election. Such a decision will likely take the air out of the investigation into the scandal.

But some experts believe Park's reinstatement would only delay for a few months what seems to be an inevitable liberal presidential victory.

Park's single five-year term was originally due to end in February 2018, and regardless of the court's ruling, her credibility may be hopelessly compromised, the experts say. That's not ideal when she must navigate the country amid growing North Korean threats, a bad economy that could get worse with the diplomatic dispute with China, and a public sharply divided over the nation's future.

Some experts worry that Park's reinstatement could trigger a violent reaction from the millions of protesters who have been occupying the streets of major cities nationwide in the past several months.

The anti-Park rallies have been mostly peaceful, but some protesters said their "candles will turn into torches" if the court refuses to uphold Park's impeachment. The Seoul Metropolitan Police Agency on Thursday put its forces on high alert and deployed thousands of officers and hundreds of buses in the streets surrounding the court.

If Park returns to office, the country's next presidential election will be held on Dec. 20 as originally scheduled.