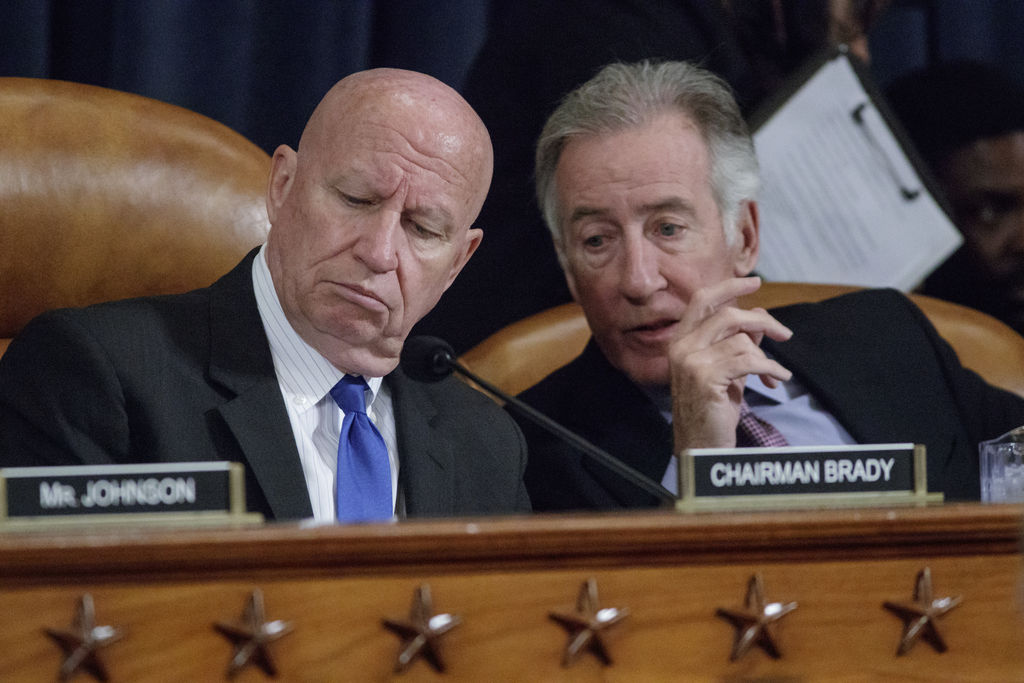 Yet the Ways and Means Committee's approval of health care legislation would only mask deeper problems Republican backers face. Hospitals, doctors and consumer groups mounted intensifying opposition to the GOP health care drive and the White House and Republican leaders labored to rally a divided party behind their high-stakes overhaul crusade.

The American Medical Association, the American Hospital Association and AARP, the nation's largest advocacy group for older people, were arrayed against the measure. Seven years ago their backing was instrumental in enacting Obama's health care statute, which President Donald Trump and Republicans are intent on erasing.

The hospitals — major employers in many districts — wrote lawmakers complaining about the bill's cuts in Medicaid and other programs and said more uninsured Americans seem likely, adding, "We ask Congress to protect our patients." Groups representing public, children's, Catholic and other hospitals also expressed opposition.

America's Health Insurance Plans, representing insurers, praised the legislation's elimination of health industry taxes but warned that proposed Medicaid changes "could result in unnecessary disruptions in the coverage and care beneficiaries depend on."

In epic sessions that began Wednesday morning and were stretching hours past midnight, Ways and Means worked on tax provisions while the Energy and Commerce Committee tackled a reshaping of Medicaid.

GOP leaders faced rebellion within their own ranks, including from conservative lawmakers and outside conservative groups claiming the bill took too timid a whack at Obama's law. Numerous GOP centrists and governors were also antagonistic, worried their states could lose Medicaid payments and face higher costs for hospitals having to treat growing numbers of uninsured people.

Top Republicans knew if the upheaval should snowball and crush the legislation it would be a shattering defeat for Trump and the GOP, so leaders hoped approval by both House committees would fuel momentum.

In words aimed at recalcitrant colleagues, House Speaker Paul Ryan, R-Wis., told reporters: "This is what good, conservative health care reform looks like. It is bold and it is long overdue, and it is us fulfilling our promises." The last was a nod to campaign pledges by Trump and many GOP congressional candidates.

There were signs of growing White House engagement, and perhaps progress.

Trump met at the White House late Wednesday with leaders of six conservative groups that have opposed the GOP legislation, and several voiced optimism afterward.

"I'm encouraged that the president indicated they're pushing to make changes in the bill," said David McIntosh, head of the Club for Growth, though he provided no specifics.

Underscoring Trump's potential impact, Energy and Commerce Chairman Greg Walden, R-Ore., said of GOP holdouts, "A lot of them, they maybe haven't felt the inertia that comes with Air Force One landing in their district."

The legislation would defang Obama's requirement that everyone buy insurance — a provision deeply disliked by Republicans — by repealing the tax fines imposed on those who don't. That penalty has been a stick aimed at pressing healthy people to purchase policies. The bill would replace income-based subsidies Obama provided with tax credits based more on age, and insurers would charge higher premiums for customers who drop coverage for over two months

The extra billions Washington has sent states to expand the federal-state Medicaid program would begin ending in 2020, and spending on the entire program would be capped at per-patient limits. Around $600 billion in 10-year tax boosts that Obama's statute imposed on wealthy Americans and others to finance his overhaul would be repealed. Insurers could charge older customers five times more than younger ones instead of the current 3-1 limit, but would still be required to include children up to age 26 in family policies, and they would be barred from imposing annual or lifetime benefit caps.

"We will answer President Trump's call to action," said Ways and Means Chairman Kevin Brady, R-Texas, adding later, "Relief is on the way."

Democrats said the Republicans would yank health coverage from many of the 20 million Americans who gained it under Obama's statute, and drive up costs for others because the GOP tax breaks would be skimpier than existing subsidies. And they accused Republicans of hiding bad news by moving ahead without official estimates from the nonpartisan Congressional Budget Office on the bill's cost to taxpayers and anticipated coverage.

"You can expect more town hall meetings you won't want to go to," said Rep. Sander Levin, D-Mich., a reference to liberal activists who hounded Republicans during last month's recess.