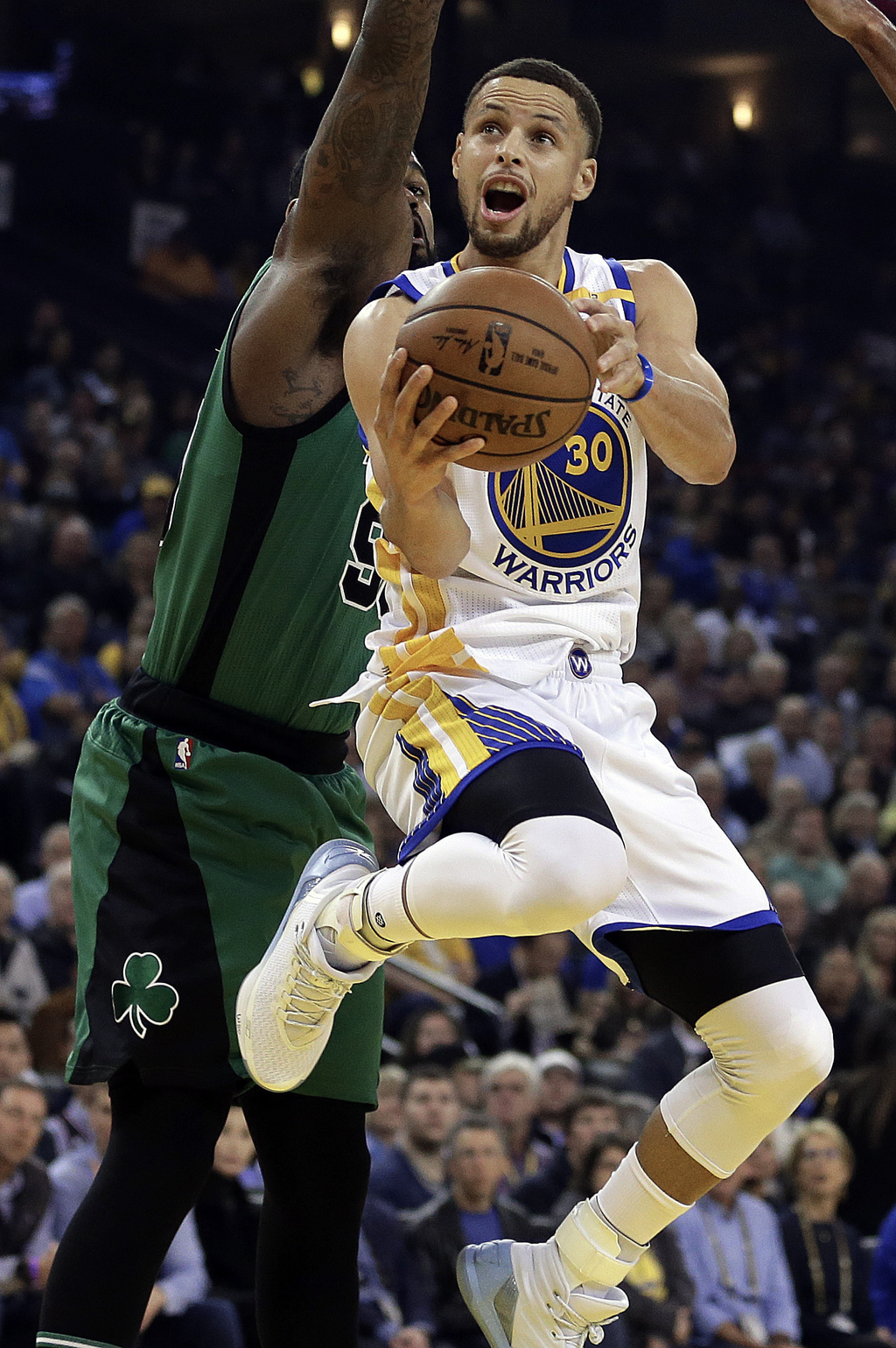 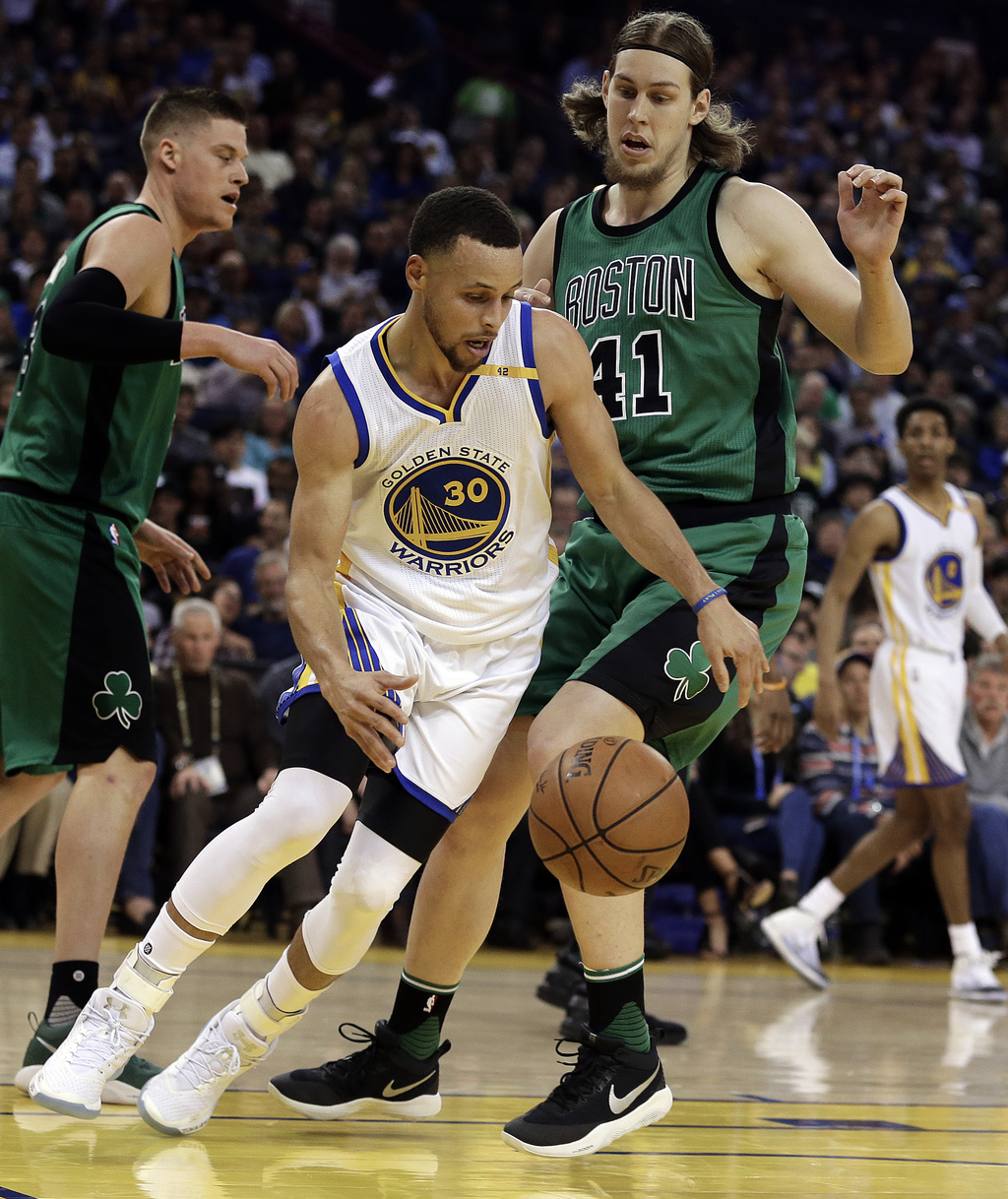 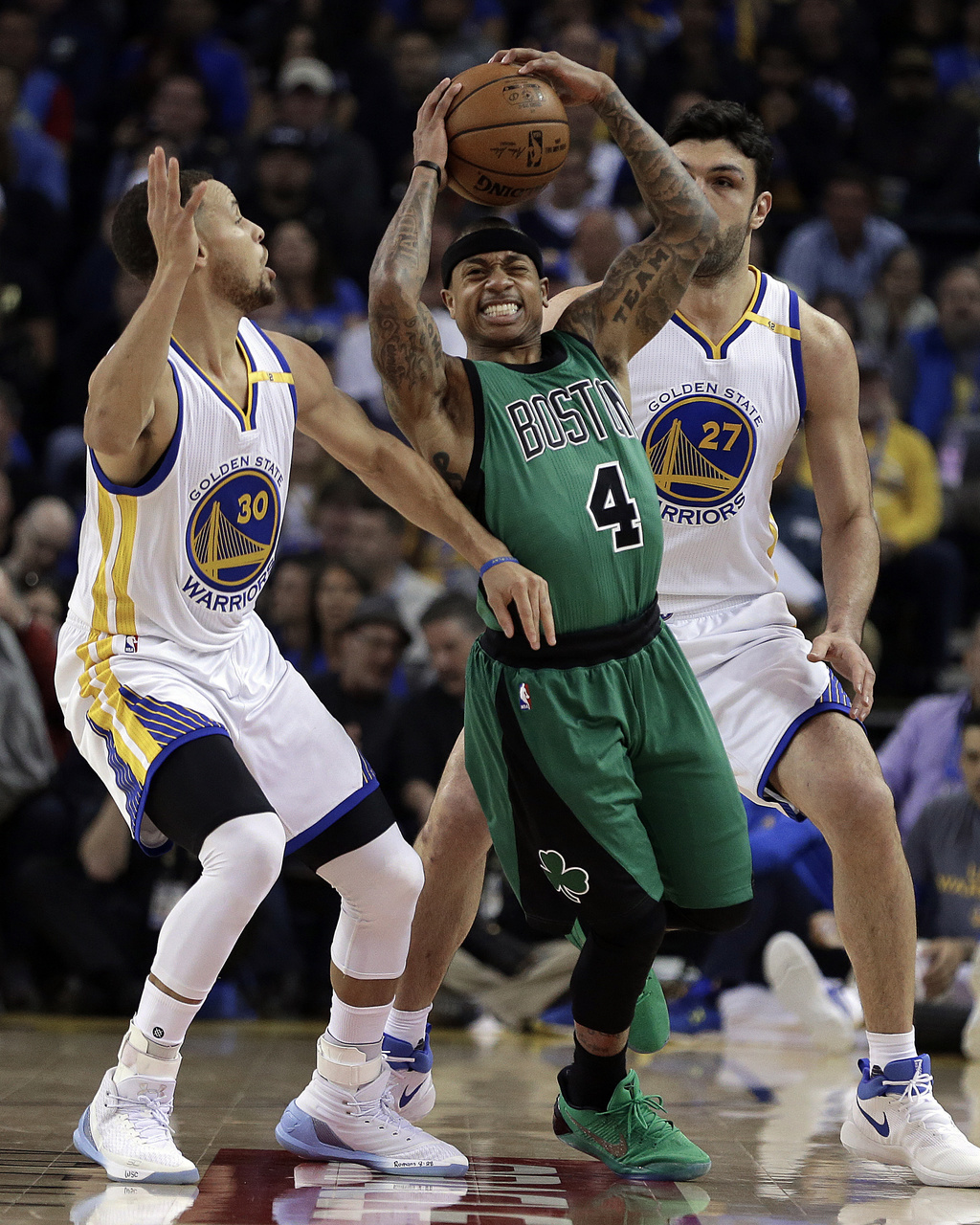 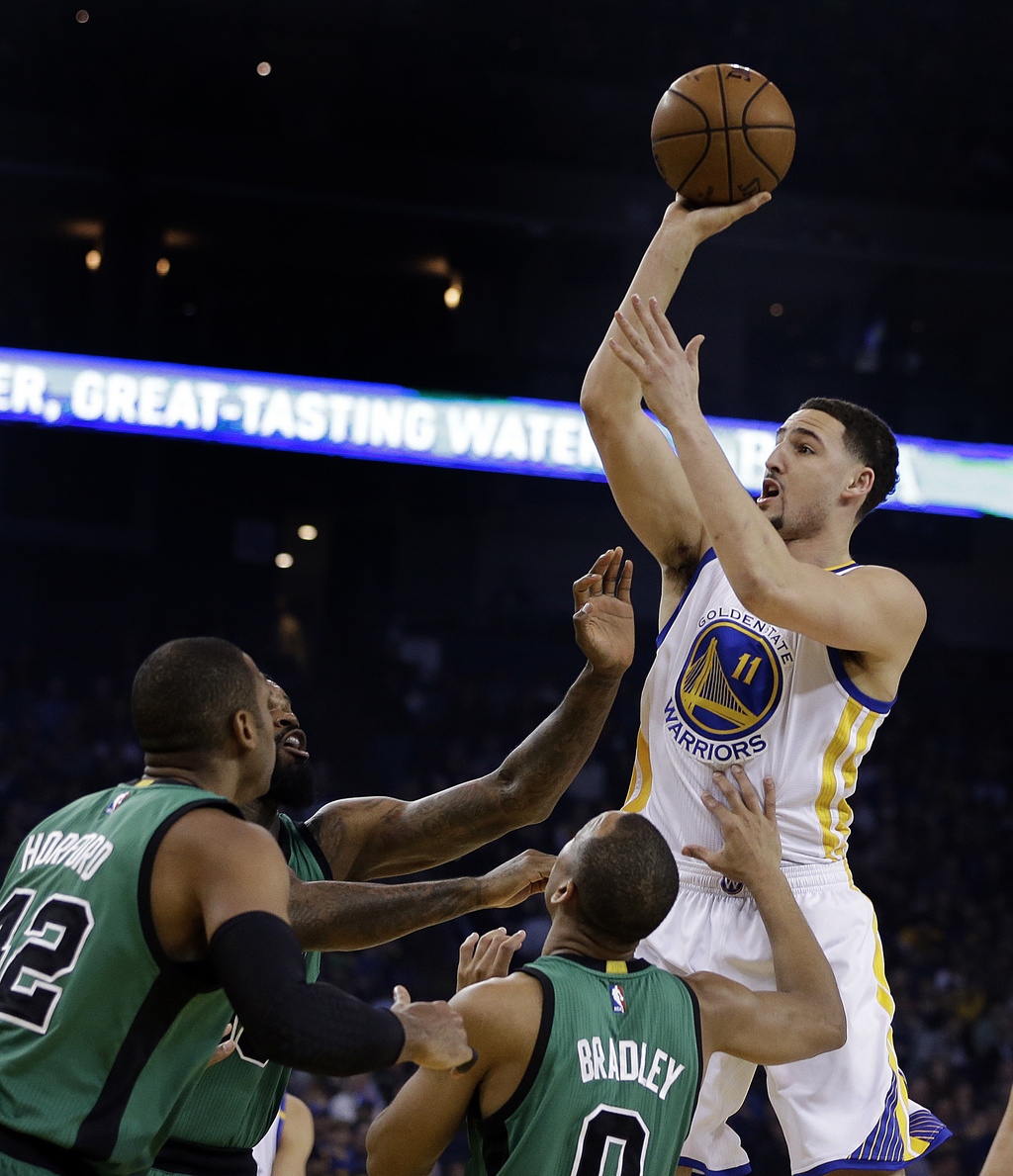 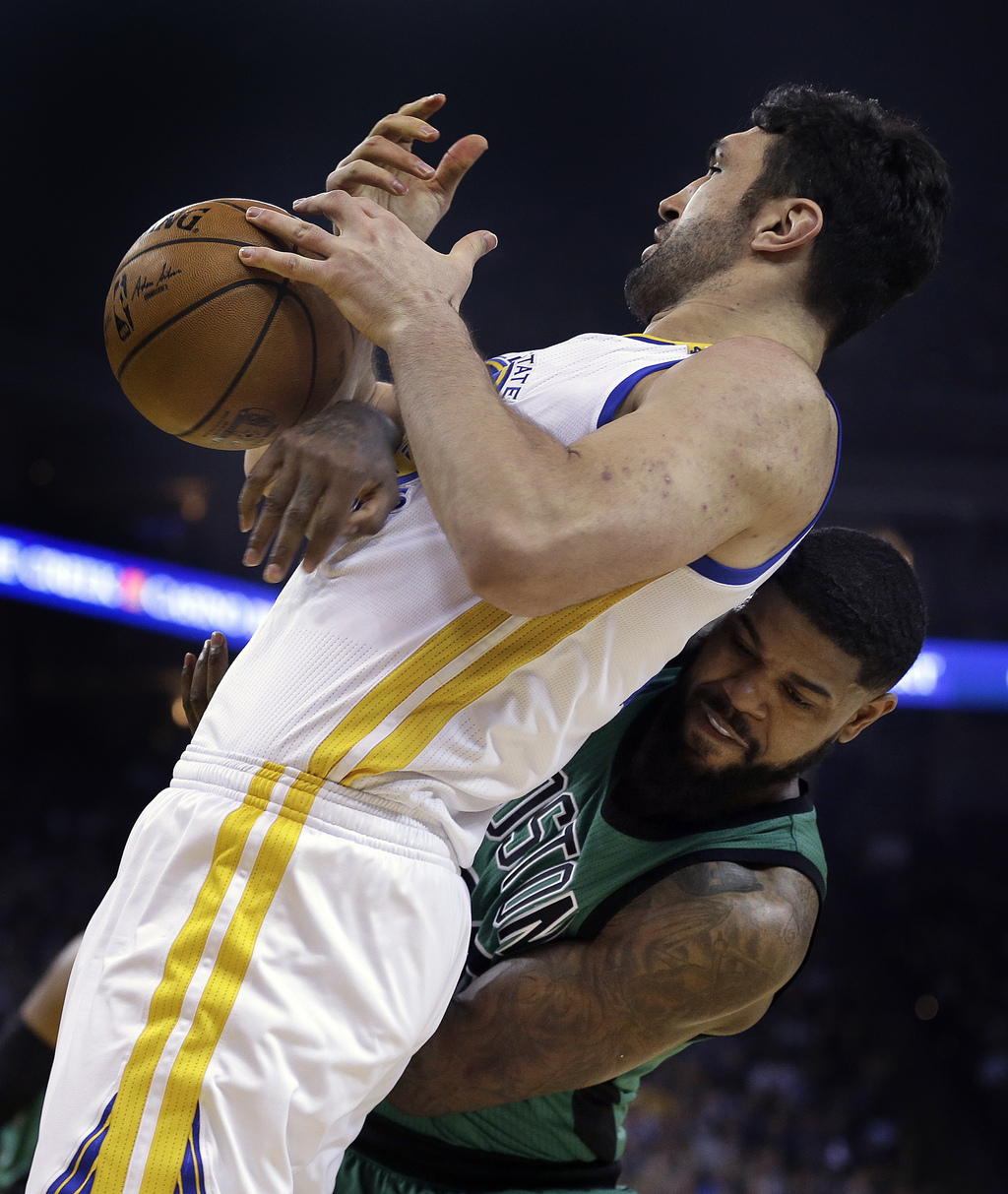 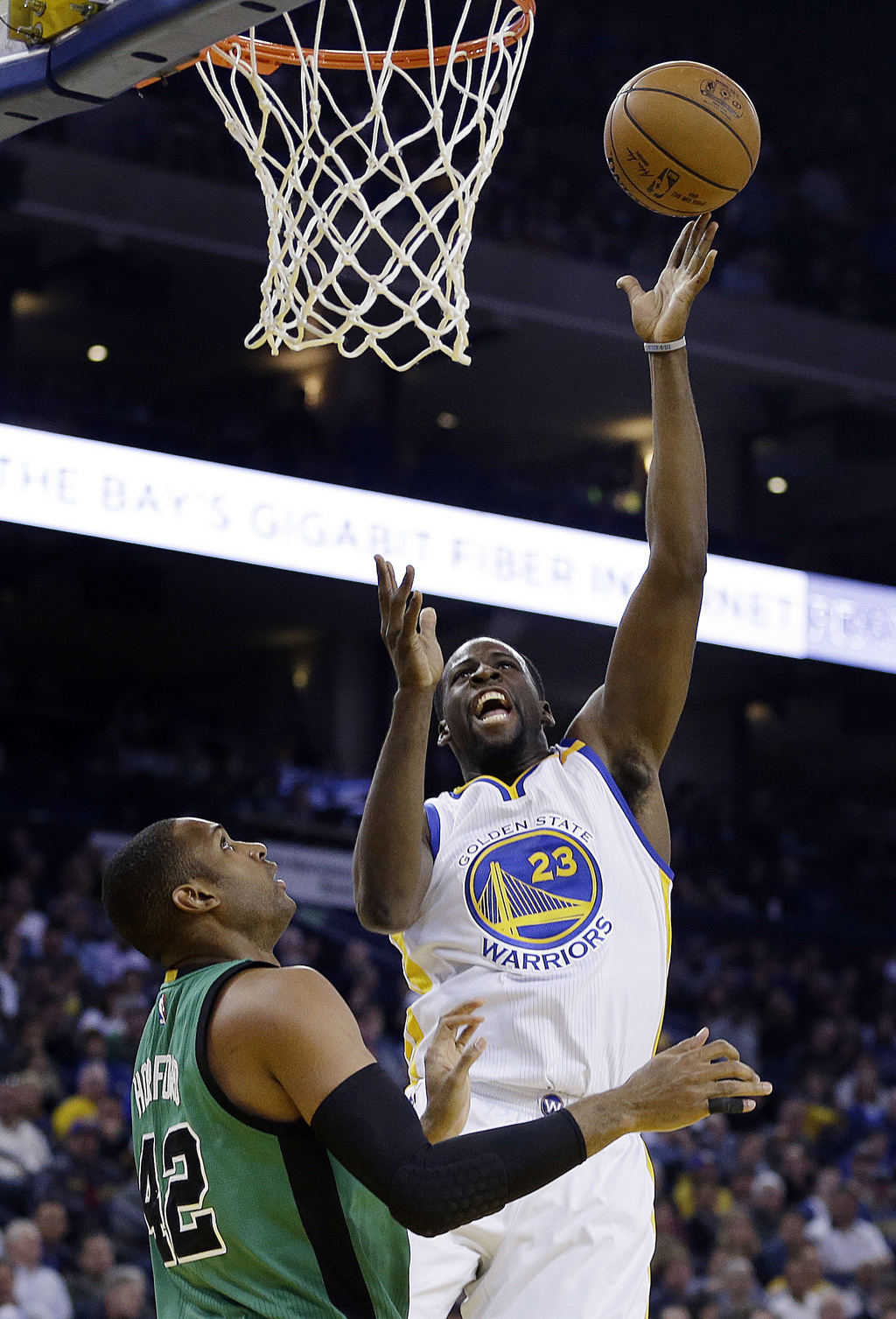 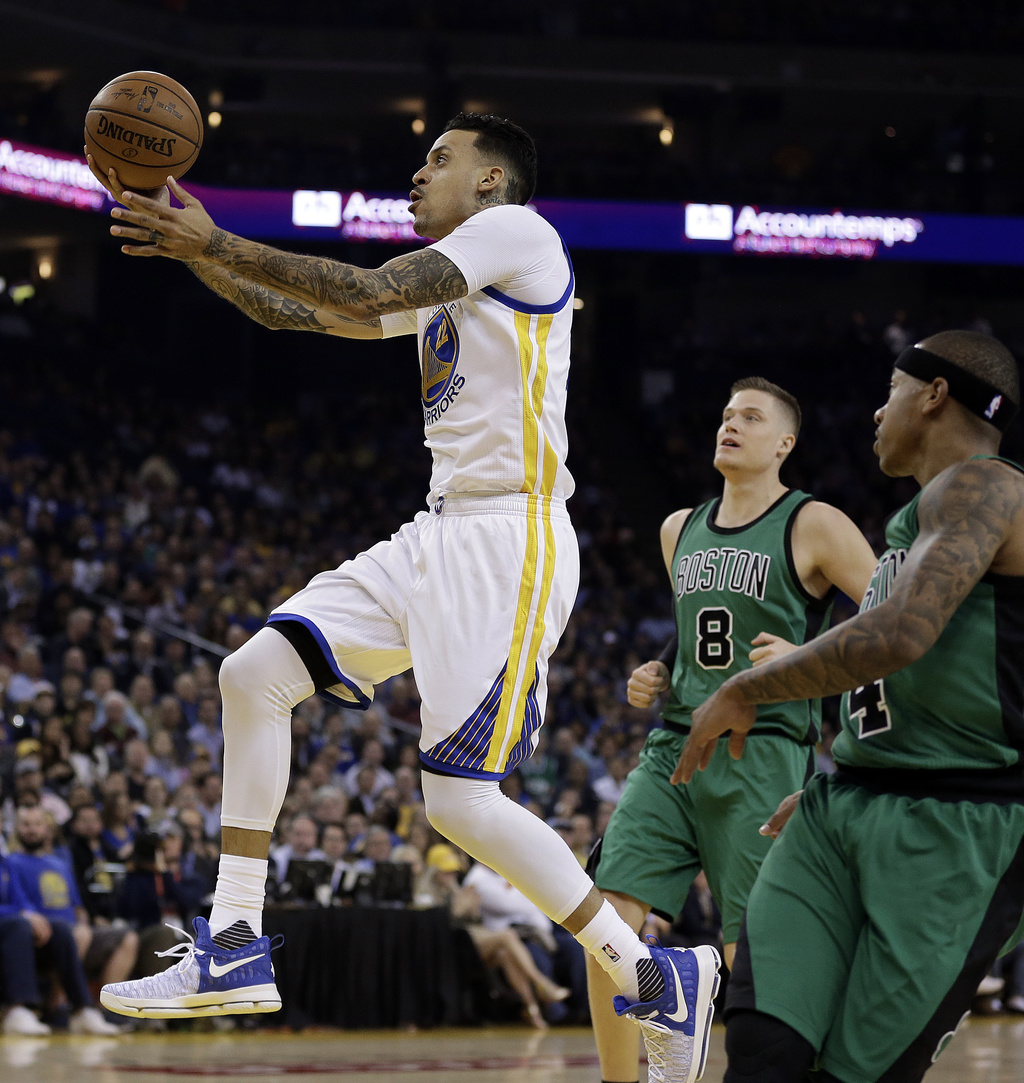 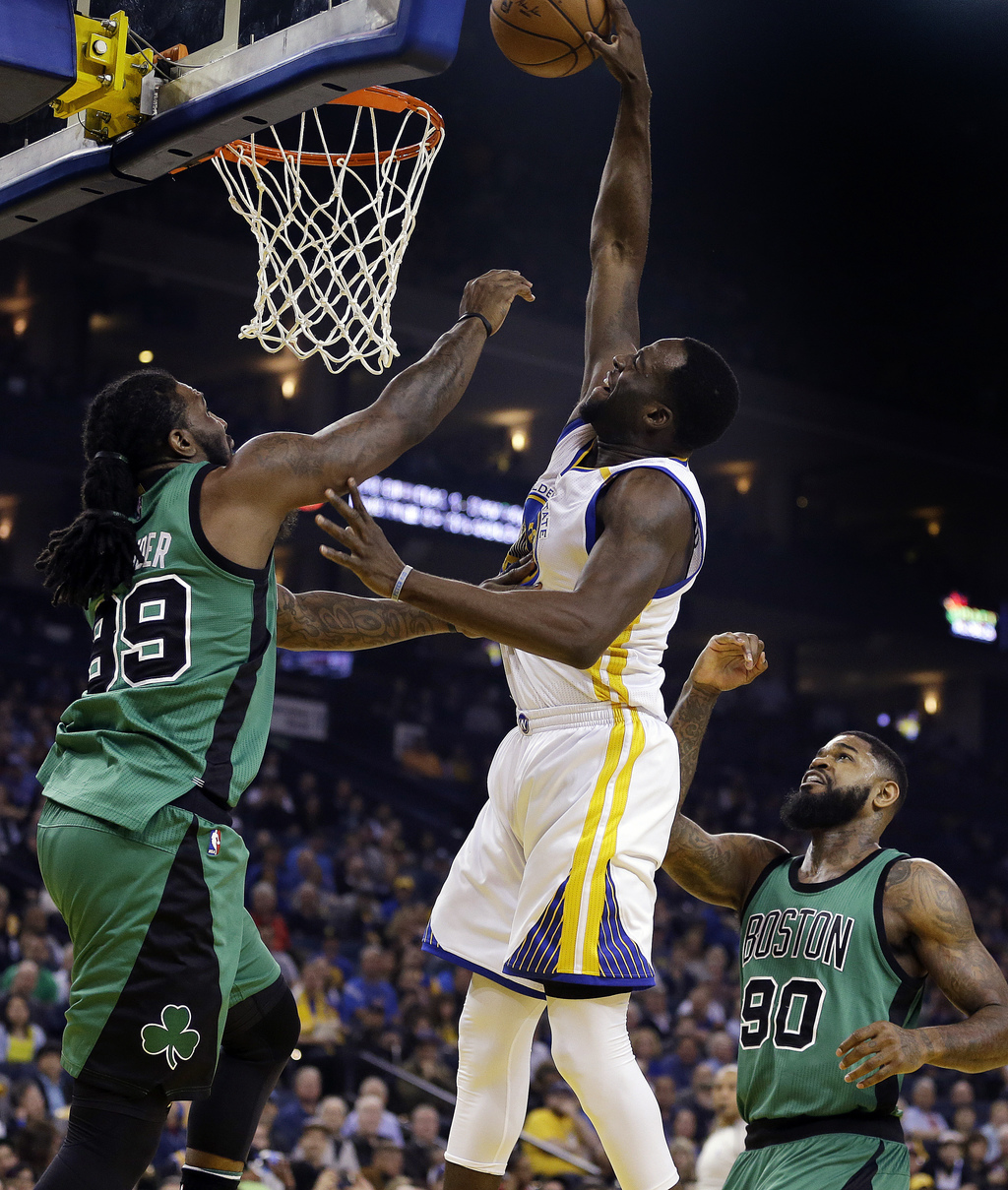 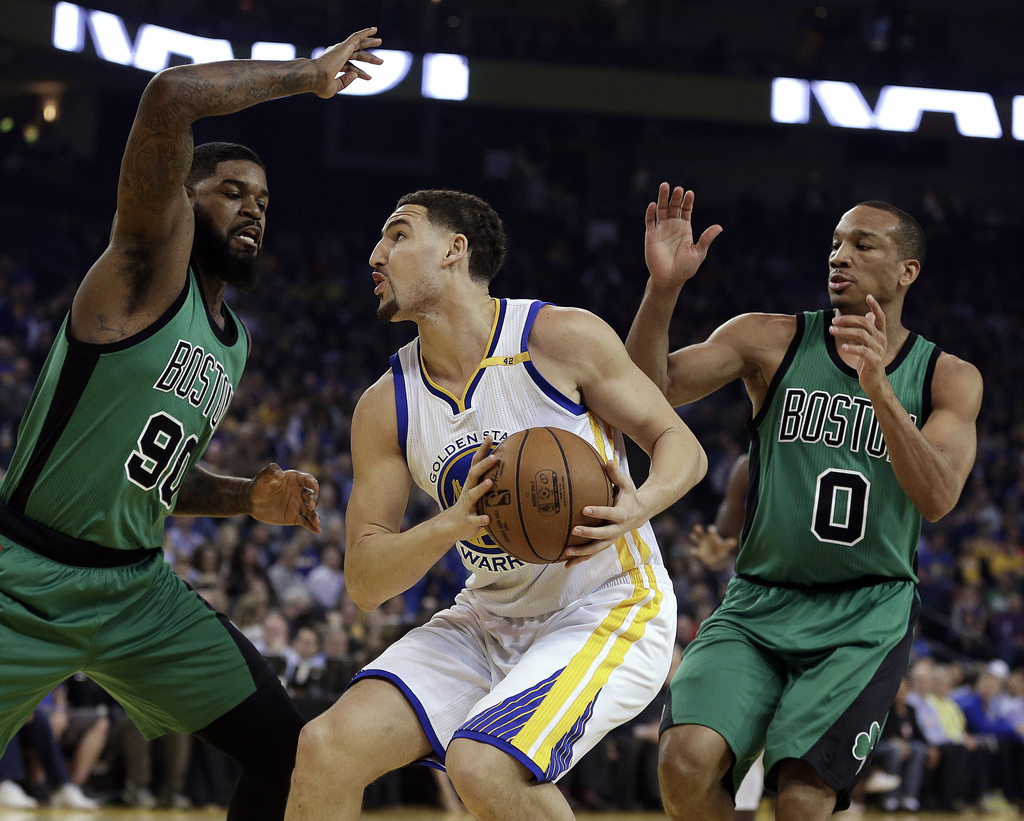 This time, they spoiled Golden State's lone appearance at Oracle Arena in a nearly three-week span.

Splash Brothers Stephen Curry and Klay Thompson combined to shoot just 4 for 17 from 3-point range as Golden State went just 6 for 30 from long range and struggled again without injured star Kevin Durant, who spoke before the game wearing a bulky brace on his injured left knee and using crutches.

"They did a good job of guarding the 3," Thompson said. "Teams know we can kill them from 3."

It was the Warriors' first home defeat against the Eastern Conference this season and fifth in all out of 26 matchups.

"We're in a tough spot in the schedule and with KD's injury. Everybody goes through this at some point in the season," Warriors coach Steve Kerr said. "You just make your way through and you let everybody else freak out and panic. You just keep your nose down, keep working and things work out."

Golden State took a 74-72 lead into the fourth quarter when Curry knocked down a buzzer-beating 3 to end the third over rookie Jaylen Brown, with the two-time reigning MVP pointing and celebrating at the young forward.

"I didn't say anything to anyone to be honest," Brown said. "I think my defense was doing the talking, I was playing good D until he beat me on that head fake."

Golden State trailed 76-74 with 8:41 remaining before Draymond Green came slashing through the key for a pair of one-handed slams in just more than a minute. Boston, which handed Golden State one of its two home losses last season with that 109-106 victory on April 1, kept answering every big play.

Jae Crowder knocked down a 3 for the Celtics and Golden State then committed two straight turnovers that led to four more points as Boston built its cushion to 90-79.

Green made a steal in his career-best 23rd straight game, the longest by a Warriors player since Curry did so in 33 consecutive outings in 2015-16.