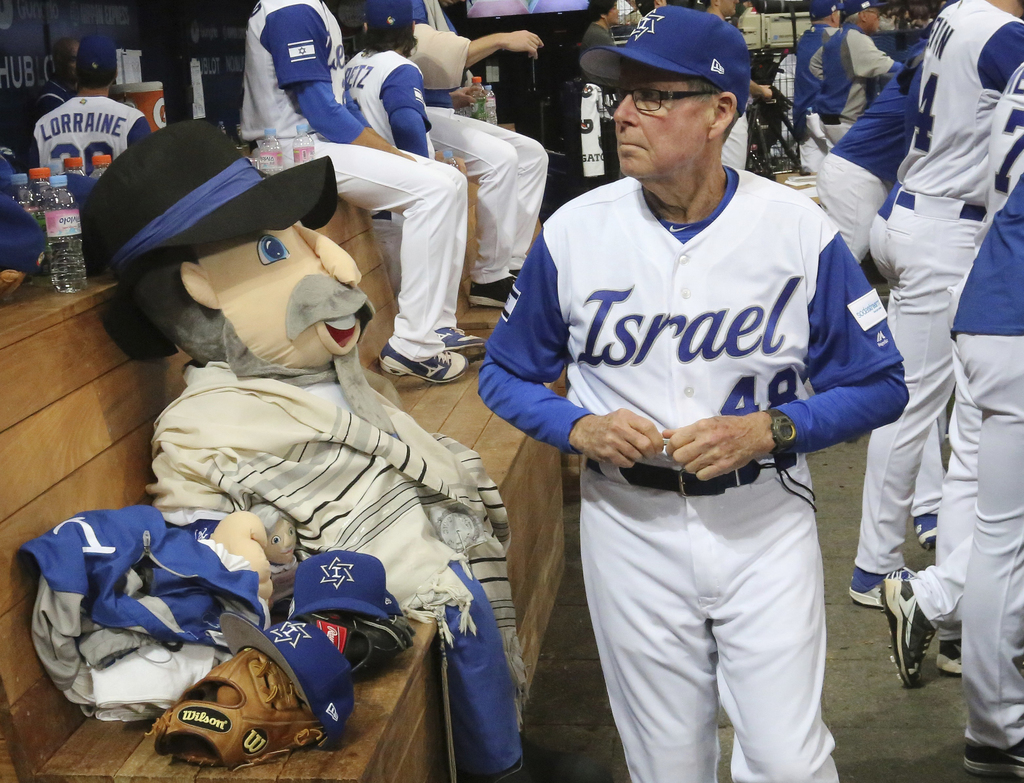 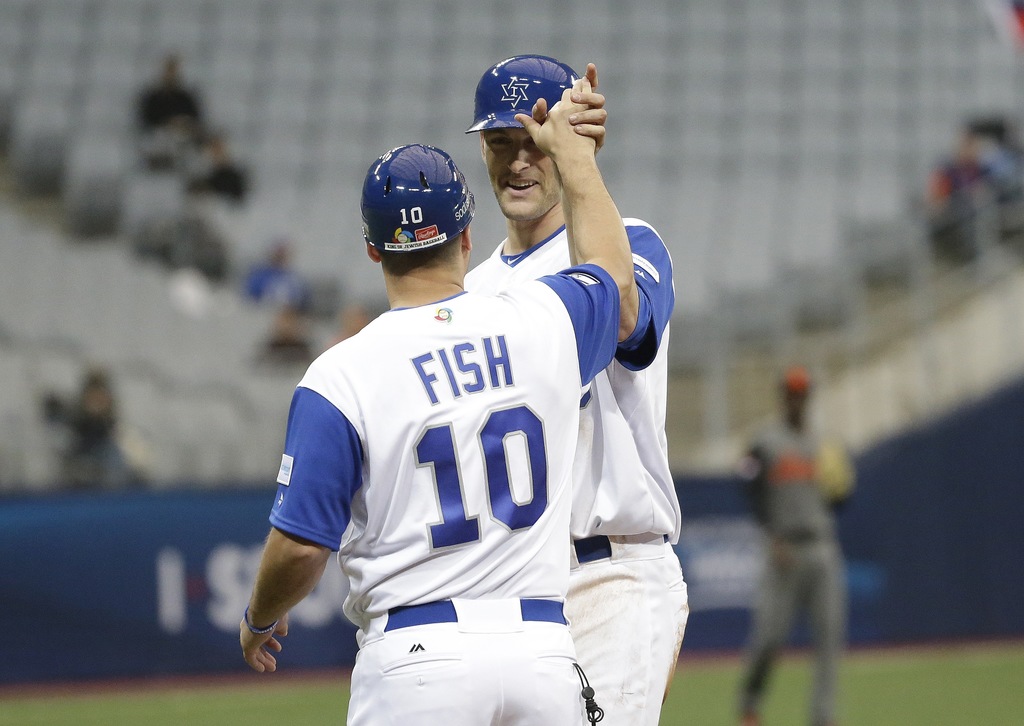 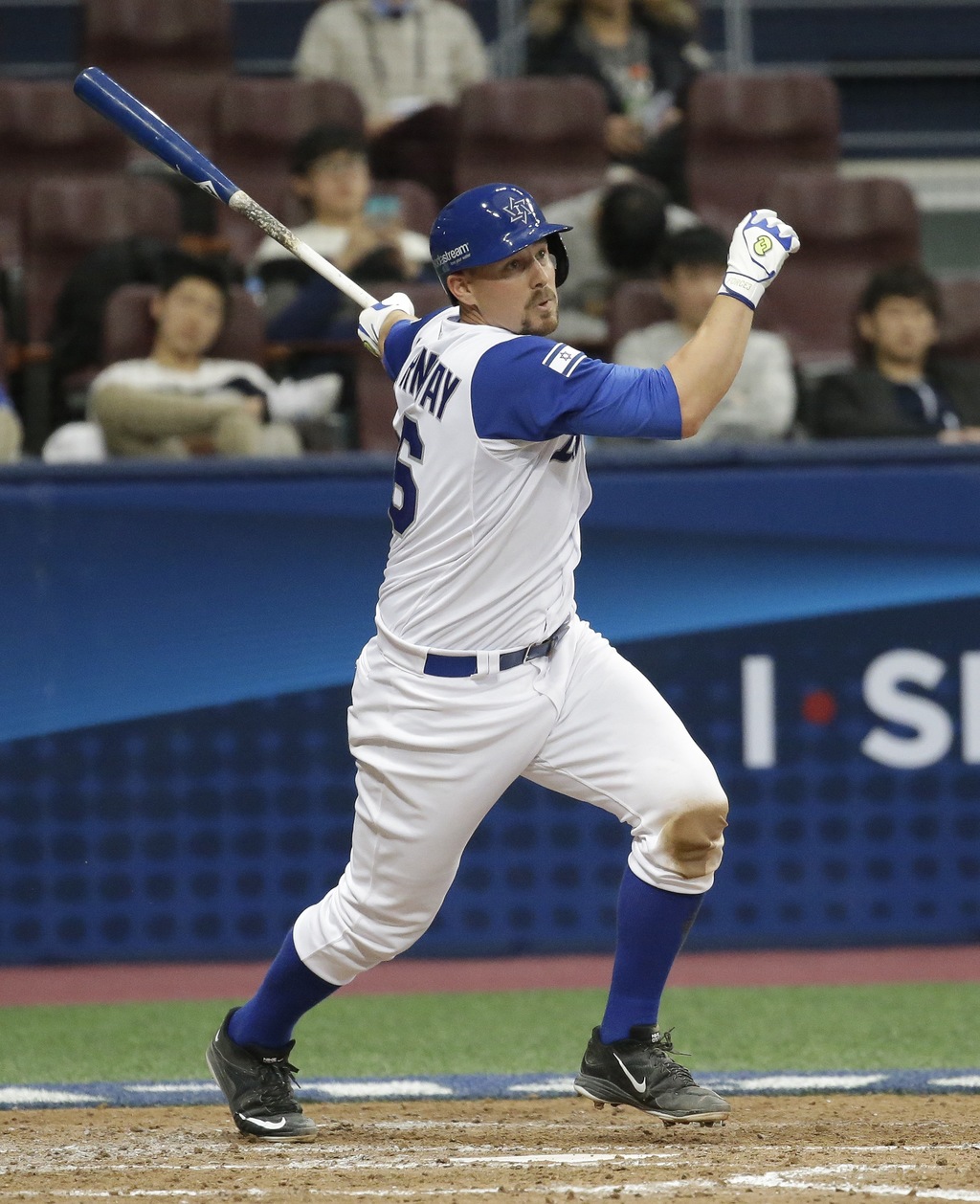 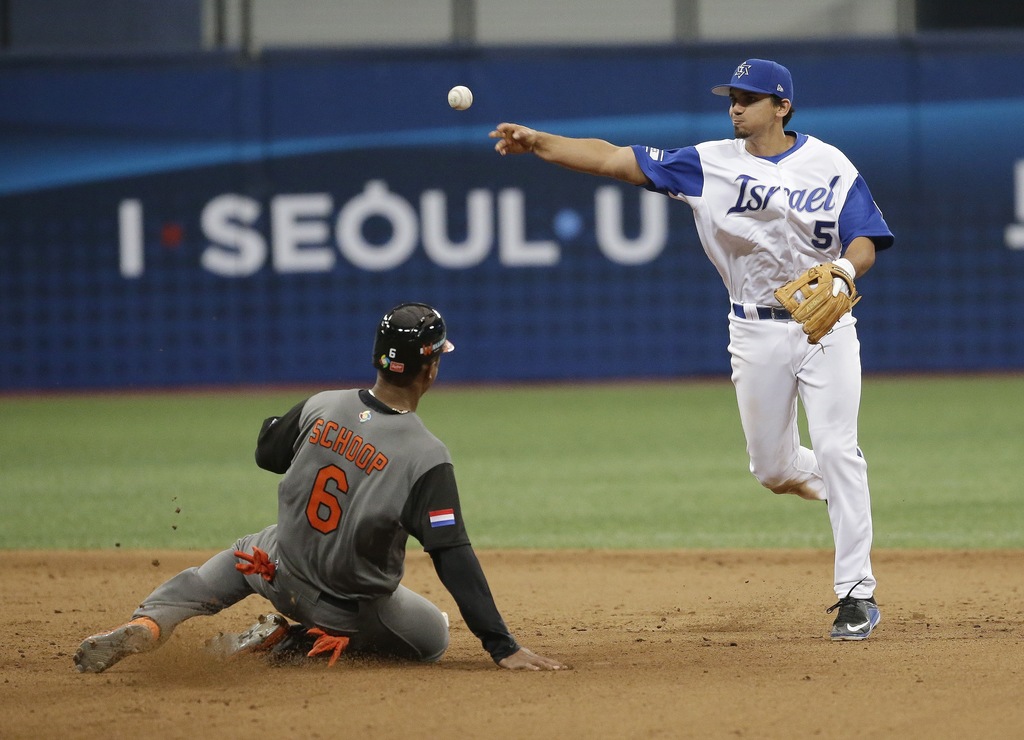 TOKYO (AP) — With a little help from "The Mensch on the Bench" mascot, Team Israel is into the second round of the World Baseball Classic.

Just 41st in the world rankings, Israel shocked third-ranked South Korea 2-1 in its opening game and then beat fourth-ranked Taiwan 15-7 on Tuesday. On Thursday, Israel beat the Netherlands 4-2 to finish in first place in Pool A with a 3-0 record.

Next up for Team Israel is the second round in Tokyo with a chance to advance to the semifinals.

South Korea won the bronze medal in the 2006 WBC and silver in the 2009 edition and was one of the pre-tournament favorites to win a medal again. Beating them on home soil was a huge upset.

"The only unknown was the caliber of the competition," Weinstein said. "We never doubted our ability. Our strengths are that we are a well-balanced team. We can pitch and have pitching depth; we have team speed, team power and can catch the ball. We're a very close knit group."

The team is getting some inspiration from its popular mascot. Infielder Cody Decker brought The Mensch with him from home and he's been a big hit in South Korea.

Mensch means a person of integrity or honor. The Mensch on the Bench started during Israel's qualifying round in New York.

"He's on the team," Weinstein said. "Everybody brings something to the team and certainly The Mensch is a unifying factor for the ball club."

Israel's roster is made up almost entirely of Jewish-American players with major or minor league experience. Some of the familiar names include pitcher Jason Marquis, formerly of the Cincinnati Reds, and catcher Ryan Lavarnway, who has MLB experience with Boston, Baltimore and Atlanta.

Then there is pitcher and Israel citizen Shlomo Lipetz, the only player on the roster with no MLB affiliation.

For some of the players — Josh Zeid, Nate Freiman, Nick Rickles and Ike Davis — the 2017 WBC will be their third appearance with Team Israel. They were all part of the team that narrowly missed qualifying for the 2013 WBC, and all played in the qualifiers in September.

The WBC's "heritage rule" states that players eligible for citizenship of a country may play on that country's team. This will be the first time that American Jewish baseball players will represent Israel in a world championship.

In January, eight members of the team visited Israel for a week to learn about the country and meet Israeli fans. They toured Tel Aviv, Jerusalem's holy sites, the Dead Sea, and met local Israeli baseball players.

Israel was the final country to qualify for the 2017 WBC and is making its first appearance in the tournament.

According to the Israel Association of Baseball, there are about 1,000 active baseball players in the country.

American immigrants started playing baseball in Israel in the 1970s. In December 1986, the Israel Association of Baseball (IAB) was formed as a nonprofit organization to develop and promote baseball.

The Israel Baseball League started in 2007 and features six teams: The Bet Shemesh Blue Sox, the Modi'in Miracle, the Netanya Tigers, the Petach Tikva Pioneers, the Ra'anana Express and the Tel Aviv Lightning.

Decker, who is currently in the Milwaukee Brewers organization, is hoping the team's success in the WBC will translate into a baseball boom in Israel.

"The growth of Israeli baseball over the past four years since the initial qualifier in 2012 has been huge," Decker said. "So who knows what it can be in another four years. We've done a lot with this and we're just hoping to keep it going."