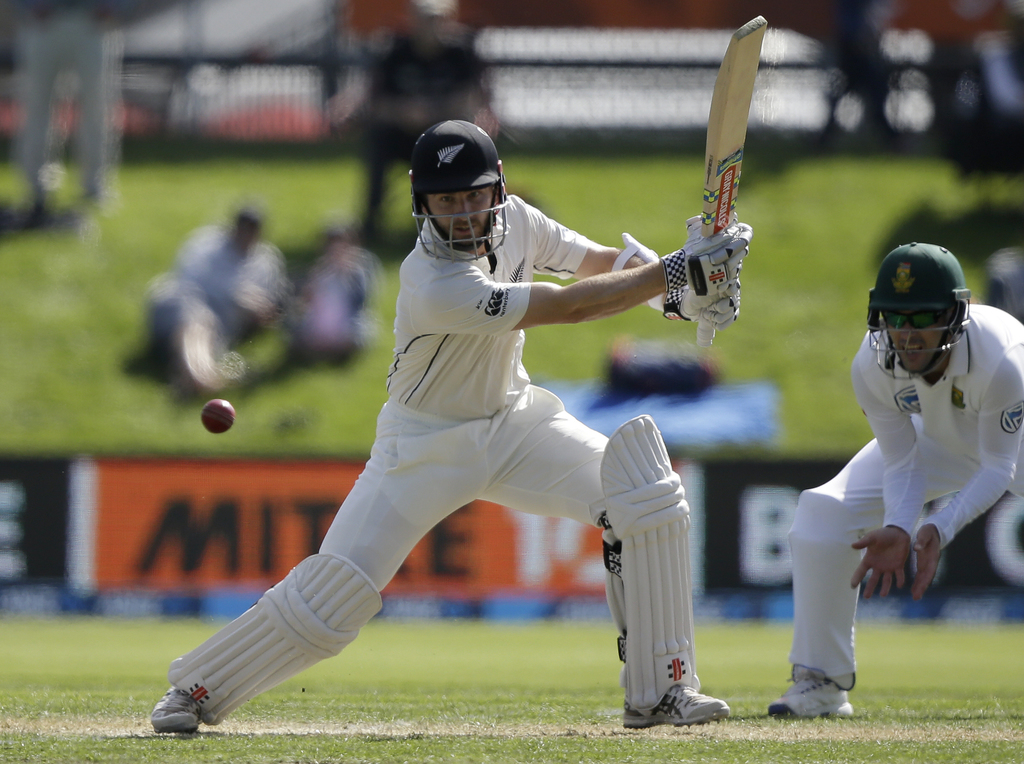 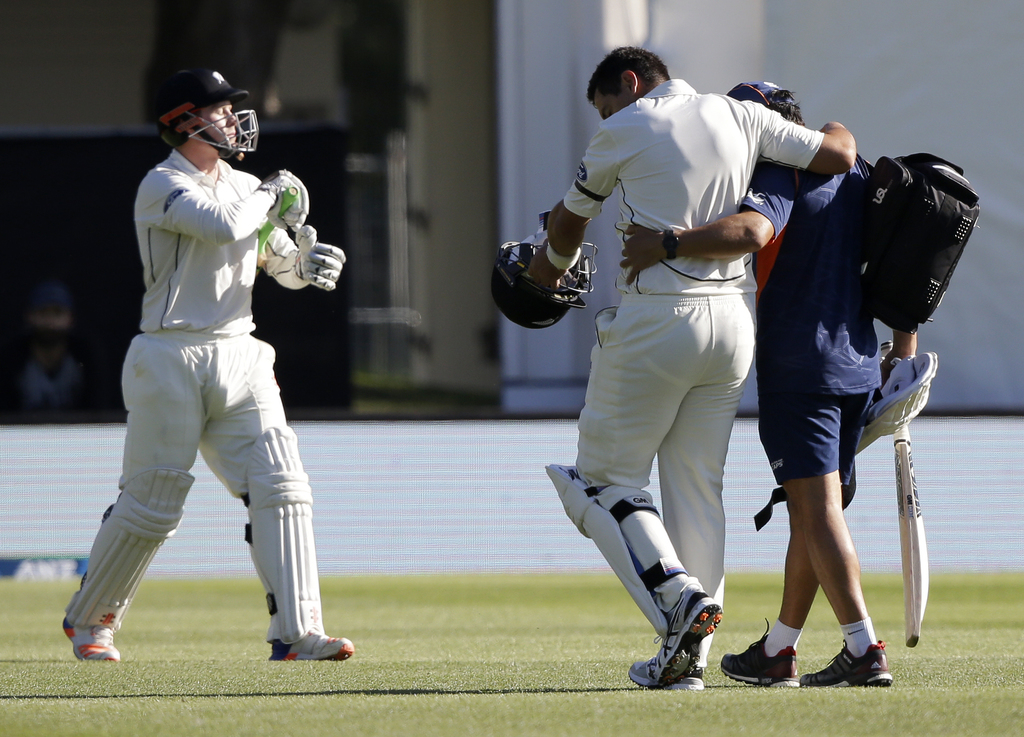 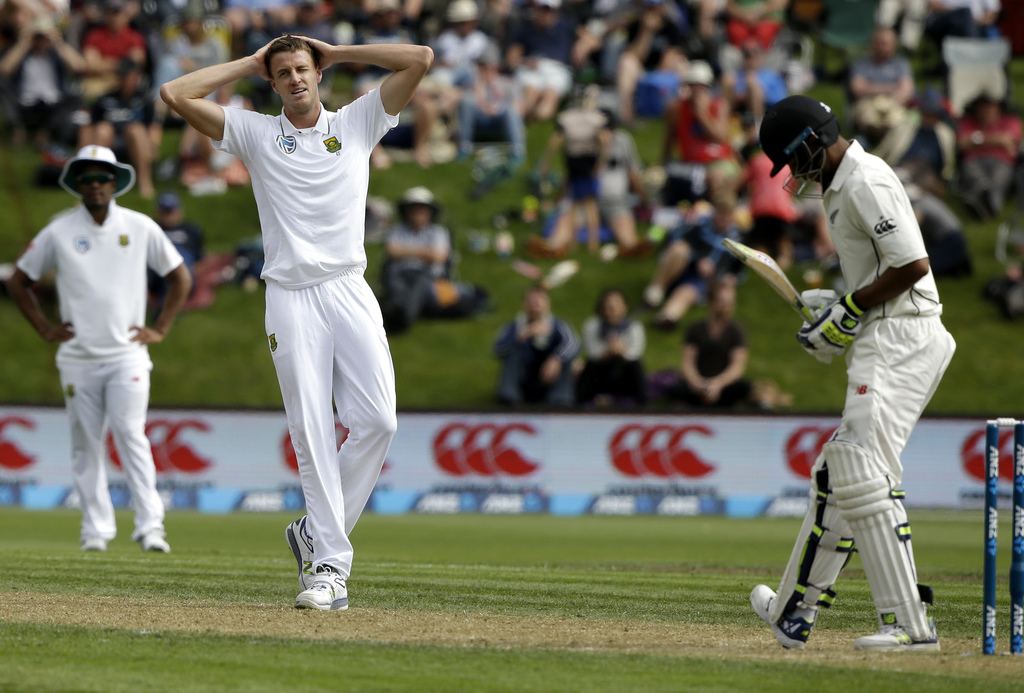 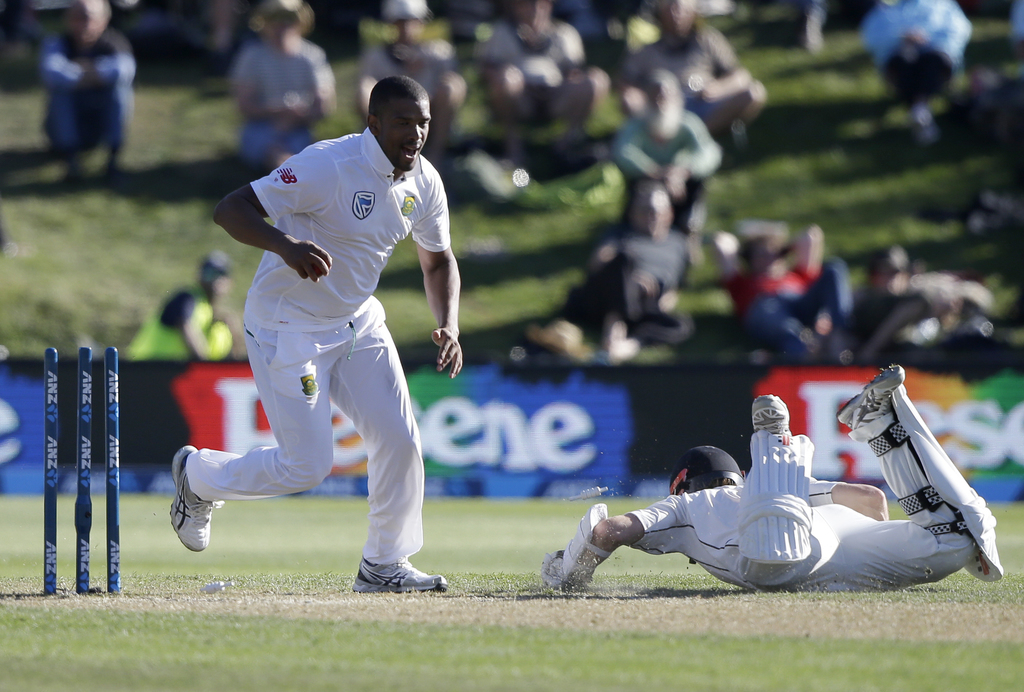 When stumps were drawn, New Zealand was 177-3, trailing South Africa by 131 runs after the tourists were bowled out for 308 following a lower order batting collapse.

The New Zealand captain Kane Williamson was 78 not out at the close, having shared a 102-run second wicket partnership with Jeet Raval (52), then a tense fourth wicket stand with nightwatchman Jeetan Patel (9 not out).

The Proteas started the day in a strong position at 229-4, with Dean Elgar unbeaten on 128 and Temba Bavuma on 38, but lost their last six wickets for just 56 runs to be dismissed for 308 shortly after lunch at University Oval.

Elgar added 12 runs in 50 minutes to his overnight score of 128, passing his previous test best of 129, before falling to his former schoolboy rival Wagner.

Wagner, who was born in South Africa and frequently played against Elgar in high school matches, dismissed Elgar with a short ball that caught the edge and flew to New Zealand wicketkeeper B.J. Wagner, breaking a 104 run partnership with Bavuma.

Bavuma reached his fifth half century in tests from 143 balls in just over three hours and looked likely to take over the anchor role before falling to Boult in sight of lunch, gloving a legside catch to Watling.

"I thought South Africa batted well yesterday and batted well this morning again, but as bowlers, we stuck at it and kept fighting. Finally we got a couple of breakthroughs and things started happening for us."

South Africa made a strong start with the ball in hand when Vernon Philander dismissed New Zealand opener Tom Latham for 10 in a superb opening spell but Williamson and Raval then dug in to rebuild the New Zealand innings.

The partnership ended when Raval was caught by Elgar off Keshav Maharaj, triggering a dramatic last hour as the shadows started to creep across the ground.

Ross Taylor retired hurt on 8 after tweaking a calf muscle then Henry Nicholls departed for 12, brilliantly caught by Hashim Amla from the bowling of Maharaj, who ended the day with with 2-57 from 16 overs.