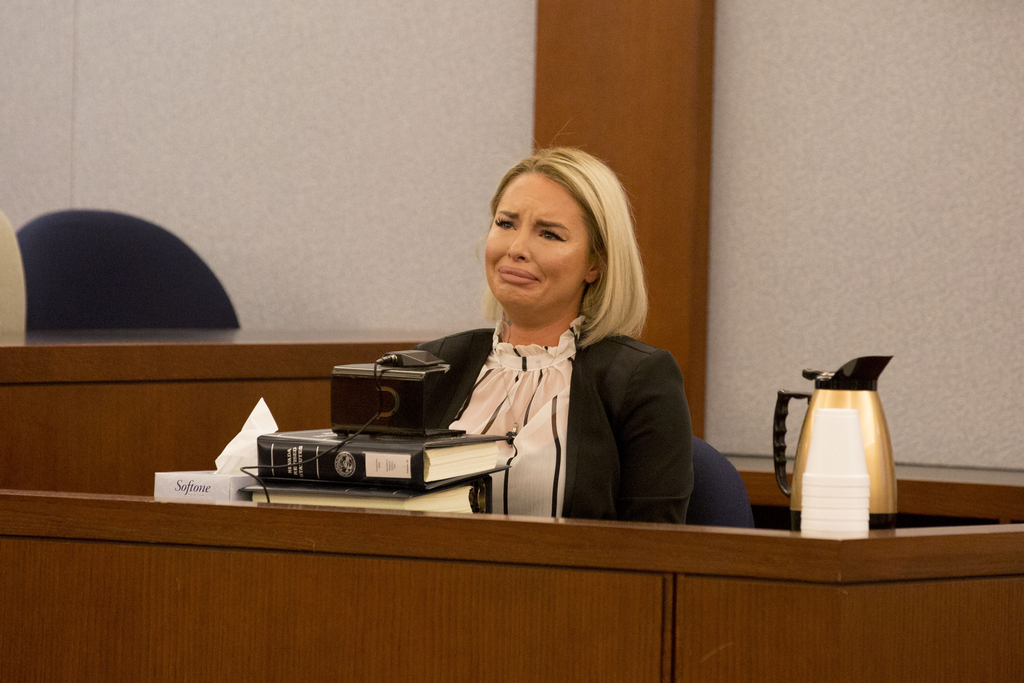 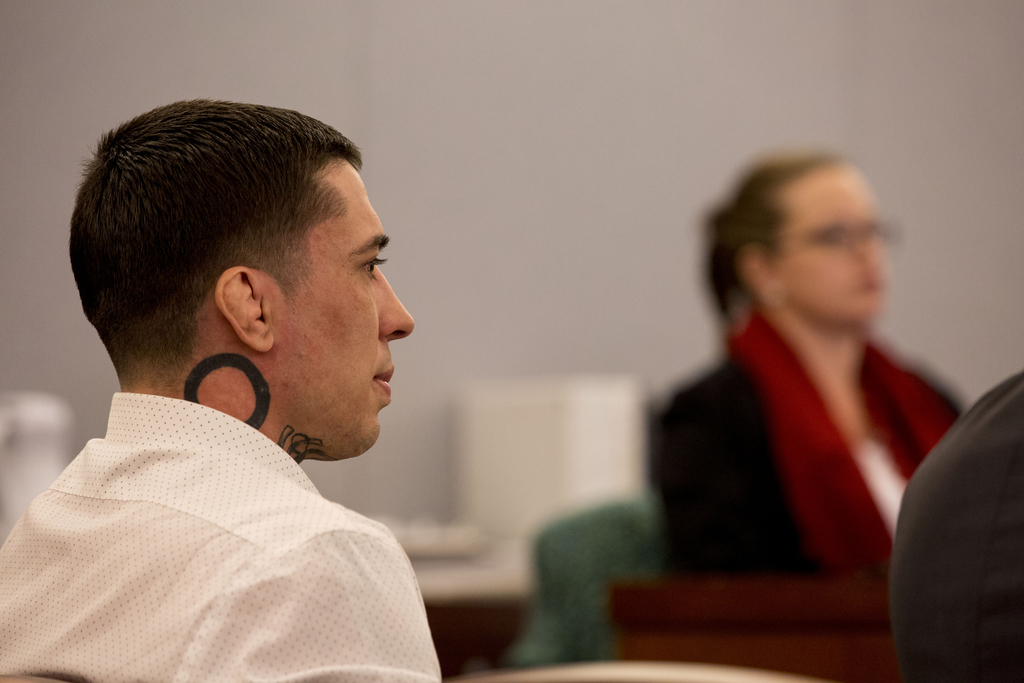 LAS VEGAS (AP) — A former adult film actress testified Wednesday that she was beaten several times and raped by her ex-boyfriend, former mixed martial arts fighter War Machine, in the months before he was accused of trying to kill her and her friend in August 2014.

Mack, whose legal name is Christine Mackinday, kept her eyes on prosecutor Jacqueline Bluth during questioning, and she focused elsewhere in the courtroom during breaks.

The Associated Press usually doesn't identify alleged victims of sexual assault, but Mack gave the AP permission to use her name.

Koppenhaver, now 35, had his name legally changed to War Machine during his 19-fight MMA career. He has gone by his birth name during trial.

He has pleaded not guilty to charges also including kidnapping, battery, sexual assault and coercion that could get him life in prison without parole in incidents before and during the alleged attack on Mack and a man she dated, Corey Thomas.

Some of the 34 felony charges against Koppenhaver stem from allegations that he slammed Mack's face into the dashboard after she tried to get out of a vehicle he was driving during an argument in February or March 2014. Mack said she suffered a black eye, cut nose, a bite mark on her chin and a chipped tooth.

Mack sobbed on the witness stand, recalling Koppenhaver saying, "Now I have to kill you because people saw you trying to escape. Now I have to take you out to the desert and kill you."

A few minutes later, she sobbed again as she provided graphic detail about Koppenhaver ignoring her protests — "I don't want you to do this. Leave me alone!" — and forcing her into sex in May 2014

When she retreated crying afterward to the shower, Mack said Koppenhaver came in the bathroom and yelled at her, asking what was wrong with her.

Mack, 25, will face cross-examination from Koppenhaver's attorney, Jay Leiderman, when she returns to the witness stand on Thursday.

She is expected to testify she escaped bleeding and naked from her home in August 2014, fearing that Koppenhaver was fetching a knife to finish her off after an attack that left her with a broken nose, missing teeth, fractured eye socket, leg injuries and a lacerated liver.

Leiderman told the jury on Monday that Mack had rape fantasies, and she invited Koppenhaver to surprise her.

The defense attorney didn't deny the August 2014 fight took place. But he blamed a mutual co-dependence between War Machine and Mack that revolved around constant attention, sex and internet personas that exploded into violence.