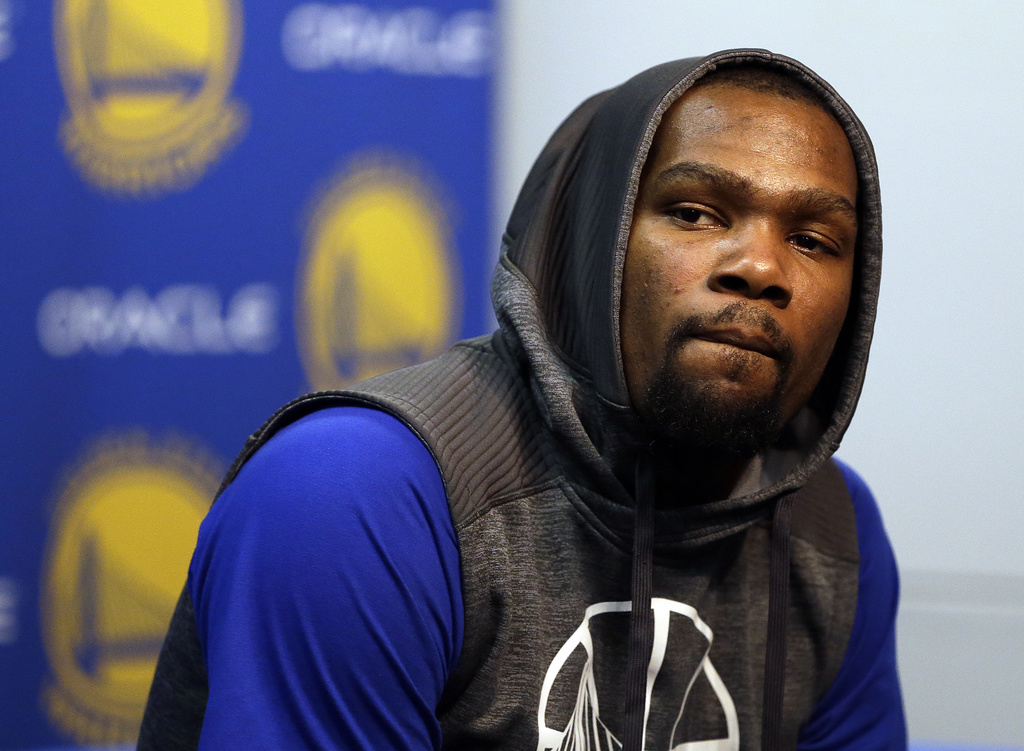 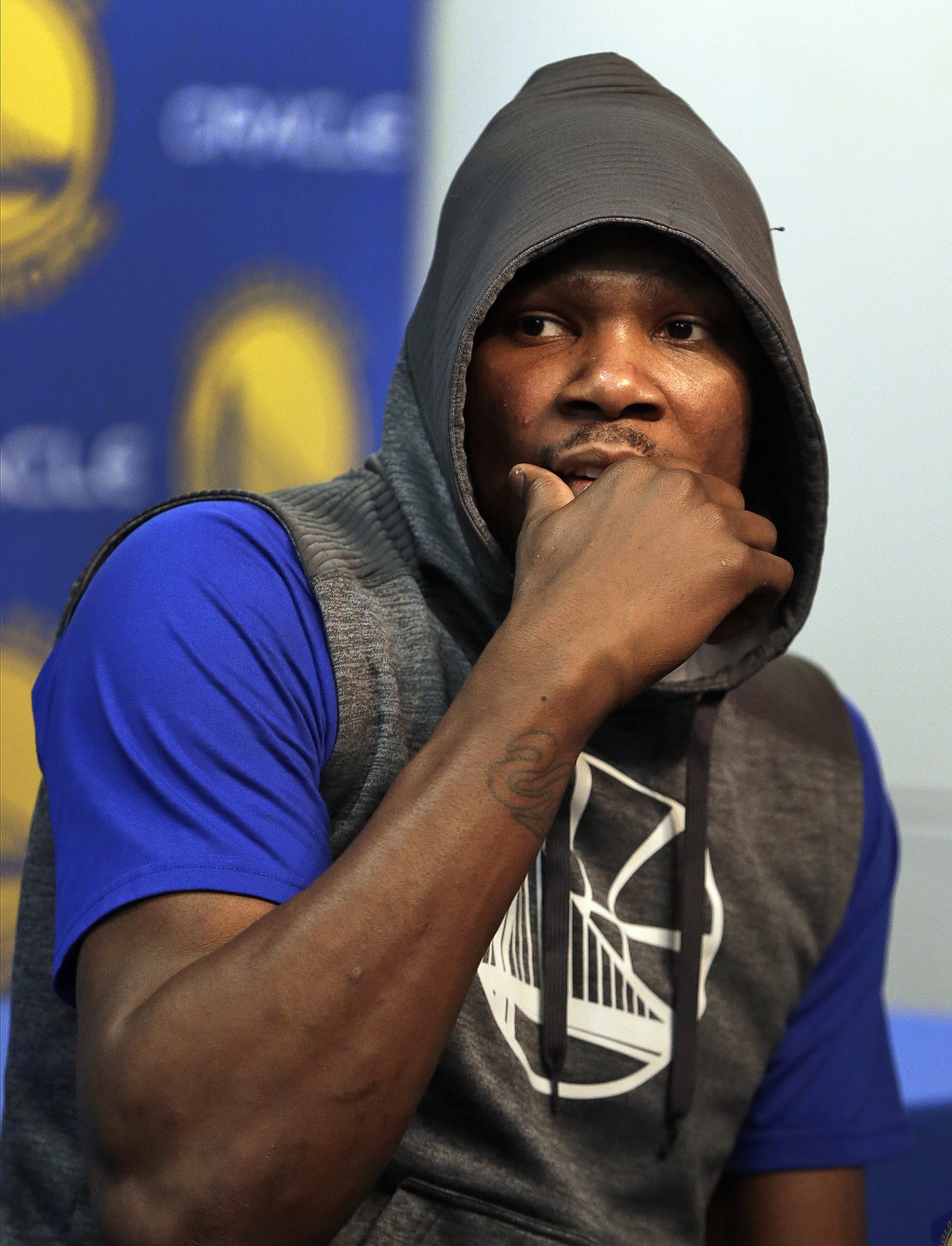 OAKLAND, California (AP) — Kevin Durant is riding a stationary bike as part of his rehabilitation from the injured knee and leg and doing well, yet Golden State coach Steve Kerr said it still could be close to a month before the superstar forward is re-evaluated to determine his status.

Durant returned to the Bay Area from the Warriors' East Coast road trip after getting hurt in a loss at Washington. He hyperextended his knee early in the 112-108 defeat Feb. 28 and later underwent an MRI exam, which revealed a Grade 2 — or moderate — sprain in the knee as well as a bruised tibia.

"It could have been a lot worse," Durant said, noting he briefly received a diagnosis it was far more serious. "I hurt my knee. A lot of guys go through this throughout a season, a lot of injuries. It's nothing for anybody to be concerned about. I got a boo boo playing basketball. It is what it is, man. So I'm OK. My spirits are good, my family's good, I'm doing what I love to do every single day."

Kerr checked in by text message regularly with Durant, then spoke to him by phone Tuesday once the team returned to Oakland. The Warriors were only home briefly, however, playing Wednesday night against Boston before heading back out of town for games at Minnesota on Friday and at San Antonio on Saturday.

"I just talked to him, he was on the bike breaking a sweat," Kerr said before the game. "He says he feels good. It's only been I guess less than a week, so not really anything to report because it's a good month before re-evaluate. So, he's doing as well as possible."

Last week, the team said Durant would be re-evaluated four weeks after the injury, so if he were fully healthy then it would leave about two weeks remaining in the regular season. Kerr's timeline Wednesday made it sound like it could be for the final week before the playoffs if all goes smoothly in Durant's recovery.

Durant isn't putting a timetable on when he could be healthy.

Durant was leading the team in scoring and rebounding with 25.3 points and 8.2 boards along with 4.8 assists in his first season with Golden State.

"I think everybody is touching base with him hoping that his spirits are good, and they seem to be," Kerr said. "Really in the grand scheme of things, as I told him, six weeks goes by pretty quick. He's got a long life ahead of him. It'd be great if we could get him back the last week of the regular season or so. We'll just have to wait and see."

The Warriors, who began the night at 52-11 and with the NBA's best record, spent the early stretch of the season adjusting to Durant's big presence on both ends — and now they are figuring out how to keep in a groove without him.

"We know what he brings to the table every night," Stephen Curry said at shootaround earlier in the day. "He had only missed one game up until his injury, so different rotations, a couple different play calls that we don't run now because they're catered to kind of just getting him to a scoring spot. For the most part our identity it is what it is and it's always been that way."

Durant has been watching games from his couch and yelling at the TV on occasion. He sets daily goals in his recovery, such as last week's chore of straightening out his leg to gain range of motion. Strengthening will come along slowly, too.

Seeing his teammates and being at Oracle Arena on Wednesday night was a nice boost, because "I didn't feel like an NBA player this last week."

"Mentally I'm good, I'm in a good place," he said. "I'm not playing right now, which is tough because I love to play, but I'm getting better day by day and I'll be out there as soon as I'm ready to play."