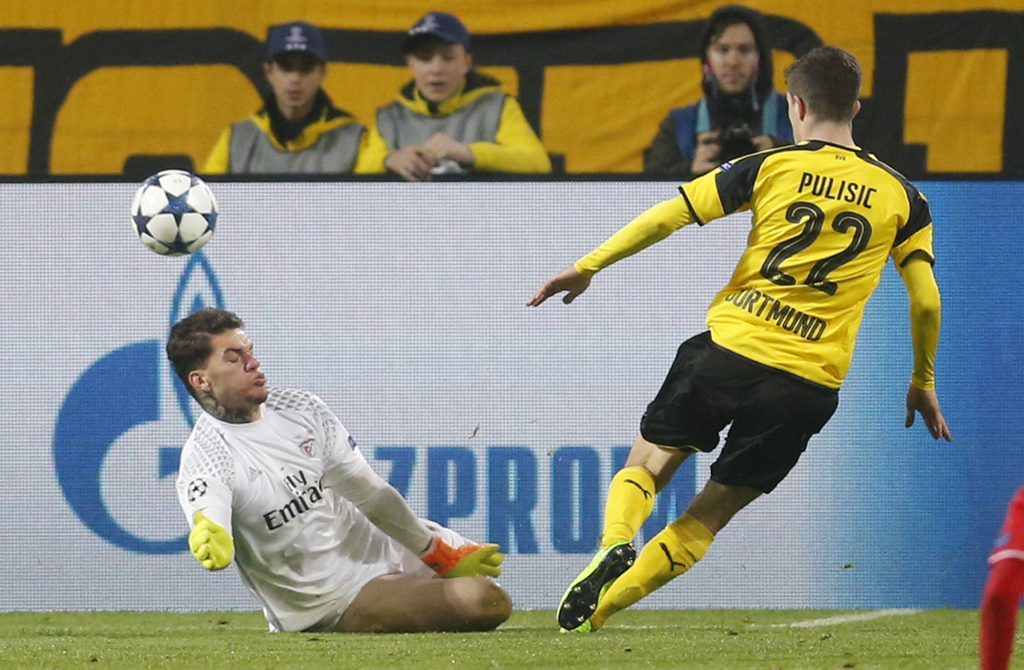 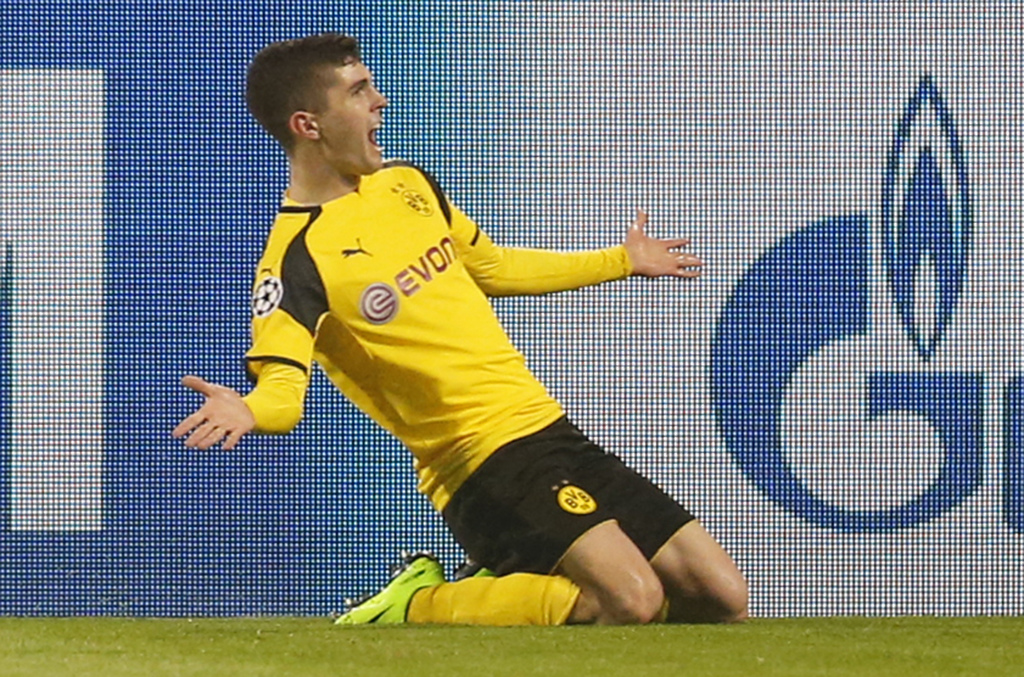 The 18-year-old midfielder from Hershey, Pennsylvania, chipped the ball over onrushing goalkeeper Ederson from 7 yards in the 59th minute, giving the hosts the aggregate lead in a 4-0 win over Portugal's Benfica on Wednesday night. Dortmund overcame a 1-0 deficit from the first leg for a 4-1 win in the home-and-home, total-goals series.

Pulisic also assisted on the first of Pierre-Emerick Aubameyang's three goals, flicking Ousmane Dembele's corner kick to the far post for the fourth-minute goal that tied the matchup.

Pulisic' goal came when he ran onto Lukasz Piszczek's through pass and scored with a right-footed shot from just to the side of the 6-yard box.

Pulisic signed with Dortmund two years ago and made his Bundesliga debut on Jan. 30 last year. He had two goals in 12 appearances, becoming the youngest foreigner to score in the Bundesliga, and has three in the league this season along with five assists.

Pulisic had gone 12 games without a goal before entering Saturday's game against Bayer Leverkusen when Marco Reus injured a hamstring in the first half. Pulisic scored the fourth goal in a 6-2 win and also had an assist.

"I think he started five games for us in the group phase. That wasn't a present. He earned it," Dortmund coach Thomas Tuchel said. "He has a brilliant mentality and he shows it all the time in training."

On a Facebook chat earlier Wednesday, a fan asked U.S. coach Bruce Arena to compare Pulisic with Landon Donovan, the U.S. career scoring leader and at 20 a star for Arena's 2002 World Cup team.

"I think they're both technically very good players," Arena said. "They run very well with the ball and also for their age they are and they were incredibly confident players. So I think there are some similarities."

"I just try and go out every game and play with confidence and enjoy myself," Pulisic said. "And that's what I did today. So I just have fun with it."