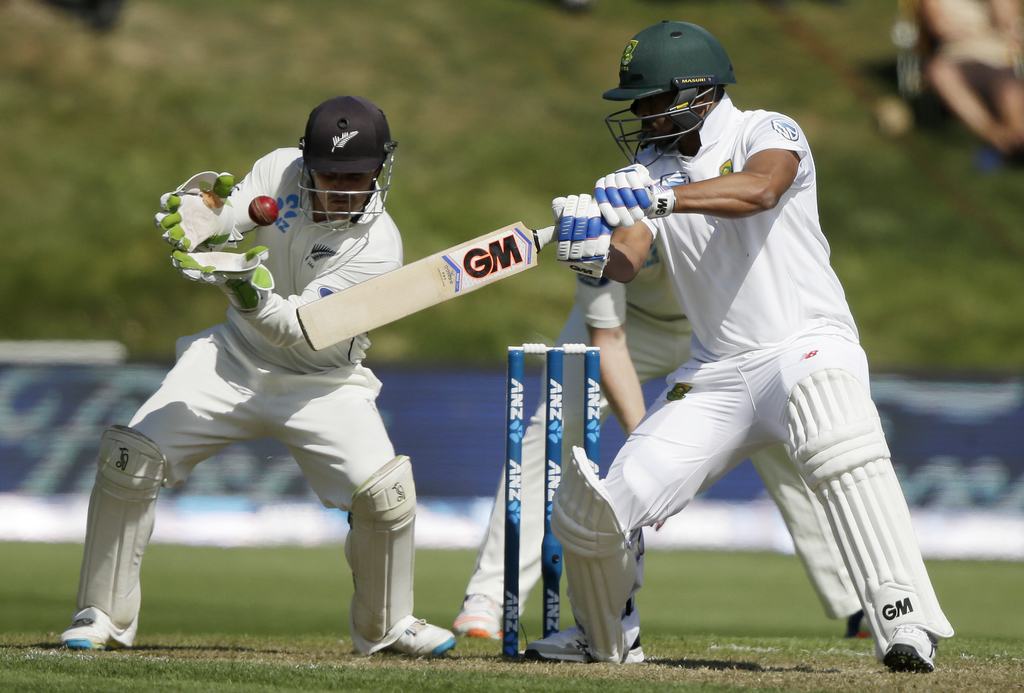 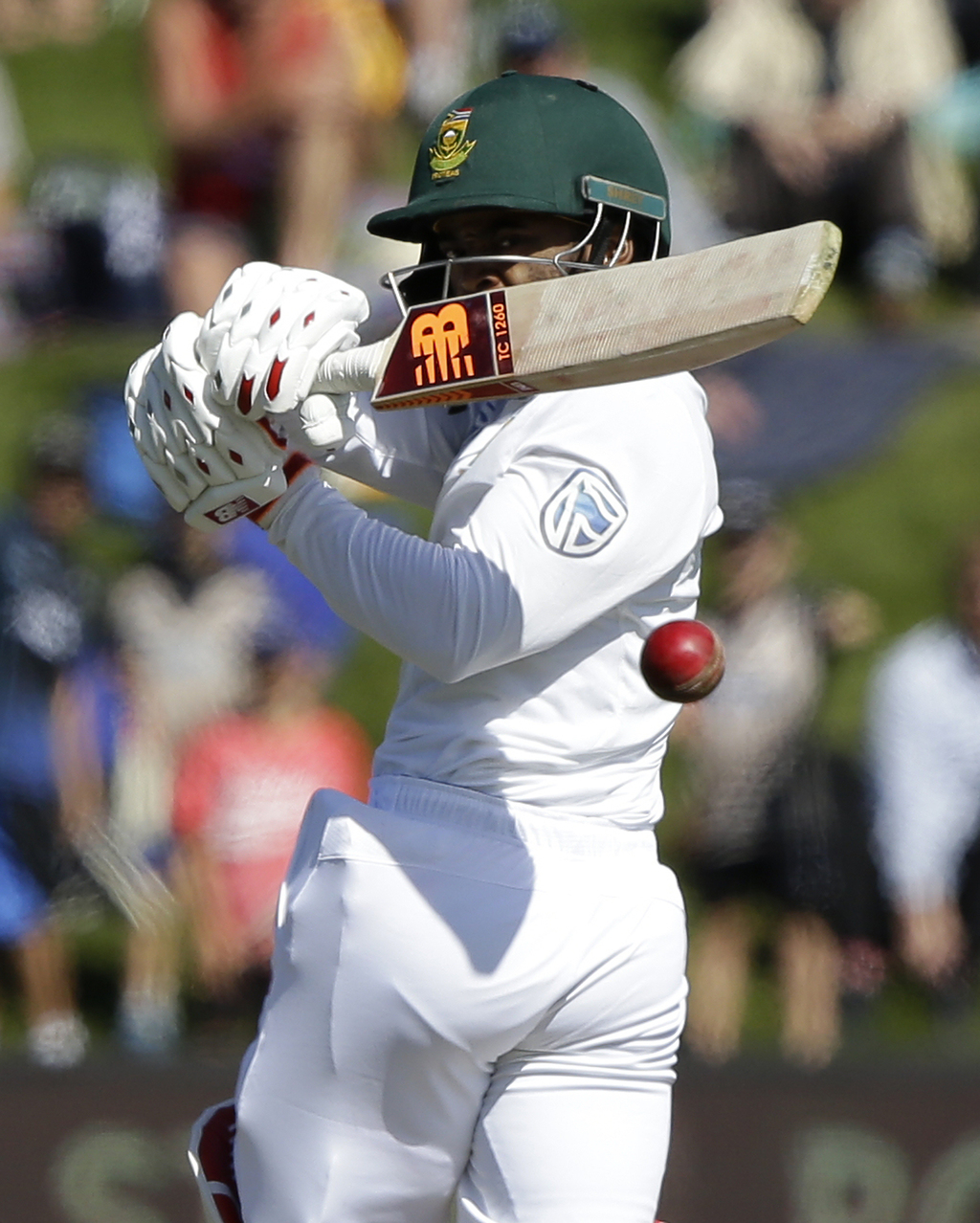 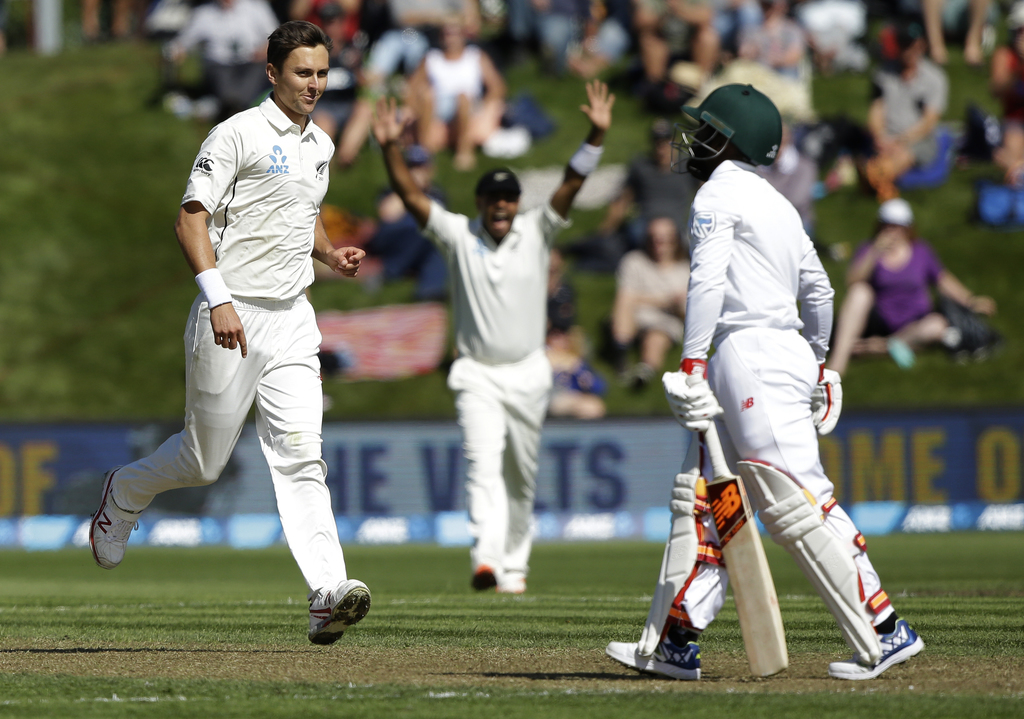 DUNEDIN, New Zealand (AP) — Dean Elgar posted his highest test score Thursday before South Africa lost four quick wickets for 72 runs to be 301-8 at lunch on the second day of the first test against New Zealand.

In addition to Elgar, South Africa also lost the wickets of Temba Bavuma (64), Quinton de Kock (10) and Keshav Maharaj (5), leaving Vernon Philander (16 not out) and Kagiso Rabada (2 not out) to carry on.

Elgar added 12 runs in 50 minutes to his overnight score of 128, passing his previous test best of 129, before falling to his former schoolboy rival Neil Wagner.

Wagner, who was born in South Africa and frequently played against Elgar in high school matches, dismissed Elgar with a short ball that caught the edge and flew to New Zealand wicketkeeper B.J. Wagner, breaking a 104 run partnership with Bavuma.

Bavuma reached his fifth half century in tests from 143 balls in just over three hours and looked likely to take over the anchor role before falling to Trent Boult in sight of lunch, gloving a legside catch to Watling.

De Kock fell to New Zealand off-spinner Patel, bowling with the new ball. The 36-year-old right-armer caused a ball to drift away from de Kock, who was caught by Wagner, diving forward at backward point.

Maharaj also fell to Boult just before the end of the morning session, undone by a short delivery which he tried to pull but succeeded only in guiding to James Neesham at mid-wicket.