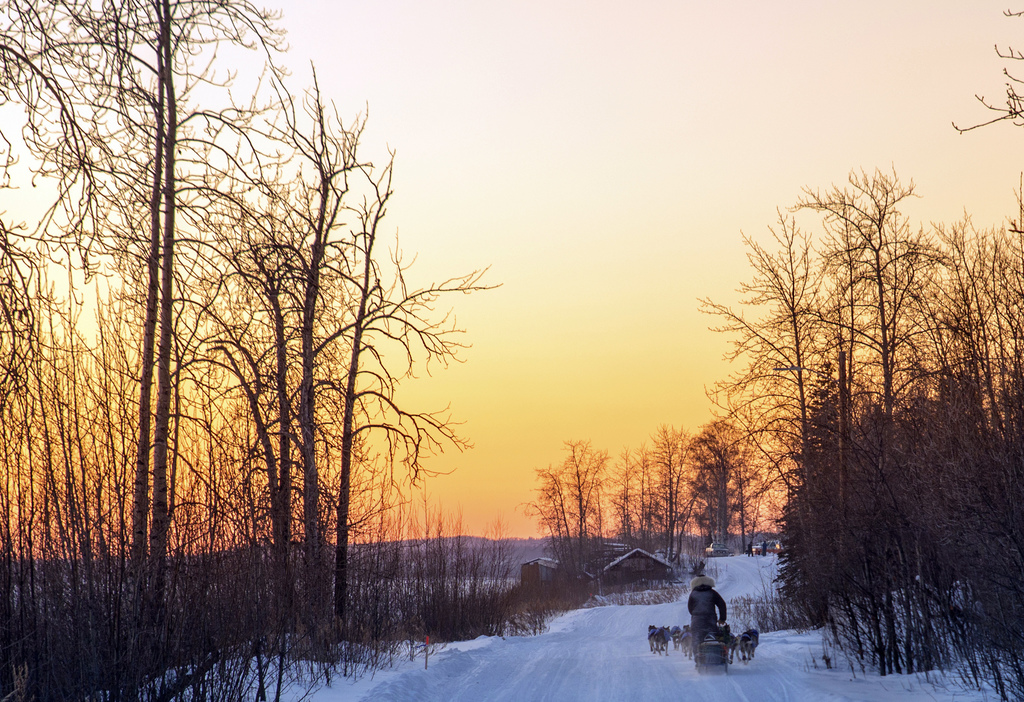 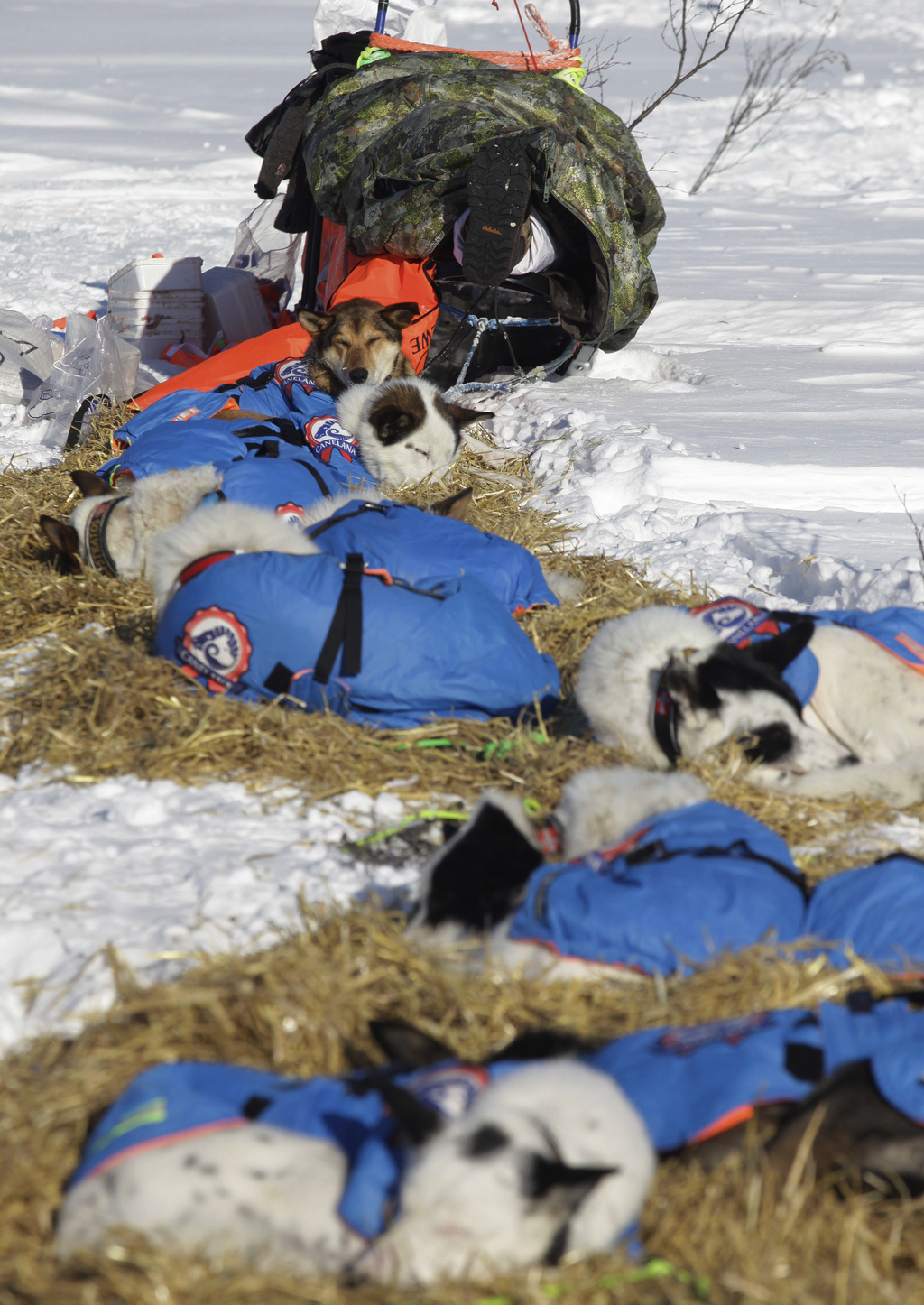 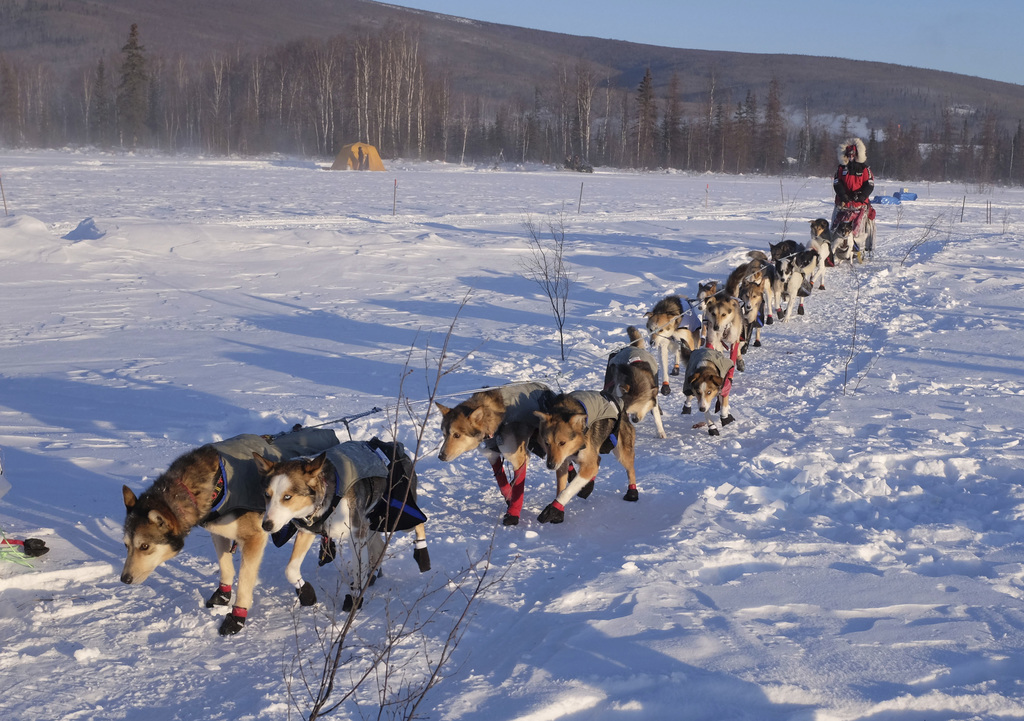 ANCHORAGE, Alaska (AP) — Mushers are jockeying for the early lead in the world's most famous sled dog race.

Wade Marrs, a 26-year-old veteran who had his highest finish at fourth last year, was the first to leave the Iditarod Trail Sled Dog Race checkpoint in Tanana on Tuesday.

He departed just ahead of four-time champion Dallas Seavey and Pete Kaiser.

Rounding out the top five are two-time winner Mitch Seavey and Nicolas Petit, a native of France who lives just south of Anchorage.

Petit was fêted Tuesday for being the first musher to reach Tanana and the Yukon River. A chef flown in from Anchorage prepared a five-course meal, featuring cioppino and roast duck, served with champagne.

The winner of the nearly 1,000-mile race across Alaska is expected in Nome early next week.

This story has been corrected to say Nicolas Petit reached Tanana on Tuesday, not Monday.