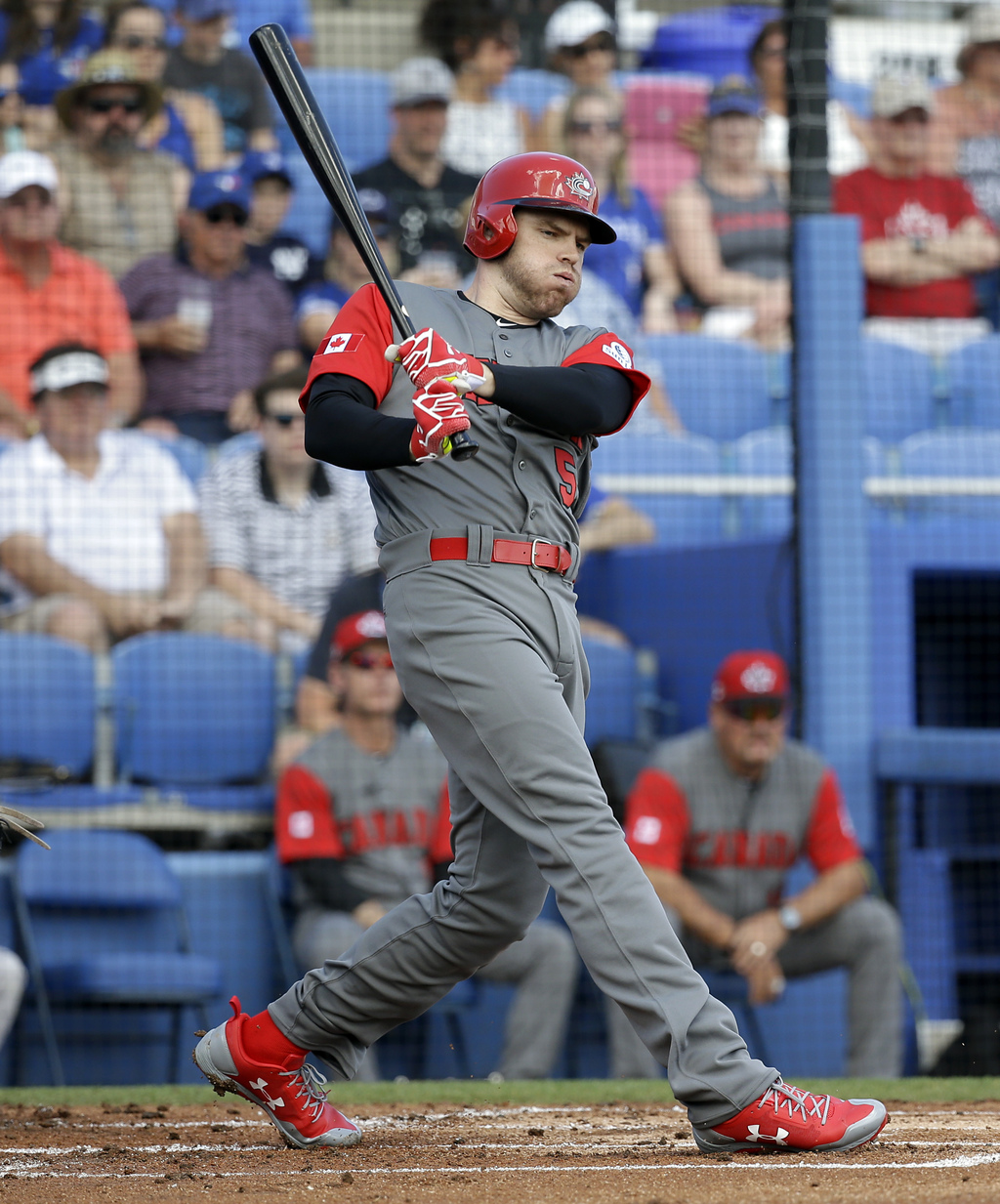 TAMPA, Fla. (AP) — Freddie Freeman was born and raised in Southern California and blossomed into a star with the Atlanta Braves.

Starting this week, he's proudly playing in World Baseball Classic. For Canada — and for a special reason.

The All-Star first baseman is honoring his mother, Rosemary, who died of skin cancer when he was 10.

"Every day here, it's about my mom because I'm doing this for her," Freeman said this week. "My mom never became a U.S. citizen, she was Canadian through in through. It's pretty special."

The 27-year-old Freeman made his debut with Canada on Tuesday in an exhibition game against the Toronto Blue Jays that Canada won 7-1. He looked skyward following the playing of the Canadian national anthem.

"Hearing the anthem had a little extra meaning to me," Freeman said.

Freeman can play for Canada because of a WBC rule that allows a player to compete for a country if at least one parent was born in that country.

Freeman's father, Fred, will be attending Thursday's game. He also was born in Canada.

"It's going to be a special day, not only for me but it's some thing to be able to share with my dad," Freeman said.

Freeman had a gleam in his eyes when he talked about his mother, about they'd play catch and she would glove the ball with her left hand, then take off the mitt and throw the ball back left-handed.

"I like telling these stories because telling the memories I have of her, that makes her live on," Freeman said. "It's nice just to be able to talk about her."

Freeman had the day off Wednesday as Canada lost its second and final tuneup game 10-4 to the New York Yankees.

"It's no fun to face Chapman any way you look at it," Canada manager Ernie Whitt said.

Infielders Justin Morneau and Pete Orr will being joining an exclusive group of players to participate in all four World Baseball Classic tournaments.

"It's a superstar team," Whitt said. "Hopefully we can keep them off-stride a little bit, change up their timing on the hitting part of it. I'd like to score early and then see how they handle the pressure of being behind."

Dempster, who last pitched in the majors in 2013, is taking time off as Chicago Cubs special assistant.