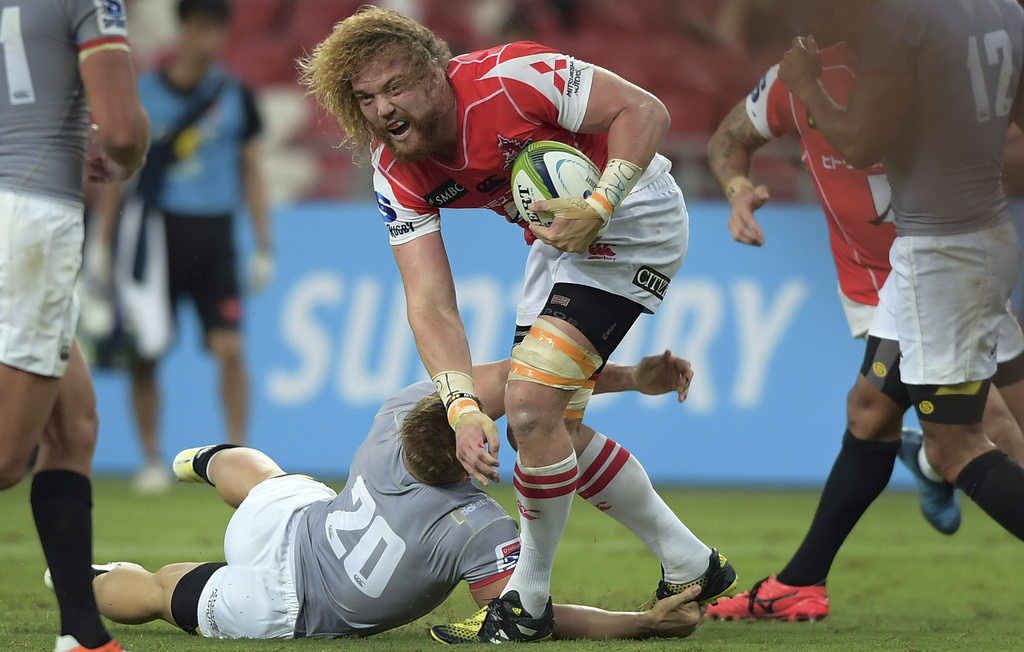 WELLINGTON, New Zealand (AP) — Australia's desire to keep five teams in the Super Rugby tournament isn't being helped by their poor performance so far this season.

No Australian team has managed to win two matches in the first two rounds of this season's competition and only one, the Queensland Reds, has won against a team from another conference.

The governing body for the tournament, SANZAAR, meets later this week in London to discuss, among other items, the future makeup of the southern hemisphere competition. There have been suggestions that Australia cannot support five teams, and the Melbourne Rebels and the Perth-based Western Force are most often mentioned as possible cuts.

The Rebels are in the spotlight after conceding 129 points in losing their first two games. The Western Force has a best placing of seventh in their 11 years in Super Rugby.

Matches in this weekend's third round between the ACT Brumbies and the Force, Queensland and the Christchurch-based Crusaders and the New South Wales Waratahs and the Durban-based Sharks could add to the debate.

Meanwhile, Australian Rugby Union delegates will take a wish list to the SANZAAR executive board meeting expressing their view of how the tournament should be reorganized. That is expected to include a call for the current four conference system to be reduced to three conferences and an attempt to lock in eight home games per season for Australian teams, including home-and-away derby matches.

Wallabies coach Michael Cheika is reluctant to say if the continuing poor form of the Australian teams is affecting the national side.

"Nothing stops chaps stepping up to the mark and tackling people and putting that mark on the game, whether we're a national playing in five teams or four teams," Cheika said. "Sometimes we look too much for excuses."

But Cheika concedes interest in rugby in Australia might be falling because of Super Rugby's conference structure. The biggest crowd drawn by an Australian team this season was the 15,000 that watched the Reds beat the Sharks, and television audiences are in decline.

"There is no doubt that with the current structure interest is being eroded," Cheika said. "But that doesn't mean we can't have a more interesting structure with five teams. We did before."

Outside Australia, the best match of the third round will likely be the New Zealand conference derby between the unbeaten and defending champion Hurricanes and Chiefs in Hamilton on Friday.

Apart from the Sharks, South African teams are favored this weekend by matches against weak opponents: The Lions face the Jaguares in Buenos Aires, the Cheetahs play the Sunwolves in Bloemfontein, South Africa and the Stormers meet the Southern Kings in Port Elizabeth.