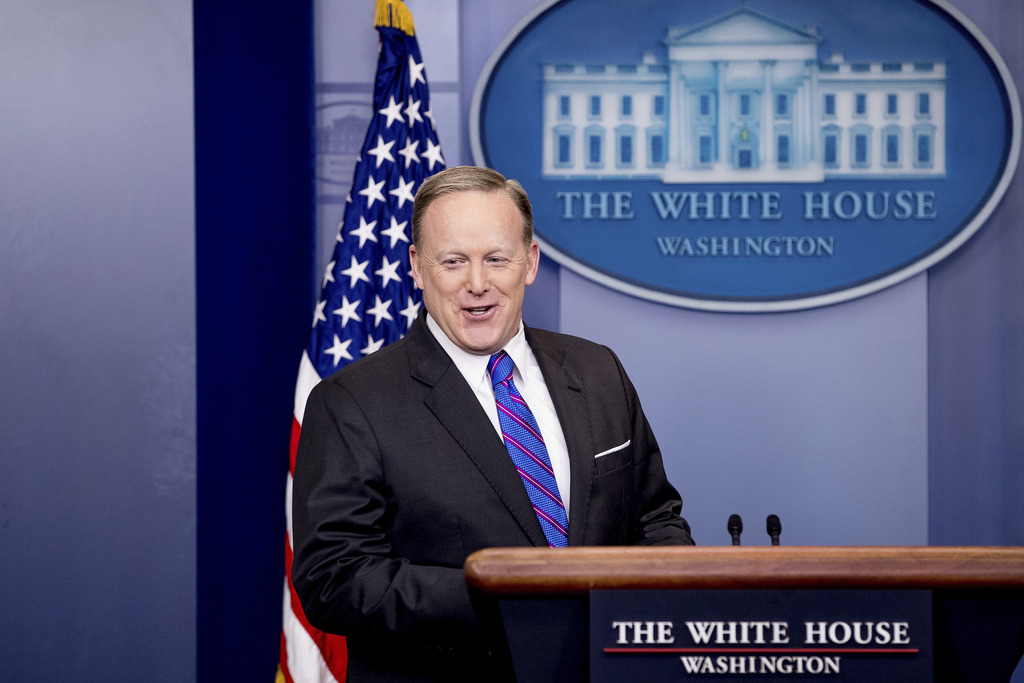 WASHINGTON (AP) — The White House is struggling to answer whether it believes President Donald Trump is the target of a counterintelligence investigation.

When first asked whether Trump is the subject of such a probe, press secretary Sean Spicer said the White House needed to find that out. He said that's why Trump has asked Congress to include that issue in its investigation into Russian involvement in the 2016 campaign.

Minutes later, an aide handed Spicer a note, prompting him to revise his response.

Spicer then said the White House has no reason to believe Trump is the target of "any investigation, whatsoever."

Over the weekend, Trump alleged on Twitter that then-President Barack Obama had Trump's telephones tapped during last year's presidential election. Trump cited no evidence. An Obama spokesman denies the allegation.