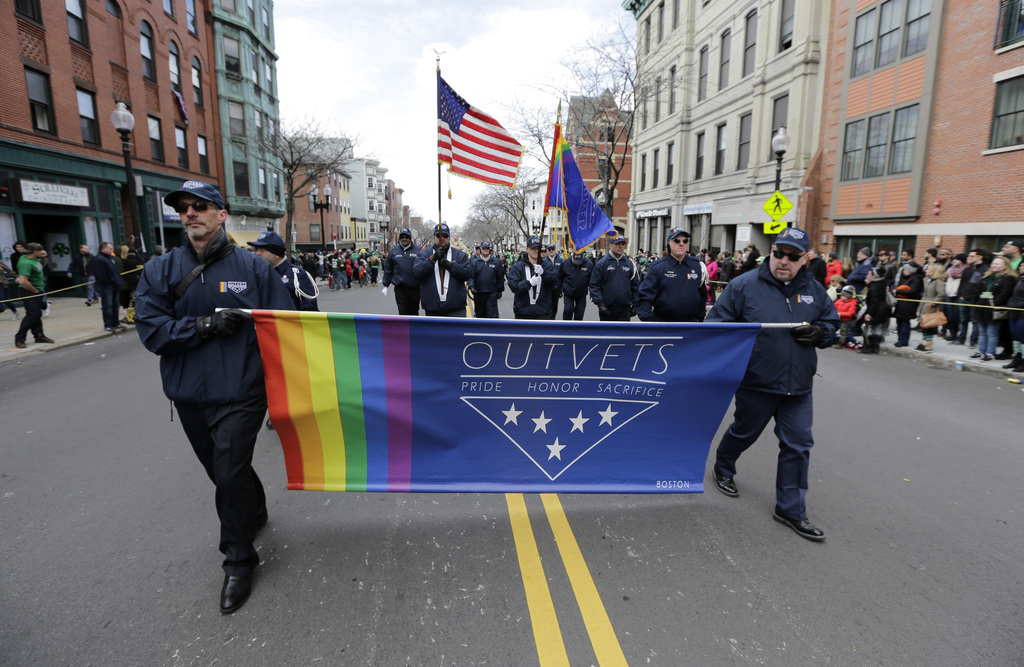 BOSTON (AP) — The Latest on the decision by the organizers of Boston's St. Patrick's Day parade to deny permission for a gay veterans group to participate (all times local):

The decision by the organizers of Boston's St. Patrick's Day parade to bar a group representing gay veterans from participating is leading to more political fallout.

Republican Gov. Charlie Baker said Wednesday he would not participate in the March 19 parade if OutVets was excluded. He says denying veterans the chance march in a parade that honors veterans "doesn't make any sense."

Democratic U.S. Rep. Seth Moulton called for an outright boycott of the parade.

This year's Chief Marshal also stepped down in light of the vote to bar OutVets. Dan Magoon, executive director of Mass Fallen Heroes, says the freedom to hold the parade has been won by the spilled blood of all veterans.

Boston Mayor Marty Walsh previously said he would not participate if OutVets was excluded.

The organizers of Boston's St. Patrick's Day parade made history in 2015 when after decades of resistance they allowed a group of gay veterans to participate.

Now, that group, OutVets, say they have been denied a spot in this year's parade scheduled for March 19.

OutVets said on their Facebook page that "While the reason for our denial is unclear, one can only assume it's because we are LGBTQ."

Ed Flynn, a member of the South Boston Allied War Veterans Council, the parade's organizer, says he voted to allow OutVets to participate. The vote Tuesday was 9-4.

The Navy veteran said he was "saddened and outraged" that the council "voted to turn back the clock on equality."

Emails and phone messages for the council were not immediately returned Wednesday morning.